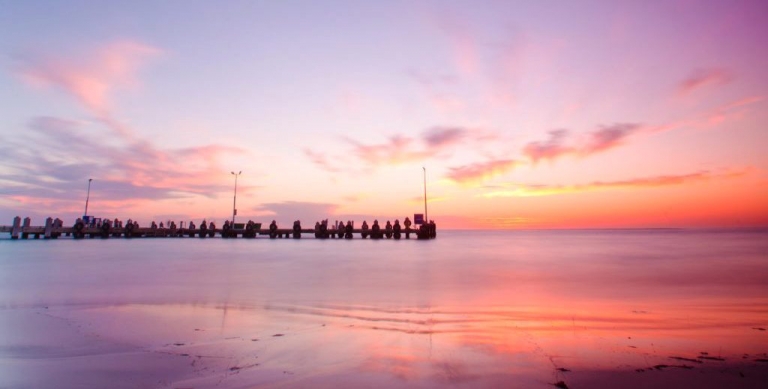 Australia was home for us for four years and this enormous country-continent holds a very special place in our hearts.

Australia is HUGE, absolutely enormous and comprises six different states. Click here if you want to see some maps on how many other countries can fit into it.

It’s so big that it has three different time zones and is so immensely diverse in geography that its nature ranges from red soils to white beaches and tropical rain-forests to deserts. The country has some of the deadliest animals in the world but have no fear, they’re probably more scared of you than you are of them!

Many people think its capital city is Sydney but it’s actually Canberra which was specifically planned and designed. For me Canberra holds no charm and there is nothing of huge significance to see which is why many travellers opt to avoid it.

Given Australia’s landmass, it is actually one of the least densely populated countries in the world with a total population of just twenty-five million.  It’s colonial history makes it a contentious issue as currently just 3% of the population is Indigenous Aborigine. The country suffers from systemic and institutional racism and the treatment of its Indigenous population is always being called into question.

Australia is the most expensive country we’ve ever lived in and it’s extortionate charges make it a challenging country to visit.

What to Know about Australia

Australia doesn’t hold an official language however 72.7% of the population speak Australian-English. Only twenty from two-hundred and fifty Indigenous Australian languages are thought to still be spoken.

Where To Stay In Australia

These sites offer you the chance to swap homes with other people which significantly reduces all costs. Some homes also offer car swapping too.  You might need to pay an annual fee of up to £70 but this is small change in comparision to forking out for accommodation.

How About Working For A Free Stay

Have you thught about exchanging work hours for free accommodation, some meals and time off to explore a new country?

Many (non-hotel/booking site) memberships provide discounts on hotels and hostels worldwide. Often you simply type the membership/discount code in a coupon box when booking online. Some programs that offer discounts include:

Booking Platforms That We Use

These are the platforms that we use the most. They each have benefits and it takes time to compare the deals on them but always look for good & honest reviews and look at the booking conditions.


See our posts from Australia