How To Find Cheap Air Fares

How can you book cheap air fares? Do they even exist? This is (hopefully) a really, amazing & constructive guide into booking budget air fares & how to get a good deal.

Be Flexible In Your Attitude

If you can be flexible with your dates, destinations, who you fly with and whether you fly direct, you can often save yourself hundreds of pounds.

How To Find The Cheapest Destination

If you’re not fussy about where you go, use the map function to get inspiration for cheap destinations. We’ve found this is the easiest way to get cheap travel deals and it was the way we discovered Madeira.

I know many think this is a myth but that’s not so. How do I know, because I’ve often used four different devices to search for flights and the device that uses incognito mode gets the cheaper deals or even the more prevalent deals.

Once a travel site’s algorithm gets wind of you searching, it often increases the prices. The only website for which this is not true is Skyscanner.

Be Aware of WHO Owns The Travel Company

Now, let me ask; did you know Expedia, Orbitz, and Travelocity are all owned by the same company? If you’re using the same company to search with, just three different times, you’re just going to wind up with exactly the same search results.

Try To Fly At The Cheapest Time Of Year

We all know that holiday seasons, school holidays, religious festivals and cultural events make a huge impact on airfare prices, right? Airlines exploit the number of people who want to travel and where there’s more demand, prices rise.

It really does pay to be flexible and book further ahead. Here are the cheapest and most expensive months to fly by region:

Book Sooner Rather Than Later

Being organised really does work! Sorry.

Flights rarely get cheaper closer to the departure date, unless of course, you manage to book the night before. On average, tickets purchased within 30 days before departure skyrocket in price.

There is a sweet spot for booking flights and that appears to be between 29 and 104 days in advance.

Booking early is more useful when heading to a smaller airport or destination with less competing airlines.  On average each flight’s price will change 62 times before departure.

Both Skyscanner and Cheapair offer a free tool to find out how far in advance you should book a flight for a specific route (UK only).

But Don’t Buy Too Soon

The airline industry makes fares available 331 days from the departure date although they rarely deduct a discount that early on.

If you’re hoping to catch a last-minute bargain, don’t hold your breath, unless it is literally the night before the flight. If an airline realises a plane is half-empty days before departure, they may run a flash sale but this is becoming far more rare.

As soon as you decide to travel and have picked your destination, set up a price alert on Skyscanner to keep track of any price drops.

Throw Away tickets are also called hidden city tickets and technically they violate most airlines contract of carriage. Whilst the US has threatened customers in the past, this loophole does still exist, although I would hesitate caution at using it.

Hidden city tickets work by discarding a portion of a flight that you don’t need in order to book for a lower price. For example, if you want to get from London to Naples, but find out it’s cheaper to fly to Naples with a connecting flight to Rome, you simply don’t get onto the connecting flight on purpose. This technique only works with 1-way tickets and carry-on luggage (otherwise the checked luggage ends up in the final destination).

These may only last several days (or even hours), so book it as soon as you see it. Wait until you have received the confirmed tickets before booking accommodation and car rental (or use a site with fee-free cancellations). Airlines will generally honour their prices, even if they’re temporarily incorrect.

I am a member of Jack’s flight club and every day I am drooling over the flight prices. We even managed to get FOUR return tickets from Dublin to Toronto for £1000 (sadly we couldn’t go because of the dog but we still got them).

Don’t worry if you couldn’t book nine months in advance because you can still get a last-minute bargain with some of these online providers:

We love writing content for you and by sharing and saving our posts, you help us to write you more. 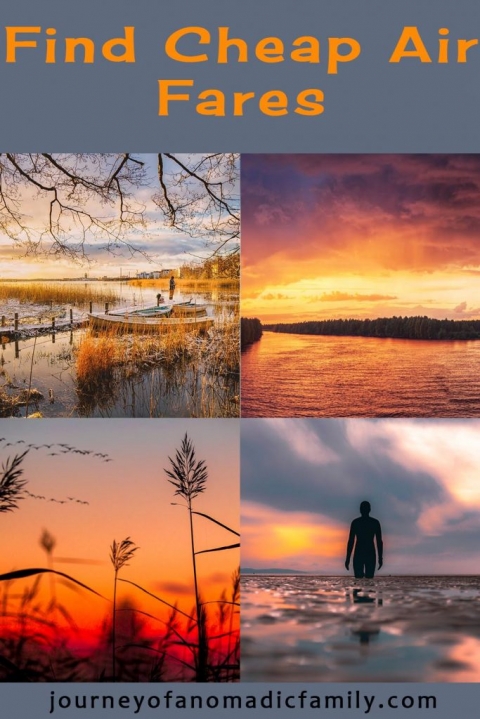