An afternoon in Omis without the kids!!

Our kids refused to come and spend time with us in Omis. They’re becoming more autonomous so we seized the moment and took to Omis to explore, together. Just the two of us!

Their refusal to come & explore this delightful town, just south of Split, meant that Rich & I had an entire afternoon to ourselves. It doesn’t happen very often and it was bliss 🙂

If you’re visiting Omis, here’s what you can do (with or without kids!). 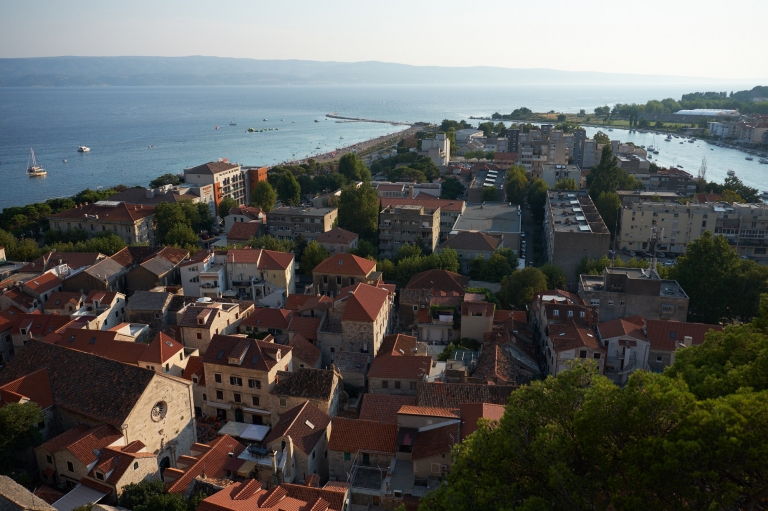 Explore the old town of Omis

Omis, which is pronounced Omish, is roughly 25km from Split, Croatia’s second largest city.  It’s name is still a bit of a mystery and it could mean place on the hill or donkey. Settlements date back to 500AD and like many Dalmatian Coast areas it has a turbulent history with pirates hiding around the river’s nooks and crannies, waiting to steal visiting boats.

Omis is often overlooked in preference to Split, Dubrovnik and even Kotor (opens in new link) and although it is similar to those places it is much smaller and thus significantly less touristy.

It will take you roughly an hour to explore the cobbled streets of the old town, pop into a few shops and maybe stop off for a drink. 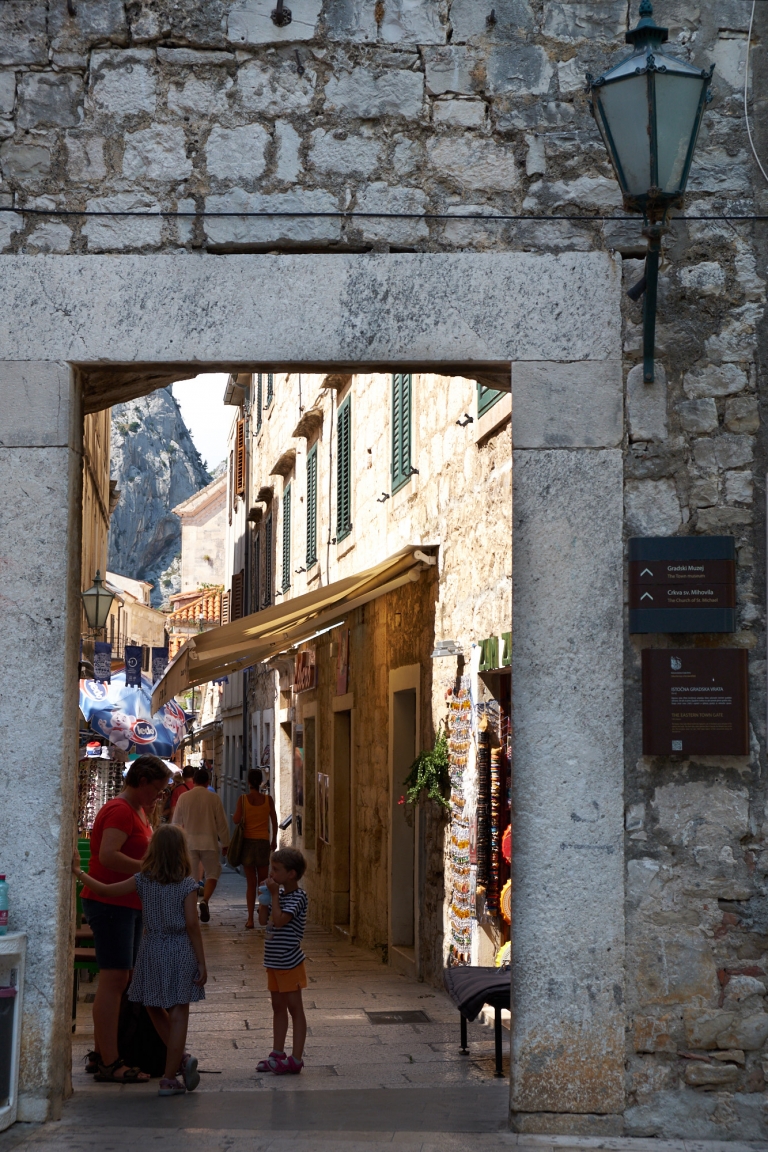 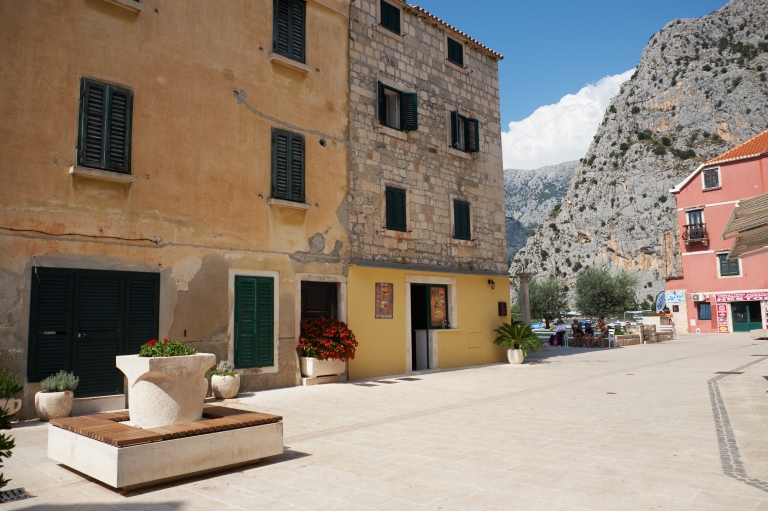 Voyage up the Cetina River

The Cetina River is 101km long and probably best known for its hair-raising white water rapids but don’t worry because the mouth of the river is wide and mostly flat.

There are a plethora of boats that you can rent yourself or have a tour in.  There are about four agencies alongside the river that offer group and private tours.

We took a group tour and spent a nice two hours cruising the waterway, stopping at a Croatian restaurant en-route for a glass of vino! 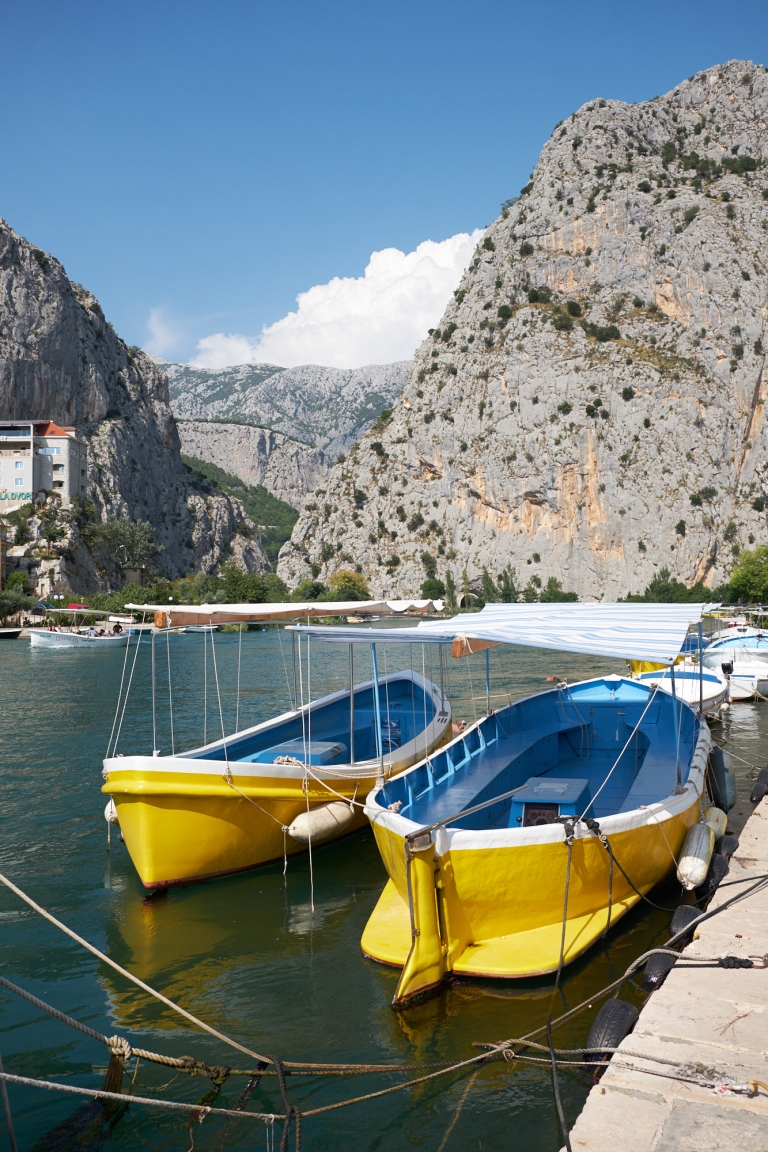 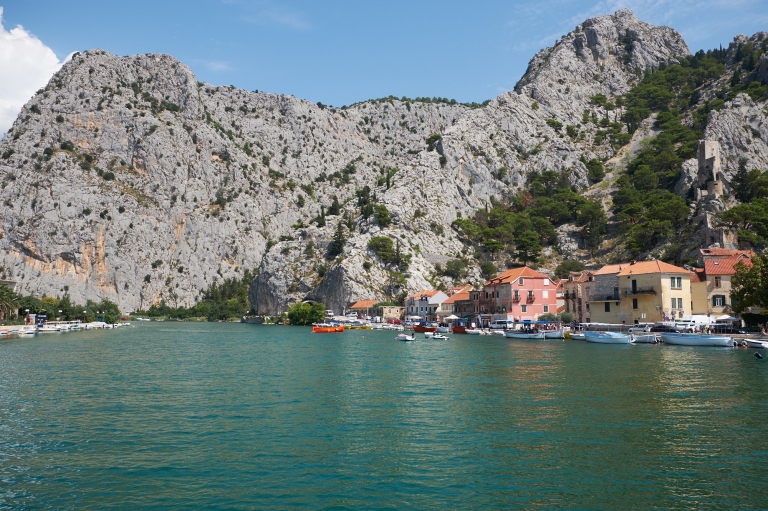 There’s a number of places where you can eat vegan food in Omis which surprised us.

These three restaurants all offer vegan food. They are within the walls:  Konig, Libero & Puljiz

Omis has not one but two castles both accessible by foot. We made it to one through the Old Town which is steep in places and definitely not pushchair/stroller friendly.

You can reach the very top of the spire by climbing up black iron ladders which are attached to the castle. Only go if you have a head for heights! 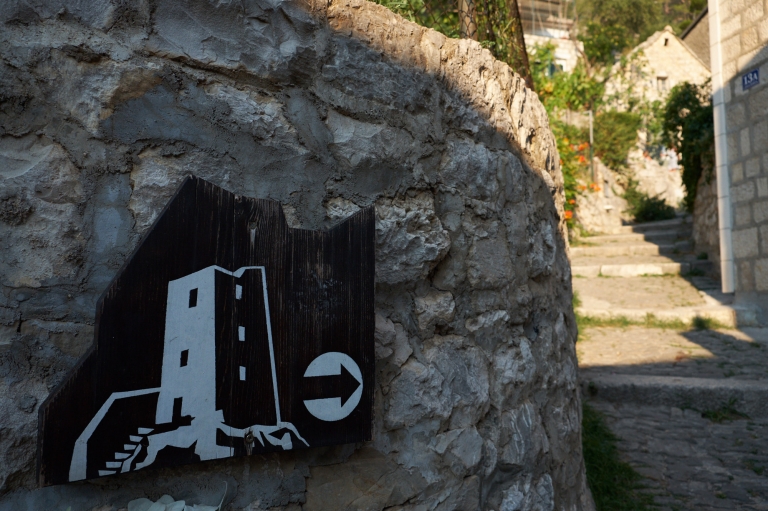 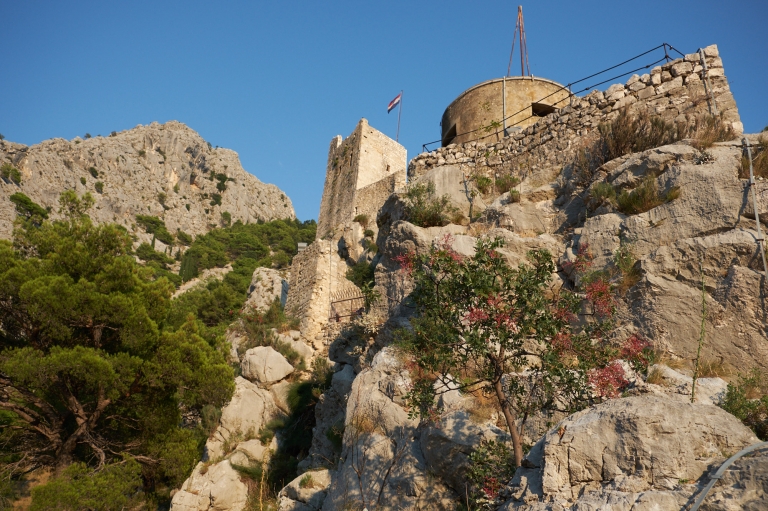 One of the castles

Panoramic view from the top

Walk by the river

You can walk from the mouth of the river near the beach, along the quayside and through the tunnels and past the little fishing huts. After that the road gets a bit dicey but it does make for a nice stroll. 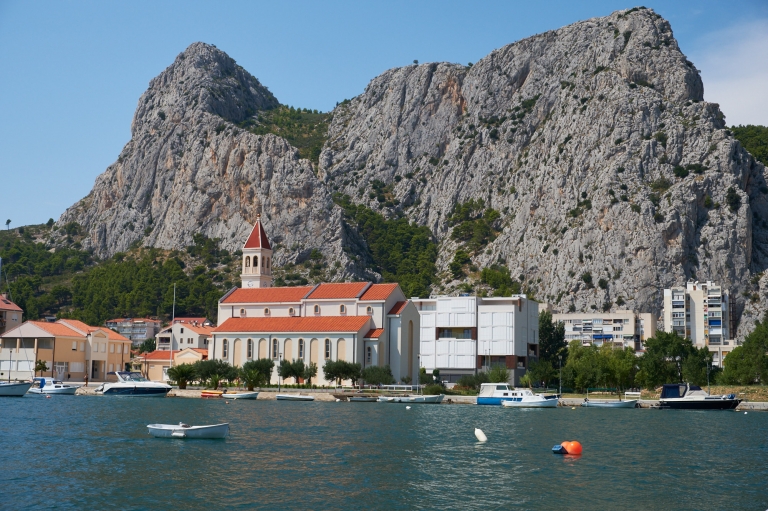 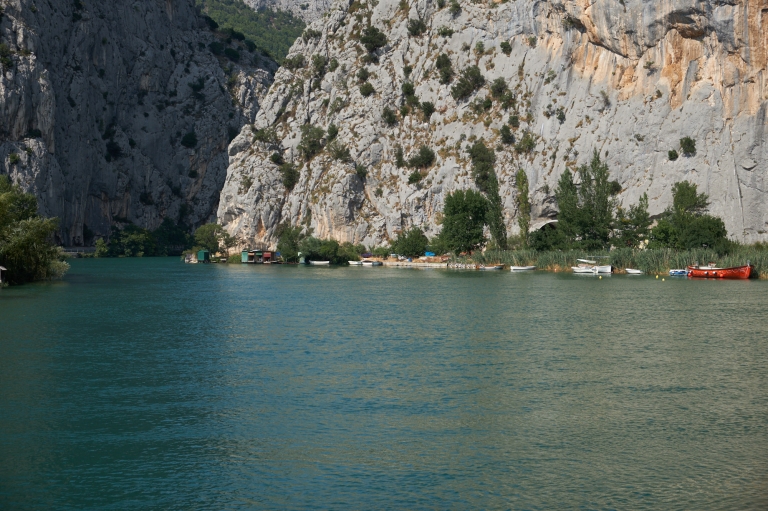 Go to the beach

The nicest beach in Omis is, in my opinion, not the city beach but Brzet Beach just a short distance away. Like all of Croatia’s coast line, it is stunning and hosts clear, shallow waters with tree lined banks. 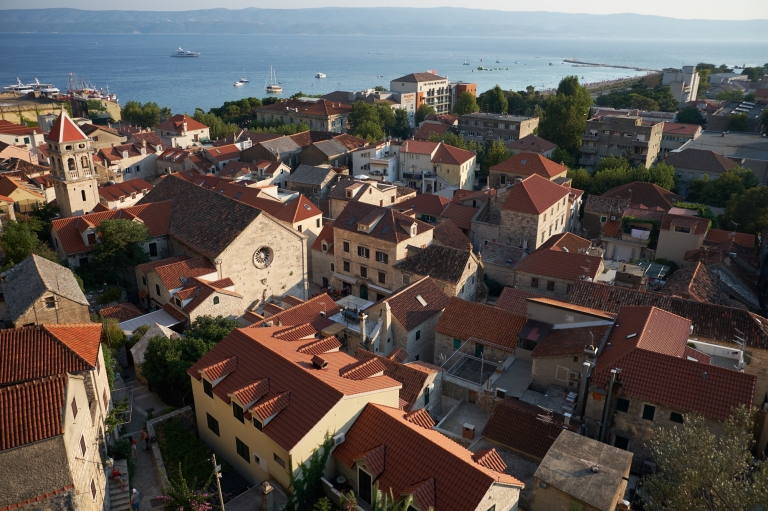 Try to beat the puzzle sculptures

In the Green Forest Park, which is next to the city beach are a number of interactive puzzles made from drift wood.  The creator of the unique didactic sculptures is a Bolivian artist Efra Avila who created the puzzles for all ages from kindergarten to adult.

Here’s a video of the park being opened and local school kids having a go at cracking the puzzles.

A very short clip from our trip up the Cetina River.

Heading to Omis? Add this to your Pinterest Board.