10 things we loved about LA

It has taken me thirty-nine years to visit LA (America)! I hasten to add that for at least the last fifteen of those years I have dragged my feet about visiting the good ole USA, muttering things about their disastrous foreign policy, bomb dropping, Monsanto, food quality, gun control, power happy law enforcement, scary border control and lately Trump. 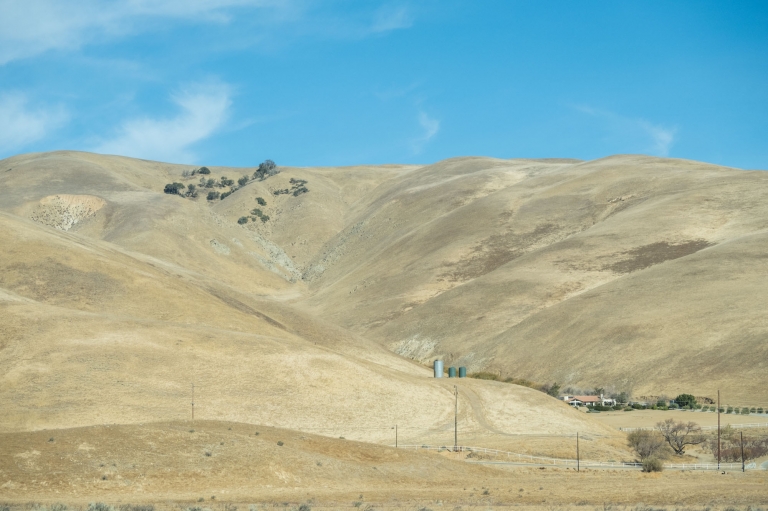 Yes, I was a very reluctant visitor but my kids have been plaguing to visit and when we found cheap flights with Norwegian Air I decided to take the plunge.

I was really prepared to hate it BUT, much to all of our surprise, I actually liked it and we had an awesome time.

Sure, all of the problems I mentioned above still exist (and it’s important to acknowledge that the USA does have significant inequality problems (much like the UK & Australia & Germany & pretty much every country)) but on a day to day level those problems are not all that visible. 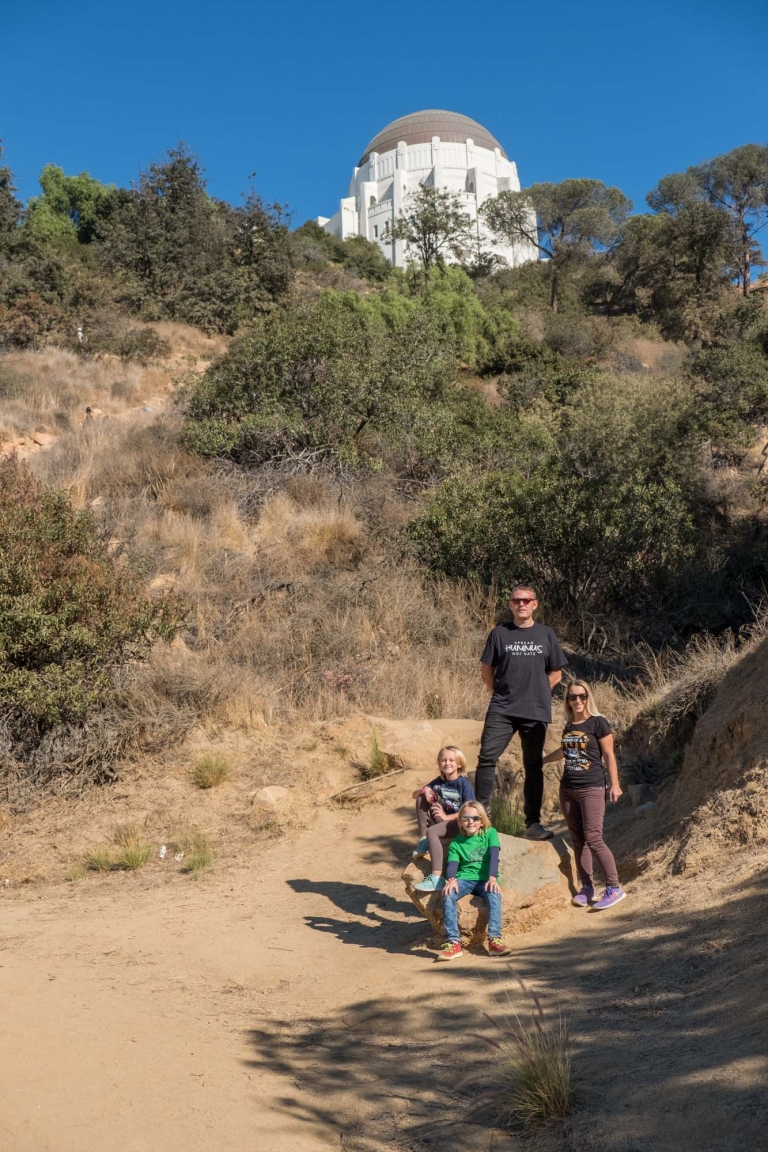 We spent two weeks in and around California and Nevada and later two weeks in Florida and Chicago. America is such a huge country and it’s much more diverse than I imagined so we definitely have plans to go back.

So, here are ten things that we absolutely loved about LA (and southern California).

The coastline around LA

Oh my heart! That coastline is phenomenal. We visited huge stretches of beach from Santa Monica down to Dana Point and always found something a little new and interesting.

1000 step beach is great for the butt and any beach is good for sunset. We had a great sunset every single day. 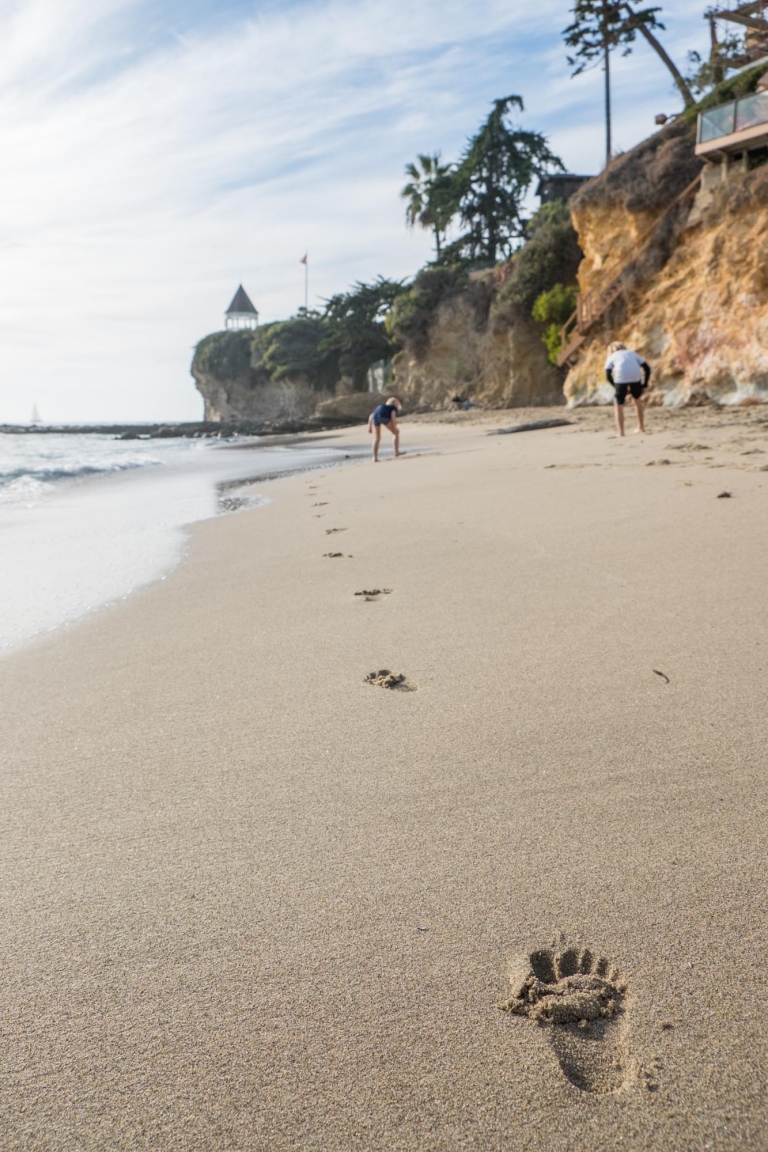 Kids playing on the beach south of LA 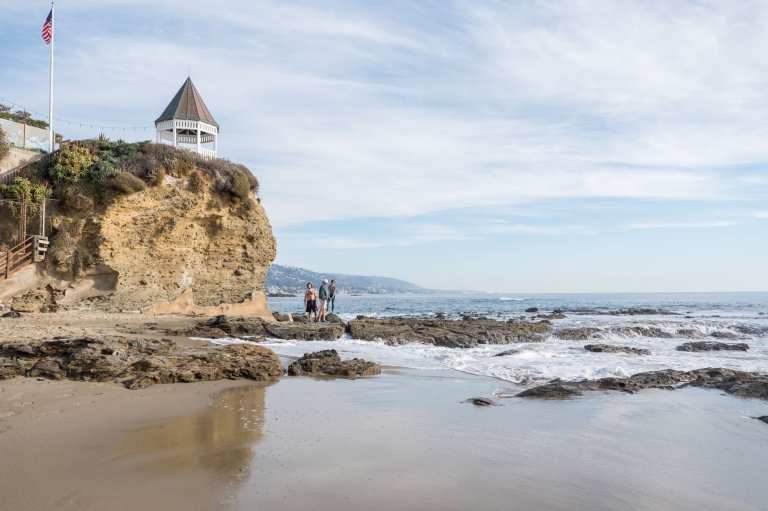 It’s not that fake

Maybe because we’re budget travellers we didn’t see the ‘glitz n glamour’ of LA but it really was not that fake.

I was warned that people will smile falsely at you and just pretend to be interested but I really didn’t feel that was the case.

I did not see any twerkers or plastic boobs and I didn’t see any plastic surgery bandages or even teeth that glistened day-glo in the sun! 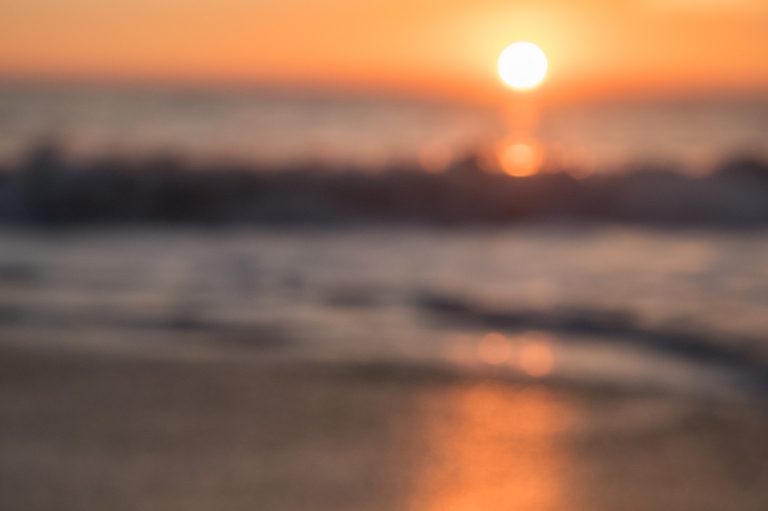 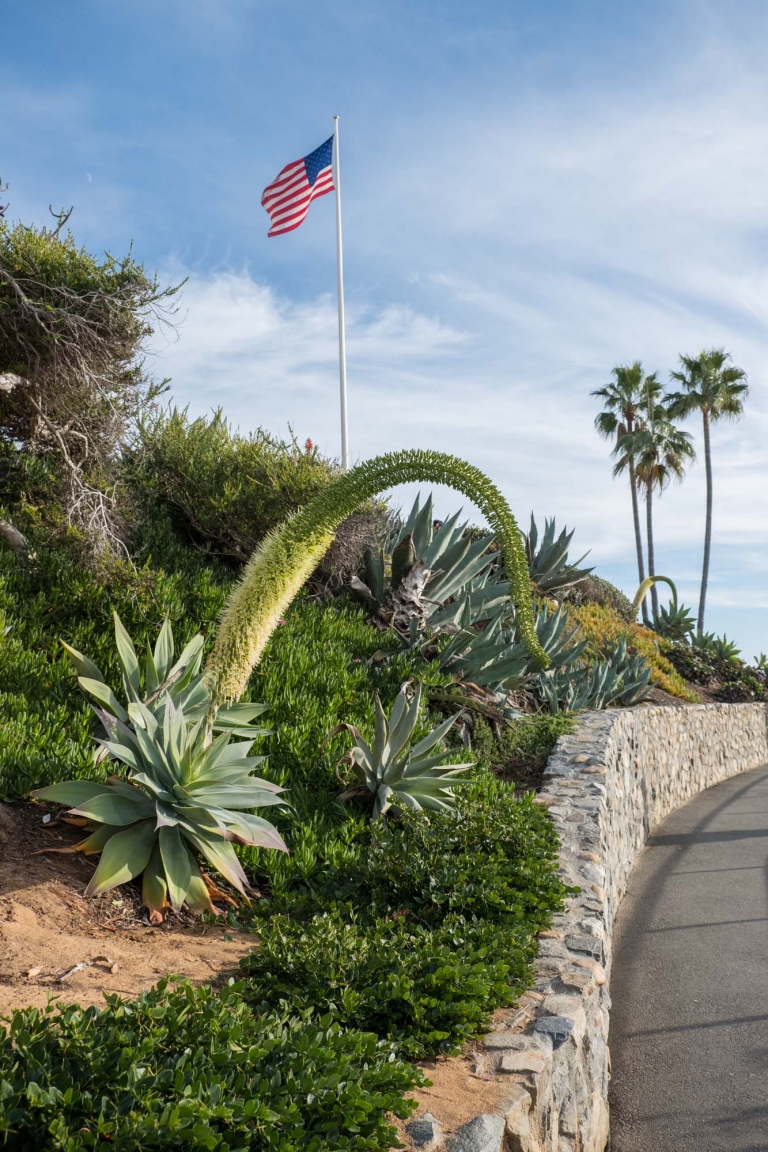 Coming from stiff upper lip Britain where commuters cannot make eye contact or muster a smile, the people in LA are friendly and welcoming.

People would strike up a conversation anywhere we went. They’d make eye contact and we had proper conversations about all sorts of things – although mostly dogs and hiking lol. 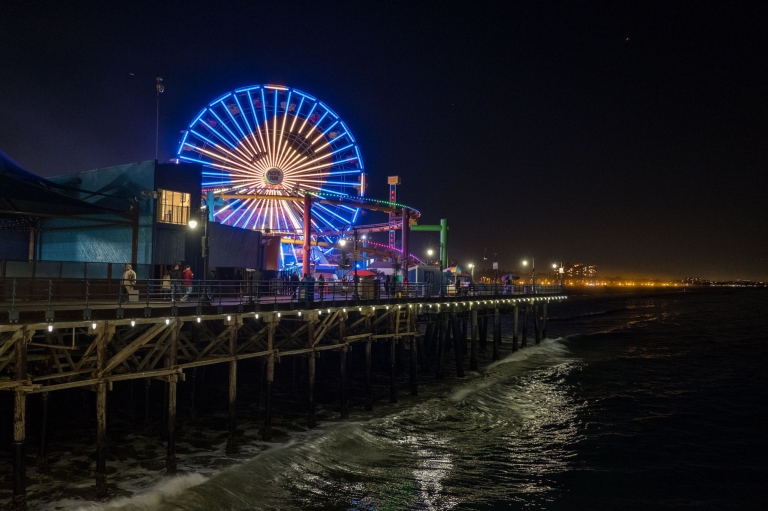 Holy whowzers! Customer service is amazing and they cannot do enough for you (or us and our food requests).

There was no problem with us being vegan because everywhere we went restaurants and hotels just swapped food in/out.

This is just one example, we wanted bagels with avocado but they came with smoked salmon. Instead we requested smoked tofu from a different dish and they did it with no complaints or pulling faces, no stroking their temples or saying they’d have to confer with the chef. It was just so simple. 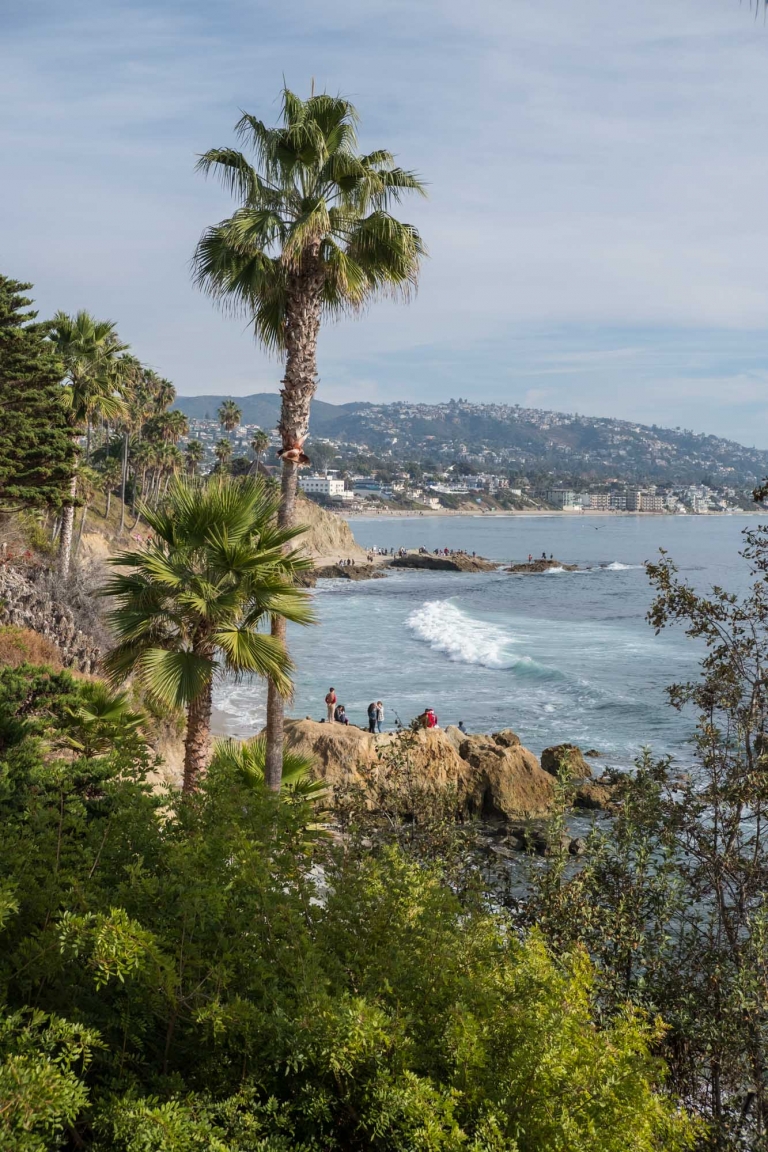 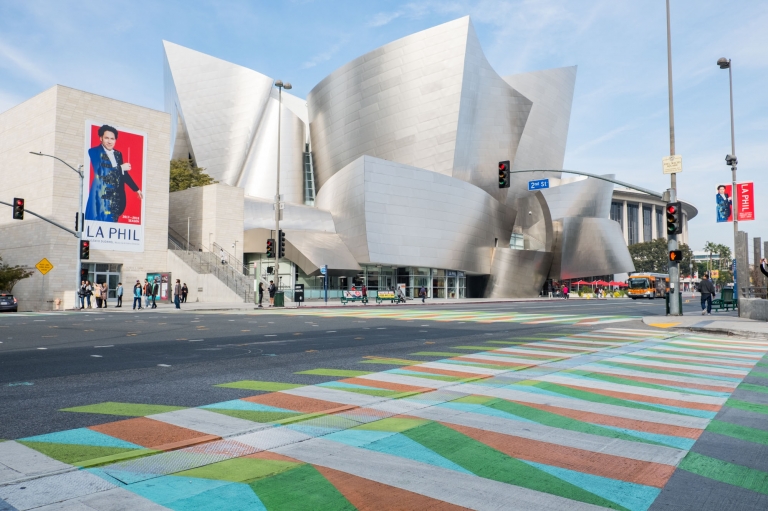 It was a joy to go anywhere because being vegan was simple. Not only could we go to pretty much any restaurant but there were also loads of vegan places too.

Sure we used HappyCow too to find a uniquely vegan restaurant but it wasn’t an essential because health food shops were just everywhere. 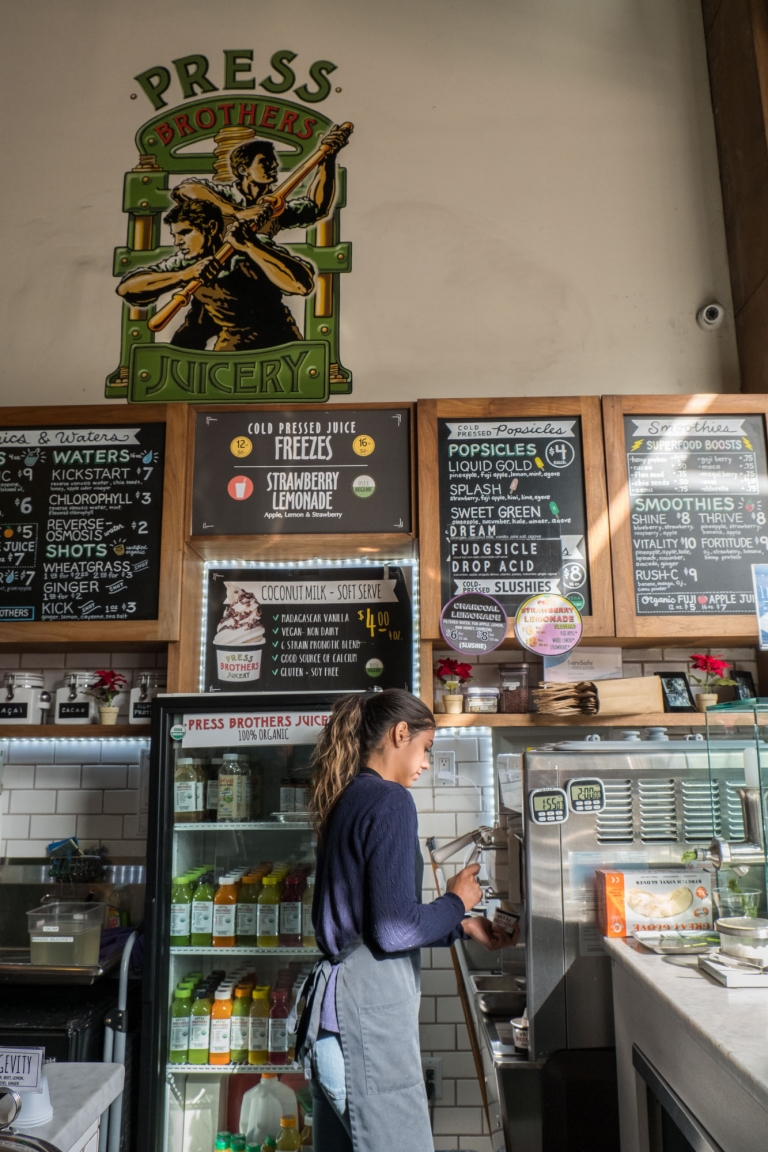 Vegan ice cream for sale in a juice shop 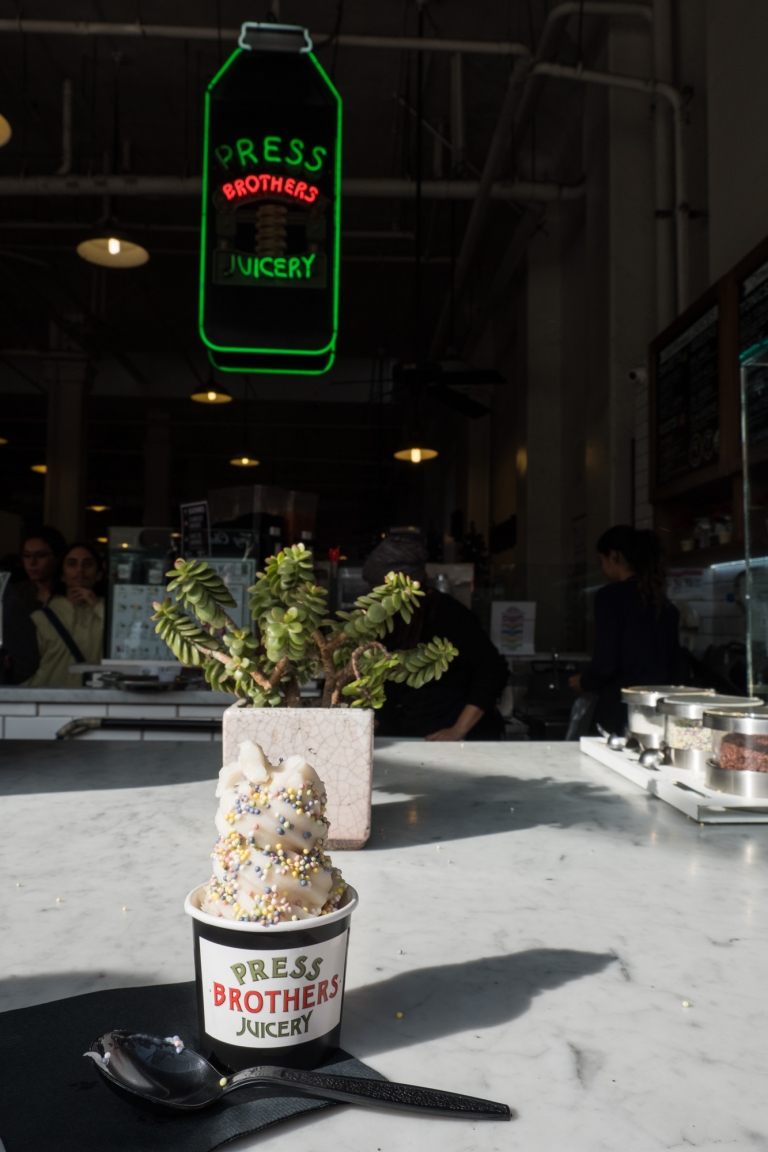 I thought London was multicultural but nope, not at all in comparison to LA. I thought LA was the most multicultural place that I’d ever visited (that was until we went to San Fran).

For me it feels so much more natural to have a whole mix of different people from different ethnicities and I feel much more at ease when it isn’t so white-centric. 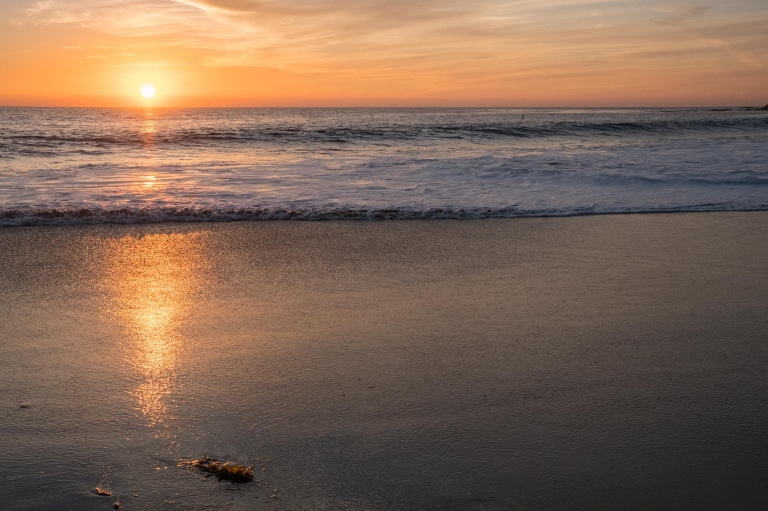 It is WAY greener than I thought it would be. There are trees, gardens and parks everywhere. Oh and flowers! There are beautiful, tropical flowers and plants nearly everywhere but especially on the coastal regions. 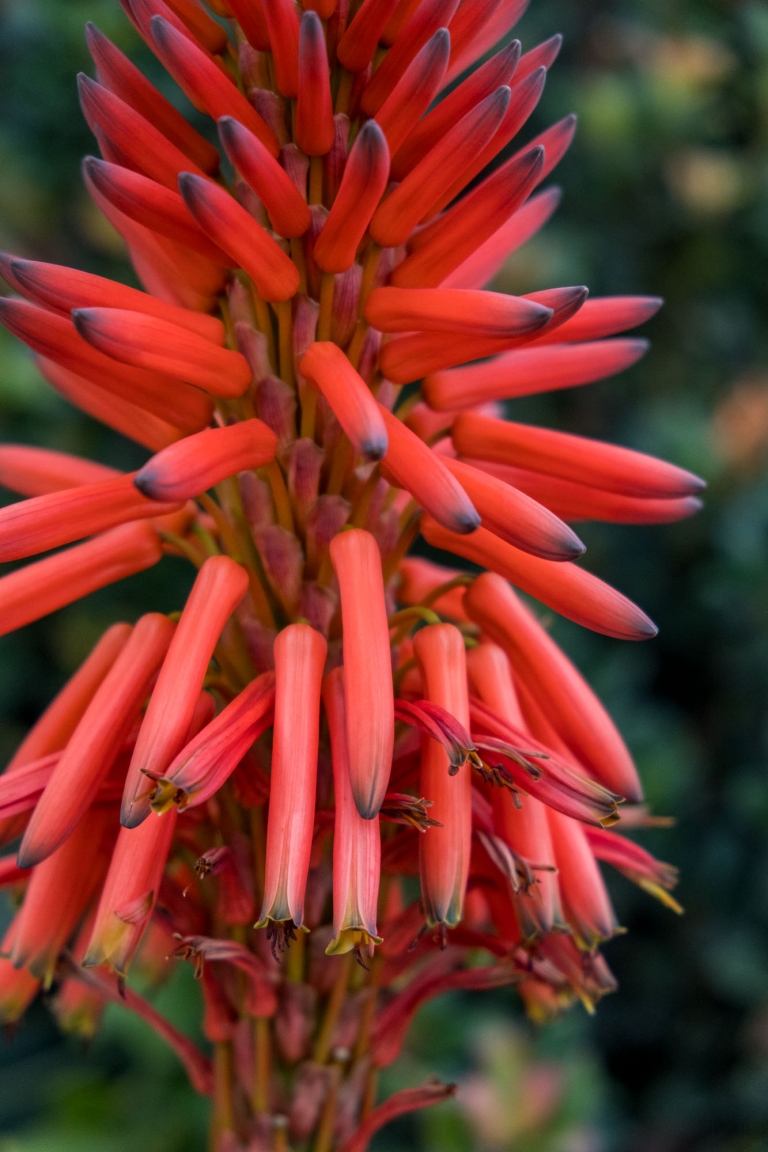 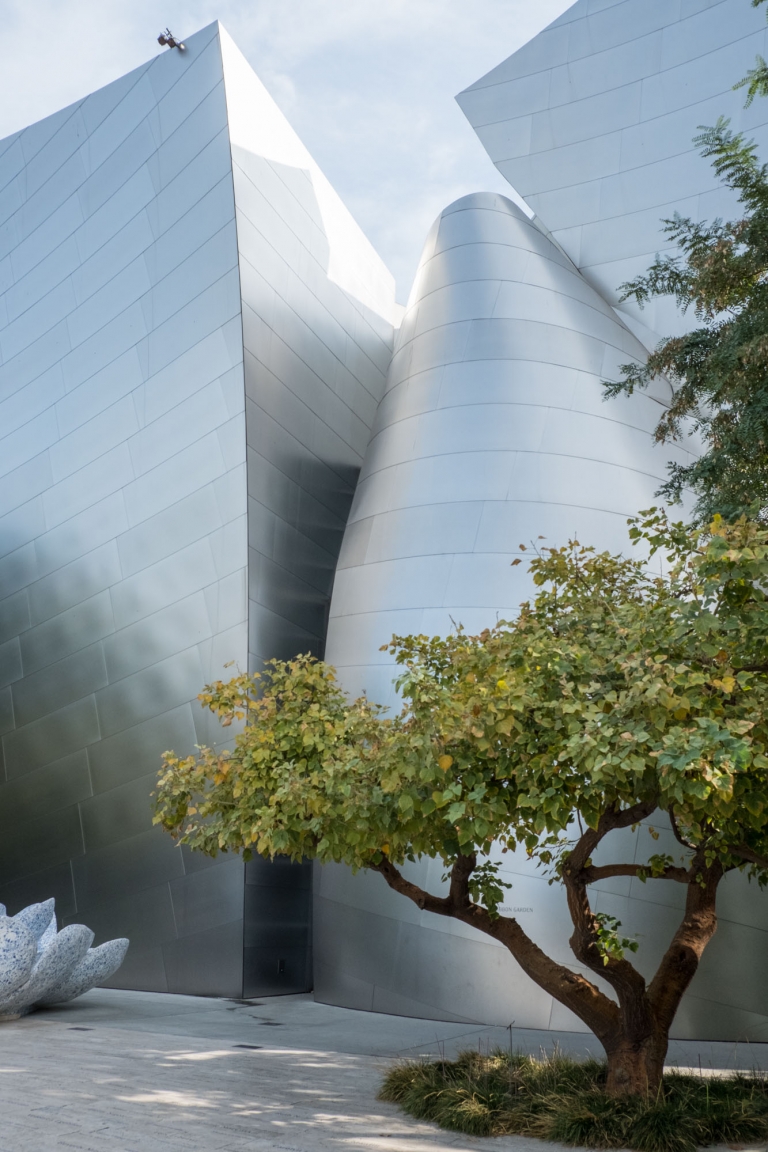 Maybe you’ll think I’m a little weird for this but the petrol pumps are funky – well in comparison to England and rural Europe.

There are large buttons which you need to press to make your selection and only ONE hose! They also auto-fill which saves you standing there holding the nozzle. Pretty cool. 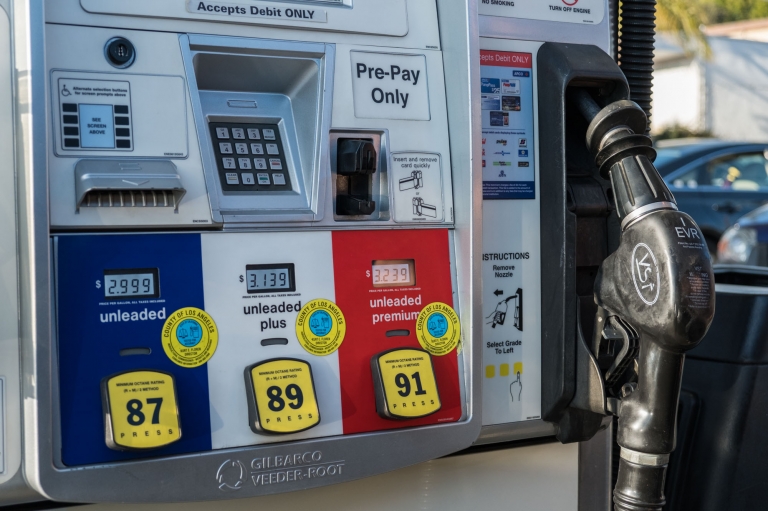 Now I’m not sure it’s worth off-setting $35,000 for (price of electric car) but I was sold on the concept of running a car for free. I might sit down and work out how much a typical petrol car costs later and see if it’s worth it.

You can also sign up to electric car sharing which I think is amazing.

I first learned about the GoodYear Blimp in Judy Blume’s ‘Sally-Anne Freeman’ book! HA! That was a long time ago. I was mermerised by the thought of a blimp floating on helium and then I saw a similar balloon in 007’s ‘A View to a Kill’ being wrapped around the Golden Gate Bridge.

We didn’t get a chance to go up in it (which I’m super disappointed about) but seeing it in the skies above LA was wonderful and we’d all love to go back and go up in it. Who wouldn’t, right!? 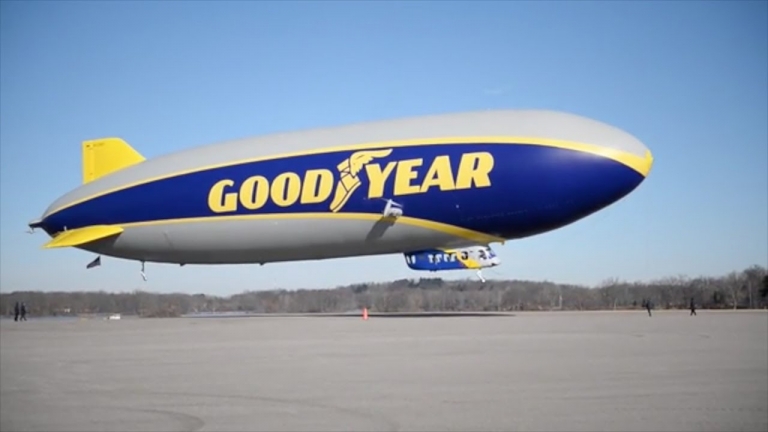 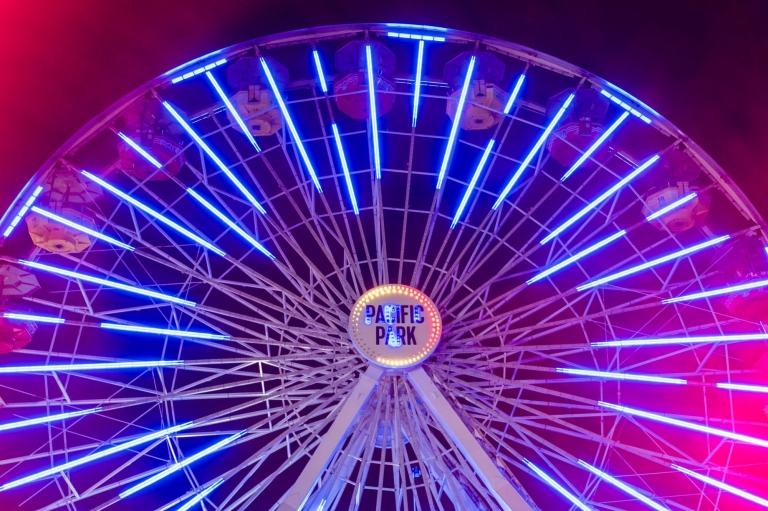 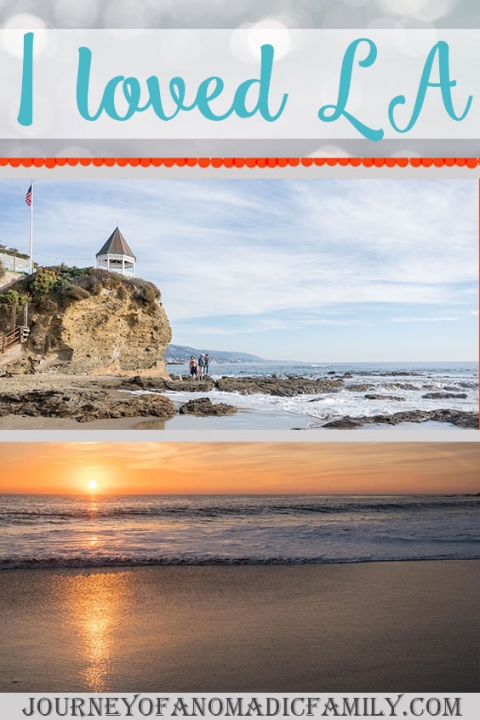