Tower Skydeck Chicago. Should You Visit In The Winter?

The description for Tower Skydeck Chicago reads “The 103rd floor of the former Sears Tower with clear observation boxes & views extending to four states“… that is if you visit it on a clear day and not in the middle of winter! So, what can you expect to see from the Skydeck if you visit in winter?

Where Is The Tower Skydeck in Chicago?

The Skydeck is in the Willis Building, right in the centre of downtown Chicago. It’s on the 103rd floor, 1,353 feet high.

Which Ticket Do You Need To Visit The Tower Skydeck Chicago?

The first four of these tickets can be bought at the Skydeck or online via their website.

Book your cheap accommodation in Chicago


Is SkyDeck Better Than The 360 Chicago?

Check out 360 Chicago here and see whether you think it’s better than the Skydeck. You can also use the Chicago Explorer Pass which is valid for 30 days to see 360 Chicago, alongside twenty-four other attractions.

What can you expect from visiting in winter & springs months? We visited in April, which is technically spring, and we saw nothing. Absolutely nothing! We were aware when buying the tickets that the cloud coverage was thick and low but we still opted to go up.

Why? We only had a few days in Chicago and that was our last day to visit the Willis Tower.  So we saw nothing but still had a fun time. There are loads of facts and pretty pictures of what it’s supposed to look like to keep kids entertained with. Plus it’s warm up there and Chicago in April was REALLY cold.

Other Things To Do In Chicago

I’m sure that when the view is spectacular the view is a lot clearer and more scary looking down on the 103 floors below you but when you’re surrounded by cloud, it’s just funny lying on a glass ledge. If the wind is strong you can actually see the clouds whisking past

See what other activities you could get up to in Chicago

Should You Still Go?

Despite seeing nothing, we still had fun, there were virtually no queues, it took us just a few minutes to get onto the ledge, we learned some facts about the heights of other buildings and then went for pizza. So, should you go? Sure, why not. You might get fortunate, the cloud might pass or even better, the cloud might sit below you, and you get some great photos of the building spires.

Plus did I mention it’s really warm in there? If you go to Chicago in winter/spring, wrap up warm! It’s freezing cold.

Book Accommodation In Chicago Through AirBNB

Use This Image To Pin 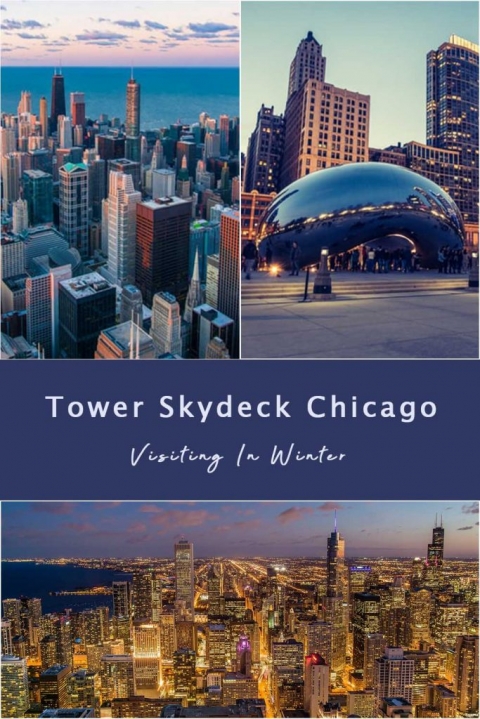 Spread the love
Posted in America
« There’s An Actual Archaeological Dig In Sudan That You Can Visit At The Nuri Pyramids
Visiting Croatia’s Fun Park Biograd, Near Zadar With Kids »