50 Things To Do In Hartlepool With Kids

The port town of Hartlepool, close to County Durham Northumberland, is a great place for a day trip, a long weekend or even a holiday. If you’re looking for ideas on things to do in Hartlepool with kids, read on for our top suggestions. 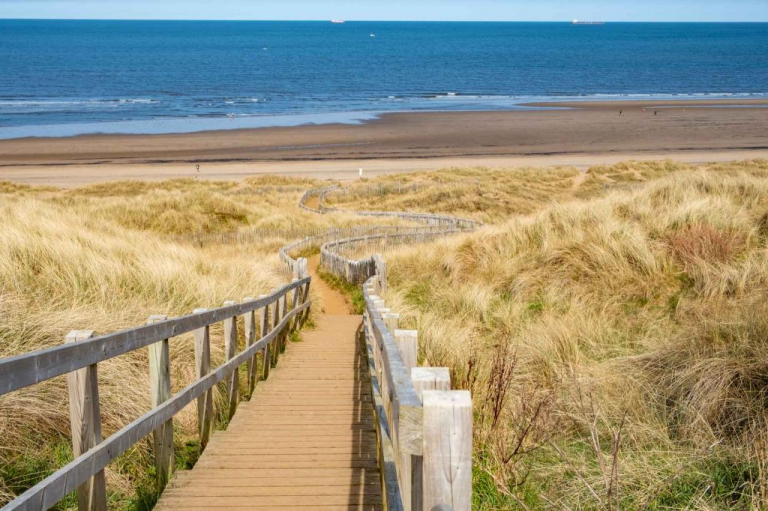 From being heavily bombed in WWII, to having a Danish mare and hanging monkeys, Hartlepool has a vast & interesting history.

Hartlepool town was first founded in the 7th century, around the medieval monastery of Hartlepool Abbey. No Abbey exists now although St Hilda’s Church on the headland is built on the site.  The Abbey of Hartlepool was progressive as a double monastery of both monks and nuns, presided over from 640-649 by Hieu, the first female abbess.

Tales from Hartlepool suggest that during the Napoleonic Wars, a shipwrecked monkey was hanged by the people believing him to be a French spy! To this day, people from Hartlepool are affectionately known as ‘monkey hangers’ and the team’s football team has a monkey as their mascot. It’s still not known if the story is actually true although you’ll spot various monkeys around the headland and marina. 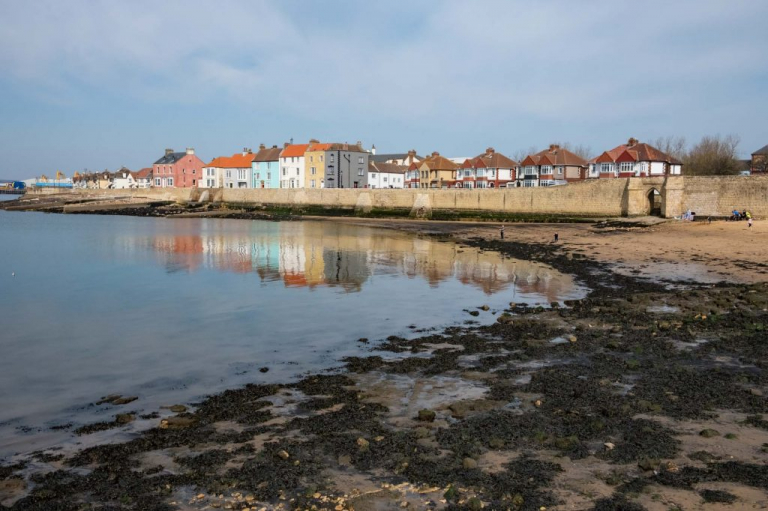 Hartlepool Marina is a hive of activity with a long parade of restaurants & cafes & a colourful, active marina with hydraulic opening gates.

You can have a cream tea aboard the HMS Watchful, throw some money into the monkey statue for local charities, watch boats come and go, learn to dive or jet ski and more.

At low tide, there’s a stretch of black sand at the front of the residential area, Mariner’s Point, and you can walk along the sea wall, Middleton Pier. 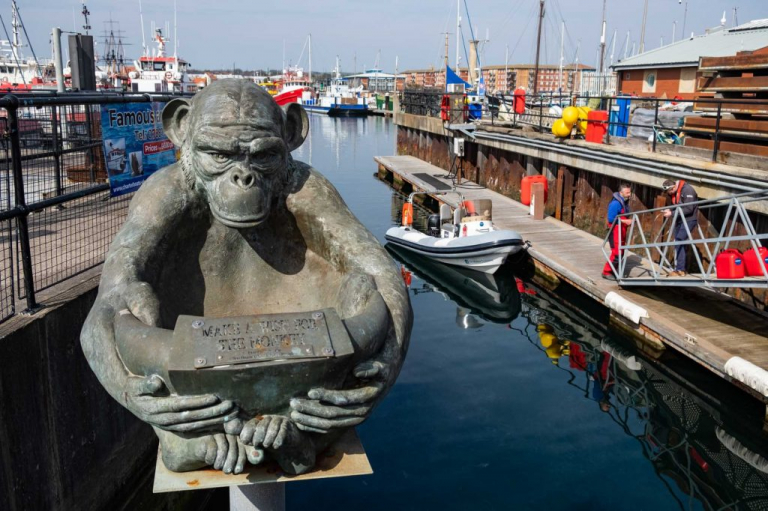 Despite being a stone’s throw from the marina, it’ll take you over 50 minutes to walk from the marina to the headland. It’s far easier to hop in the car and drive the 4-minute journey.

There is free parking around St Hilda’s Church and it’s pretty central to everything else.  From here you can walk the Town Wall, see the 6m high Sandwell Gate (founded in the reign of King Edward II) and visit the pretty little beach. The medieval town wall originally contained three gates and it is only Sandwell that has survived.

From here you can walk down Pilot Pier to see the lighthouse and then cross the Promenade & Sea Front Park along to the Heugh Breakwater Pier & beach.

Heugh is actually pronounced “Yuff”, the original Heugh Lighthouse was the first to be powered by natural gas produced from local coal mines although it is no longer intact.

Other things to see in this area are the Headland War Memorial, various monkey statues up high and the Heugh Battery Museum.  Hartlepool Sea Front Park is a nice spot for a picnic and the continuation of the promenade up to the white-sand beaches of Steetley & Crimdon. 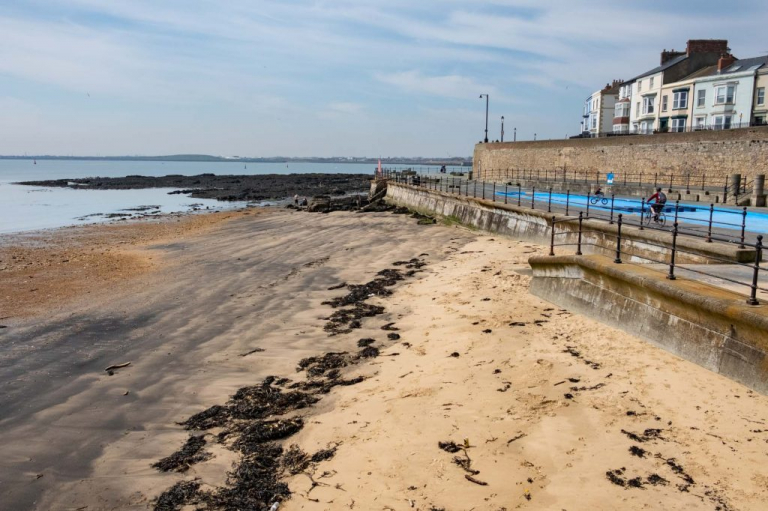 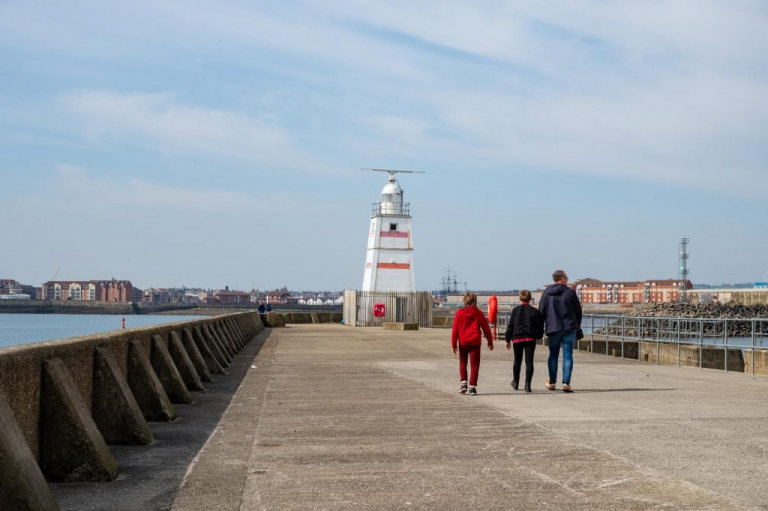 We visited Hartlepool the second weekend after England’s third national lockdown and it was incredibly quiet still. The town is surprisingly green, compact, clean & tidy and very few shops open on a Sunday.

The HMS Trincomalee is a frigate built shortly after the end of the Napoleonic Wars and the oldest warship still afloat in Europe. Entering Hartlepool Quay here you’ll be able to experience the 18th-century seaport and see how tradesmen like tailors, printers and instrument makers worked and how people spent their leisure time playing traditional games. 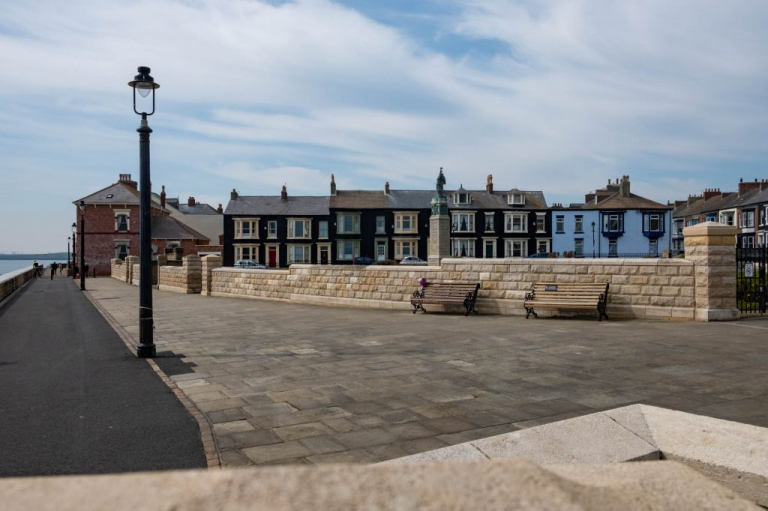 Hartlepool holidays with kids wouldn’t be complete without a trip to the heritage coastline. If you’re searching for things to do in Hartlepool for free, these should be top of your list.

Hartlepool benefits from an enormous expanse of white-sand beach that stretches all the way from Hartlepool’s headland seafront up to Blackhall Rocks and at low tide to Horden Beach. In fact, the beach is so long it’s divided into Hartlepools Seafront, divided by Steetley Pier and then South Crimdon Beach, Crimdon Dene Beach  & Crimdon Beach.

The beaches here are a delight; empty, clean and perfect for SUP boarding. There’s even a swing, big enough for two, underneath Steetley Pier.

The further north you go, the rockier the terrain becomes with rock arches and caves too. 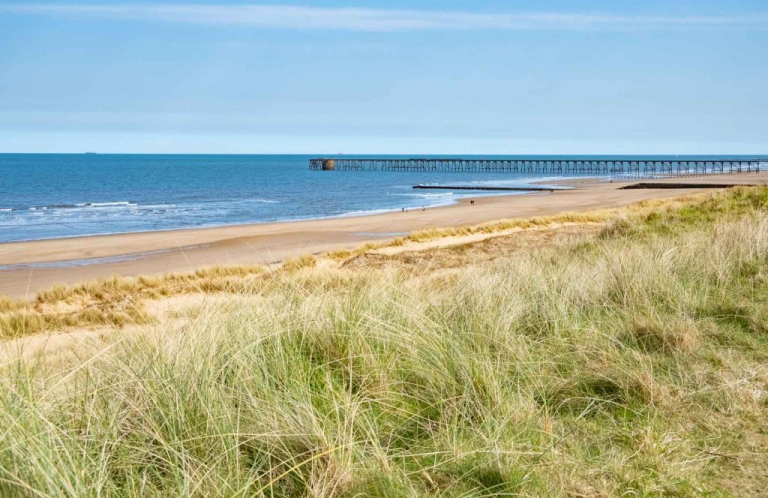 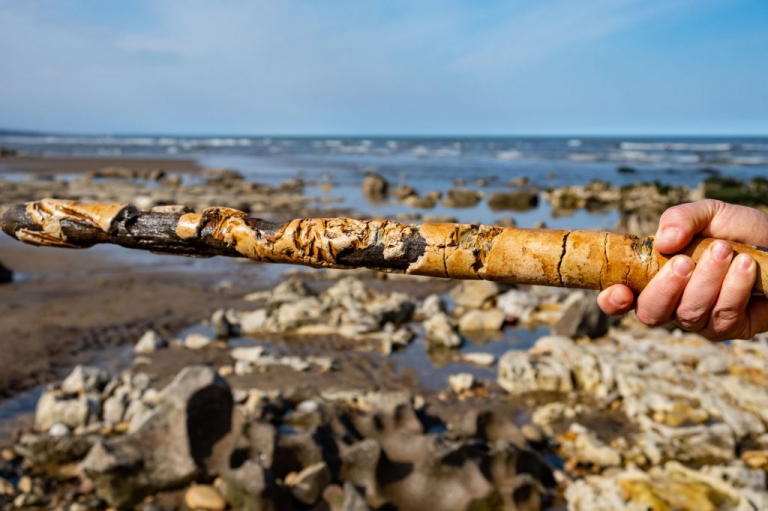 Fossilised stick that we found

Specific children’s activities in Hartlepool might be limited to parks and play parks though as it is just a large town.

Summerhill Country Park is the largest however Ward Jackson Park is delightful and has a duck pond and laid gardens, as well as a small, kids play park.

Both Family Wood and High Springwell Community Woodland are small woodlands great for short walks whilst Clavering Park and Play Area is a large green space with a kid play park and skate park and ramps too.  Crimdon Park, under the railway bridges, provides a nice, sheltered green space for a picnic and park games and from here you can walk to the beach too. 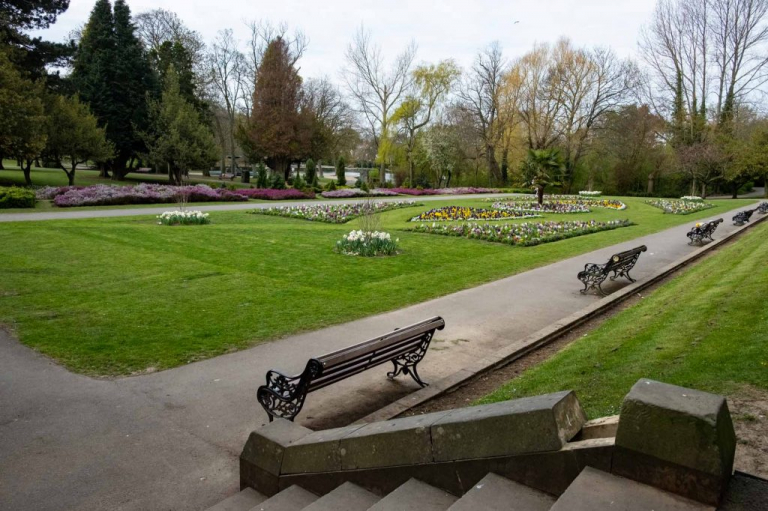 A 15-minute drive from Hartlepool is the Hartlepool EDF Power Station where kids older than 7 years can learn about nuclear energy & tour the centre. Bookings are essential three weeks in advance. 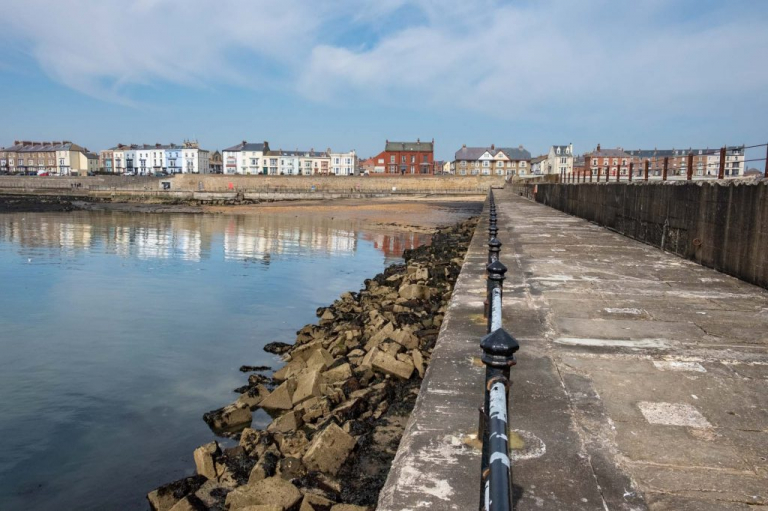 Walk or cycle on the disused railway from Hart to Haswell Walkway. The entire length is a 26.9-mile loop trail but you can walk small sections of it. 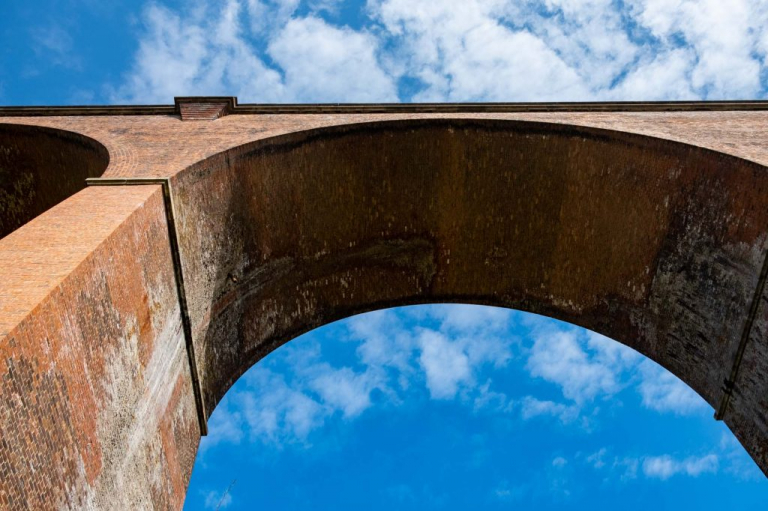 Where Could You Stay In Hartlepool With Kids?

If you’re looking for suggestions on where to stay locally, we stayed in this apartment in Mariner’s Point in the marina but you can search for other local accommodation using this interactive map too. 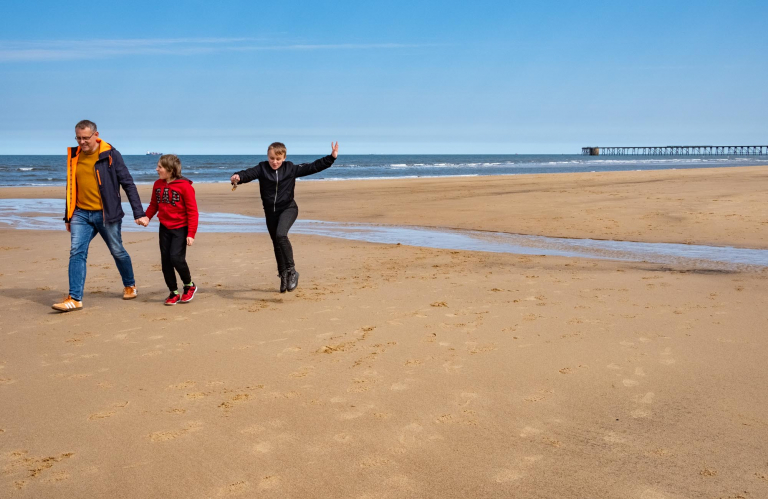 Skipping on the beach

Can You Pin This Post On Hartlepool With Kids?

Hartlepool with kids was remarkably cheap & we seemed to spend most of our time exploring the coastline and various promenades for free. If you’re looking for cheap staycation ideas in England and the UK, Hartlepool could be the place for you. 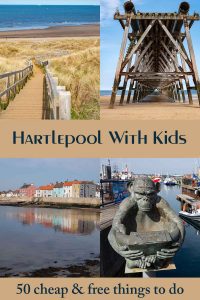 Looking for English staycations and cheap holidays in the UK? Have a look at our other relevant posts.