A Photo Journey from The Ledge Route of Ben Nevis

The Ledge Route of Ben Nevis involves a scramble up the north face. The Ledge Route was virtually empty in May and had it not been for the dense cloud coverage, it would have given way to beautiful views over the valleys that surround Fort William. This route is only advised if you have experience of scrambling & map reading, Photos taken with a Google Pixel 2, the best phone I’ve ever owned!

23 Photos From Scrambling The Ledge Route of Ben Nevis

As mountains go, Ben Nevis is not the prettiest and that is because it’s the remains of a volcano from the Carboniferous period around 350 million years ago. There’s evidence that the volcano imploded, resulting in a large stony plateau of about 40 hectares. Over the last few million years, the mountain’s form has been extensively shaped by glaciation which has resulted in a large number of towers and gulleys.

Allt a’ Mhuilinn River that runs down from Coire Leis. Ben Nevis in the background.

Charles Inglis Clark Memorial Hut in the background with the Carn Dearg Buttress. The Scottish Mountaineering Club’s Charles Inglis Clark hut was built below the north face (Ledge Route) in Coire Leis in 1929. Because of its remote location, it is said to be the only genuine alpine hut in Britain.

The north face of Ben Nevis is riven with buttresses, ridges, towers and pinnacles and contains many classic scrambles and rock climbs.

The north face contains dozens of graded rock climbs along its entire length, with particular concentrations on the Càrn Dearg Buttress (below the Munro top of Càrn Dearg NW) and around the North-east Buttress and Observatory Ridge. This is from somewhere on Gulley 5 which is accessible through scrambling.

Ben Nevis consists mainly of igneous rock from the Devonian period (around 350 million years ago). Inner Granite constitutes the southern bulk of the mountain above Lochan Meall an t-Suidhe, and also the neighbouring ridge of Carn Mor Dearg; Meall an t-Suidhe forms part of the Outer Granite, which is redder in colour. The summit dome itself, together with the steep northern cliffs, are composed of andesite and basaltic lavas.

Tower Ridge is the longest of the north face’s four main ridges, with around 600 metres of ascent. Castle Ridge, the northernmost of the main ridges, is an easier scramble, while Observatory Ridge, the closest ridge to the summit, is described as the hardest. Between the Tower and Observatory Ridges are the Tower and Gardyloo Gullies. The North-east Buttress is the southernmost and bulkiest of the four ridges.

Vegetation is limited to mainly mosses and lichens, many of which are arctic-alpine species. They include woolly fringe-moss which forms a dense covering on the boulders and ground. A variety of lichens and fungi including charcoal burner, golden waxcap and orange peel fungus allso survive the harsh conditions.

The summit of Ben Nevis is the highest ground for over 400 miles (640 km) before mountains in western Norway are reached, which contain many peaks higher than Ben Nevis. The summit is much higher than the Faroe Islands as well as the rest of the British Isles. The view from the UK’s highest point is said to be extensive, although clearly Ben Nevis didn’t get that memo! Under ideal conditions, the view can extend to over 190 kilometres (120 mi) and you should be able to see mountains such as the Torridon Hills, Morven in Caithness, Lochnagar, Ben Lomond, Barra Head and to Knocklayd in County Antrim, Northern Ireland.

The Pony Track (aka the mountain track) climbs via several small zig-zags to the saddle by Lochan Meall an t-Suidhe at 570m, then ascends the remaining 700 metres up the stony west flank of Ben Nevis in a series of larger zig-zags that criss-cross the face of the mountain’s western side.

Ben Nevis comes from the Gaelic words, ‘Beinn Nibheis’. ‘Beinn’ is the word for ‘mountain’, while ‘Nibheis’ is thought to have more than one meaning and is commonly translated as ‘venomous’, giving Ben Nevis the meaning ‘Venomous mountain’ or ‘mountain with its head in the clouds’.

Ben Nevis was once inhabited by wolves, boar and lynx. This poo is from giant mountain hare though that turn white in the winter due to a Vitamin D deficiency, although it helps them to blend in nicely to their snowy home.

Where Could You Stay In Fort William?

Use this interactive map to search for cute cottages & welcoming hotels near Fort William.

We love creating content and it really helps us to make more when you share our posts and save them. 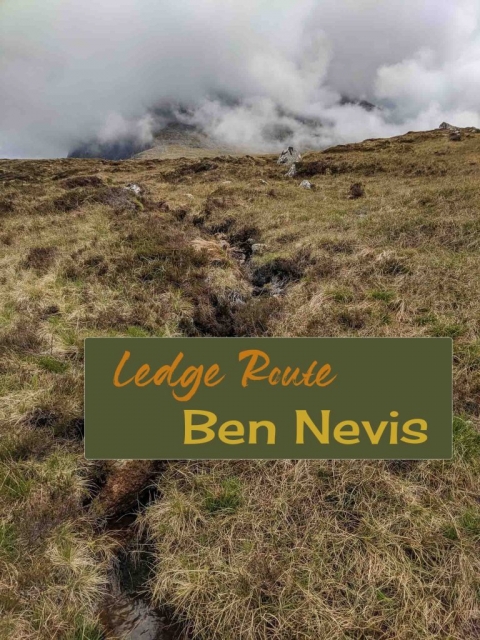 What else could you do in Scotland?

Looking for other posts on Scotland?

Spread the love
Posted in Scotland, UK
« 10 spectacular photos of Ibex in The Alps
What To Do In Mallaig After Catching The Jacobite Steam Train »