Whilst we really like Guatemala, Guatemala city just didn’t appeal. With 12m inhabitants, traffic jams and queues everywhere, a bad reputation for (tourist) violence and not that much to see or do, it seemed like just a stop-over gap whilst we collected Rich from the airport and headed over to Atitlan.

We didn’t plan on doing anything but when we learned of El Museo de Los Ninos (Children’s Museum) that sounded more like a big ball park, we thought we’d visit. 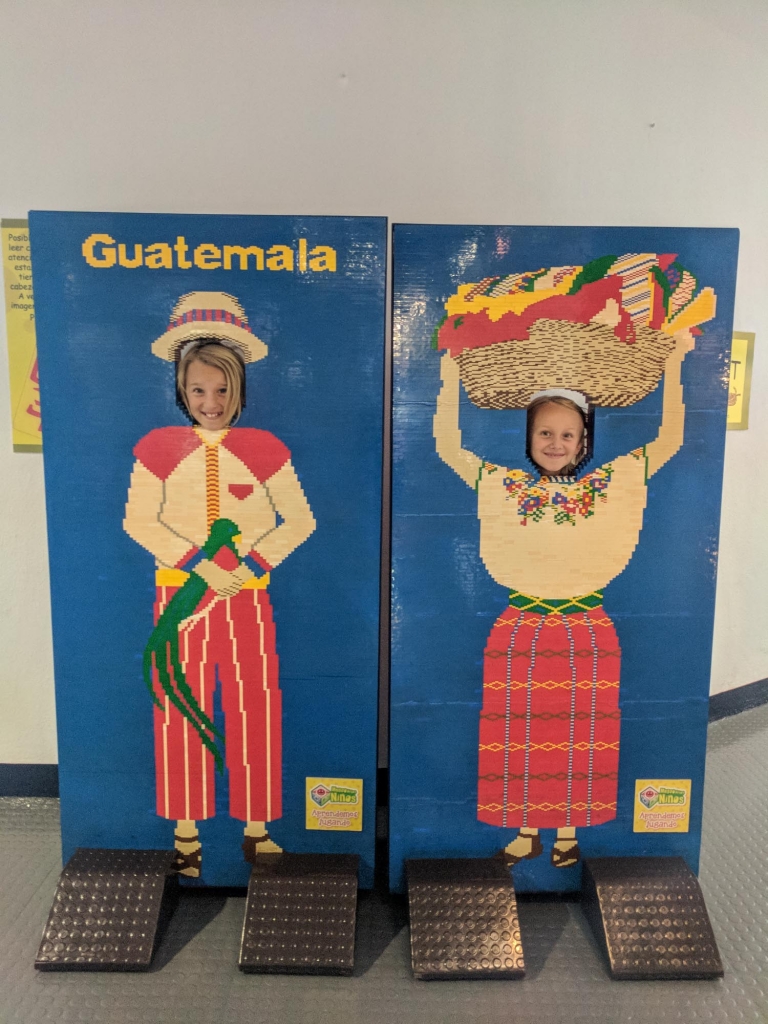 The opening hours are unusual. They’re open between 9am-12pm and 1pm-6pm. All the activities are monitored and assisted by members of staff and I guess they need a lunch break! 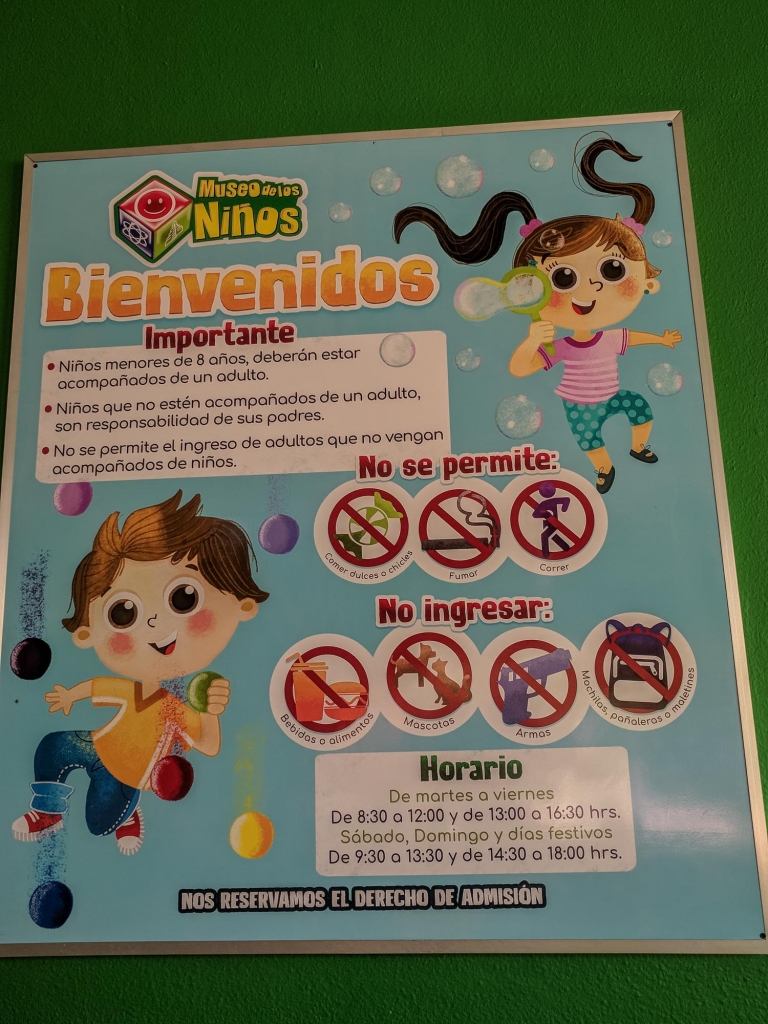 All of these photos were taken quickly with my phone, a Google Pixel (Buy one by clicking the link) I love my phone, it’s a wonderful phone, but there’s no doubt that my camera is going to be better.

It felt too pretentious in a country where school is still a privilege not given to many kids that I wander around with my camera worth more than a year’s worth of meals!

I am acutely aware here that we are incredibly indulged and I do not want to highlight that fact or lord our wealth in any distasteful manner.

Guatemala is a truly wonderful country to visit, the people I met were warm and considerate, always smiling and friendly, always willing to help if I asked, I’d come back to explore more of the country tomorrow, however you do need to be aware that poverty here can be extreme. 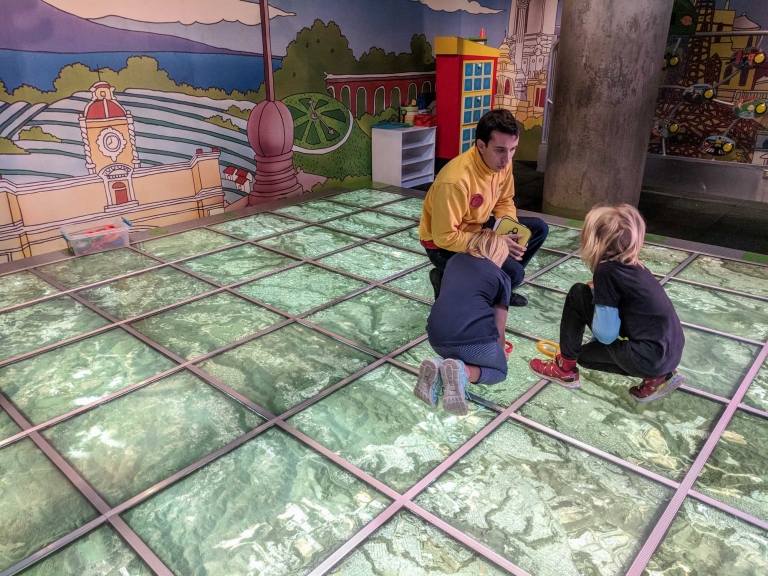 El Museo de Los Ninos which translates to ‘Children’s Museum’ is nothing like a museum or at least the way we would see a museum.

Museum for us Europeans is coined with observing, passively, definitely not touching and talking very quietly in hushed tones!

In Central America, It seems to be a term used a lot for somewhere children will have hands-on-learning and this place is a brilliant area for kids who want active learning. 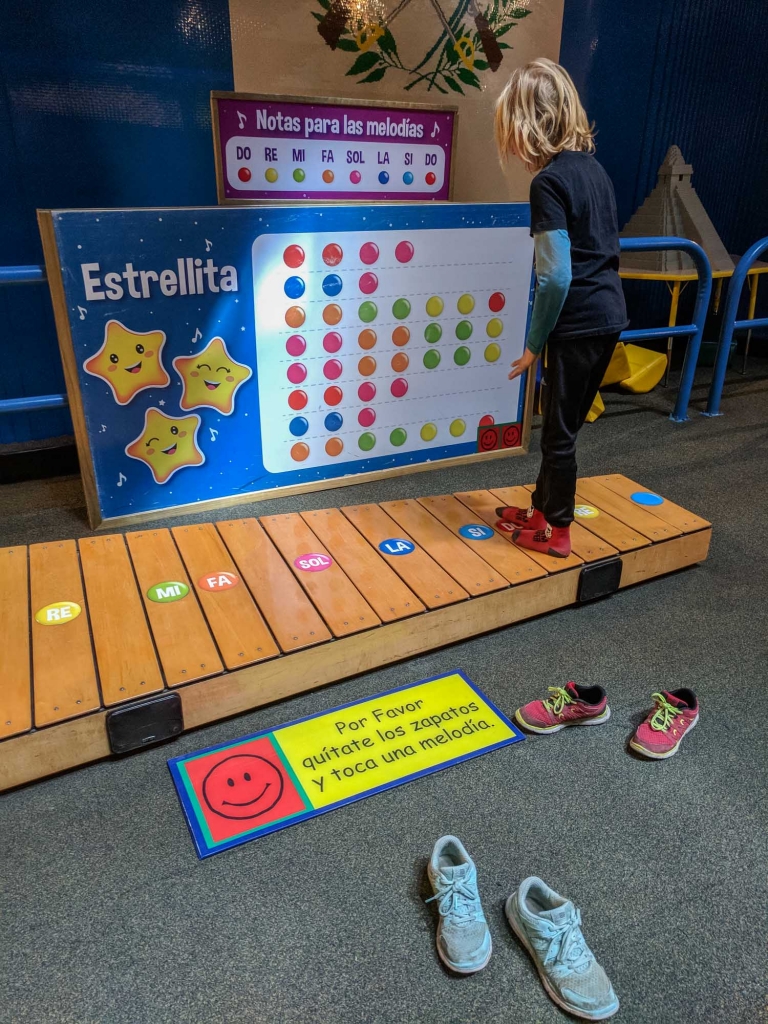 The Museo de ninos is divided into sections. They probably have official zone names or something that I’ve missed so we’ll make some up.

The first section we went through was based on what I’d describe as physically challenging puzzles. For exmple; matching keys to locks to allow balls to pass through, weighing fruits, placing cogs together to turn and running balls through mazes. 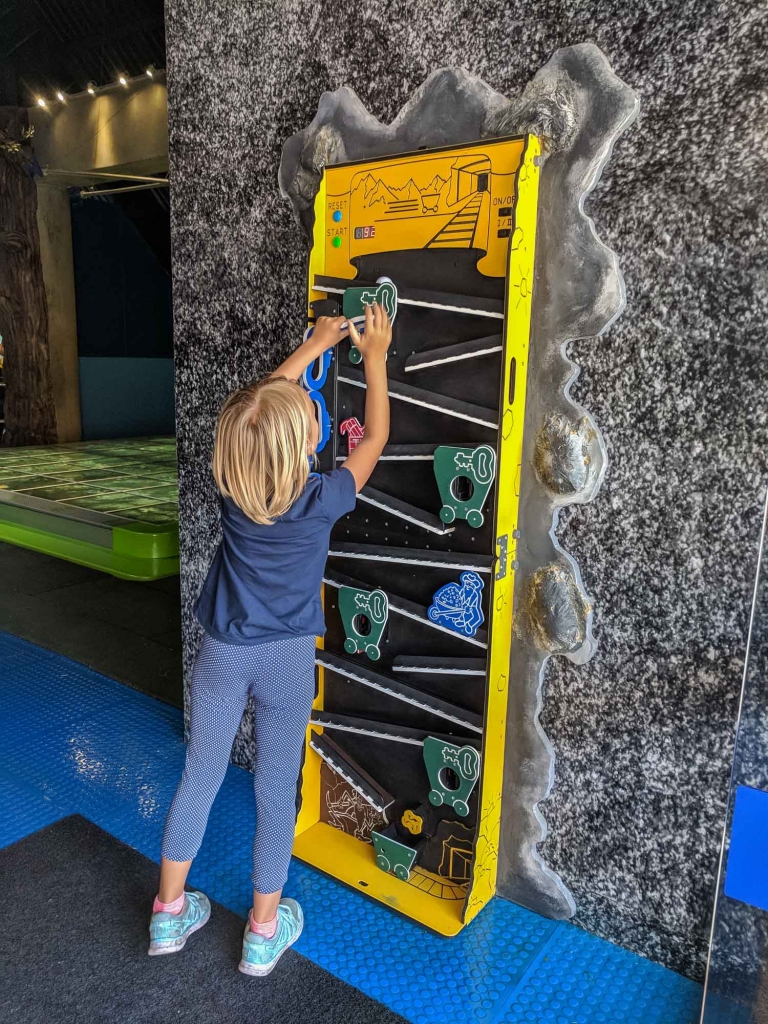 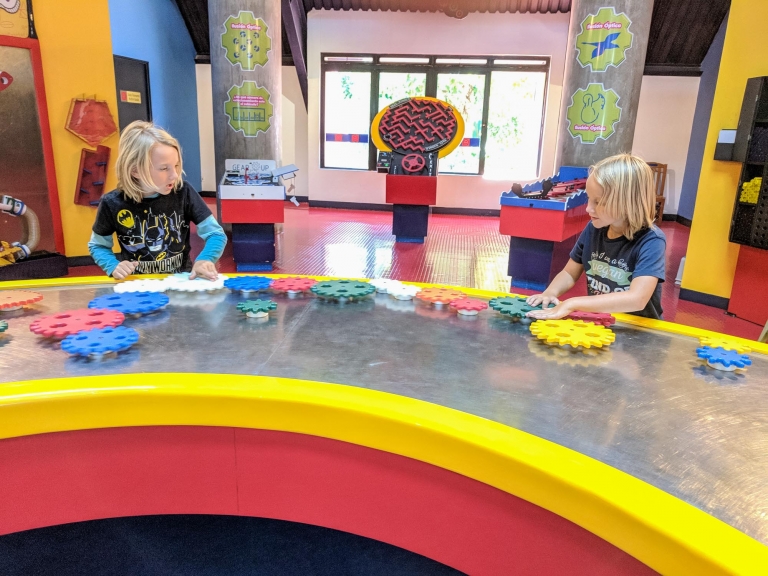 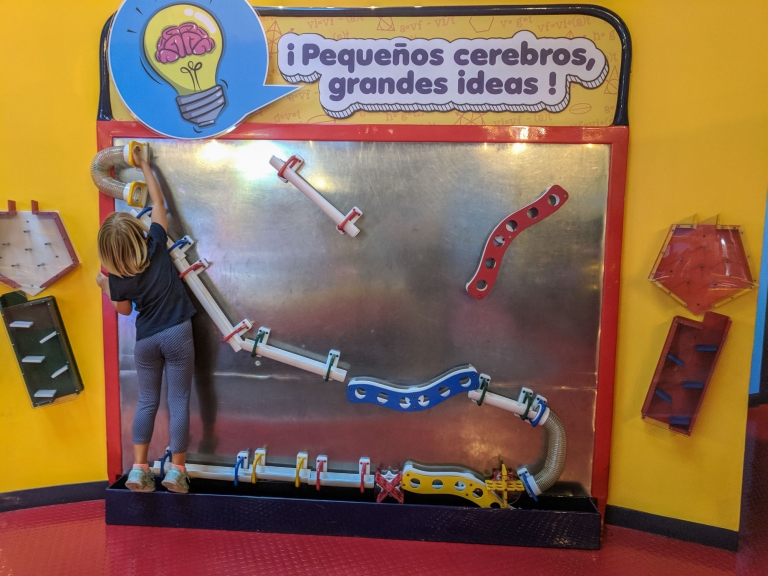 The next section was much less physical and more based on mental agility.

The kids were tied together and had to work together to un-tie the ropes. Next we aligned poles, balanced blocks and tried to rotate puzzles with small balls in.

All of the signs are in Spanish which could be a problem if you don’t speak Spanish but I guess Google Translate would work just as well – although there is no free wifi there. 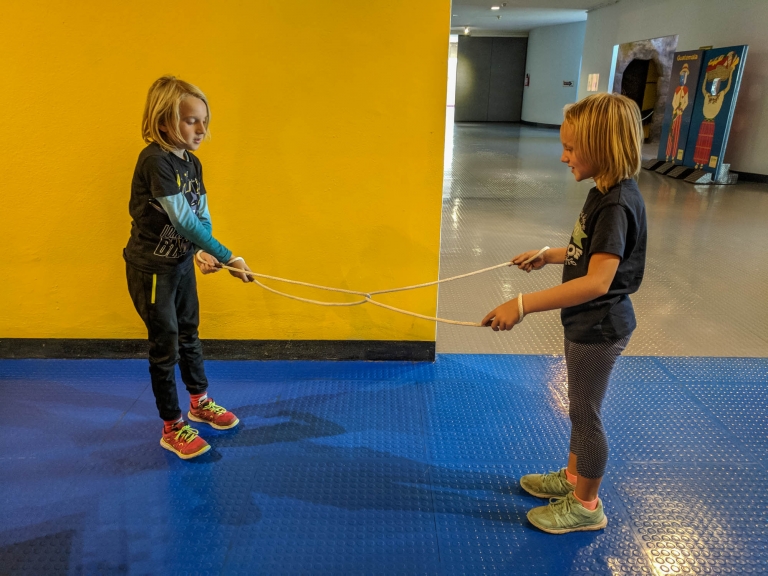 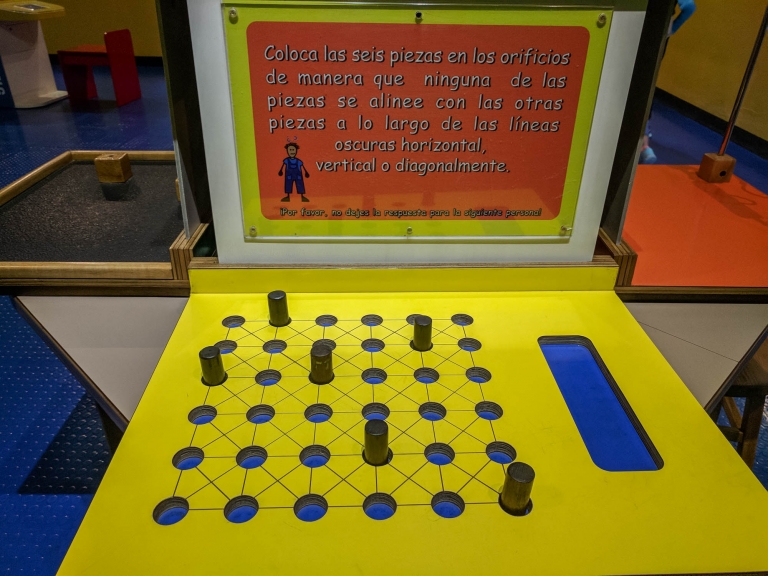 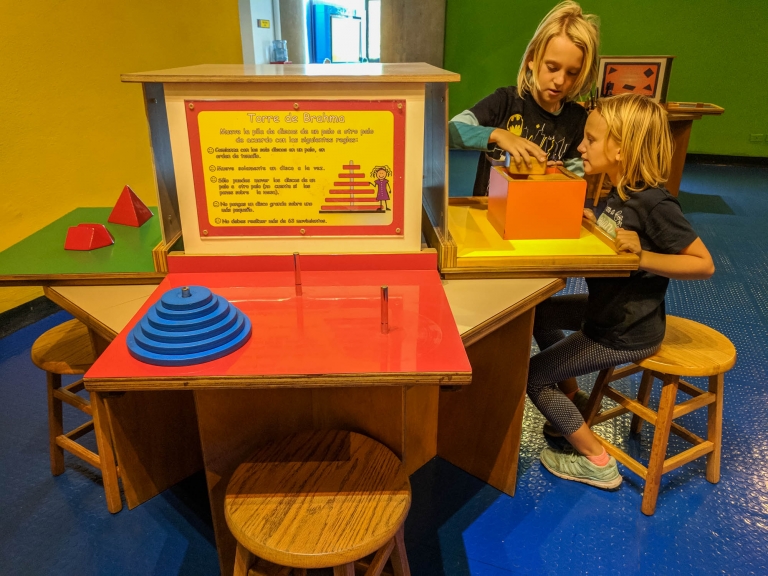 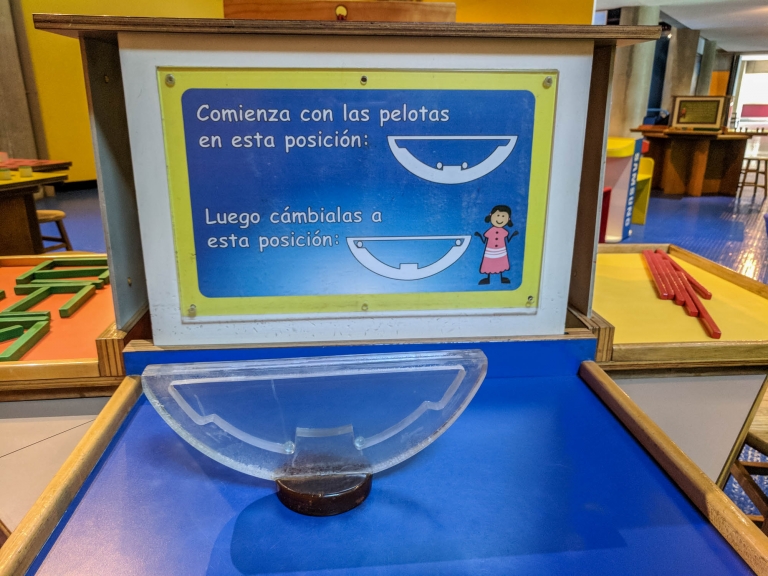 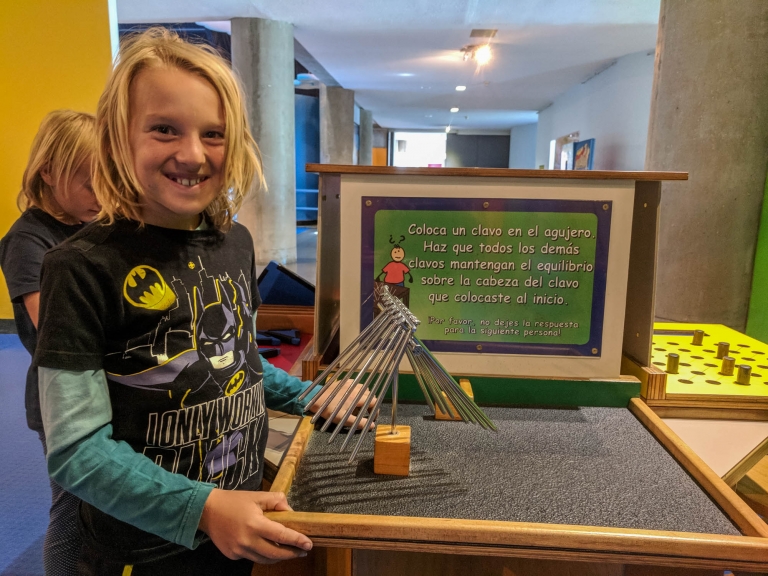 The mining zone is a small area where we learned about mining for semi-precious rocks whilst in a digger that rotated.  There is quite a bit of speaking in this section but even if you don’t speak Spanish it’s still a good experience because there’s a screen you can watch.

It is easy to identify types and names of rock by turning over the sample clues and we used it as a learning experience to look up rock names that we didn’t know.

The kids didn’t really notice but the televised earth’s history in this section only went 2017 years. Believing in science in Guatemala is still a bit of a problem and its tailored to fit religious beliefs.  I told one Guatemalan man in our hostel that I favoured science over religion and he said to me ‘You’ll have a fight on your hands then…’. When I told him 54% of the UK were atheists he looked shocked. 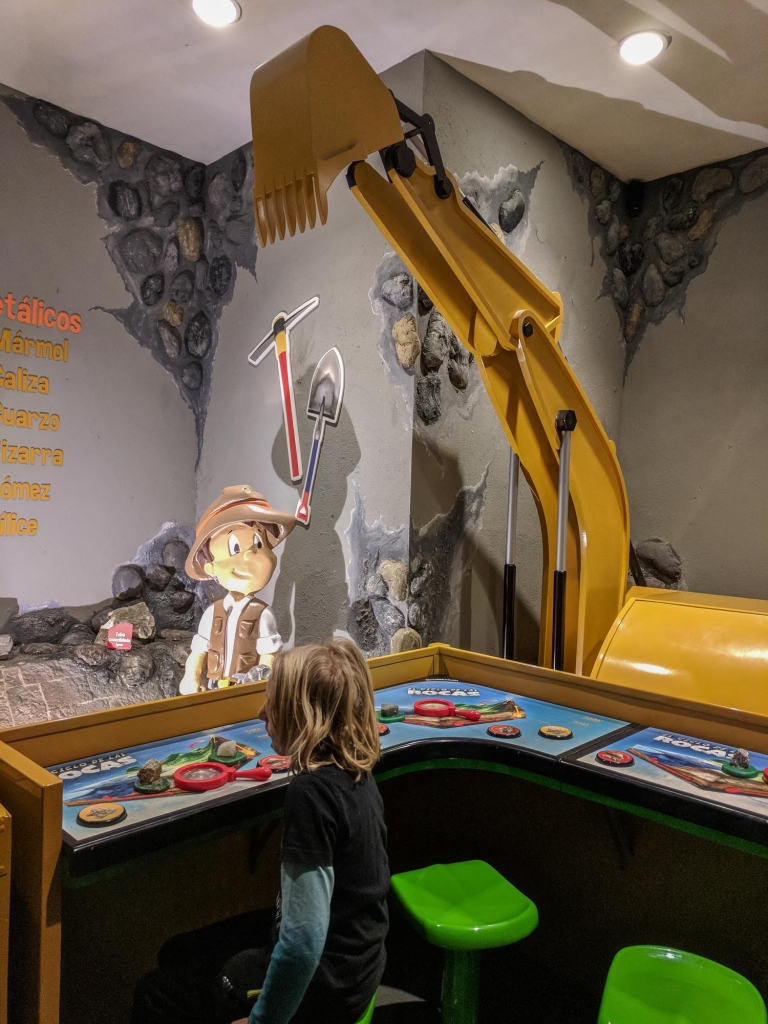 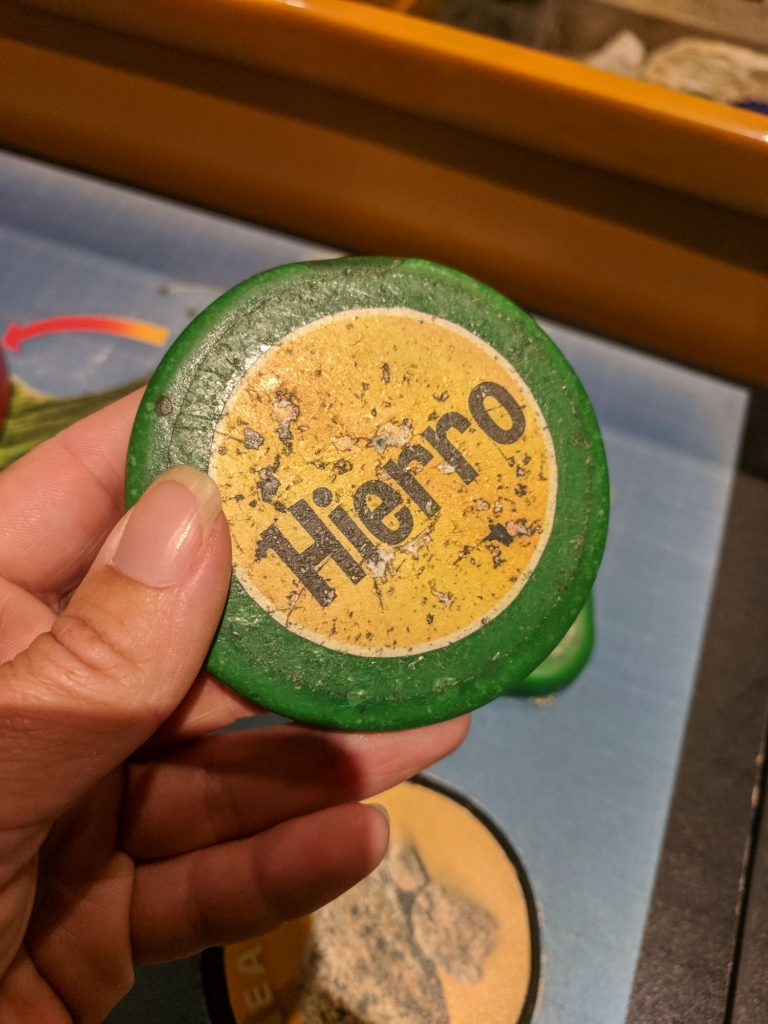 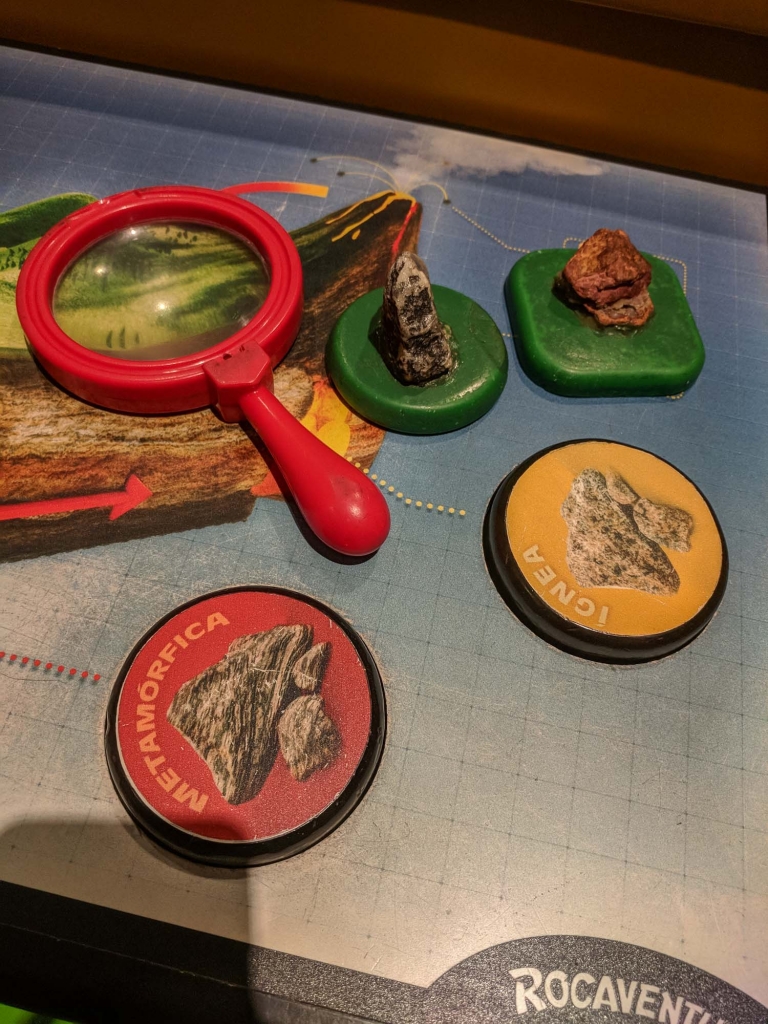 I was too busy trying to balance and not have soft things fall on my head in this section to take photos but it was certainly interesting. It prepared us for a mini quake we felt in Costa Rica the next month too.

The last time I was in an earthquake was circa 1984 when Merseyside was rocked by a  5.4 tremble and the windows shook violently. 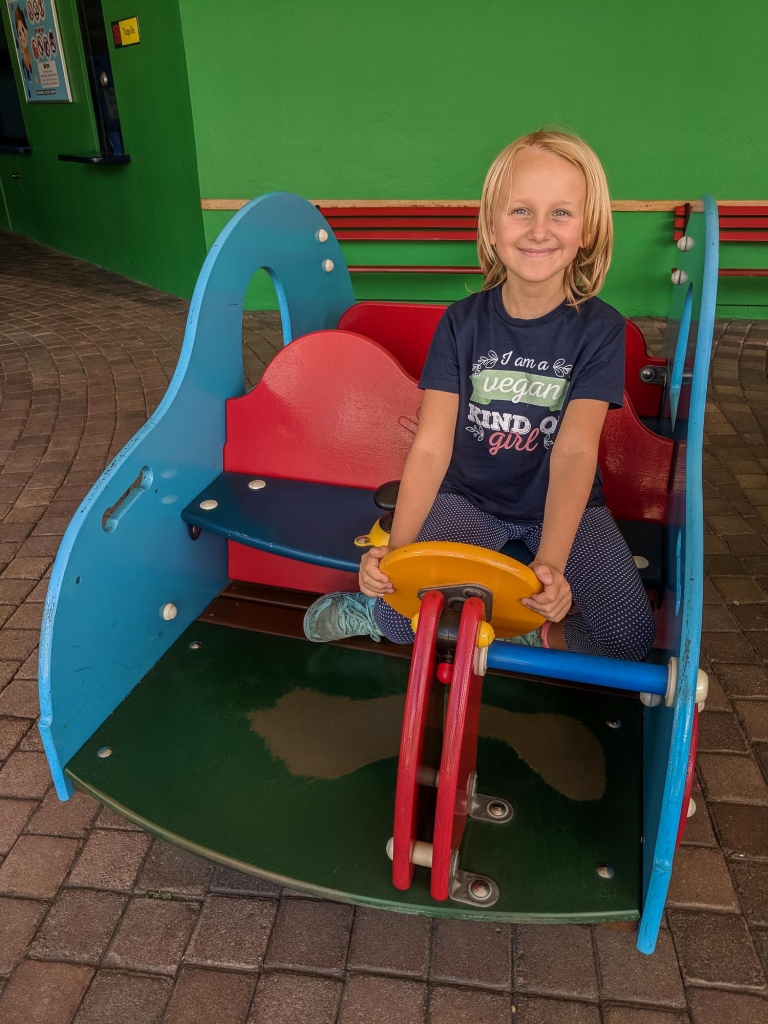 We sat in the park next to the museum as the only other place to sit was a chicken fast-food restaurant. BLEURGH! No Thank you. So we sat on the park benches, ate a bag of nuts and raisins (it was all I had in my bag!) and waited for them to re-open. 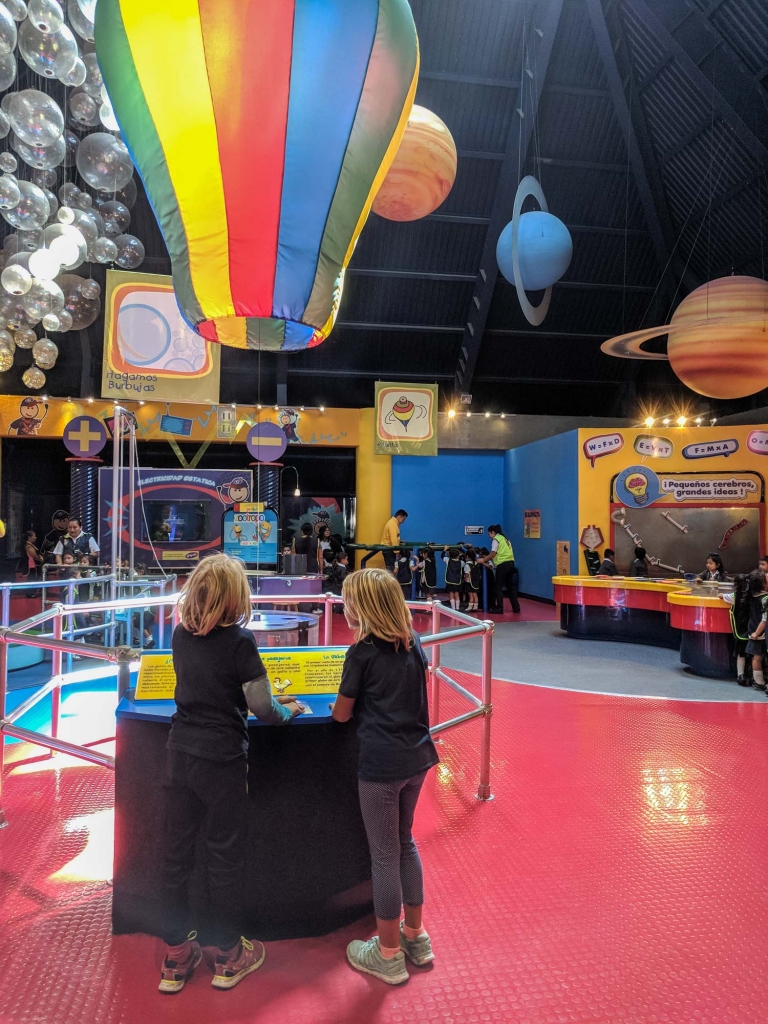 The kids ran into this section and grabbed the electrical device which pumps out mini waves, only to be shortly followed by a staff member shouting at them in Spanish. 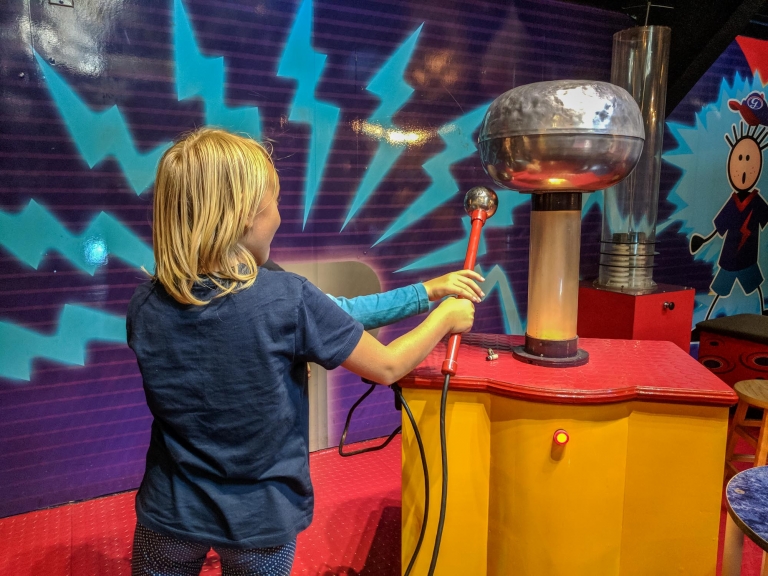 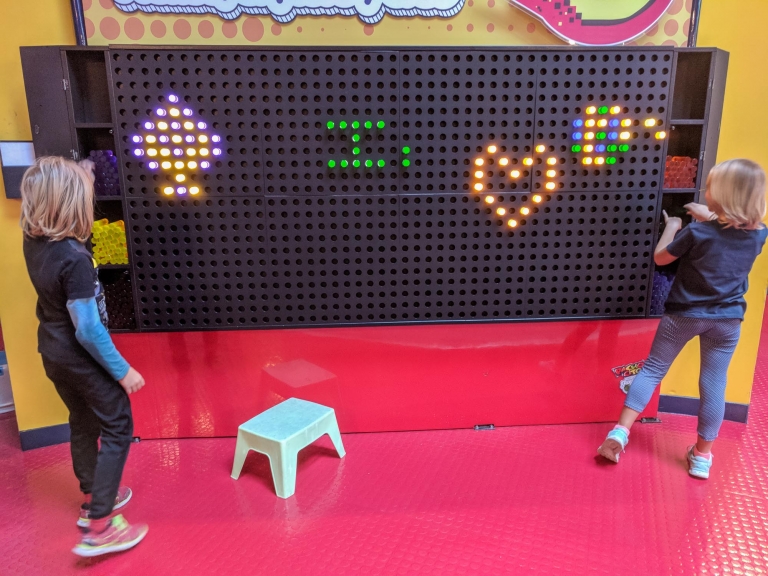 There is an entire section devoted to bubbles! Our kids adore bubbles. There are bubbles in all shapes and sizes and even one so big that a member of staff has to pull it up, around and over the kids!

This is a really hands on messy section where they can make as many bubbles as they like. We had a really good time here but there was just one more section that they had to visit. The finale of Museo de Ninos! 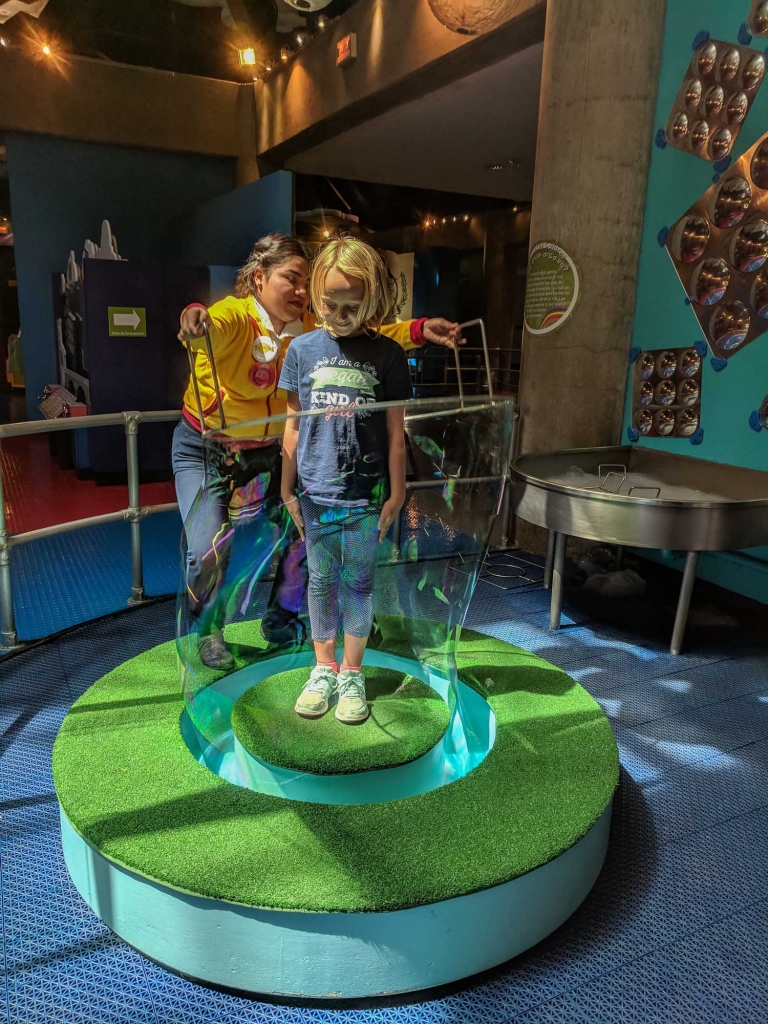 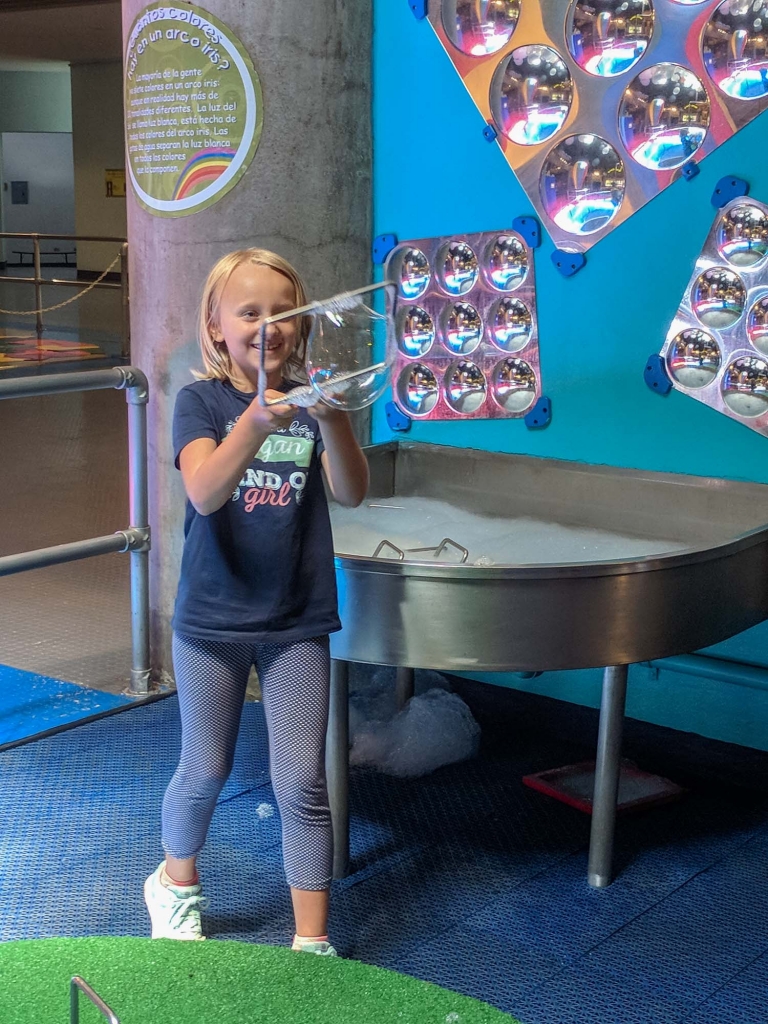 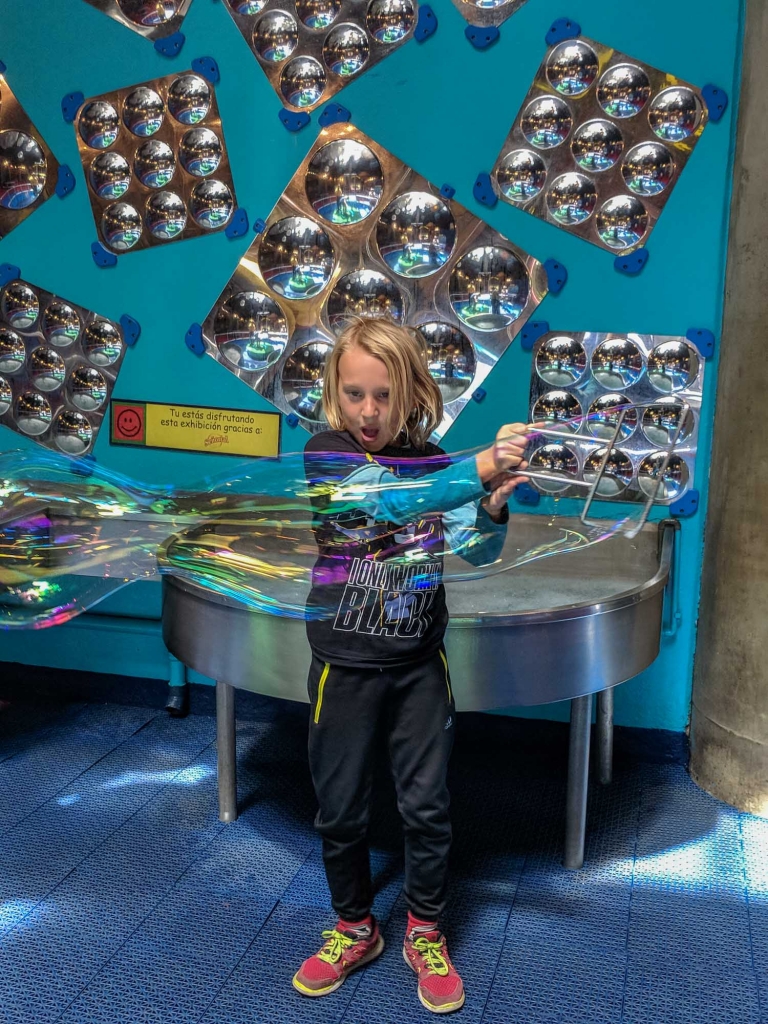 The most amazing part of the day was the time spent in the ball pool.

The aim is to work as a team and fill up the ball pool so it then explodes over the kids. 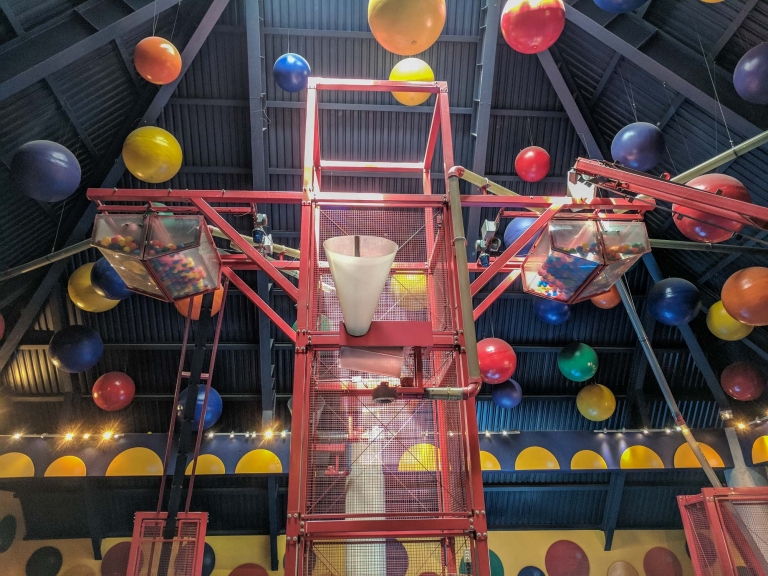 Fancy visiting el museo de ninos? Add this to your Pinterest board and spread our love 🙂

Spread the love
1
Share
1
Share
Posted in Guatemala
« The Second Bulgarian Empire, Veliko Tarnovo
The Valley of Fire As Day Trip From Las Vegas With Kids »