Northside Beach Club: Get To The Other Side Of Caye Caulker

Once upon a time Caye Caulker was one island but thanks to two very large hurricanes in the 1960s and 1990s, the island was ripped apart and divided into two.  The southern part of the island is the most inhabited. It has a power station, a medical centre, shops, restaurants, a ton of hotels and at just 4 miles long it’s one of the most densely populated places I’ve ever been to. Here’s how you can get to the other side with Northside Beach Club, previously known as Koko King. 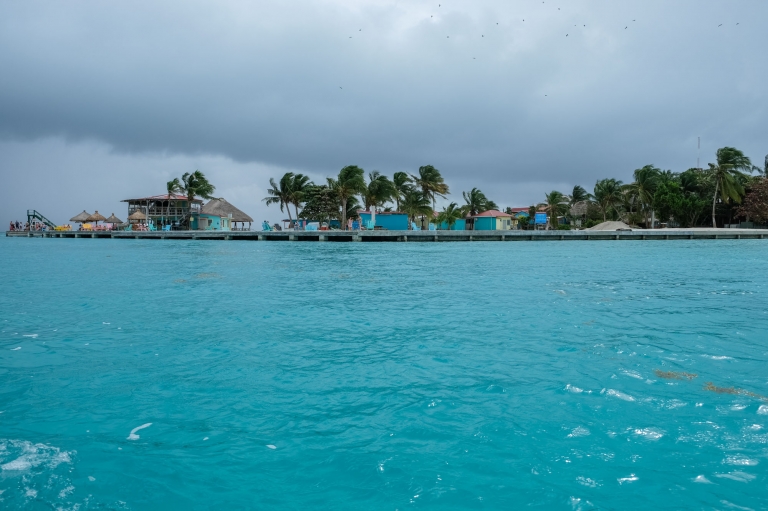 The Lazy Lizard to the right and south Caye Caulker.

In comparison, the northern island is a nature reserve, has just a sprinkling of residential buildings (although these are on the increase) and one hotel complex; Koko King.

You might stand at The Lazy Lizard and glance across The Split and think to yourself ‘I could swim that easily’. DON’T! Don’t even try. The current that runs between the two islands is extremely strong and many people have required rescuing from its waters.

There is a much easier way! How!? You catch a free boat with Northside Beach Club!

Where & When To Find The Boat?

There are only three main roads on Caye Caulker; the back, the front and the middle road.

The boat from northside beach club (previously Koko King leaves every half hour on the o’clock and half past at the dock at the end of Calle de Sol. This dock is directly opposite the Belize San Pedro water taxi dock.

The last boat back to southern Caye Caulker is at sunset. Do not miss the boat otherwise, you’ll need to spend the night at northside beach club. 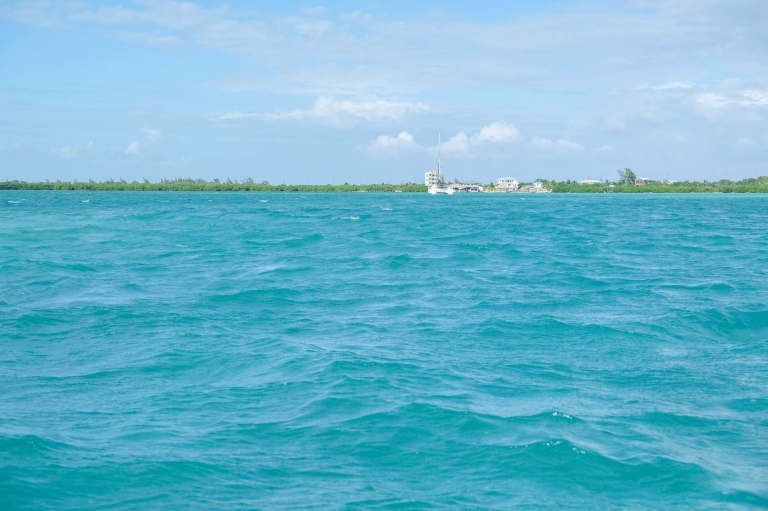 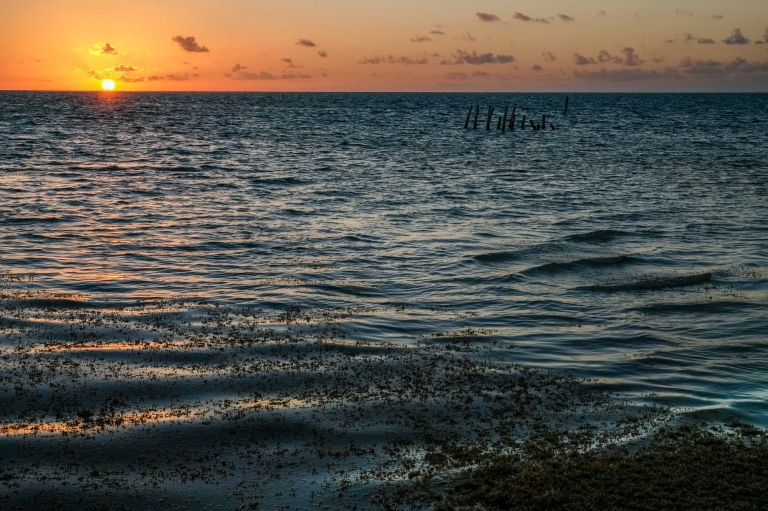 The sunset from Caye Caulker

The boat is free if you agree to spend more than 10$ Belizean at the bar per person. In exchange for spending money at the bar, you’re given a wristband that entitles you to a free boat trip. 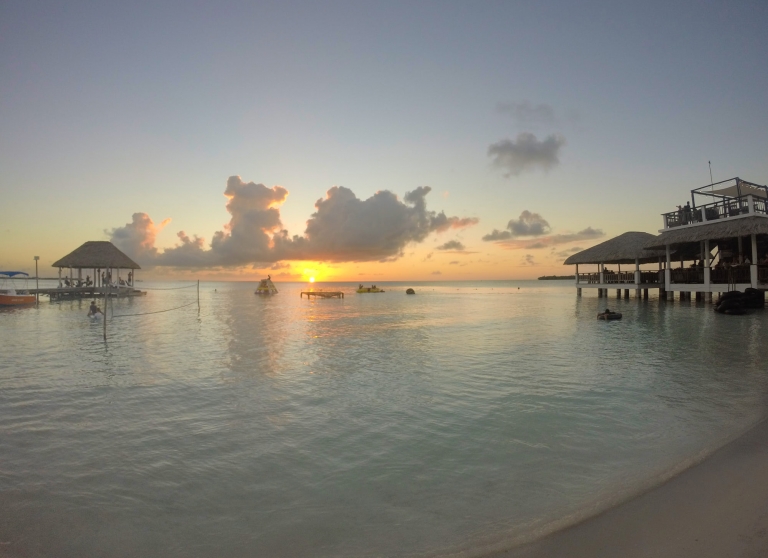 What Can I Buy At The Bar?

The bar serves a selection of wine, beer and cocktails as well as fresh fruit smoothies and other drinks.

There is also a restaurant that serves mostly fish fast food but there are some veggie options (just remember to say no mayo for vegan). 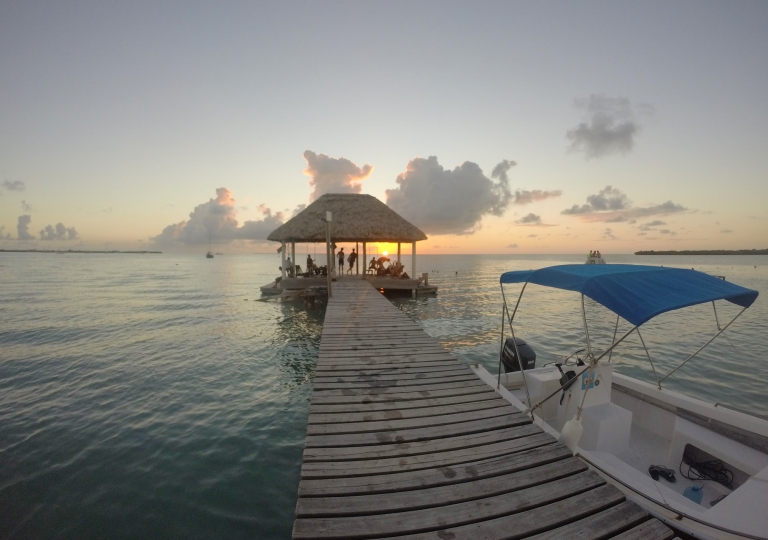 What Else Is There To Do?

It’s a beach resort so…  There are sunbeds, a beach, you can swim, hang out in the bar, bounce on the inflatables, swing over the sea, chill in the shaded areas & play on the rubber rings. I think there were canoes to rent as well.

Koko King is MUCH quieter than the Lazy Lizard, it attracts an older and less rowdy crowd, there’s no loudspeaker or MC and the music is more chilled.

Video from our time at Northside Beach Club

Here’s a little video of our time on Northside Beach Club. 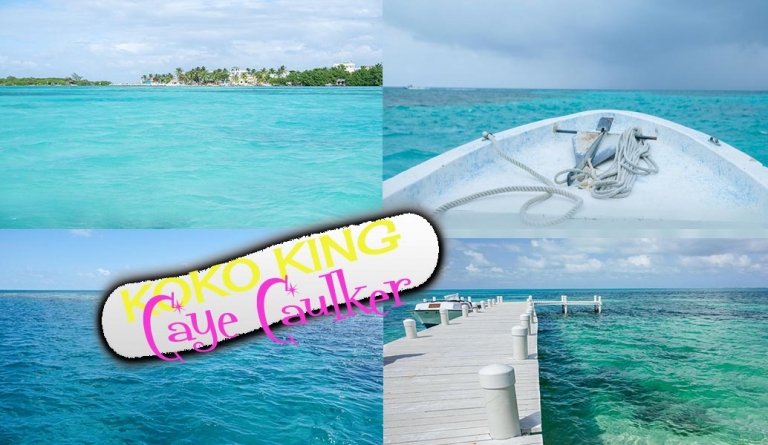 Spread the love
10
Shares
10
Shares
Posted in Belize
« Ringing in the New Year at the Asian Art Museum
Where to eat vegan food in Flores, Guatemala »