How to swim with sea lions (ethically) in La Paz

Are you in La Paz, Baja California and looking for fun things to do with older kids? Here’s how to swim with sea lions ethically and visit some of the islands and beaches off the coast of La Paz (Mexico). If you’re looking for an intense but non-threatening activity to do in Baja California with kids, then this is definitely an activity you should consider. 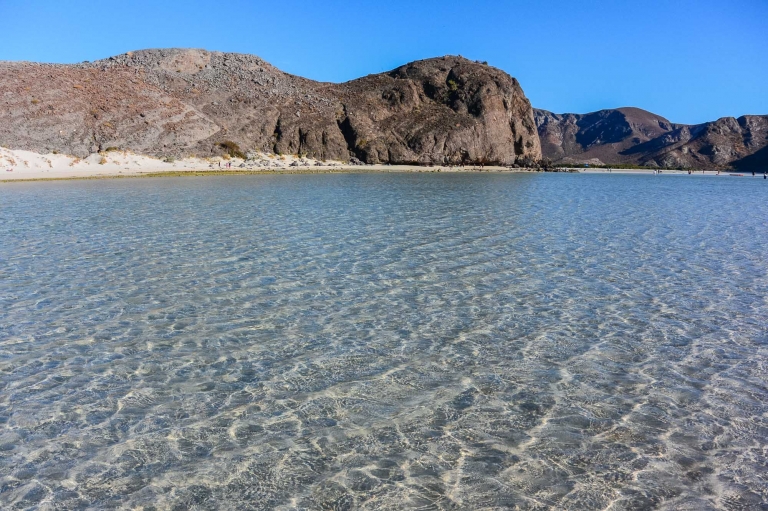 Seals and sea lions are both pinnipeds, a group of fin-footed mammals that are described as having wide torsos and narrow hips, assisting them to remain streamlined underwater. You can find pinnipeds all over the world, from walruses in the chilly Arctic to Hawaiian monk seals in the balmy Pacific however there is one notable physical difference between seals and sea lions and that is their EARS!

The easiest way to tell them apart is to look at the ears. True seals have ear holes, where sea lions have small flaps covering their ears. That is if they keep still long enough for you to get a look! 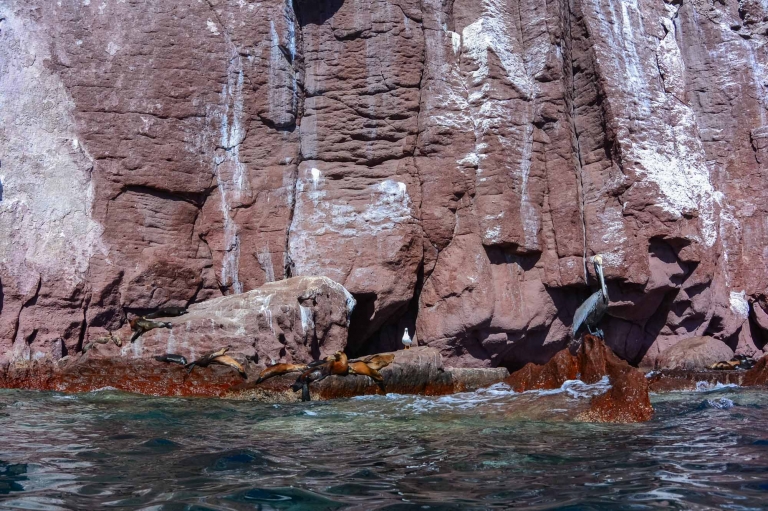 Sea lions lounging on the rocks

Seals have short, stubby front feet and generally scoot along the land on their bellies. They also have long claws and fur on their front flippers,

Sea lions, on the other hand, have elongated front flippers that help propel them through the water and allow them to “walk” on land.  Their front flippers have short claws and are covered in skin. 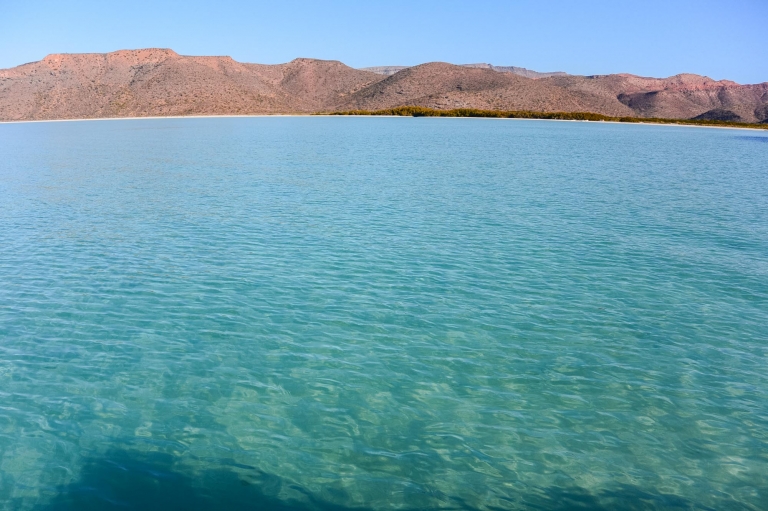 What Are The Behavioural Differences?

Seals are more solitary and spend most of their time alone in the water. They make little noise just a few soft grunts and only come ashore to mate.

Sea lions on the other hand are a rowdy bunch and I mean NOISY!  They can gather in rambunctious herds of up to 1,500 animals. Not only can they be very smelly but they’re also LOUD.  They communicate with loud and frequent sharp barks and you can hear them in and out of the water communicating to each other and you. 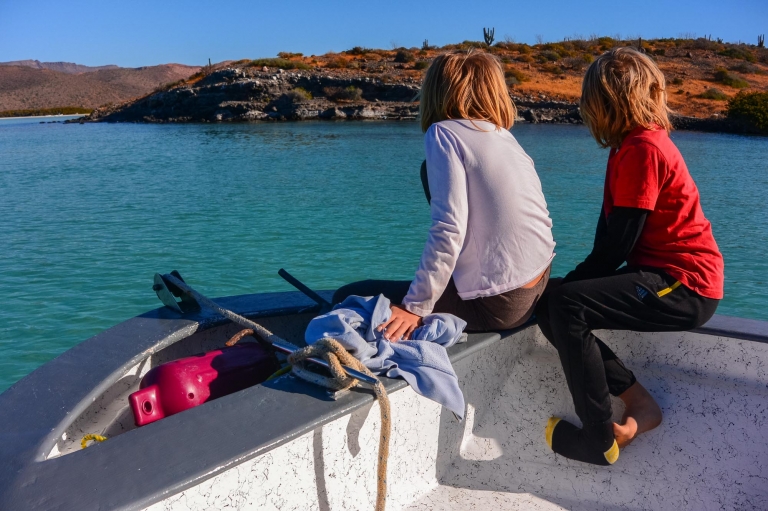 Bird watching from the boat

How To Chose A Company With An Environmental Policy

There are some quite strict rules about observing and swimming with the sea lions in La Paz (which is good) and it’s always beneficial to find out beforehand whether the company you chose will honour those rules. Some sadly don’t and just see the sea lions as an opportunity to make tourist $$$.

Some of the rules include: 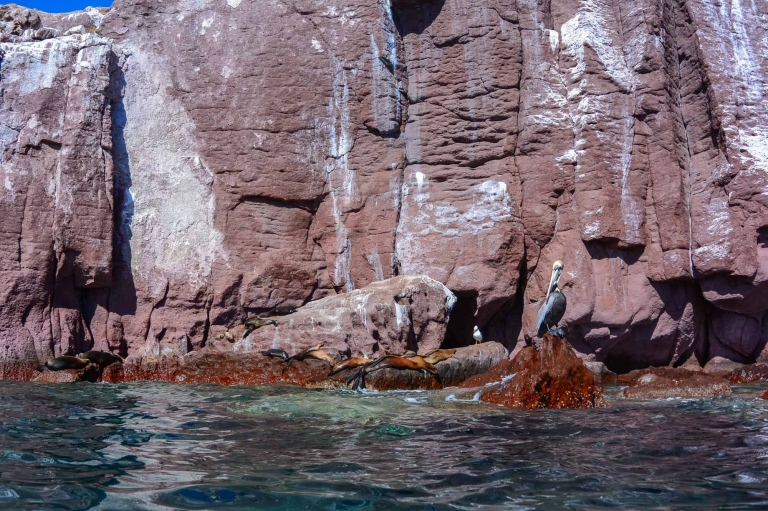 Sea lions and a pelican

Which Agency Do We Recommend?

It was at the top end of a day trip budget but after the whale shark fiasco I really felt the kids deserved a fun experience that we could leave La Paz on – we left the day after and headed east to Mahahual. 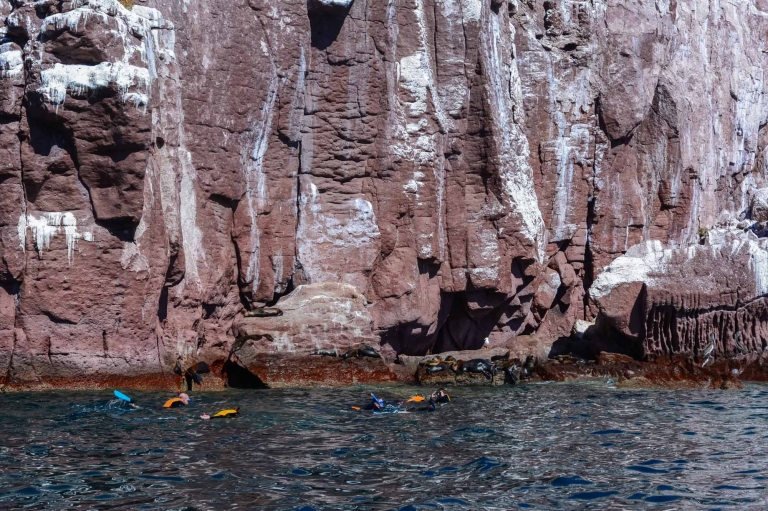 Where Will You Go?

The tour is roughly seven hours long and you’ll visit Balandra Beach (if it’s low tide), a bird sanctuary, a weird carving in the rocks which looks like a scary mask, the sea lions and then have lunch on Isla Espirito Santo before heading back to La Paz marina.

We were given very clear instructions on how to interact with the seals including tips on how to hold your hand out for them to touch.  No fingers, by the way!  Our guides for the day spoke both Spanish and English and were brilliant with the kids, very patient and kind and always made sure to include them in the discussion. We were fortunate that our small group included only three Canadian men and us. 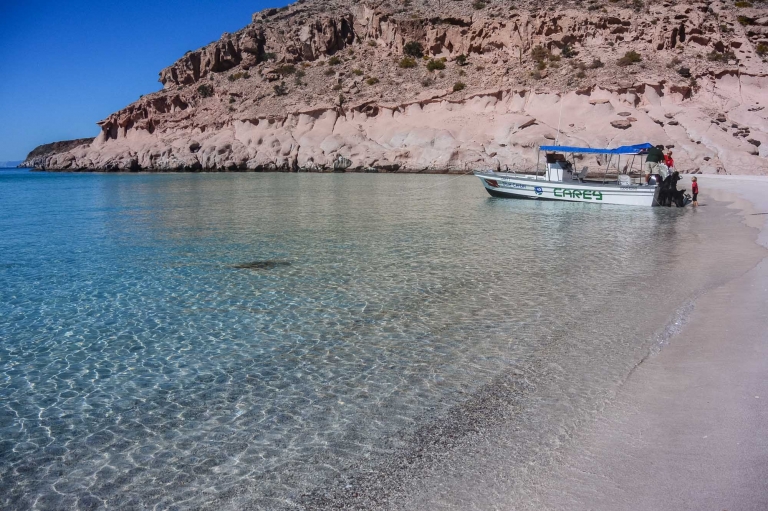 We visited Mexico in January 2018 and for winter in the northern hemisphere, it was a balmy 23+ degrees. The water however was not so balmy and bloody freezing out near the seals. Because of this swimming with the sea lions is limited to about forty-five minutes.

It was an amazing and exhilarating experience to swim with these agile creatures who leapt over my head, swum in circles around me and dove beneath my feet whilst gliding effortlessly through the waves. To be honest, they really put me to shame!

It was a bit rough the day we went and there was some choppiness out there. In parts, the water is shallow enough to see the bottom, in other parts it’s much deeper. For competent swimmers, you can swim through an archway and into pretty deep water where the fish are phenomenal. For those who are less strong, I’d suggest staying near the cave and closer to the boat. 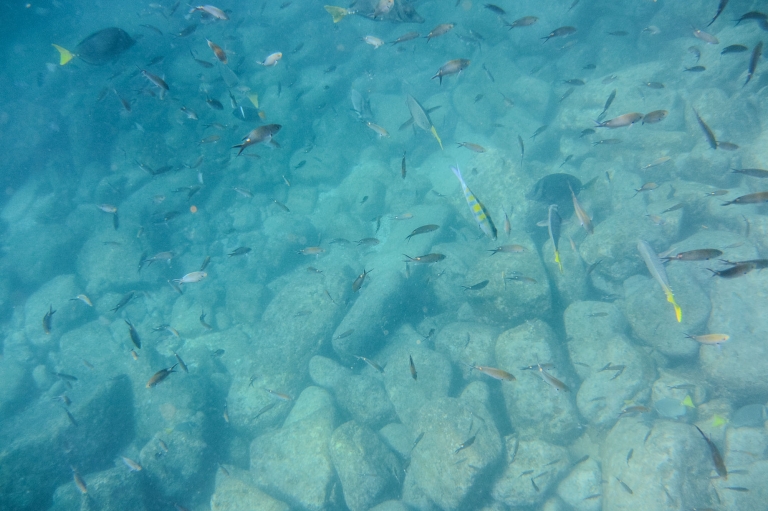 Fish in the sea

How Did Our Kids Cope?

We took out a buoyancy aid with us as the cold water wiped their smiles away pretty quickly. This meant that they could come back and float whenever they felt tired – which they totally took advantage of and the poor tour guide frequently had to drag them around.

It was a bit funny but they both insisted that they had an amazing time and re-watching these videos (eleven months later) made them smile and hug me and proclaim how wonderful it was. So I guess you could say the day was a big success.

They especially loved the island of Isla Espirito Santo where we had lunch and explored the rocks. There are jumping crabs and fish that hide out alongside the rocky areas. 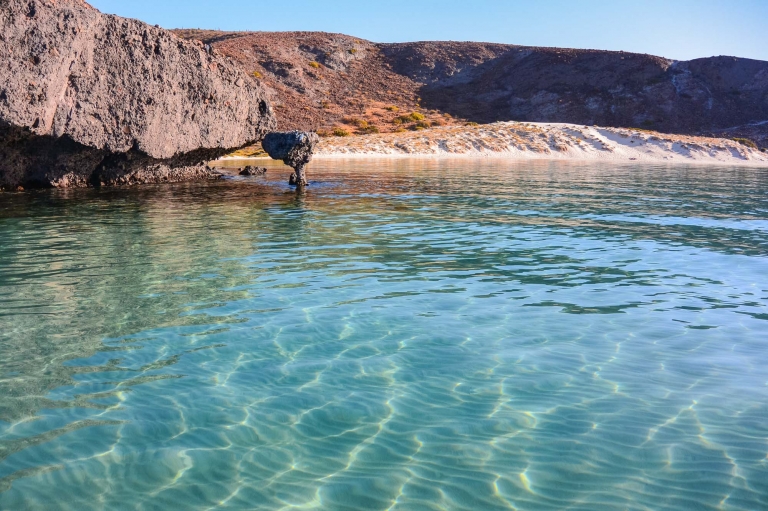 Balandra beach at high tide with its whale fin rock

We really love it when you watch our videos. They aren’t too long and I’ve divided them into categories (so they don’t bore you lol).

Search For Accommodation In La Paz

Can you help us grow bigger, please? We would love it if you could help us by:

? Checking out our other posts on the blog (see below).

? Sign up to my newsletter, no spam I promise. 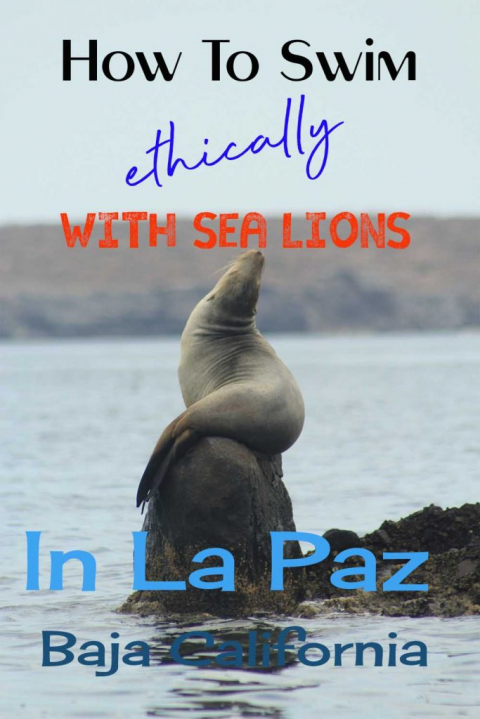 Other Things To Do In Mexico