Washing clothes on the road; packing light & protecting the environment

;This is not a new discovery, far from it, but it’s one that works really well for us so I thought I’d share it with you.

Whether we try to limit clothes and pack minimilistically or take everything we own, we still need to wash our clothes and with three kids who seem incapable of getting food in their actual mouths (HOW!?), washing clothes is still a necessity we cannot avoid.

The more research I do on the toxicity of washing powders, liquids and fabric softeners, the more I refuse to use them. But this left us in a quandary as to what to use.

We trialled some soap berries but we weren’t happy with the effect and then we came across plain old soap. Something I’d never considered before. I don’t know why, because before laundry detergents were created, soap was what EVERYBODY used!

Now, you have to be careful because glycerin can come from animal sources as well as vegetable… It seems never ending doesn’t it! If the soap states it’s vegan or comes from vegetable sources, it should be good to use.

So long as you have a grater or a sharp knife to slither the soap with then you can cut the soap small enough to make into a gloop.  By simply mixing boiling water with the soap and leaving it, it becomes a simple yet very effective clothes wash.

We grate about a 1/4 of a bar into a bowl and fill the bowl with boiling water. You need to at least cover the grated soap with twice as much water.  We then leave the soap for about 3 hours and it dissolves and re-forms a gloop.

How much should I add?

Per handful of washing we put in a soup (dessert) spoon size of soap gloop +one more. So in a general wash, I would add 3 to 4 spoons. I add it directly to the washing machine drum after every handful, this ensures it gets right into each garment.

If you’re doing a hand wash, use two spoons per sink full of clothes.

If you take a spoon of the soap and rub it into the stain, leave it to stand for a few hours before washing it.

washing with soap; Does it work?

Yes, it works very well. It leaves our clothes clean and smelling nice. We’re also safe in the knowledge that we’re not damaging the environment.

How many washes can you get out of it?

photos of washing with soap 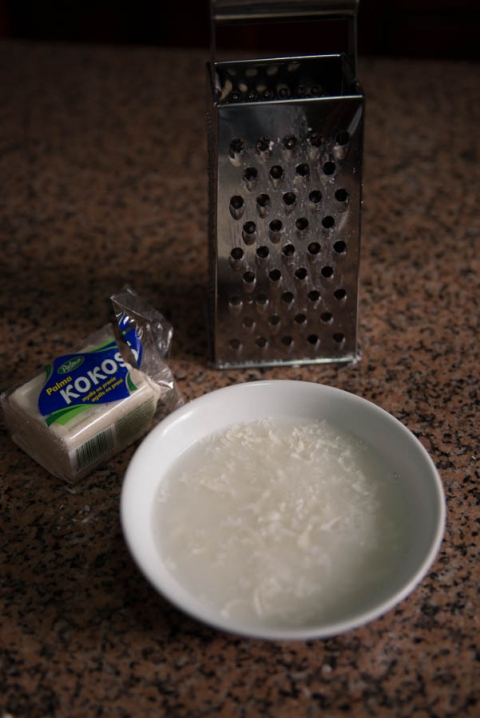 Grating the soap and covering it with boiling water 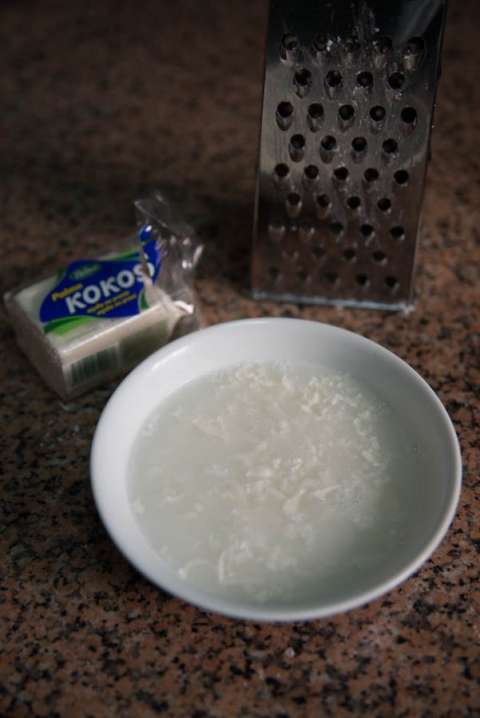 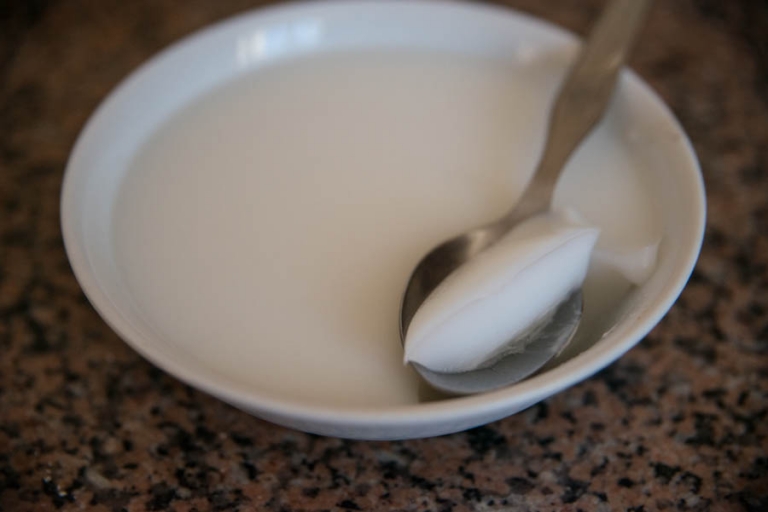 Leave it for 3 hours or so, until it has set into a white gloop 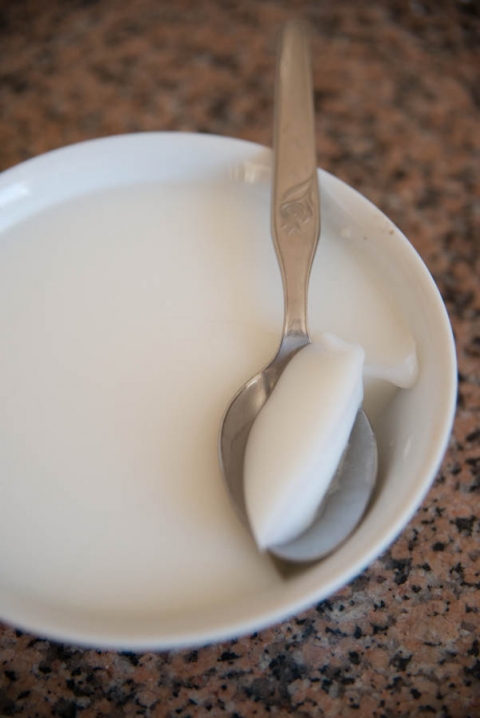 Washing with soap; use a spoonful per handful of washing +1 more.

Spread the love
Posted in Europe

© 2021 Journey of a Nomadic Family|ProPhoto6 Blog