Faial’s history dates back to 1519 when it was named by settlers. Faial is a common name for a local tree called ‘myrica faya’ that grows within the valleys in Madeira and it’s also the name of an island in The Azores!  As recounted by the settlers ” Seeing a site of Faias, where the sea is more gentle, with an ideal panorama, that perfect corner, is the vista of Faial”  From the high mountainsides of Faial, on clear days, you have a great view of the sea and the nearby island of Porto Santo, the northern part of Ponta de São Lourenço and the locality way down at the bottom of the mountain. It is also one of many free things to do with kids on the island of Madeira. 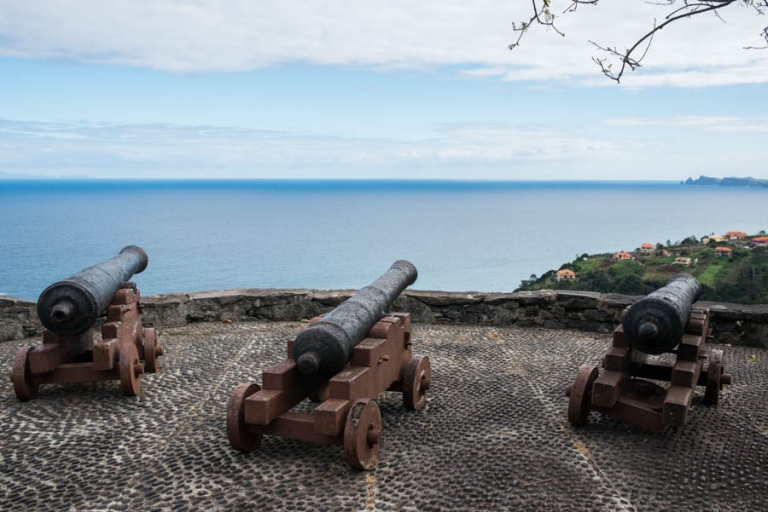 The view from Fortim do Faial with Ponta de São Lourenço to the far right.

Although Faial was first spotted in the 1500s, the fortlet of Faial wasn’t built until much later, in the 18th century, as a look out point against frequent invading ships.

In 1996, the Faial Fortlet was considered a local value monument which has enabled the preserving of the cannons that once helped defend the island. The cannons now sit proudly in a semicircular shape high up on the mountain vista. The point offers a panoramic view of the coast and it isn’t difficult to see why it was chosen. 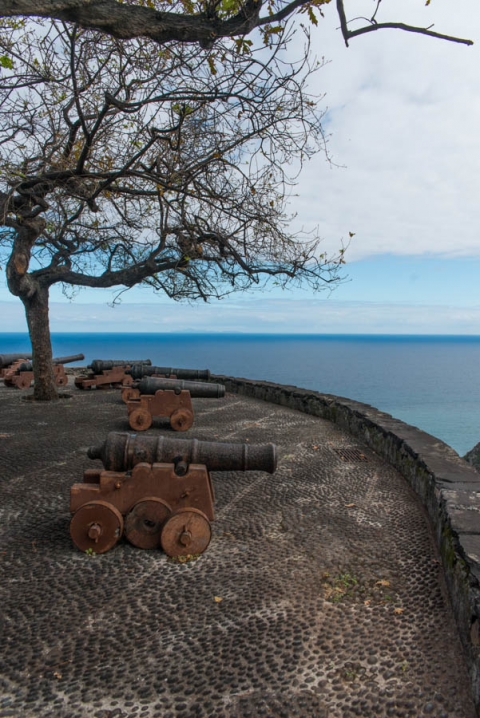 The cannons from the fort 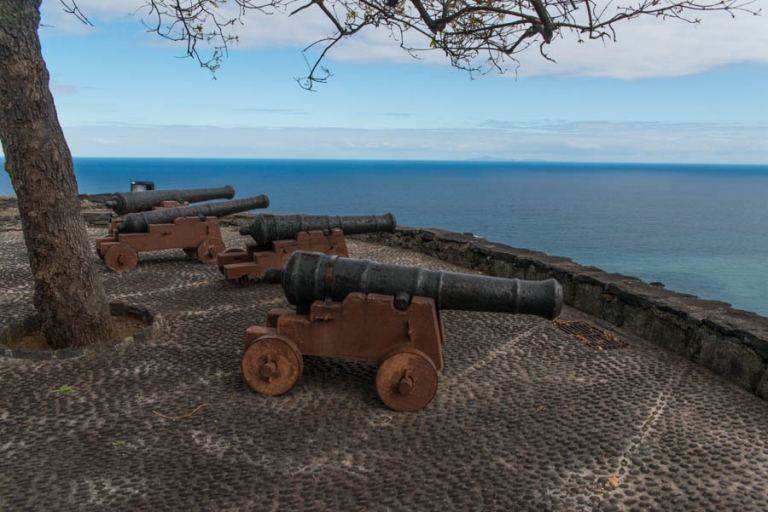 The cannons and Atlantic in the background. 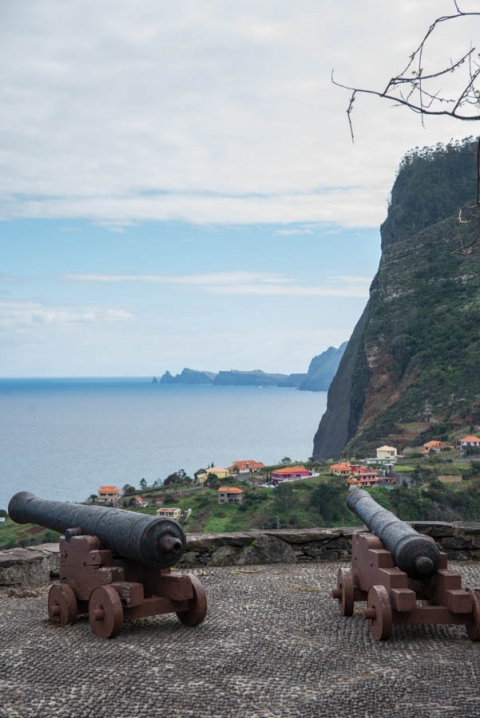 The township of Faial below the cannons


How To Get There

The easiest way of getting there is in a car. Google maps doesn’t seem to use road names in Faial, even though they exist. We found our way to Faial and then kept an eye out for sign posts. The fort is not well sign-posted but just head UP and eventually you’ll come across a sign for ‘Fortim do Faial’. 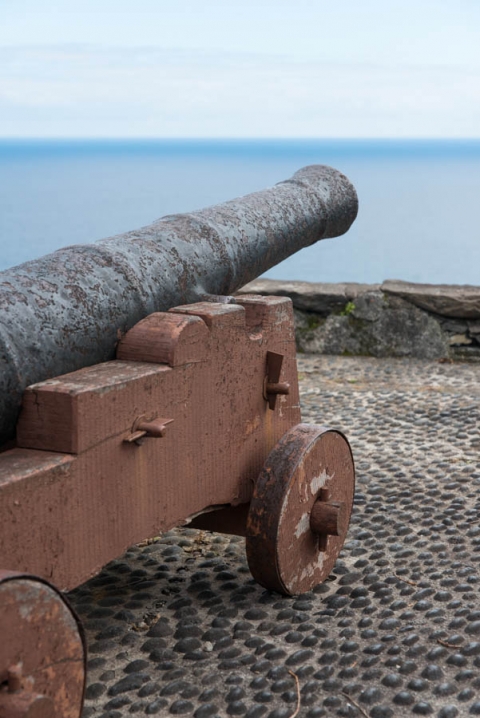 A cannon at the Fort

Faial, like many Madeiran townships is laid out on a hotch-potch of narrow, bendy lanes and a series of walkway paths linking properties. A return walk from the Forte down to the Guindaste is 1.6km but the steepness of the paths will give you a good work-out. You’ll need to take a bottle of water!

The Forte of Faial Madeira

The forte gives unprecedented views. It doesn’t seem to be in the greatest of conditions but it was winter when we visited, so maybe they’ll fix it up before the tourist rush in the summer. 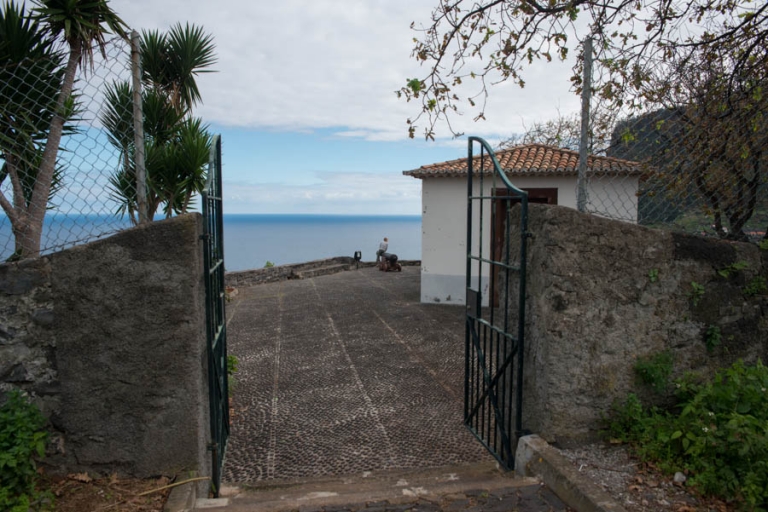 The forte from outside the gates

There are a number of small buildings on site, including this capstone building. 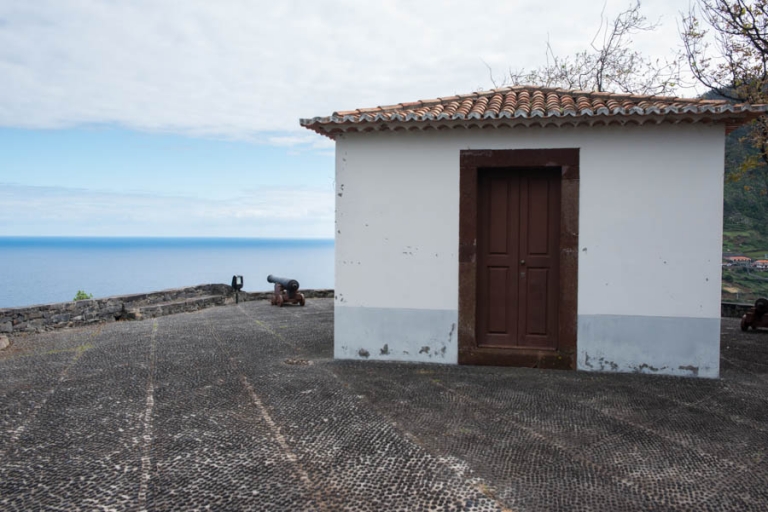 The white capstone building and cannon overlooking the atlantic. 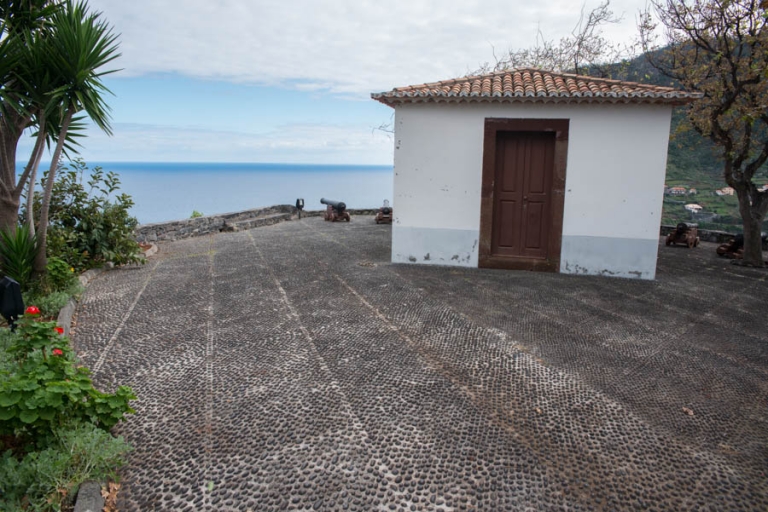 White capstone building at the Forte

Taking the little steps to the left of the capstone building, you descend the mountainside on a series of narrow paths that circumnavigate people’s gardens. This is a steep route and not at all suitable for push-chairs. 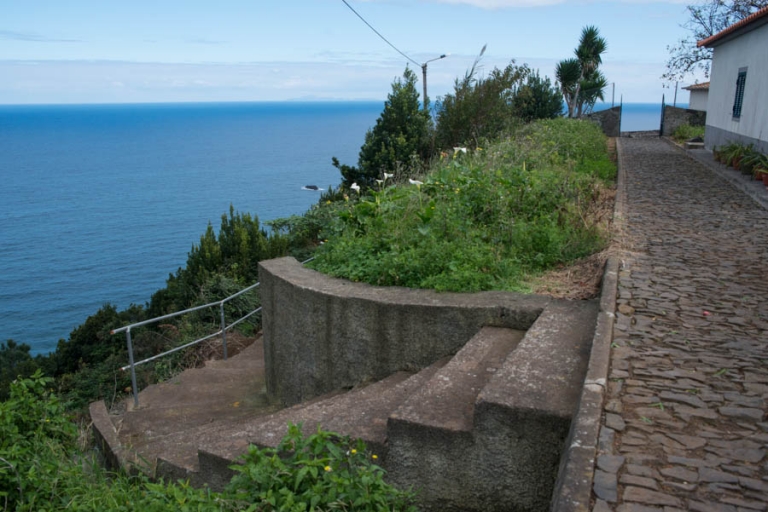 The steps leading down to Guindaste 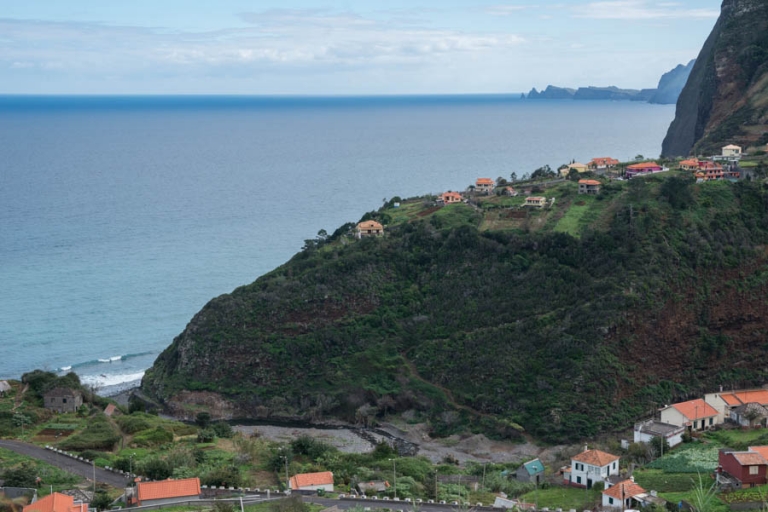 The view over Faial, the atlantic and to the far right the Ponta do Sao Lorenco.

You’ll walk past bananas growing into the pathway and various other plants and flowers. 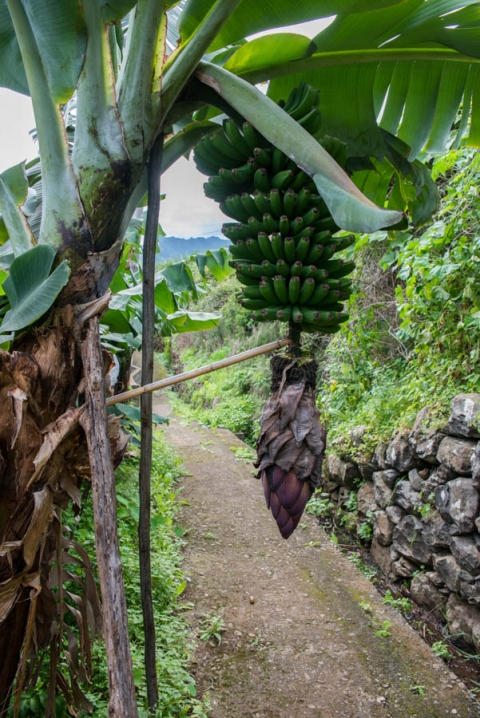 Bananas growing in the pathway 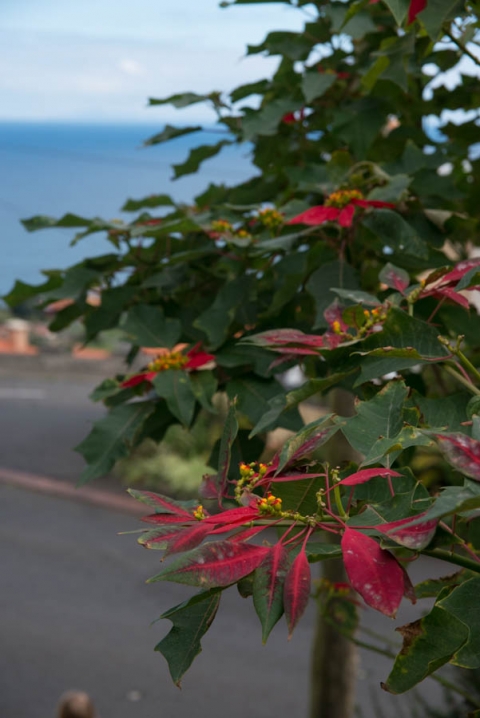 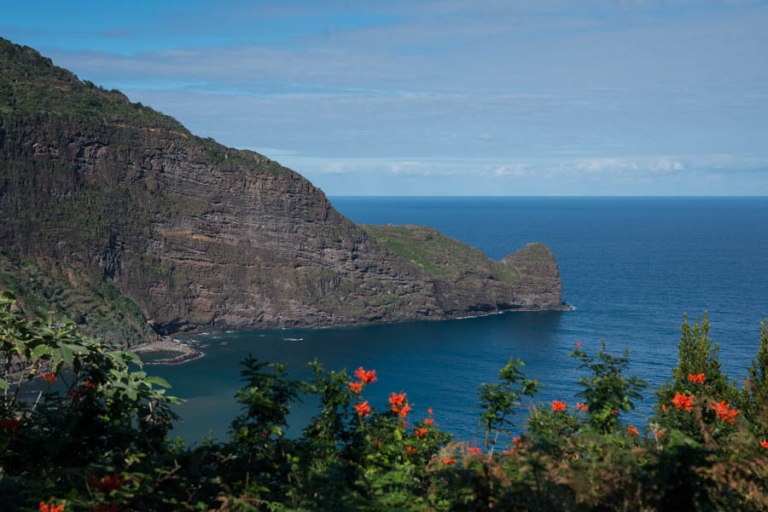 View point on the walk down

Here are two road signs to look out for on the way. The roads, staircases and pathways are tucked around the back of buildings and aren’t always evident. I take photos of the road signs as reminders, so we don’t get lost on the way back up! 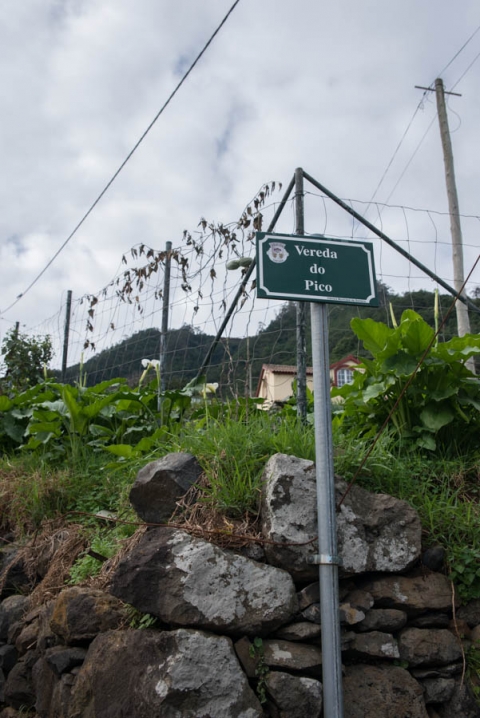 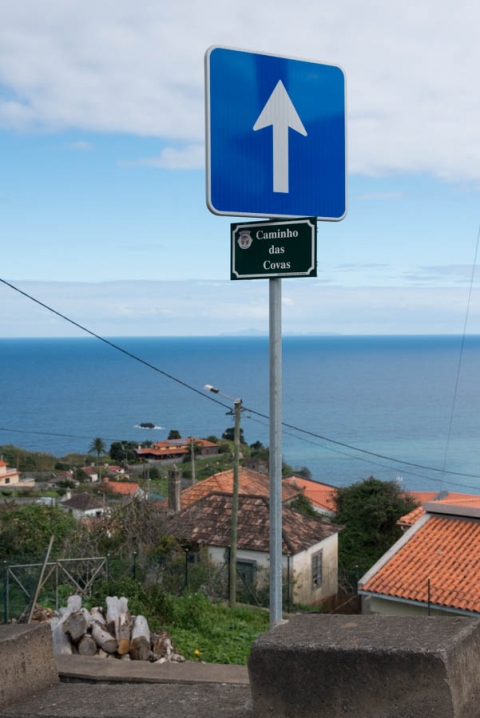 The Guindaste Viewpoint is located on a small portion of land that enters through the sea. If you walk to the edge and look down, you can see the rocks that have fallen off the viewpoint and down below.

From here, you have a fantastic view of the north coast, from the tip of St. Lourenço to the far right and the Faial river below. Looking into the valley of Faial, you can see the Faial bathing complex and Faial Leisure Zone. 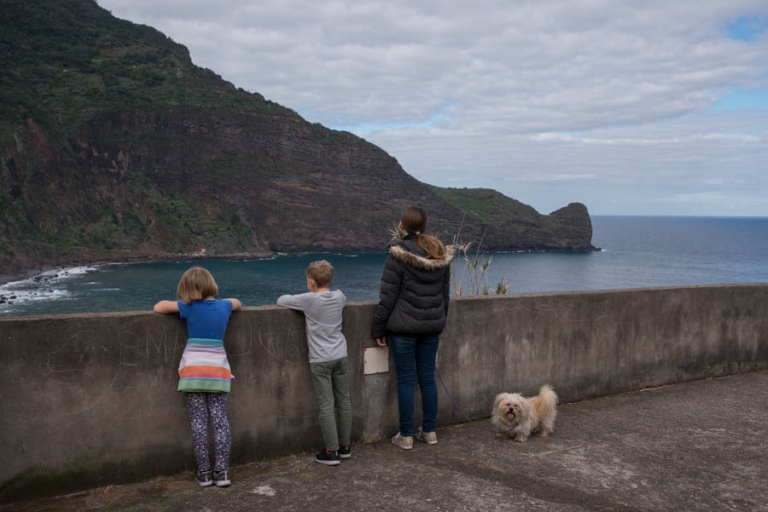 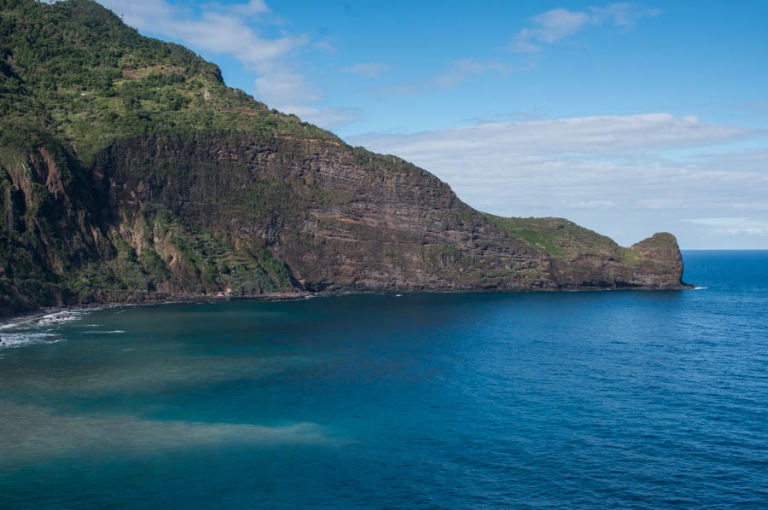 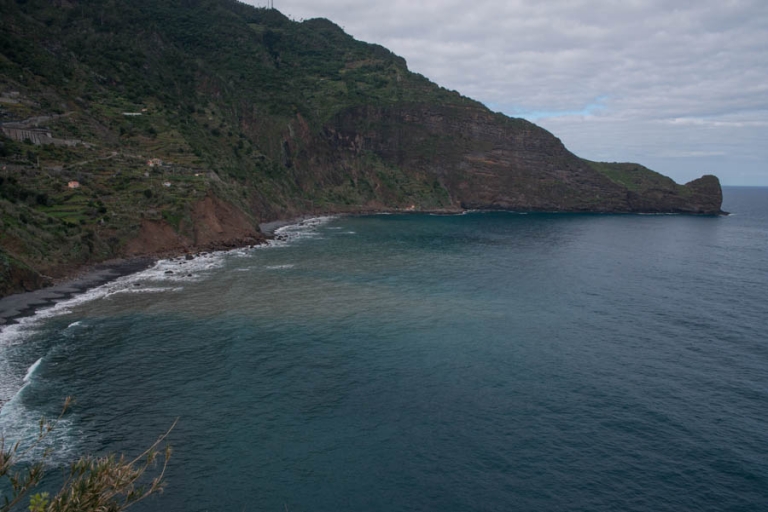 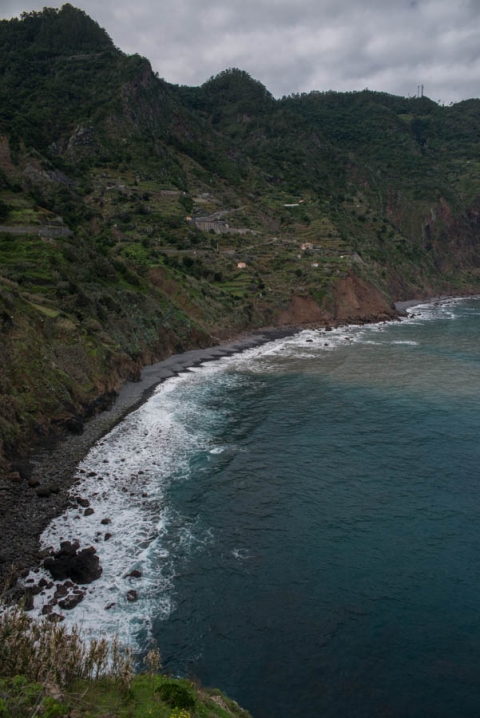 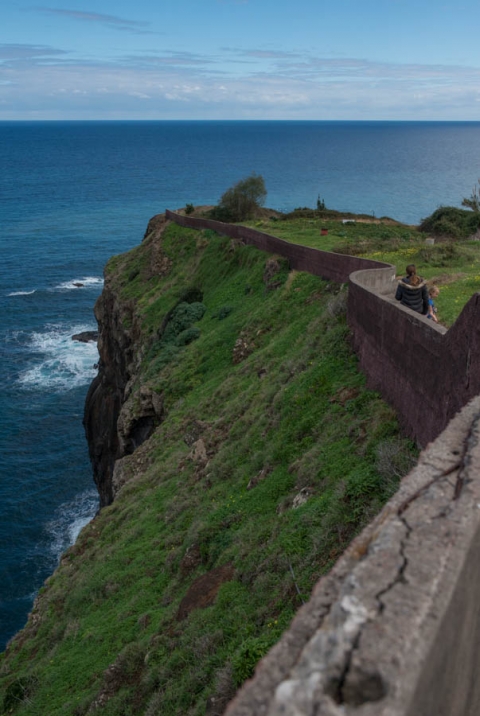 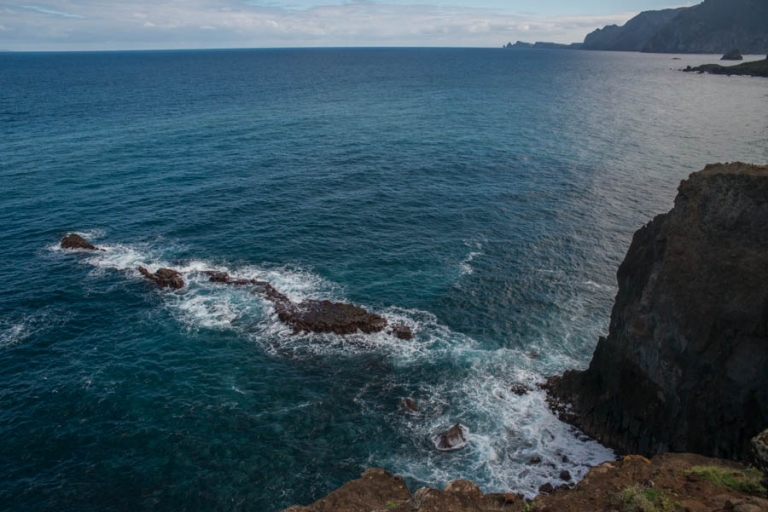 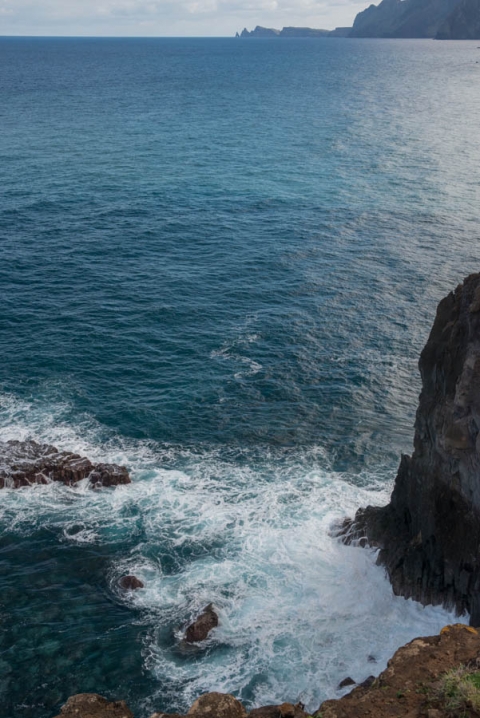 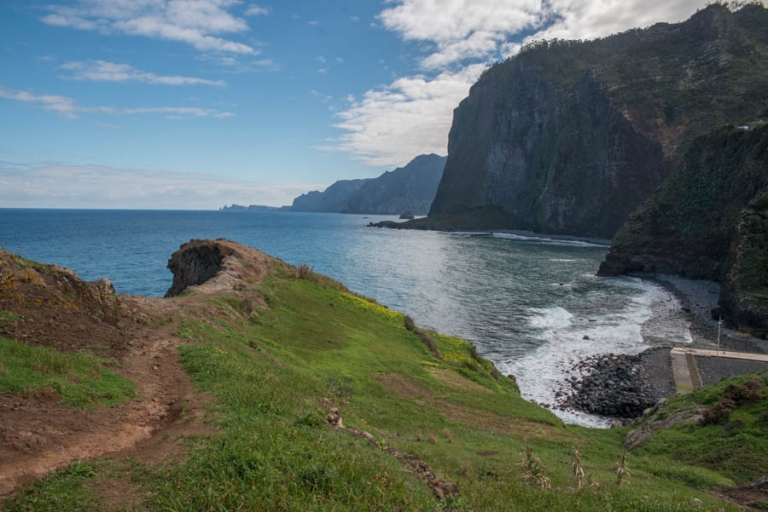 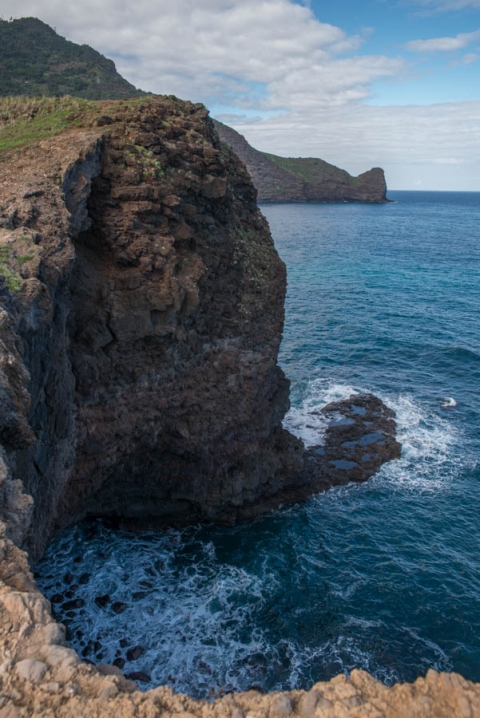 The view over the edge 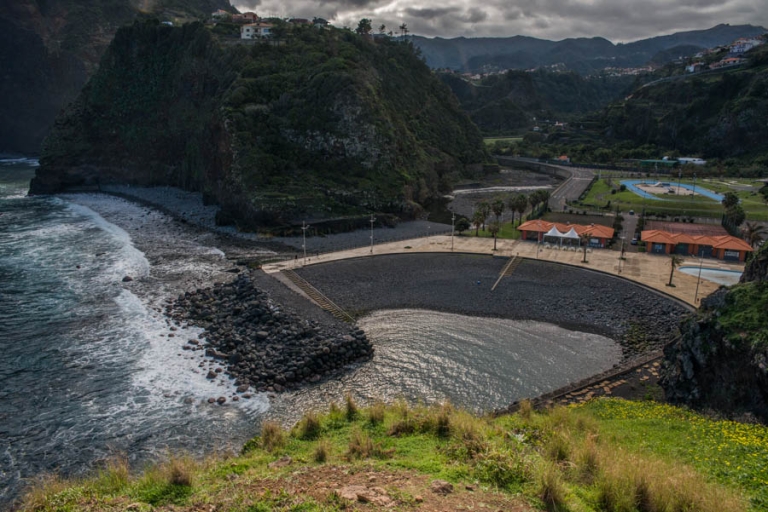 Walking down was relatively easy but walking back up, especially on a warm day, certainly gives you a cardio workout not to mention your calf muscles! It is steep and a constant uphill climb, most not in the shade. 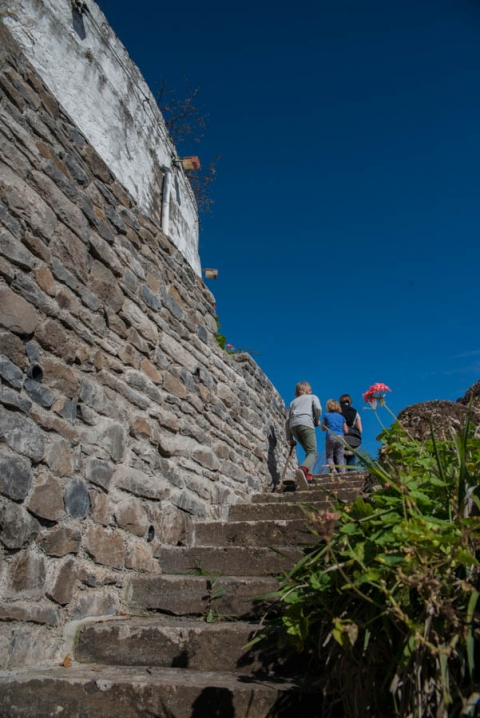 Walking back up to the forte 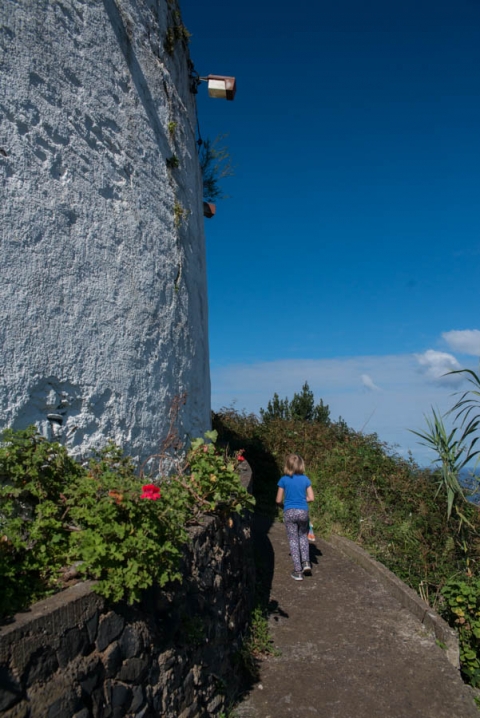 Walking back up to Faial

The View of Guindaste from Faial Leisure complex 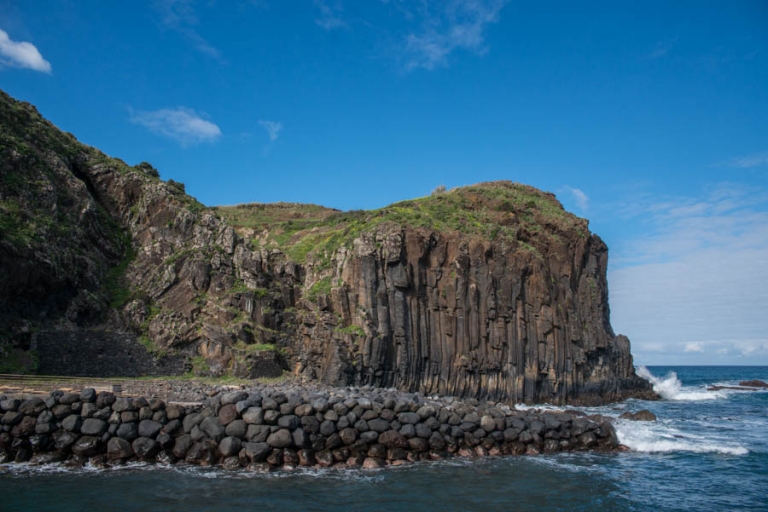