A photo tour around the palace of Bahia, Marrakech

The Bahia Palace in Marrakesh sits in a triangle between the Mellah, the Medina and the Kasbah.  It’s construction started in the late 19th century, intended to be the greatest palace of its time with its name meaning “brilliance”. It was designed to capture the essence of the Islamic and Moroccan style in a a 2-acre (8,000 m²) garden with rooms opening onto courtyards.

The palace was built in two stages by two different men, a father and son. The first part of the palace, known as Dar Si Moussa, was built between 1859 and 1873 by Si Moussa. Between 1894 and 1900, the second phase of construction was led by the son of Si Moussa Ba Ahmed, Grand Vizier of Sultan Moulay Abd al-Aziz.

As the palace complex was built in two phases, the footprint of he buildings are irregular and there are no continuous axes, elevations or coherent ordering principles. The palace grounds are large and cover nearly eight hectares of walled gardens, pavilions and buildings.

The palace was looted and ransacked long ago so don’t expect to see the palace as it was. It’s now completely empty although you can admire the architecture, the many fountains, the tiled floors, the carved wood doorways and ceilings and the gardens.

I think we paid about 100 dirham per adult for entry but I am really not sure. At the time it seemed expensive but I don’t think we’d understood just how much there was to see here.

You can have guided tours here which I would advise. It has to be said that our kids were a bit bored here.

The oldest part of the palace, Dar Si Moussa, has a courtyard and a central garden with several fountains and cypress, orange, jasmine and banana trees. There are two richly decorated rooms, covered with ceramic tiles surrounded by a lush garden which contains inscriptions dating from 1867. 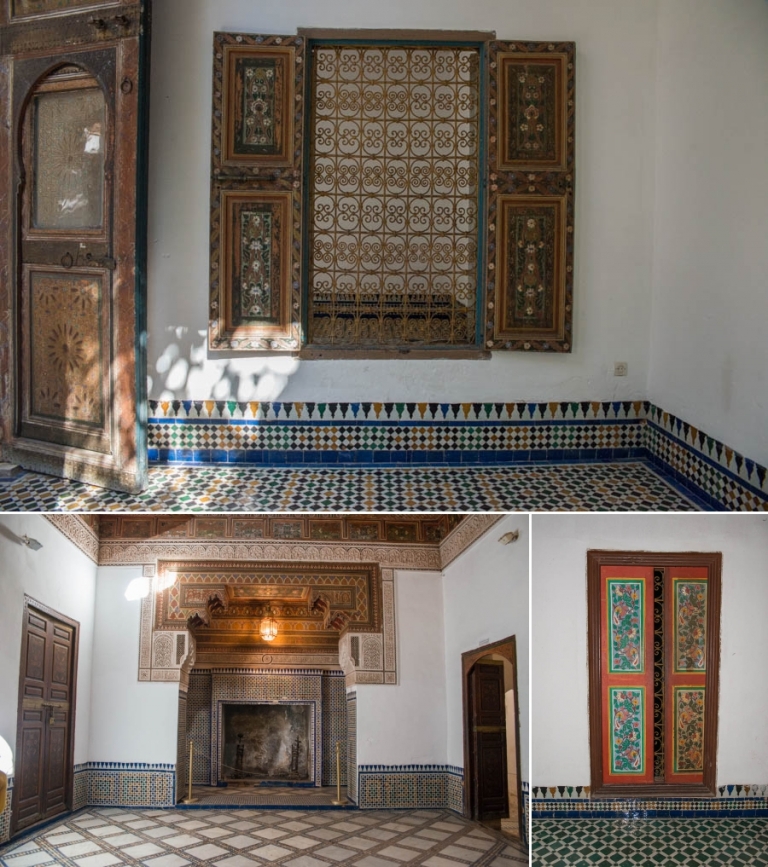 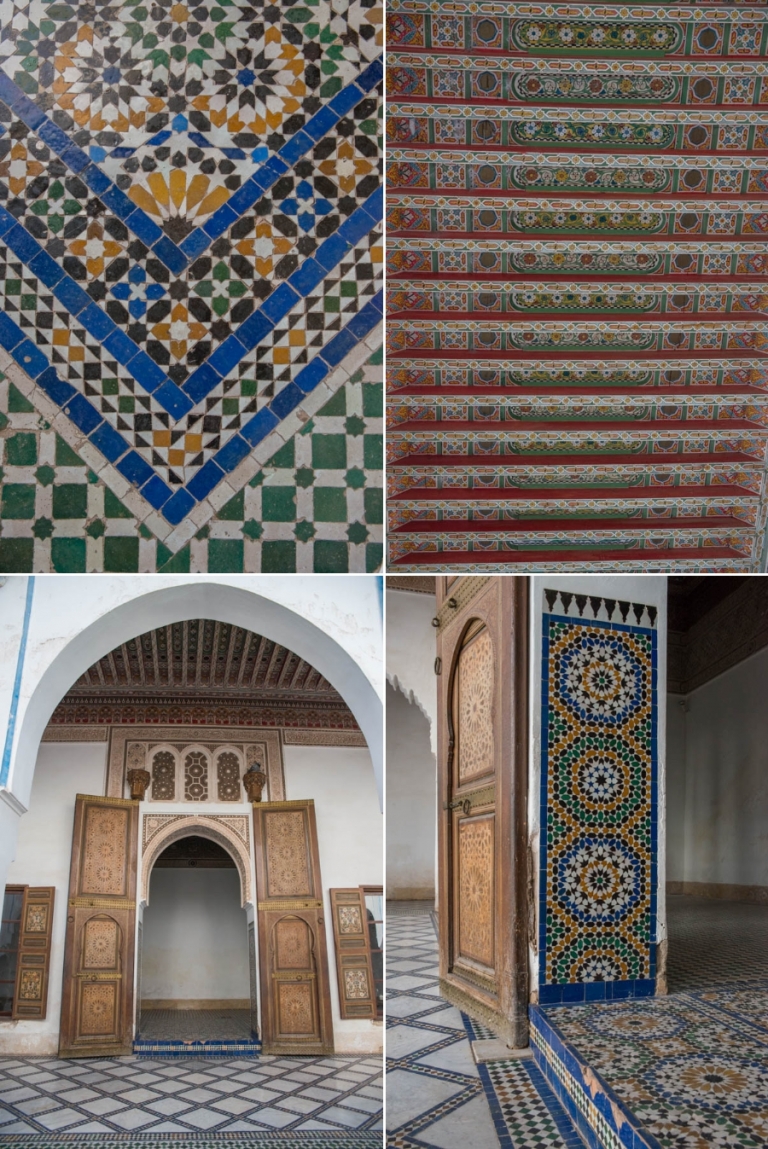 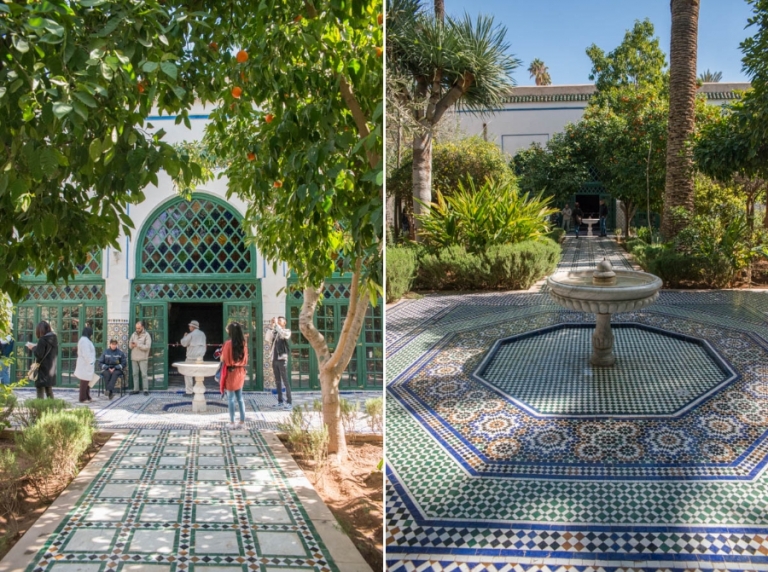 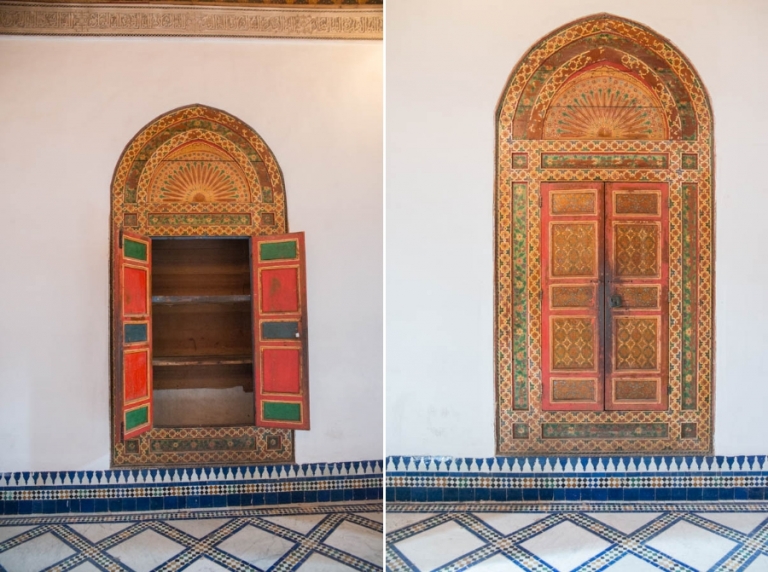 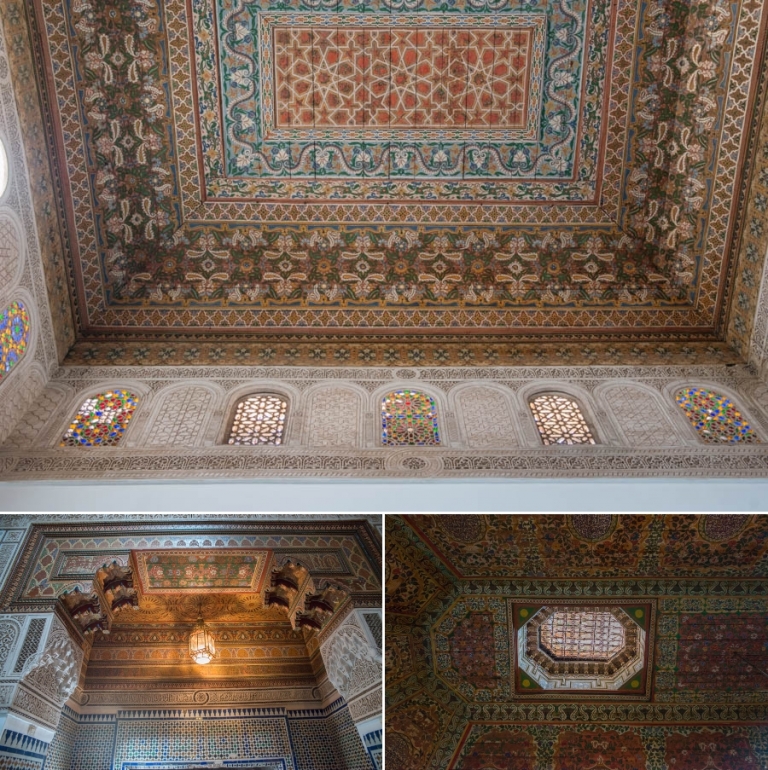 ARE YOU FOLLOWING US?

Leave us a comment and let us know what you thought?

Spread the love
3
Shares
3
Shares
Posted in Morocco
« Sidi Ifni, what a cesspit. Morocco
Beaches near Agadir Morocco which we can recommend »