Being Vegan In Bulgaria

What Is It Like Being Vegan In Bulgaria? The answer as always is, it depends. It’s getting much easier to eat out as a vegetarian or vegan but if you intend only to cook yourself, it’s possibly one of the easiest countries to visit. 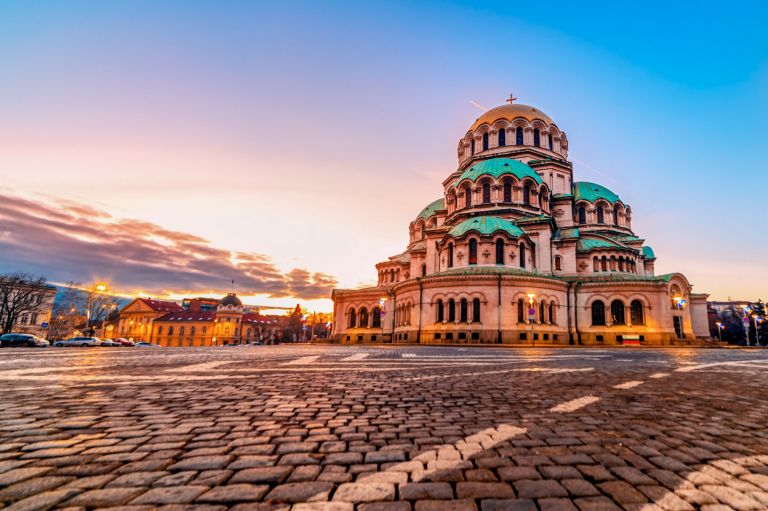 We were warned before going to Bulgaria that the food was very heavy on meat, cheese and cream… Usually all in one dish! So we had a fair idea of what to expect before we got there however we were pleasantly surprised when we discovered it wasn’t that bad and over the years, it really has become easier.

Being vegan in Bulgaria (and eating out) required a bit of planning but it wasn’t as horrendous as we were expecting. Typically most restaurants had something on the menu that we could eat, but usually, we ordered all of the side dishes (which were mostly all vegetable-based) and ate those on a share basis.

All photos taken with the Google Pixel.

As you’re entering Balchik from the west there are a number of permanent market stalls which sell an abundance of fresh fruit and vegetables. They don’t speak a huge amount of English but google translate and pen and paper worked well for us!

The food sold here is all grown locally and is very seasonal. We bought potatoes, onions, tomatoes and the biggest watermelon I’ve ever seen.

Loads of vegan choices and there’s a huge range of fruit and veg, fresh breads, as well as some organic ranges. I bought an entire week’s shop including 12 avocados, 2 small boxes of lego, vegan bars and dips, organic brown rice and some art and craft stuff for €100/£87/211Lev. I was astonished. 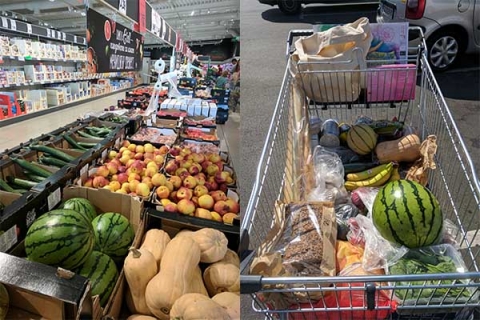 On the cape of Kaliakra is a restaurant which serves a small amount of vegan and vegetarian food. I had a vitamin A salad which was delicious and we shared a range of vegetable side dishes. 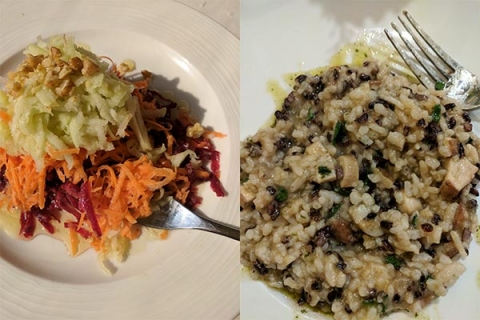 Vitamin A salad and mushroom risotto.

This upstairs restaurant bar offers a small selection of vegetarian and vegan food. We ended up ordering a huge plate of sizzling vegetables (sache) and about five side dishes. Most dishes come with cheese which we picked off.

Easily the easiest place now to be vegan and eat out. We wrote another article about eating out vegan in Sofia.

Entirely vegan shop with a small seating area at the back. For me the food looked very brown and this puts me off, including a strawberry smoothie. We ate a range of wraps, a quiche and some sandwiches and some protein balls for take-out. The staff are really friendly and nice and the shop is very small with a busy feel. 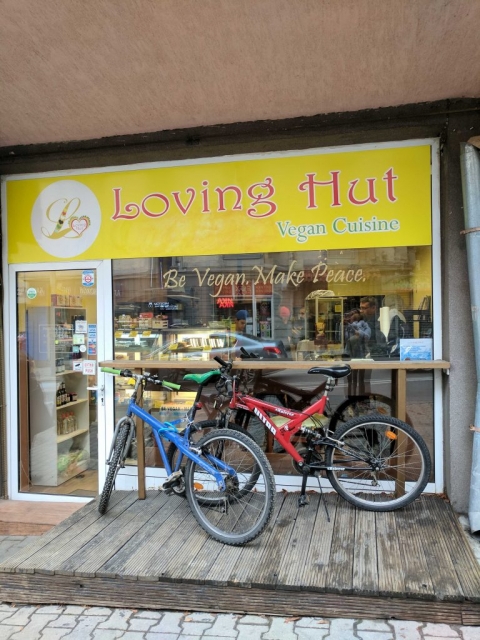 A self serve buffet which offers (mostly vegan) cold starters and salads, soup and a large selection of hot dishes. One dish had cream (mushroom stroganoff) but all the rest were vegan. The restaurant has a relaxed canteen type atmosphere where you serve yourself and then have your food weighed at payment.

We arrived at 19:15 on a Friday evening to be effectively told that they were having a concert at 8pm and didn’t have room for us. The lady was polite about it but there was no mention anywhere that we should ring or reserve first. It seemed to be busy and have a nice atmosphere.

The food we had was very bland and only moderately warmed through. The teas were nice though. It is located in a grimy area (above some shops) and the restaurant had an odour reminiscent of boiled cabbage.

A very modern bar and restaurant in the centre of town. Funky lights, great atmosphere, really nice staff and a good menu too. The vegetarian and vegan options are not specifically marked so you do have to hunt for those options but there are quite a few.

We got such a warm welcome here and the food was lovely. Parking in the local area can be a challenge but drive around and yu might find something. Fairouz has a selection of cold starters, warm starters, soups, salads and bread that vegans can eat. The flavours were subtle in comparison to some Lebanese I’ve had. This is a family run business and you can really tell that they care. There’s a huge garden outside the back if you don’t want to sit inside. 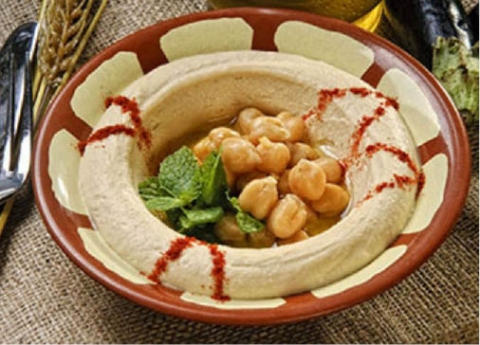 Super modern small cafe with limited seating. All food is vegan! Every dish comes with a choice of vegan protein and most dishes are cold. In the winter they have a soup on offer and also sell yogi teas. The food is very fresh and made to order. 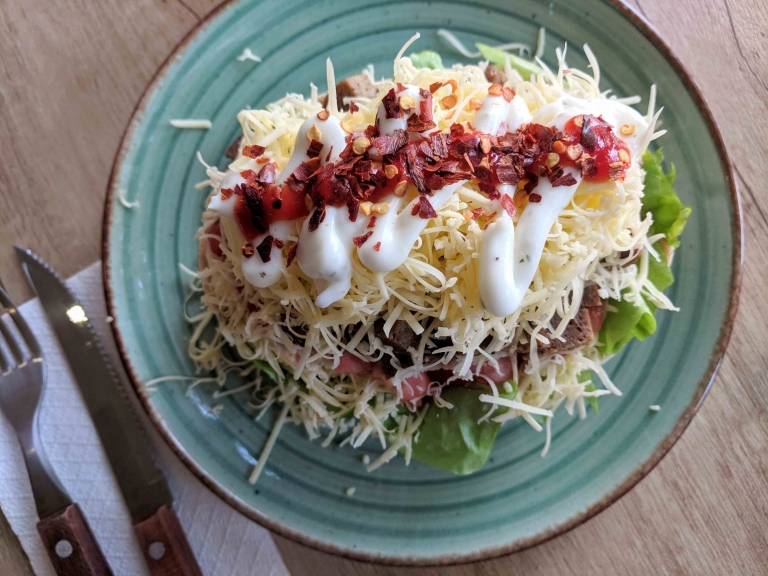 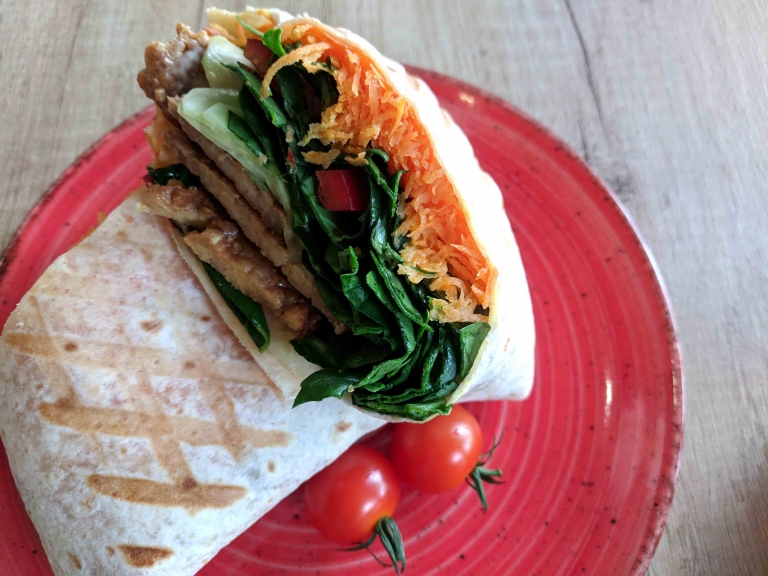 This place is a hidden gem amongst the backstreets. Run by a husband and wife duo, the restaurant is similar to an old, wooden tavern. There’s no menu as such but the host (man) tells you what’s available. Food is delivered to the bar where you collect it and you help yourself to drinks. It’s a warm and welcoming place where you may have to share a table. We really loved it here and the food was delicious, cooked out the back by his wife.

Side note: every time we go to Sofia, we eat here now. It’s just amazing and Freddy and his wife are brilliant. 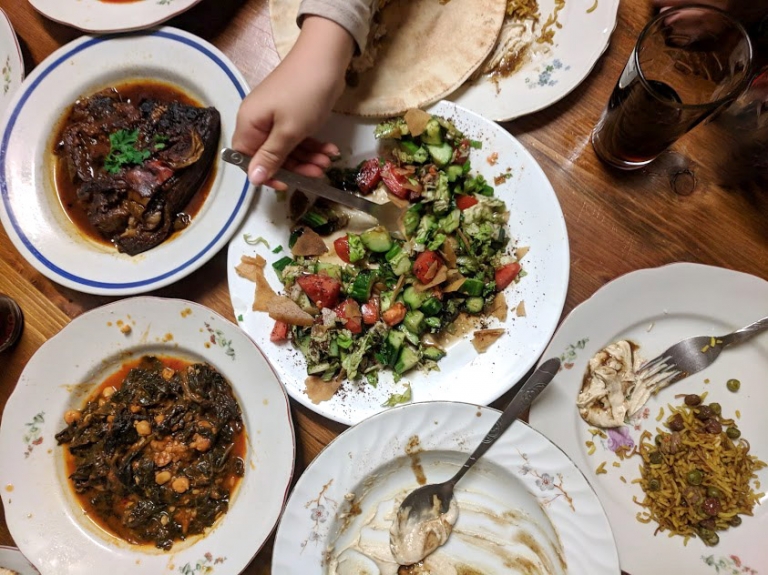 Read here for our review of this exquisite 15-course meal.

A restaurant with a great view over the valley and monument and a lovely menu. Quite a number of vegetarian and vegan dishes, the staff are really nice and the dishes very tasty.

Kaufland in Vratsa really surprised me – they do vegan soya yoghurt in two flavours & frozen vegan pizza. Not only this, but they have an entire aisle dedicated to bio & vegan dry produce including maple syrup, brown rice cakes, coconut flour, multiple types of nut & soya milks (even one with no added sugar!), vegan bars & biscuits, chia seeds, pine nuts & a ton more.

The same as above Lidl do a range of vegan food but in this store I’ve also found some Greek produce; tinned vine leaves and tomato beans but no nasty ingredients. They also do the best pretzels.

Overview Of Being Vegan In Bulgaria

If you do not intend to eat out in Bulgaria then being vegan will be easy as there are plenty of markets and stalls by the sides of road that sell beautifully fresh fruit and vegetables. As well as that there is a large range of supermarkets that sell vegan staples.

If you do intend to eat out then be prepared to have very limited choices and also to contend with the locals bafflement as to why you don’t eat any meat.

My top tip would be to look for the side dishes or starters and order a range of those that you can share around.

Pin this for later 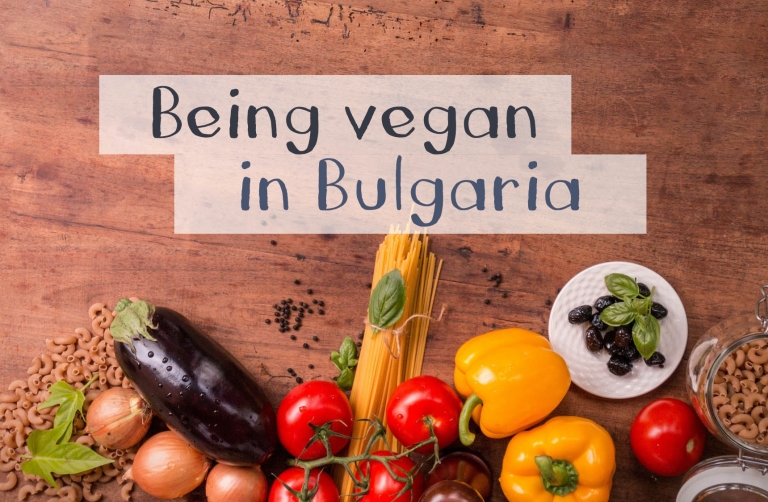 See Some Of Our Other Posts

Spread the love
2
Shares
2
Shares
Posted in Bulgaria
« How to trek Sibayak Volcano with kids ALONE
We invested in family photos (we think you should too). Here’s why! »