What To Expect From My First Ballet At The Peacock Theatre, London

Ever since I took their older sister to see The Nutcracker, our younger two pestered me to see the ballet. At the age of seven and eight though, would they be able to sit through an entire three-hour production? And sit still? As it happens I shouldn’t have worried because we tested them out on a ‘My First Ballet’ production in London and they thoroughly enjoyed it and would like to see more. If you’re wondering what My First Ballet is all about and whether your kids will cope, here’s the rundown.

What Is My First Ballet?

My first ballet is designed to be a child’s introduction to ballet on the stage. It is an adapted ballet version for children aged three upwards and the entire theatre is mostly kitted out with yummy mummies, nannies and their little girls in pink flouncy tutus and sparkling tiaras.

The irony wasn’t lost on us as my children were the scruffiest and oldest there! There was also a distinct lack of little boys too but don’t let that put you off. It’s still definitely worth going. 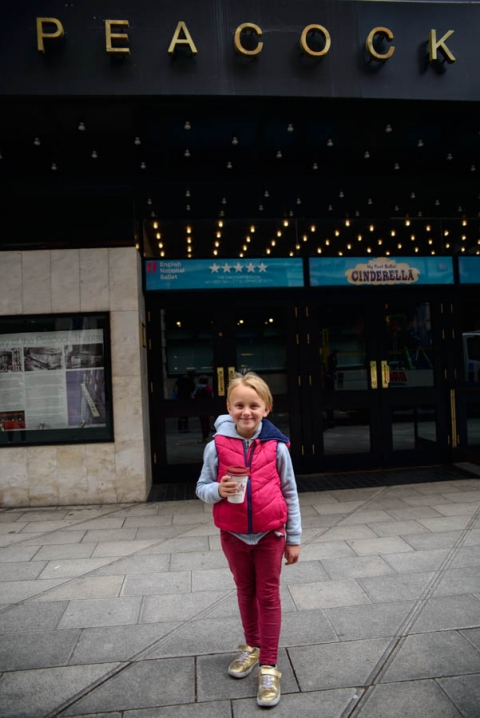 Super cool with her soya choco-latte to go…

Ballet Is For Everyone!

English National Ballet’s production is danced by a talented cast of senior students from the company’s school. The ballet is not as refined as if it were performed by company dancers but this doesn’t matter when you’re seven/eight and enthralled. 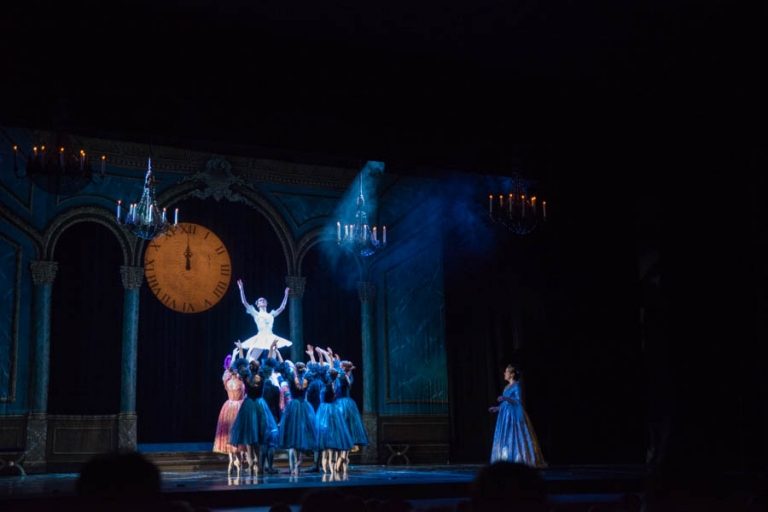 What Should You Expect?

With a narrator, who turns out to be middle-aged Cinderella, to help the audience follow the story, and a shortened version of the ballet, My First Ballet: Cinderella is a great English National Ballet School production and introduction for kids to ballet.

I agree that the notion of Cinderella is seriously outdated and no woman actually needs a Prince to come and save her let alone whisk her away but it’s a classic fairy-tale and if nothing else it teaches children to sit still, concentrate as well as a life long passion for the arts. It also highlights how our ever constraining and stereotypical gender roles are a load of baloney! 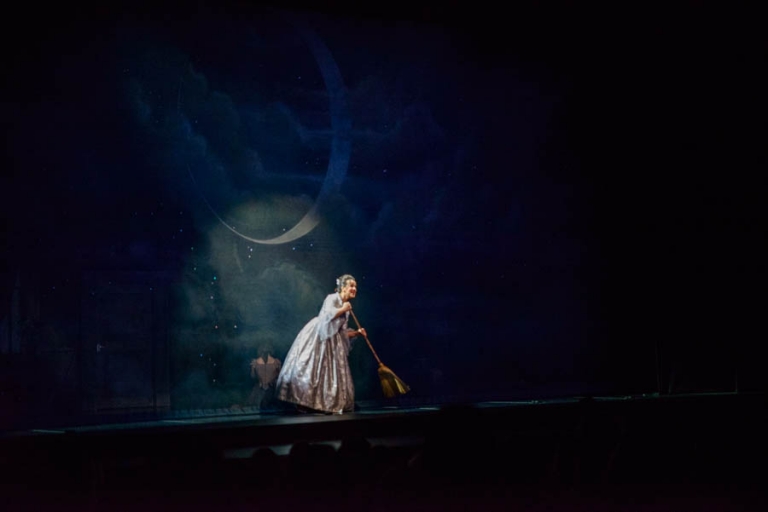 For those not familiar with the story, Cinderella is tormented by her evil stepsisters and can only dream of attending the Prince’s glamorous ball. Abandoned to an evening of drudgery in the kitchen, she is visited by her Fairy Godmother who transforms her into a glittering Princess who shall go to the ball.

Here are some photos that I wasn’t supposed to take! 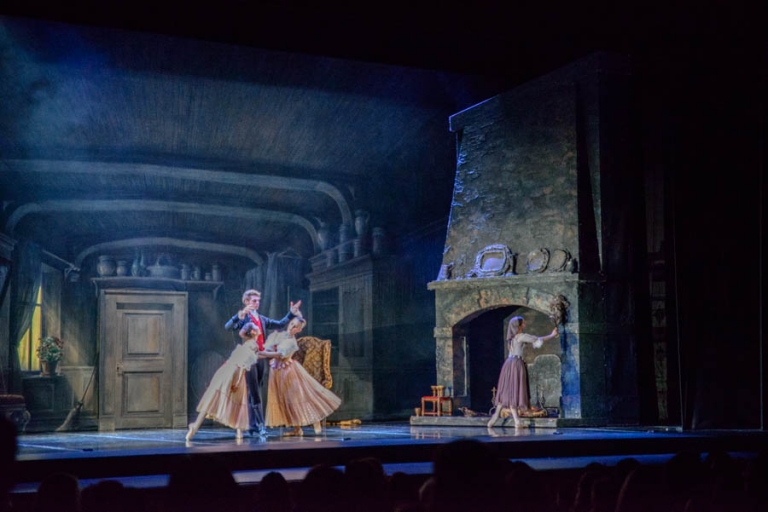 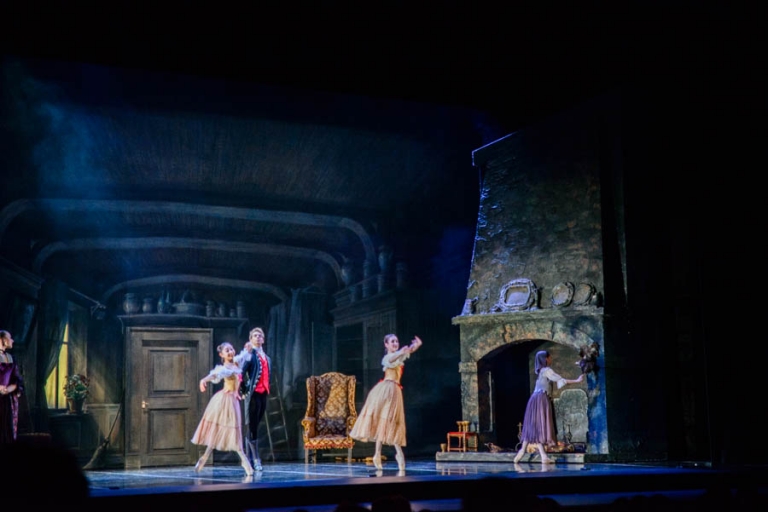 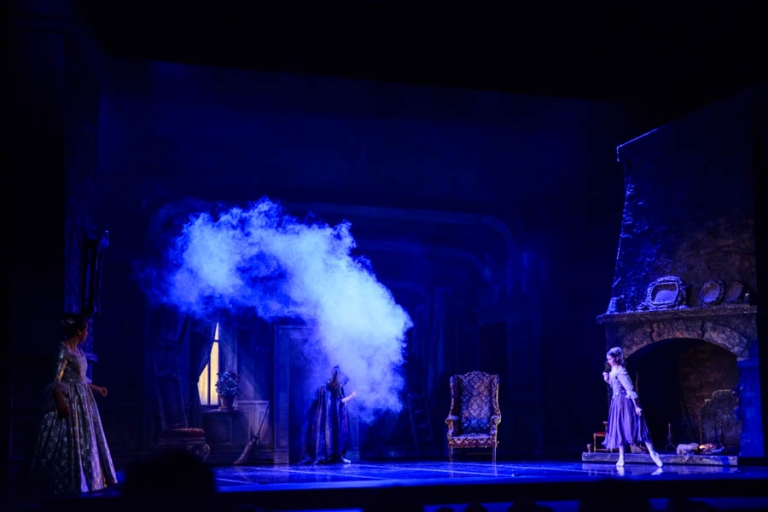 The fairy godmother makes an entrance 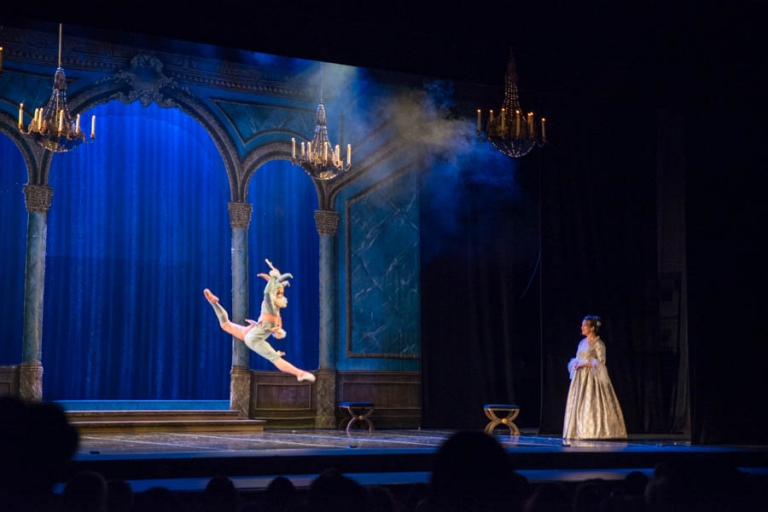 The jester at the Prince’s ball 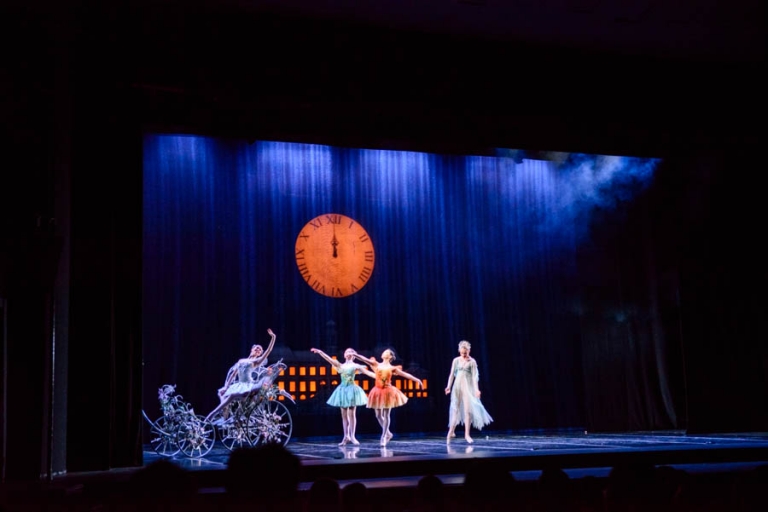 Cinderella in her carriage

What Did We Think Of ‘My First Ballet’?

We thought it was wonderful.

We felt a little out of place in the beginning, being quite scruffy and much older than most other kids there. However, the company dancers came and sat in front of us and that was fab! They made us feel welcome and excited to be there.

We took three children who were aged 7, 8 and 13 and each one had a good time.  Each half was only forty-five minutes long and they sat still and concentrated. I don’t think they ever took their eyes off the stage. It isn’t the first time they’ve been to the theatre but it was the first time the younger two had seen ballet.

We were also really impressed with the toilets which are air-lock suction rather than water flush. Apparently it uses less than three-quarters of the typical amount of water! 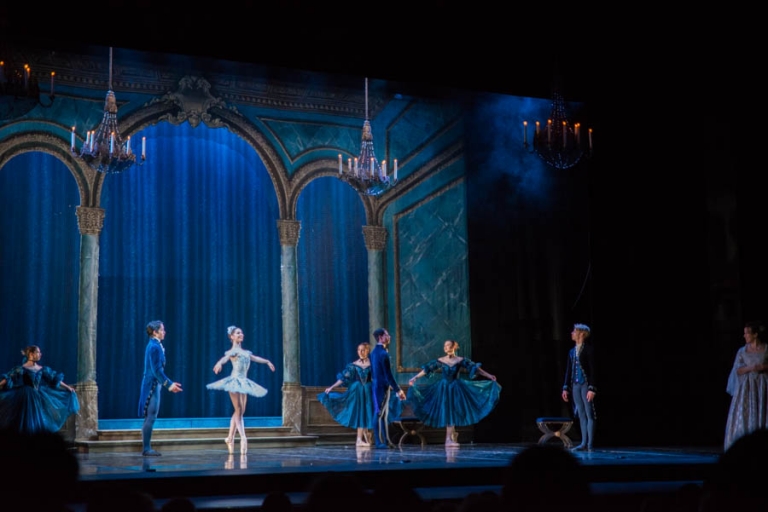 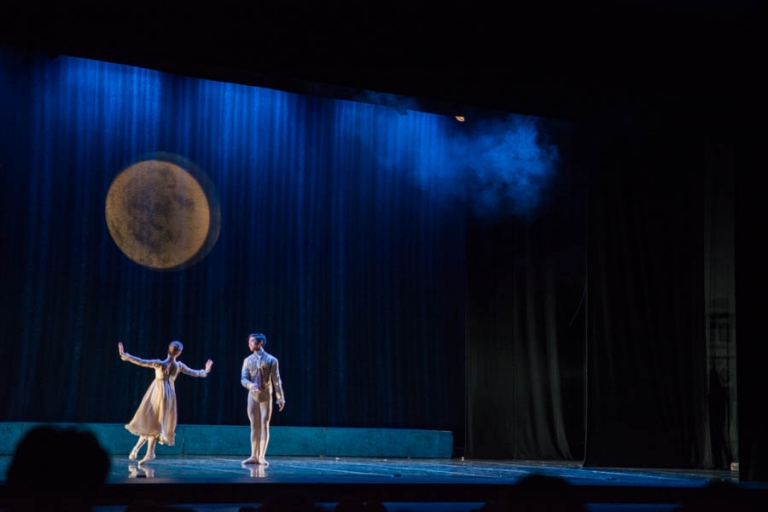 Cinderella saying goodbye to the Prince at midnight 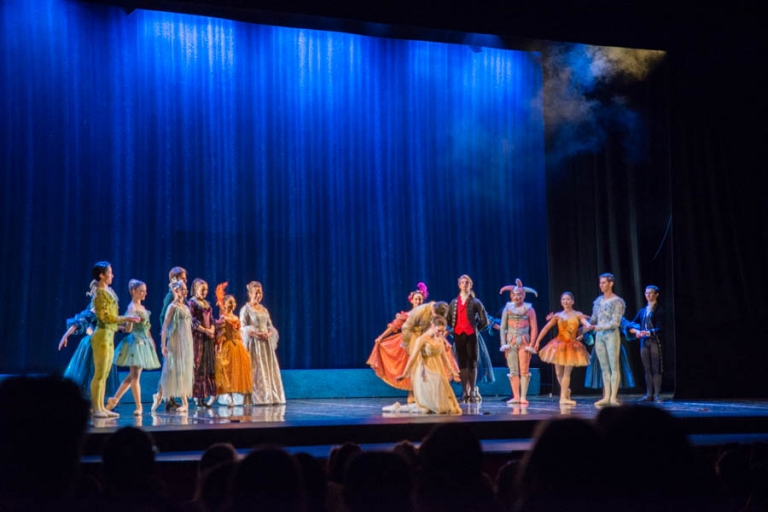 Where Could You Stay In London?

We love staying in West London, especially Hammersmith. It has a great vibe, loads of parks, markets and awesome riverside walks. It benefits from two tube stations and has quick and easy access into other parts of London.

Other Things To Do In London

Spread the love
3
Shares
3
Shares
Posted in UK
« The rooftop bars in Seville you MUST visit!
Being vegan in Seville »