Located 18 km north-west of Varna is Pobiti Kamani. Also known as ‘the petrified forest‘ and ‘the stone forest‘ the fossils are described as one of the most incredible natural phenomena of Bulgaria. 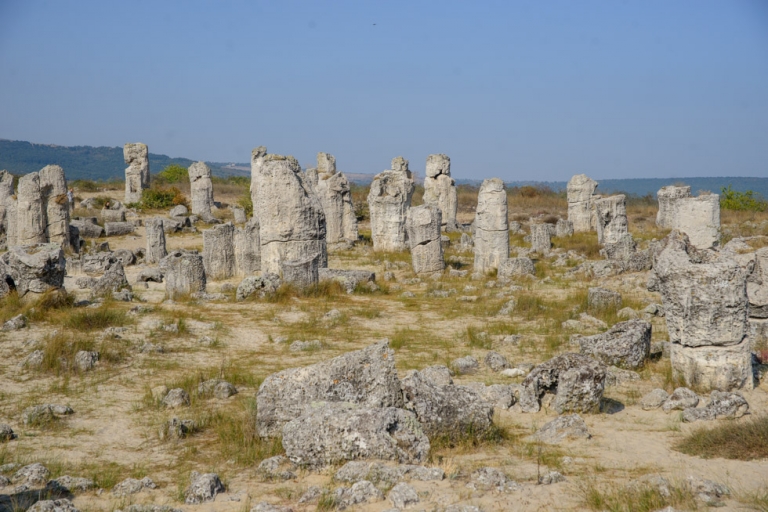 How to find  Pobiti Kamani?

Some GPS maps will find ‘the stone forest‘. If not, head out of Varna on the A2/E70 until you pick up signs for Pobiti Kamani. 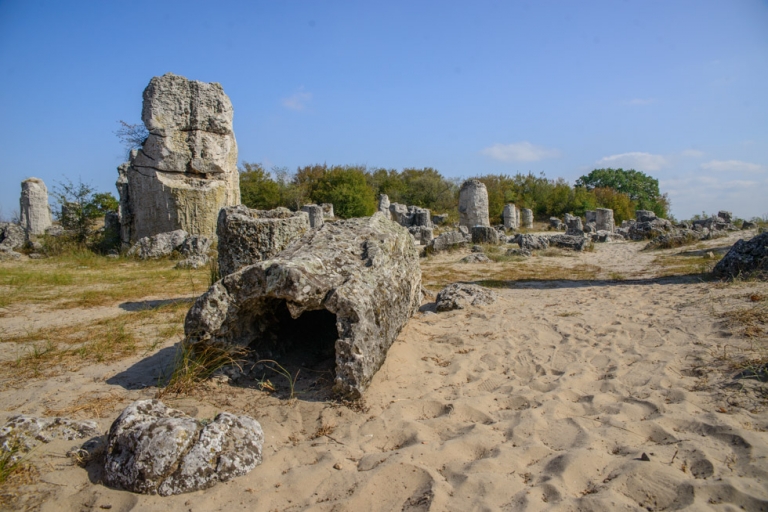 Hollow on the inside

How much does it cost & when is it open?

A free car park is located just past the entrance on the left hand side. 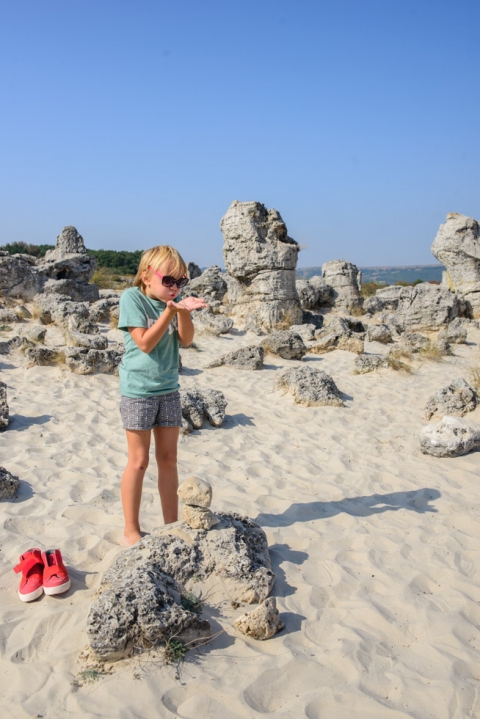 Similar to The Pinnacles

Similar to The Pinnacles in Western Australia, Pobiti Kamani consists of groups of natural rock formations located in a desert.

Estimated to have been formed about 50 million years ago, the clusters of stone columns reach heights between five and seven metres and with a thickness ranging from a third of a metre to three metres in diametre. 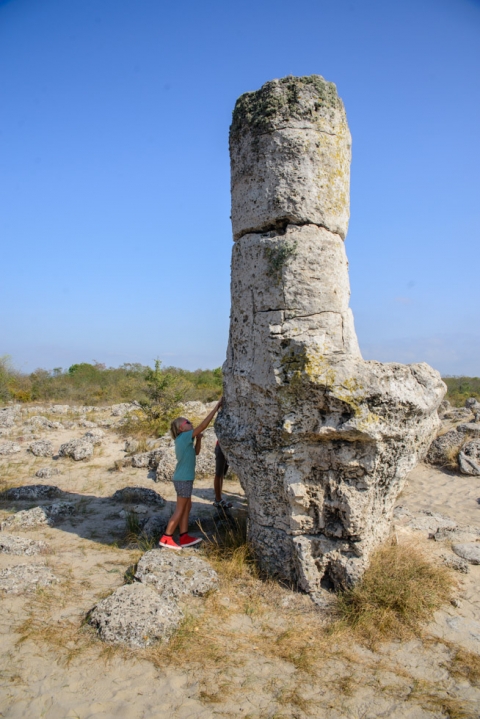 How big is the site?

The striking stone pillars cover a total area of fifty square kilometres, with a number of smaller groupings spreading out from the centre. Those stones found in the heart of the ‘forest’ are the most prominent and these ancient pillars spread a total distance of nearly a kilometre. 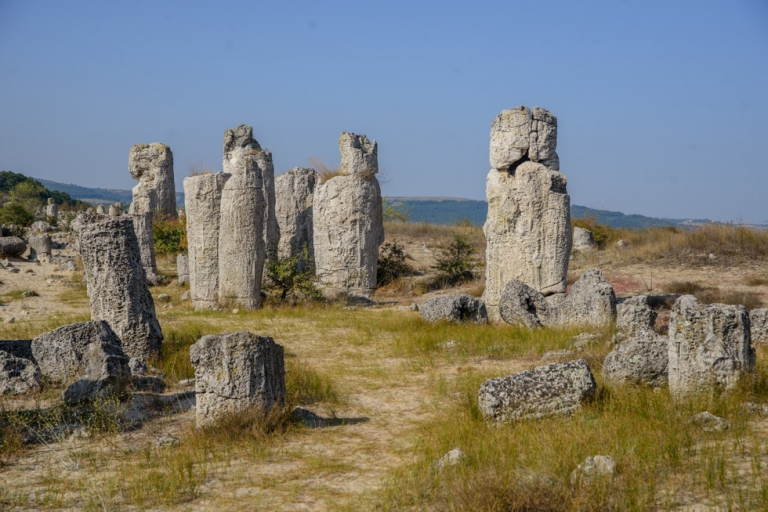 What does it all mean?

The name Pobiti Kamani literally translates to ‘the hammered stones’ due to the appearance of the rocks which are almost all hollow cylinders, filled with sand and appearing as though hammered loosely into the earth.

The site was designated as a natural landmark in 1937 and the stones have been found to contain a number of rare fossils – including the petrified remains of nummulite, mussels and giant snails. 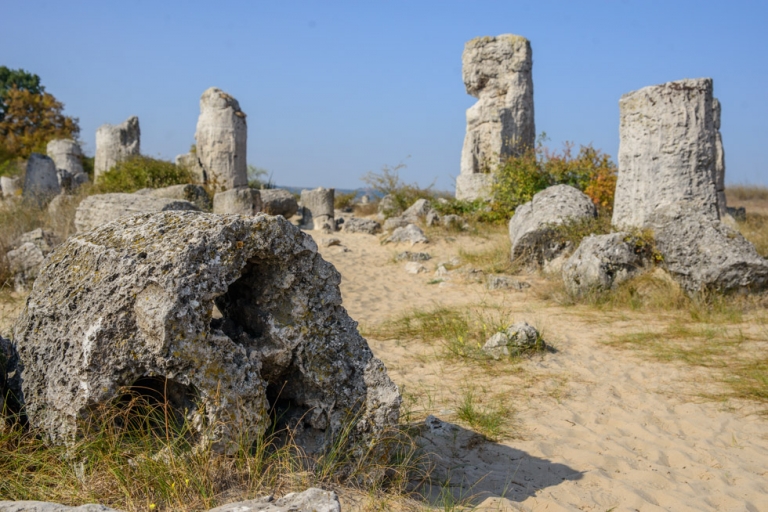 How were they formed?

These naturally-formed pillars have attracted the attention of global geologists who have each offered their own hypothesis as to their origin.

The first in-depth study of the Fossil Forest was commissioned in 1828 by the Russian General Dibich and later in 1854 by the English geologist William Hamilton.

Hamilton theorised that the stones were “the work of the sea” and had been formed by chance over many millennia. These ideas were give further support by a geological survey carried out in 1855. 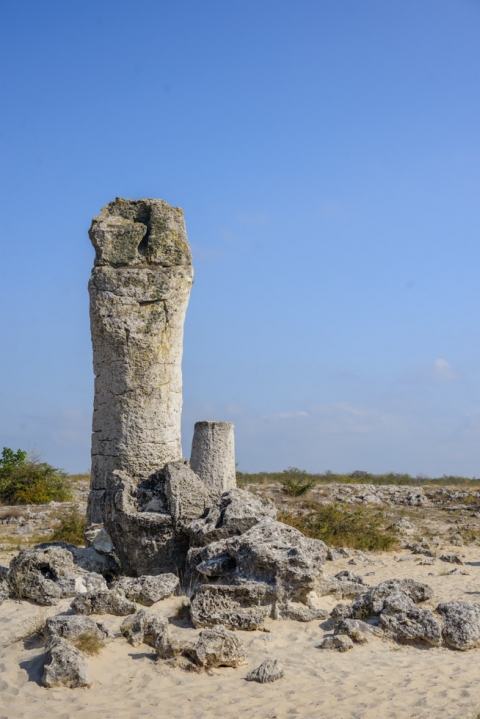 The most cogent explanation to date comes from Bulgarian geologists Peter and Stefan Bonchev Gochev who believed that the columns date back to the Cenozoic Era, fifty million years ago, when much of Eastern Europe was still at the bottom of the ocean.

As sediment and sludge settled to the bottom of the seabed, the thick layer of sand was compressed into limestone. Releases of gas forced their way up through holes in the strata causing hollow flues to form and solidify. 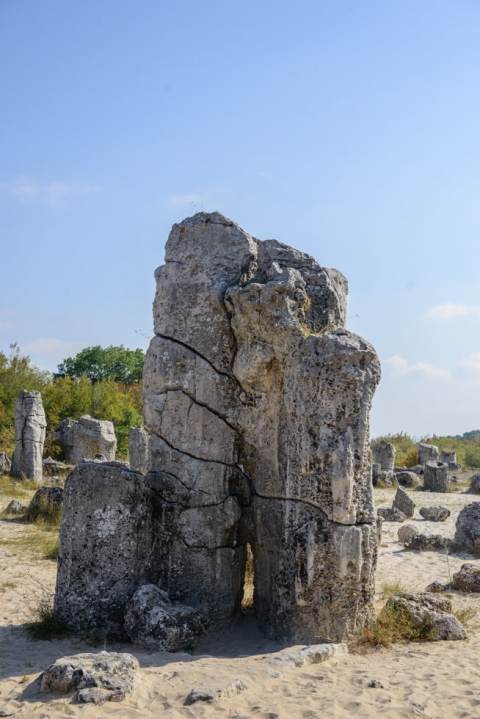 Many millions of years later the area has become a dry, arid landscape and the surrounding sand has slowly eroded away to leave only the stone chimneys which now appear as tall pillars stuck in the earth.

Some of the pillars appear to resemble human faces and many have been accredited with names and personalities by the locals. 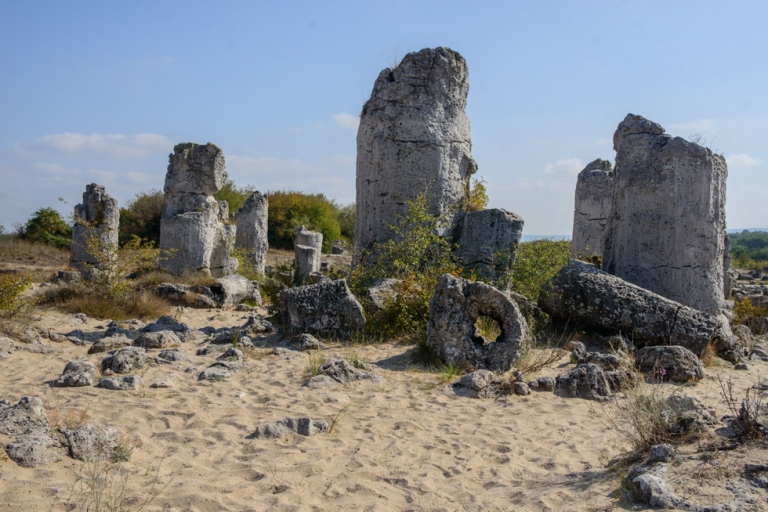 Keep an eye out for rocks that look like ‘the lonely man’, ‘the camel’, ‘the mushroom’, ‘the forked stone’, ‘the family‘ and ‘the stone of fertility’ which looks like a giant penis! 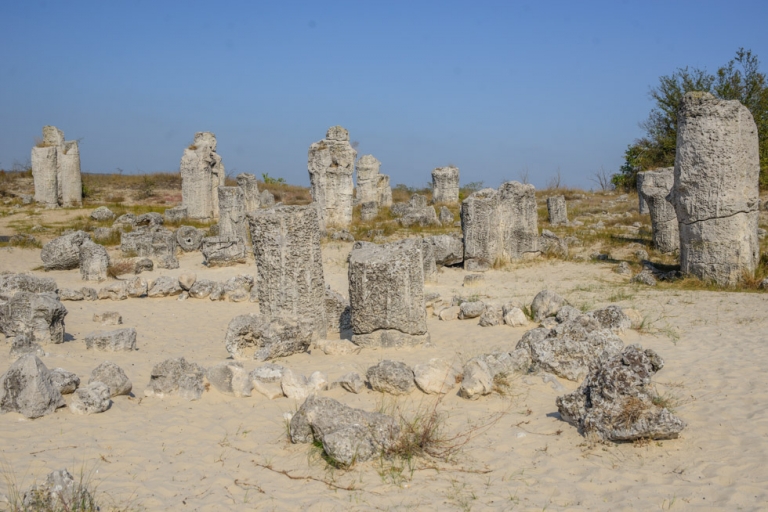 Take your shoes off too!

The sand was much deeper than we expected and as it was a lovely sunny day, we took our shoes off and pretended we were at the beach! 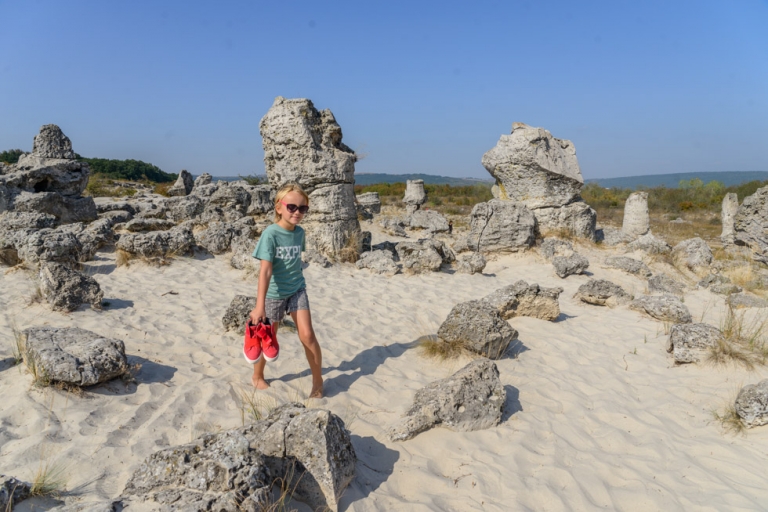 What did we think of the rocks?

They are pretty unique but I am not sure I would agree that they are ‘that’ interesting. Unless you’re a geologist or hold a particular interest in fossils the rocks will be a bit ‘cool’ to see but not much more.

If you’re local these pillars provide a way to while away an hour or so but don’t drive especially out of your way to come and see them.

If you have any more questions or want to chat adventures please leave me a comment below or find me over on Instagram or Facebook and ask away! 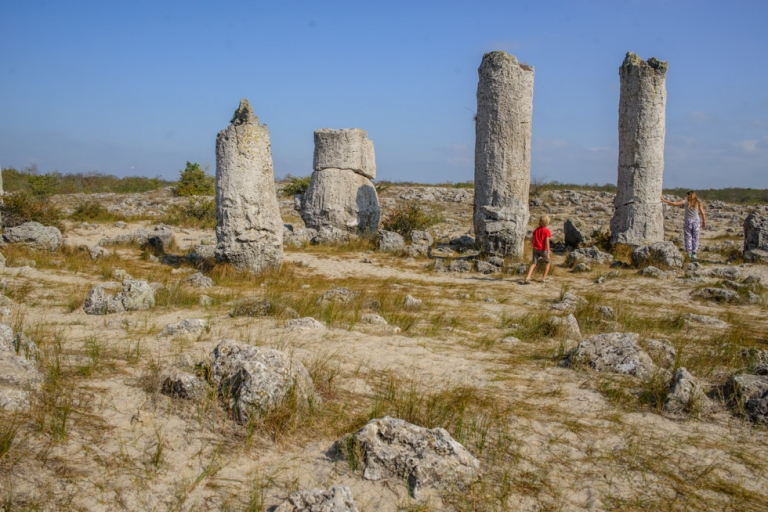 Other things you can do in Bulgaria

Spread the love
10
Shares
10
Shares
Posted in Bulgaria
« We invested in family photos (we think you should too). Here’s why!
The best way to see Penang? Malaysia »