Tucked behind the Kasbah of Marrakech, hidden behind a small, wooden door you’ll find the Saadian Tombs. A little hidden gem in Marrakech which you should take the time to visit. So, if you’re visiting Marrakech with kids and looking for something to do, the Saadian Tombs are intriguing. 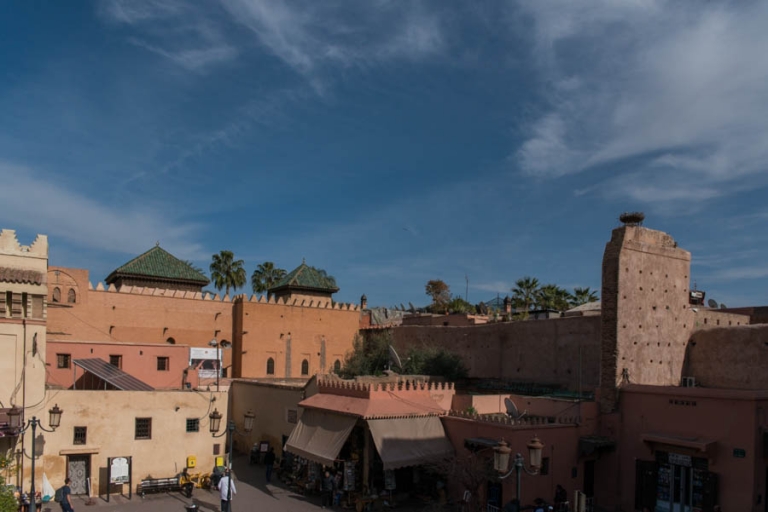 The tombs from the Kasbah restaurant just opposite

Where To Find The Saadian Tombs

The tombs are next to the Kasbah mosque built by the Almohad dynasty in 1184. It was refurbished in 2016 (it was originally remodeled in the 17th and 18th century) and is one of Morocco’s first green mosque’s, entirely powered by solar energy. Non-Muslims aren’t able to visit the mosque interior but often times the doors are open and you can peek in. 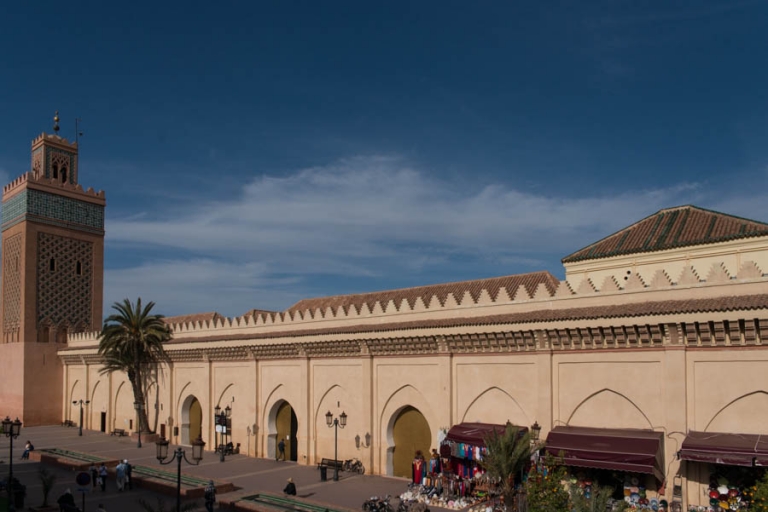 The Tombs Were Once Deliberately Blocked Off

For two centuries the tombs were deliberately lost and only rediscovered in 1917 during a French aerial survey.

The tombs’ long neglect is in part responsible for its enduring preservation however the tombs and rooms have now been fully restored. There are many fascinating photos around the walls of the tombs restoration which are well worth a passing glance. 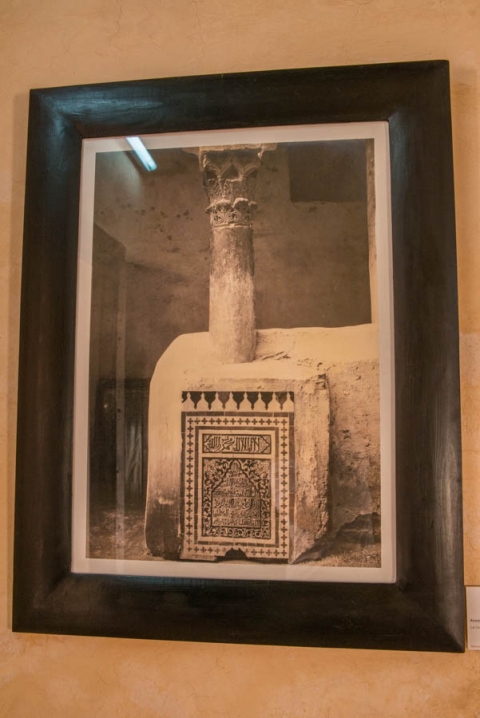 Photo of the tombs when discovered 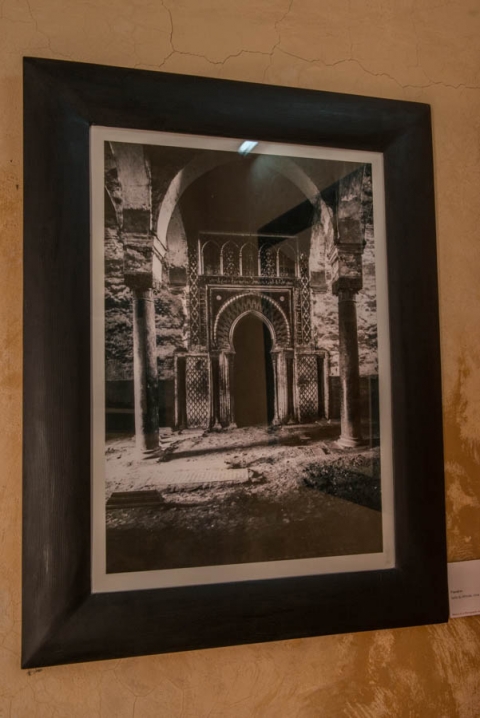 The tombs when discovered

Seen on the left as you enter, the first mausoleum is the prettiest and coldest of the two mausoleums. Built to house Mansour’s tomb, it has a vaulted roof, marbled columns, fine carvings and stunning zellij tiles. 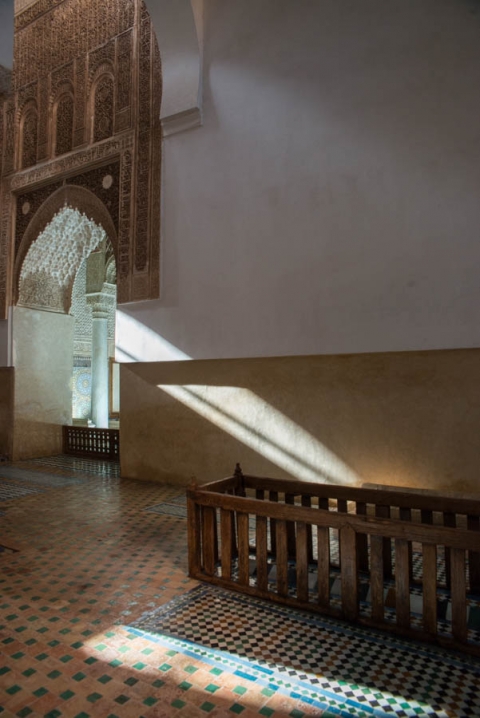 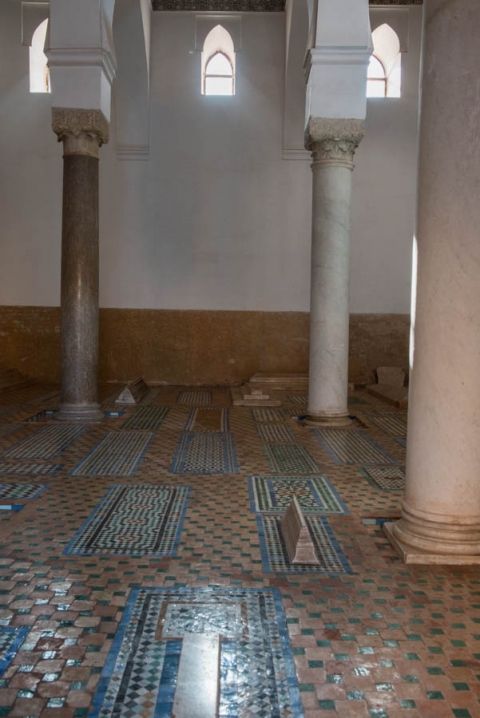 Marble columns in the tombs

There’s An Oratory At The Saadian Tombs

The first hall is an oratory and probably not originally intended for burial, but nevertheless contains the thin marble stones of several Saadian princes. 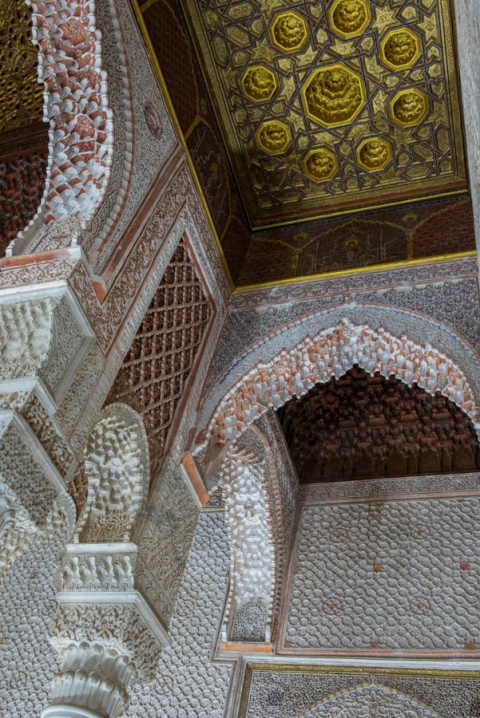 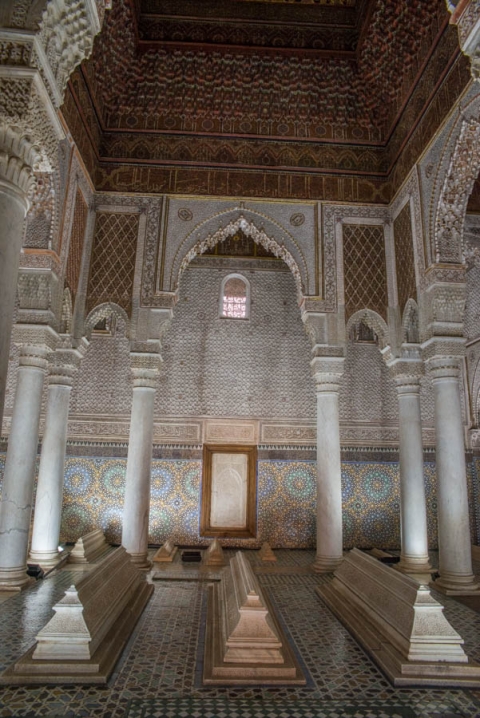 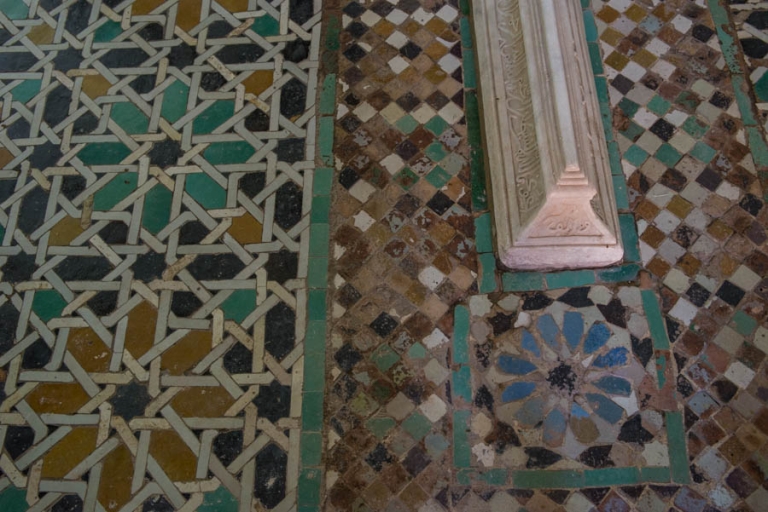 In the back of the mausoleum is a very fine mihrab, supported by a delicate group of columns. El Mansour’s tomb is in the domed central chamber, flanked by the tombs of his sons and successors. 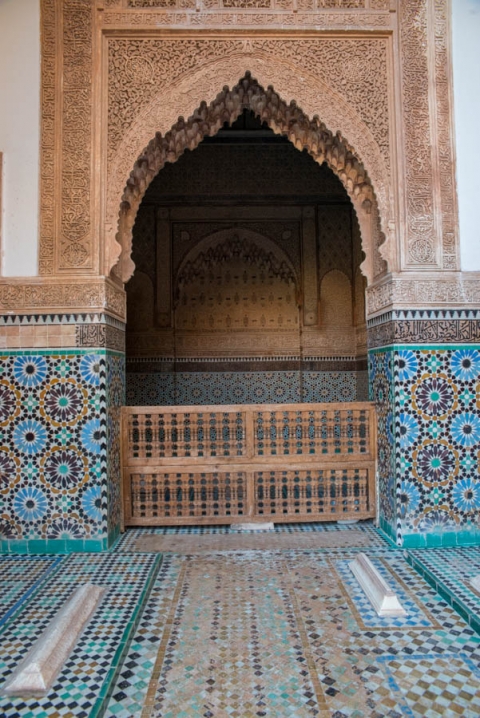 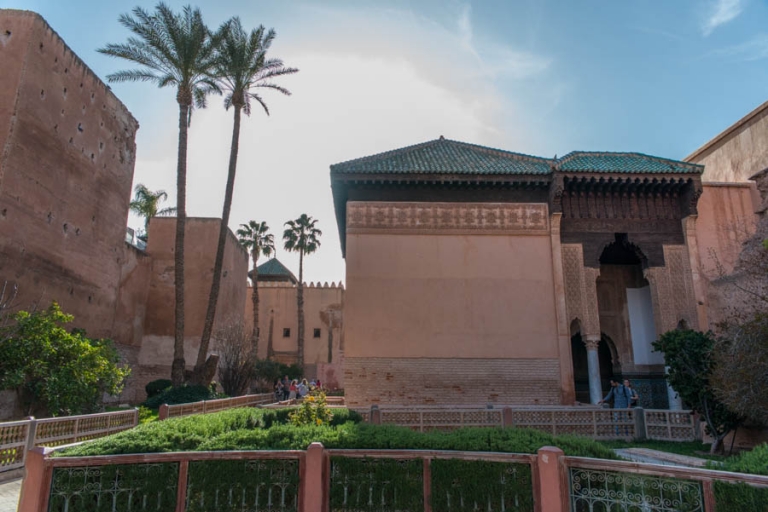 The Gardens Are Its Attribute

Scattered around the gardens are the tombs of a hundred or more Saadian princes and members of the royal household, including a few Jewish graves. The gravestones are covered in brilliantly colored tiles and most have inscriptions with quotes from the Qur’an. 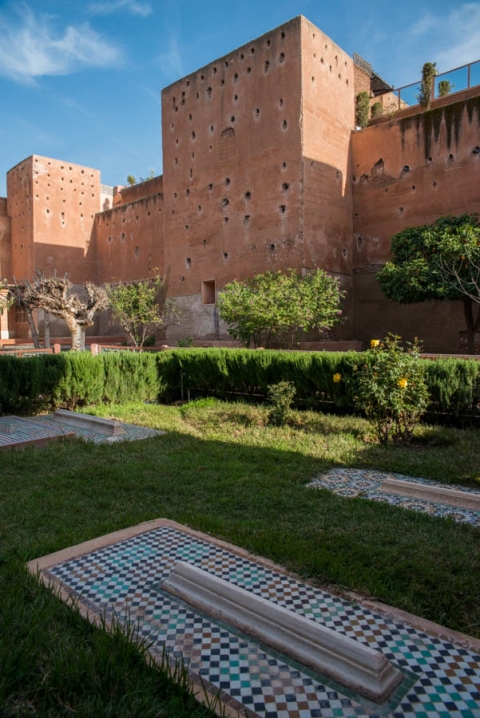 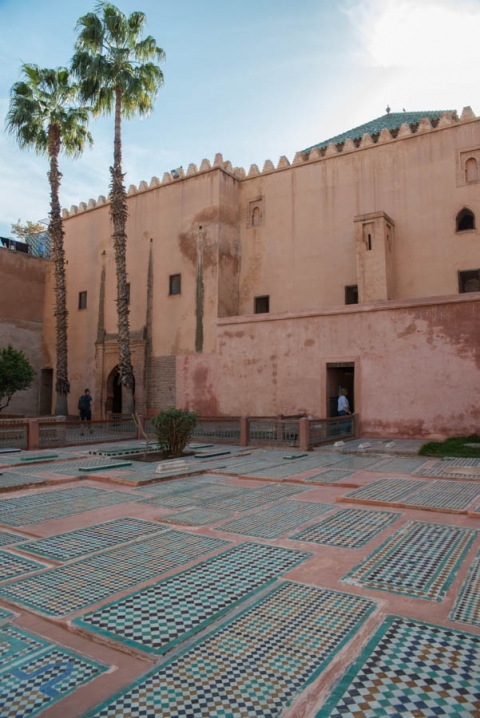 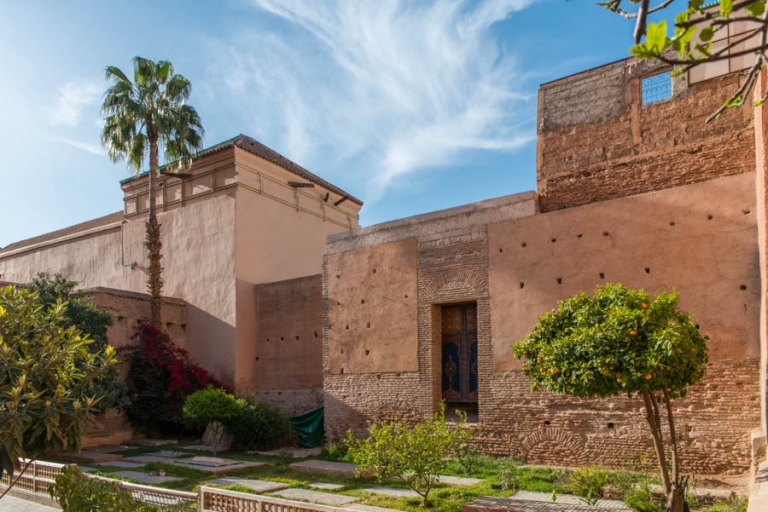 Check Out These Zellij Tiles

Zellij, or mosaic tiles, are individually made from chiseled, geometric tiles and used to ornament walls, ceilings and even tables.  The art of Zellij flourished between 711-1492 when the Merinid dynasty introduced blue, green and yellow into the tiles. Red was added much later in the 17th century.

Usually zellij tiles depict luxury and sophistication so are used to decorate the homes of the wealthy. 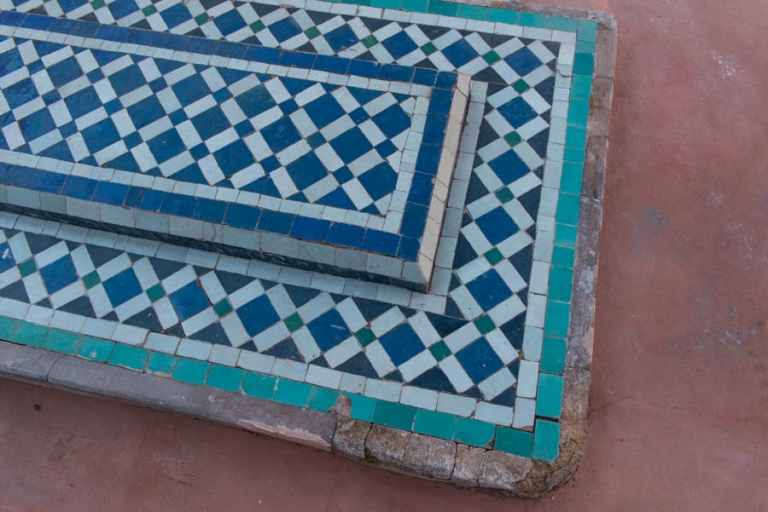 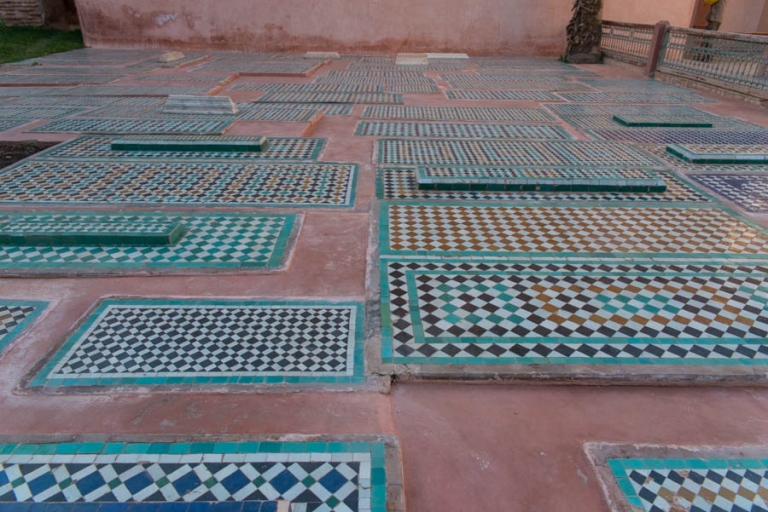 We Found A Tortoise

If you’re lucky you might be able to see the resident tortoise! 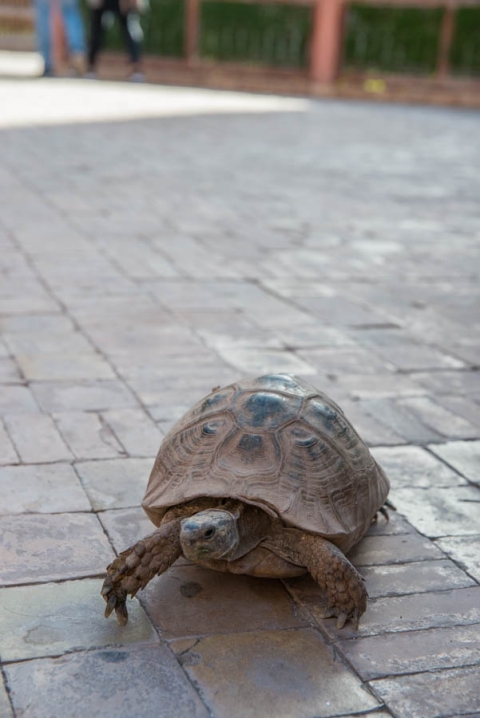 Where Could You Stay In Marrakech?

Marrakesh is one of those places that is terribly hit and miss. Wherever you pick, make sure you check the review thoroughly. We pretty much only use booking now as we love their flexible cancellation policy and the honesty of their reviews.


Looking For Ideas On Things To Do With Kids In Morocco?

Spread the love
3
Shares
3
Shares
Posted in Morocco
« A family Hammam in Marrakech: How To Book Yours
El Badi Palace, The Ruins. Marrakech »