Survive travelling China with these 3 apps

China is a notoriously difficult country for travellers. What with the cultural barrier and the language barrier it is made even more difficult without access to many of favourite apps which don’t work there. Here’s three apps to survive travelling China.

How to survive travelling China

Recently Rich has been working in China A LOT. About two weeks a month which is enough for him to start learning a few words and getting a general feel for the multitude of places he visits at the bequest of his Chinese colleague.

It’s somewhere the kids and I cannot wait to visit but for now we have to make do with his photos and stories of funny signs. He frequently sends us photos of bizarre things he’s seen and funny translations but mostly he sends us photos of food and we are insanely envious.

So here’s Richard’s three tips on apps to use to survive travelling China.

WeChat is the equivalent of WhatsApp but as WhatsApp is banned out there (unless you can find a VPN that actually works) you’ll need to use WeChat to communicate with just about everybody.

Many government officials from different countries are not allowed WeChat on their phones for this reason however if you want to communicate with people/tour groups/AirBNB owners in China, you’ll need it.

You can disable it if you don’t need it but just be aware it is spying on you.

WeChat Pay is used EVERYWHERE and in order to pay for pretty much anything and everything you’ll need to use it because in many establishments, foreign cards are not accepted.

Here’s some examples of what you can use it for

How to set up WeChat Pay? This page has a simple guide on how to set it all up and use it.

If you want to get around in China, Uber will be pretty useless but DiDi is the rideshare platform that will get you there.

Already used by 450 million people around the globe, DiDi has many different services available for consumers to take ranging from economy to luxury options and the beauty is you can pre-book rides.

In order to use DiDi you will need WeChat Pay and here’s a handy little guide on how to make it all work in English. 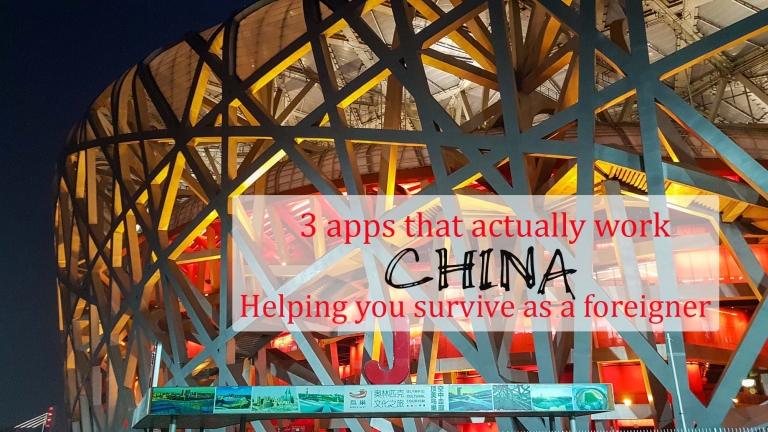 How can we inspire you?

Where else could you visit?

Spread the love
Posted in China, SE Asia
« Online Banks For Nomads & Why You Can Never Have Too Many
Hiking Rincon De La Vieja With Kids »