Lunch in Alghero & a stroll on the rampart walls. Sardinia

Alghero is a roman city on the northwest coast of Sardinia which is encircled by ancient walls and known for its cobble-stoned center and lively marina. After a busy morning climbing 600 steps into Neptune’s cave, we stopped off for a quick bite to eat and a stroll around the walls.

Driving south from Fertilia we came across the remains of ‘Ponte Romano‘, the roman bridge. We drove down what looked like a pedestrian road and leaving the kids in the car, I decided to go and explore. I’m still not sure if it was a pedestrian road but as we had to mount the curb, I’m guessing it probably was!

The area isn’t the nicest and there’s quite a bit of rubbish strewn around but the bridge is nice enough and it’s pretty cool to think we’re standing on rocks placed as far back as 240BC! 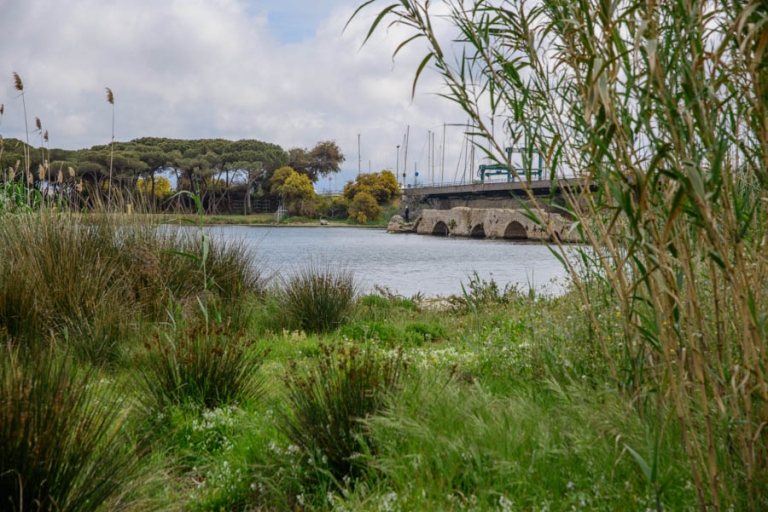 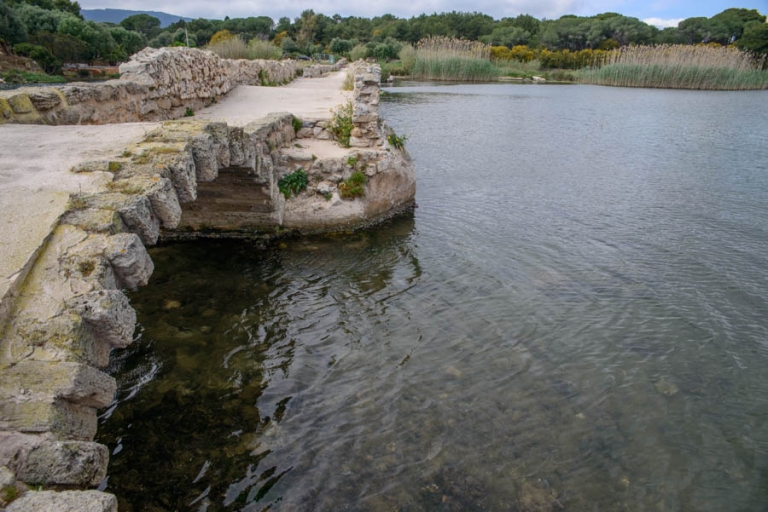 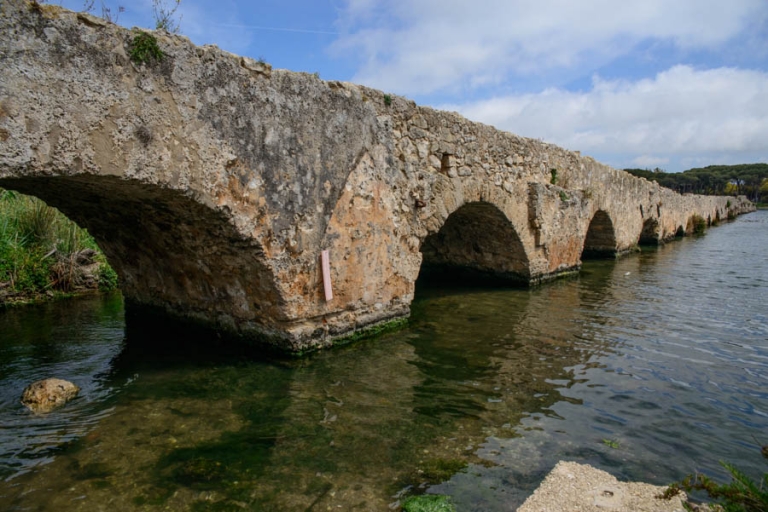 7km south of Fertilia is Alghero. Dubbed Sardinia’s most beautiful medieval city it is busy and vibrant with tourists. Apparently its population quadruples in July and August but thankfully in March, it is a bit quieter.

The town has retained many original and unique features however tourism is prevalent and the menus in English and the prices reflect this. Much of the food is solely based upon the sea, but there a few restaurants opposite the marina that sell veg friendly dishes. 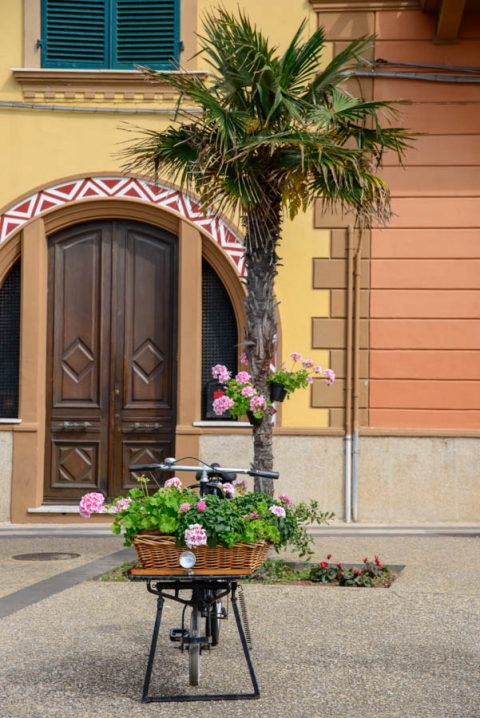 The marina is busy, mostly clean and we saw fish swimming in the waters. It’s certainly a reflection of Sardinia’s new and modern money. 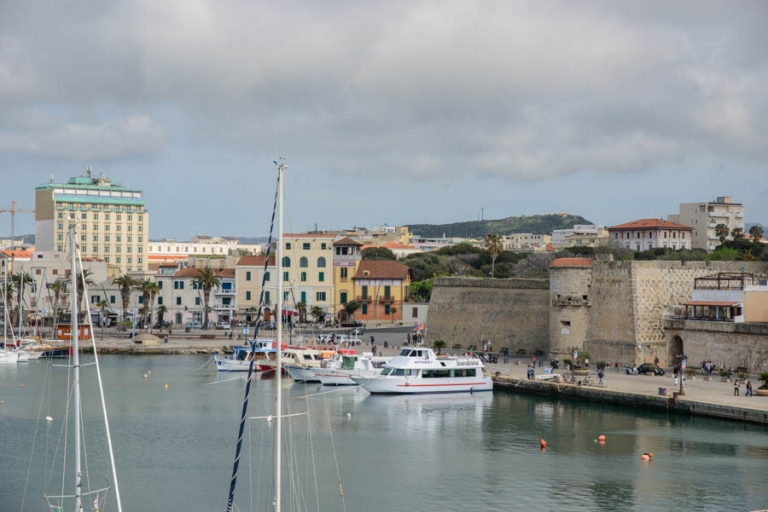 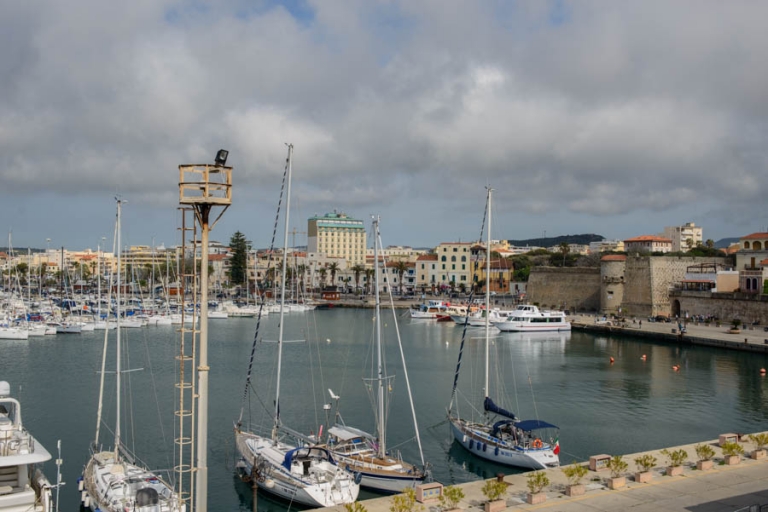 Enclosed by the sea walls are a tightly knit enclave of shady cobbled lanes, Gothic palazzi and cafe-lined piazzas (although many of these are seasonal). There are historical artifact all along the upper walls which the kids climbed and learnt from.  I encouraged them to climb into the catapult and give it a go but sadly they declined! 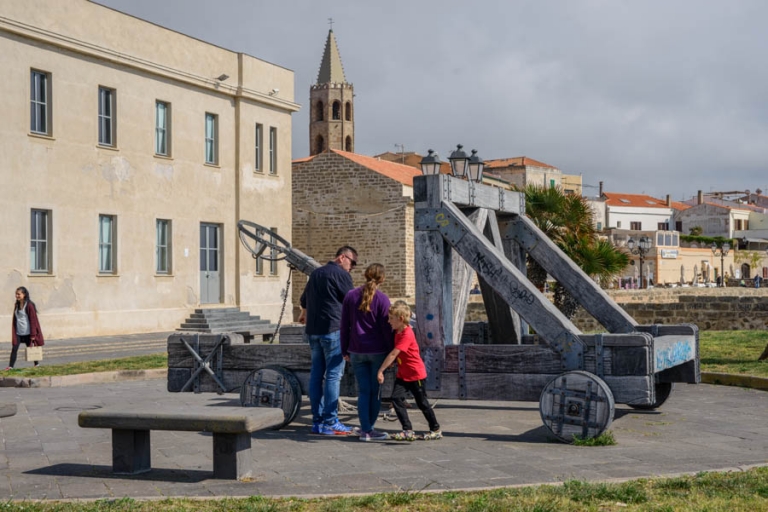 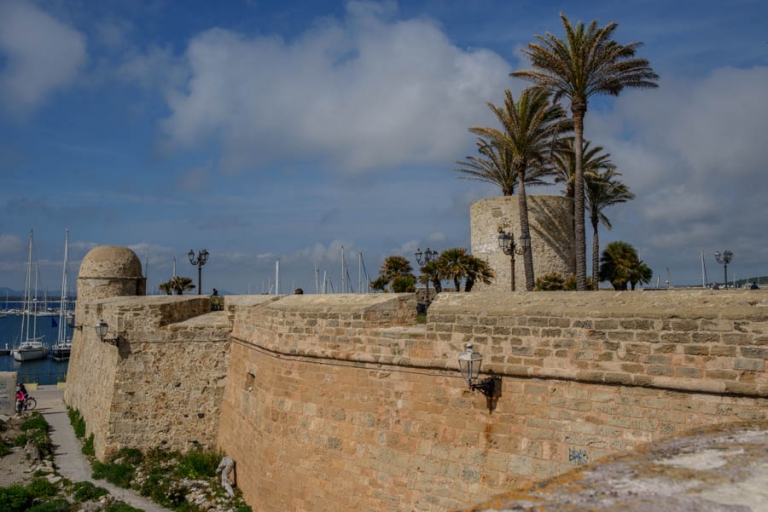 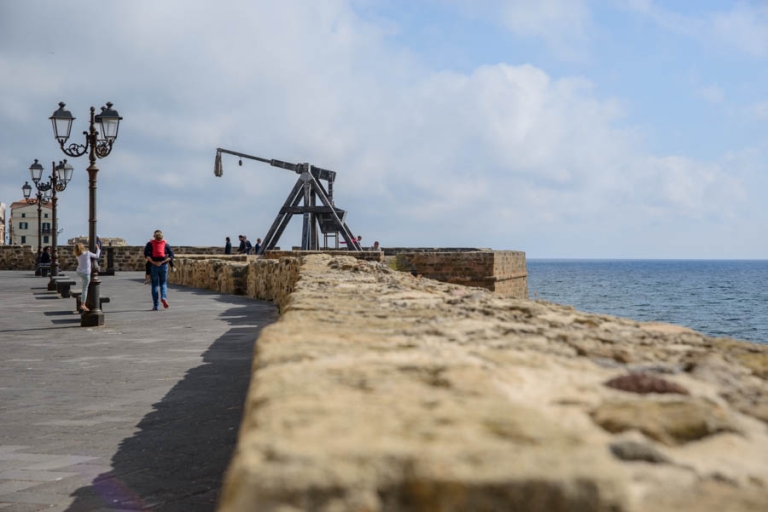 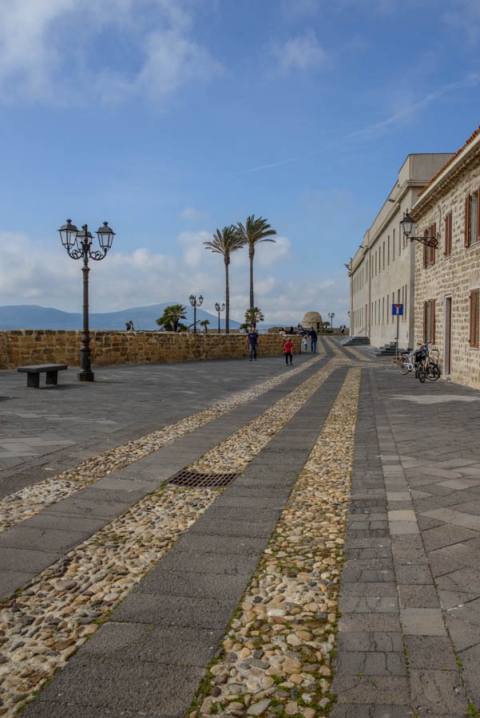 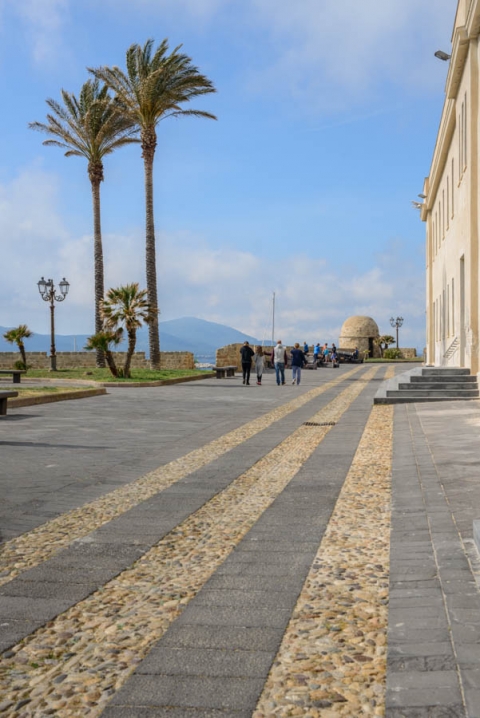 There are a few cannon guns remaining, reminding us of Sardinia’s brutal history. Great for photo posing and climbing on. 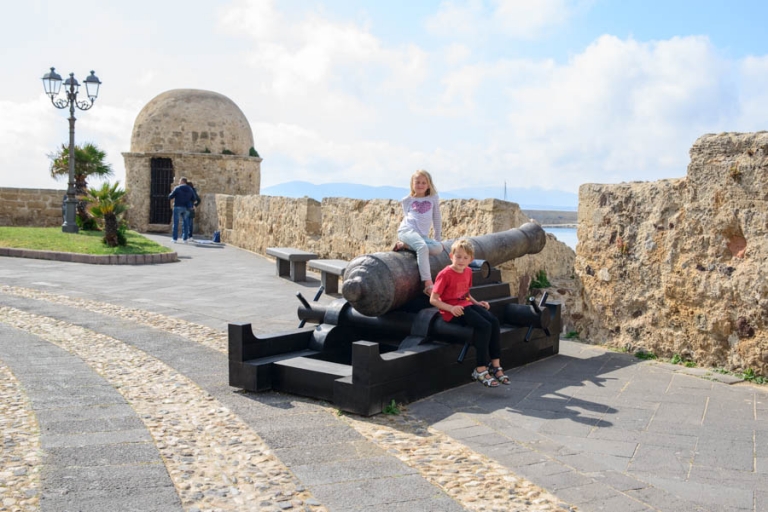 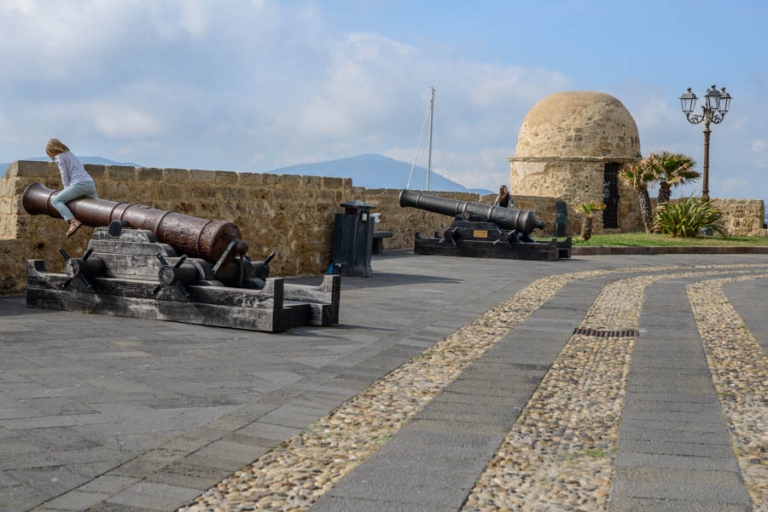 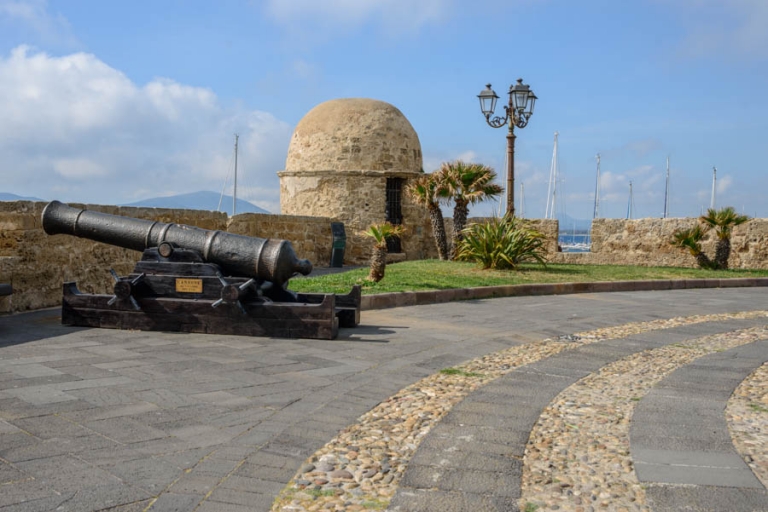 Strolling around the walls

Strolling around the upper walls is a pleasant way to spend an hour or so, basking in the sunshine and letting our food digest before driving back.

Below the walls is a reminder of new money with large yachts crowding the marina. 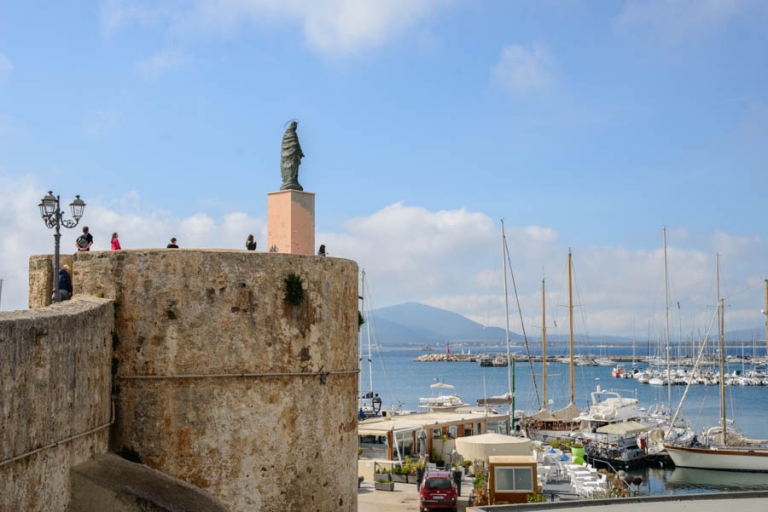 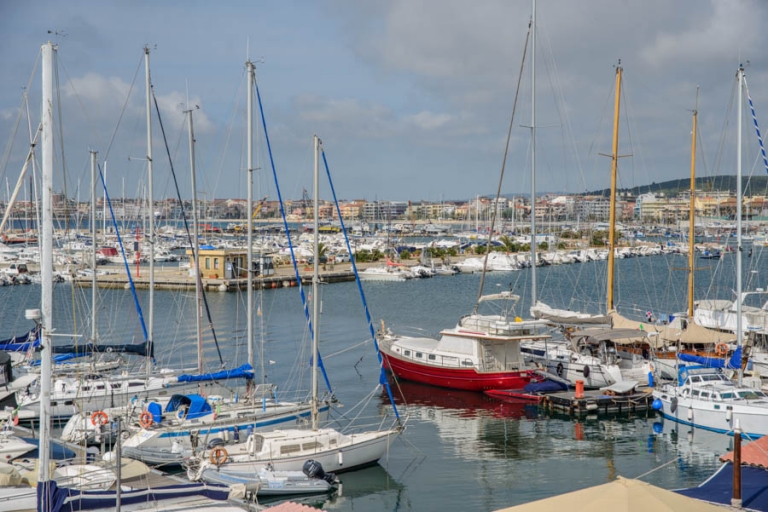 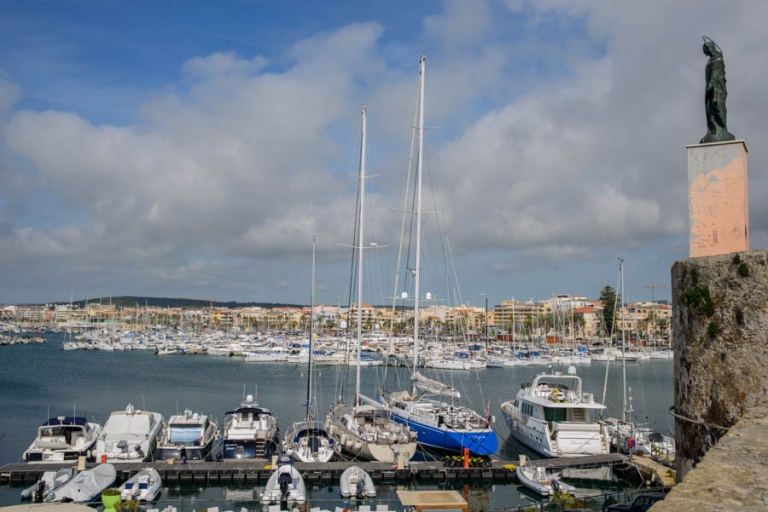 Some of the views

The views from the heights of the walls are great and although I didn’t photograph many of the back alleys and cobbled side streets, there are loads to keep busy with. 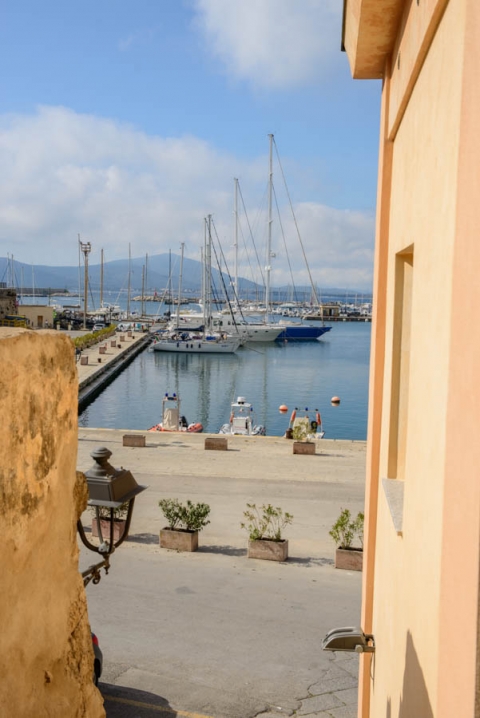 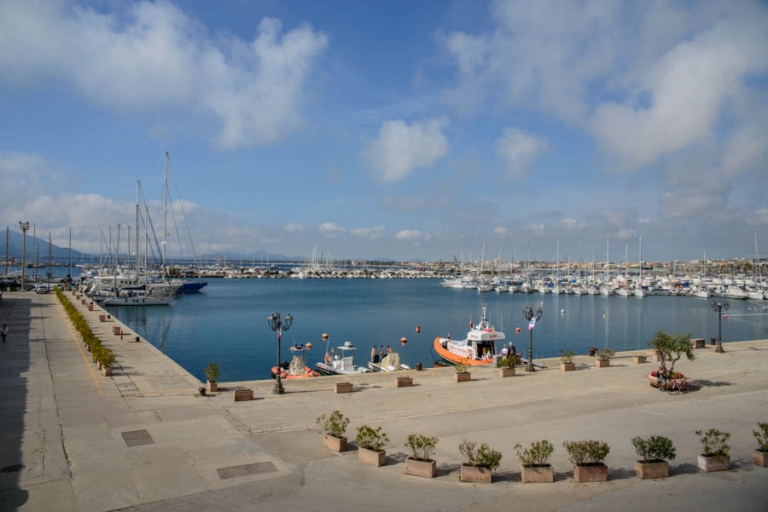 We drove south towards Bosa, where we were staying, and spotted this view from the road. Sardinia is exquisite and benefits from beautiful rocky coves and inlets and spectacular views. 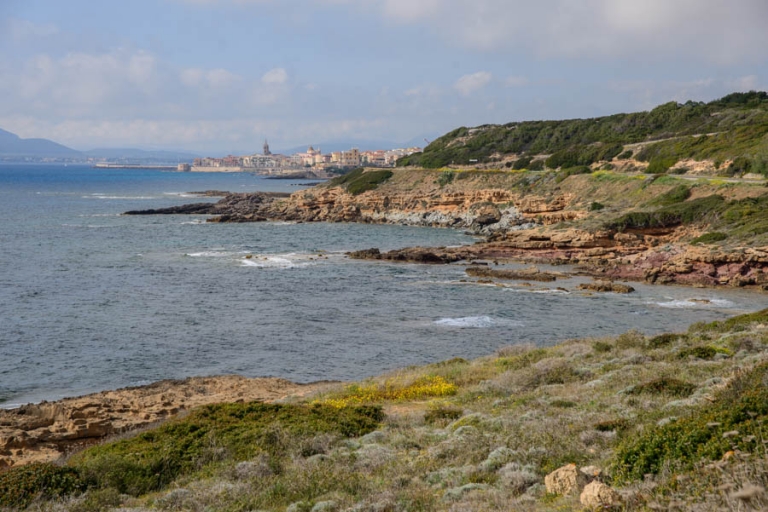 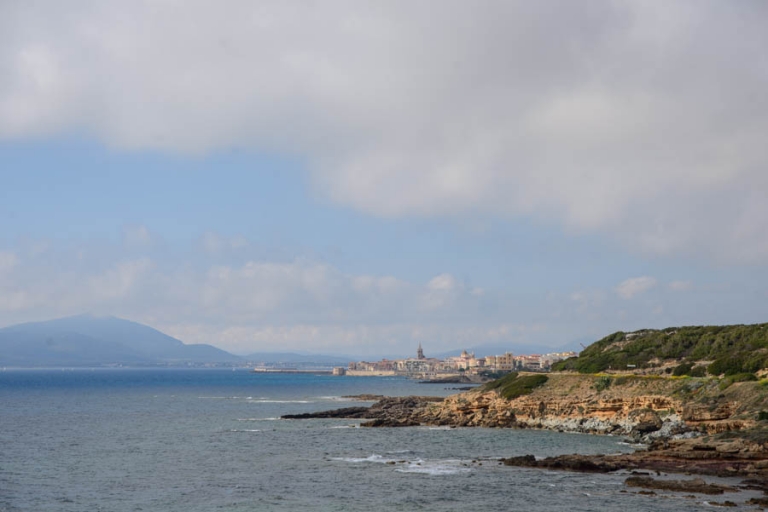 Want to know more about Sardinia? Head here to read more of our posts.

Spread the love
2
Shares
2
Shares
Posted in Italy
« Fancy A Little Treat in Corfu? Stay at Villa Livadi
What Wiki can’t tell you about Flussio, Sardinia »