Brasov: How to see it from the sky

Brasov is often referred to as “the city at the foot of Mount Tampa”.  The town’s original defense fortress was built on this mount but, when Vlad Tepes (the Impaler) attacked Brasov in 1459-1460, the citadel was dismantled, and forty merchants were impaled on the top of Mount Tampa. 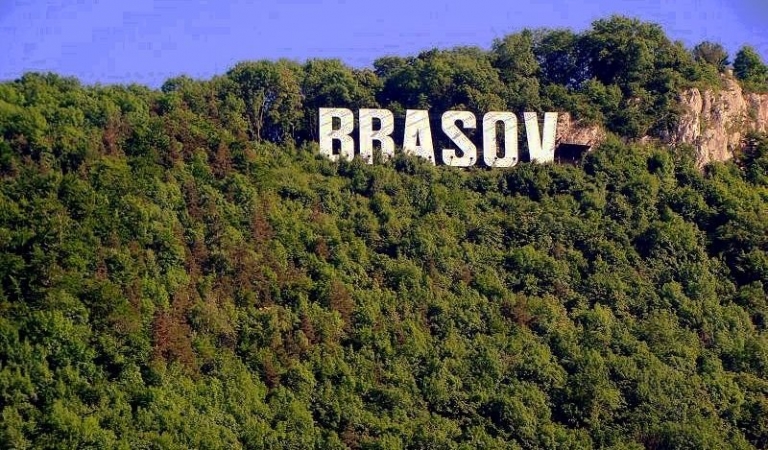 In the 1950’s, when Brasov was named Orasul Stalin (Stalin City), trees were chopped down so that the name of the great dictator appeared on the hillside facing the old town.

Nature has recovered from the shock, and the hillside is now a nature reserve, hosting protected species of plants like the motley tulip and large yellow lady’s-slipper – best seen in spring as well as the newly erected BRASOV sign. 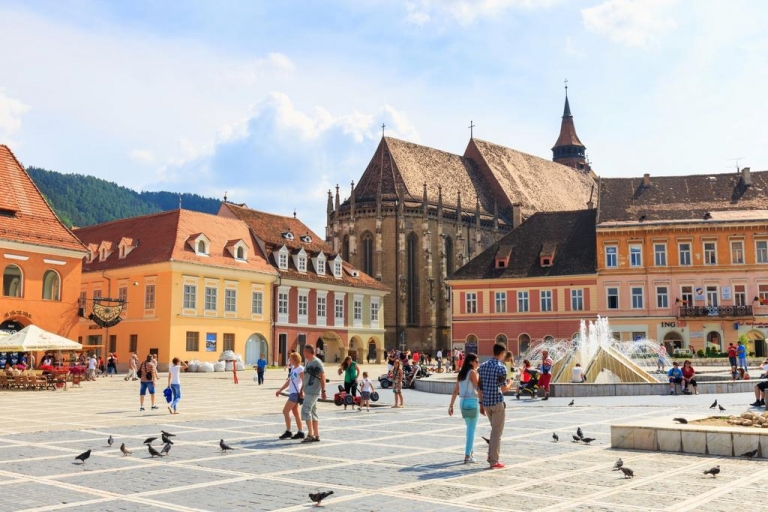 Brasov, like many ancient cities, is best appreciated from above, but unless you’re about to sprout wings or have your own light aircraft that might be a bit challenging.

Instead you’re going to have to walk up to the Brasov sign to be able to see the tight-knit, laid out town at its best.  Although don’t worry because you can catch the funicular back down and it isn’t exactly a hike either. More like a short walk which between spring and autumn is delightful. 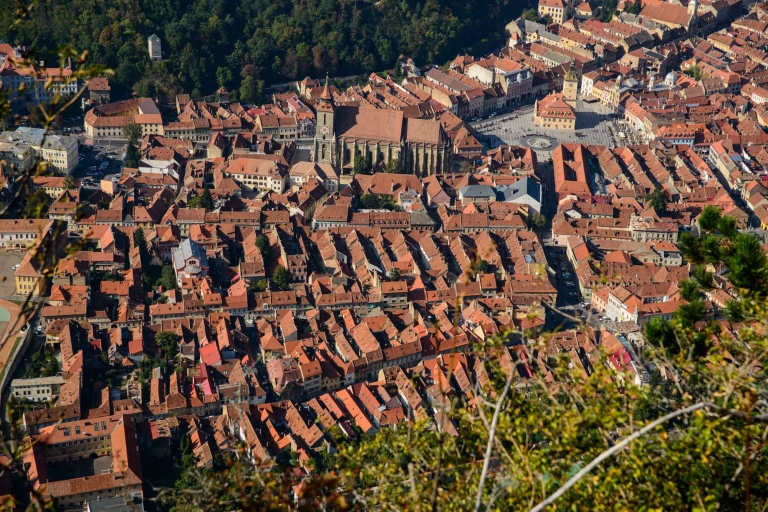 I thought Tampa was just a big hill but apparently it is actually a mountain! Part of the Postăvarul Massif it is almost entirely surrounded by the city of Braşov.  Its elevation is only 960m (now you can see why I thought it was a hill), approximately 400m above the city.

It is actually in the middle of Brasov, making a clear division between the old medieval part of the city and the new one, made up of concrete blocks of flats.

Tampa is a habitat for quite a lot of animals. Sadly we didn’t see a brown bear, linx or boar (as signposted) but we did see plenty of butterflies and birds.

Walking to the top takes about an hour and you have several alternative trails with different difficulty levels to choose from. 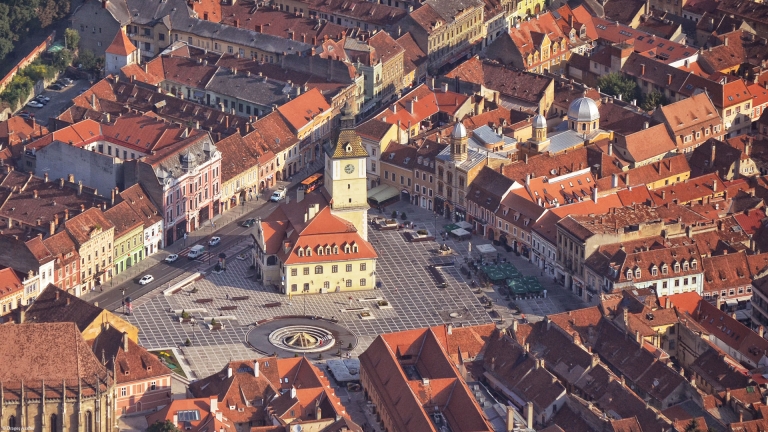 Where to start and park

Parking in Brasov is severely limited but there is free parking at the bottom of Tampa if you can find it. See the map below for free parking location.

We started on the paths opposite the Bastionul Țesătorilor which is a 15th century preserved fortress bastion, now housing a medieval museum.

The paths are easy to follow, although steep in several places and there are either arrows or signposts to guide you. Most are shaded as you walk up through the woods and it’s only when you reach the summit that you’ll see the sky and hopefully the sun.

The walk is perfect for kids and adults alike and we had fun trying to spot and photograph the butterflies and birds as well as identify a small number of insects we spotted in the undergrowth. 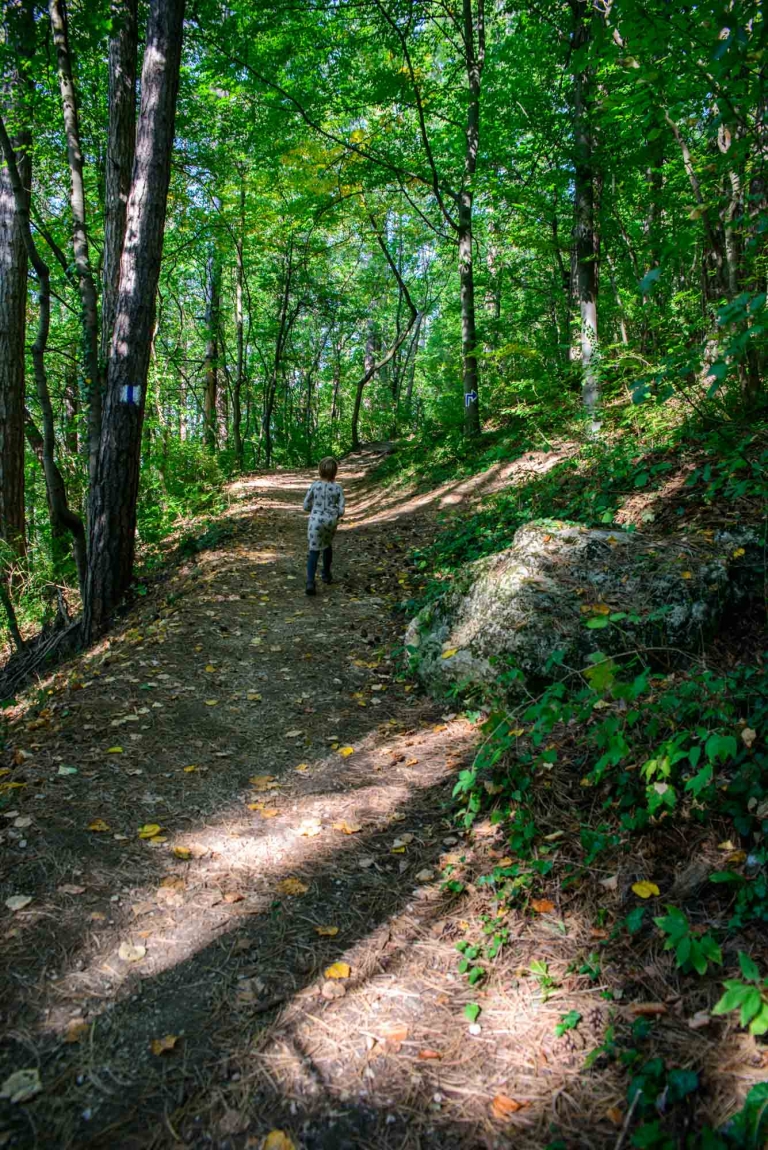 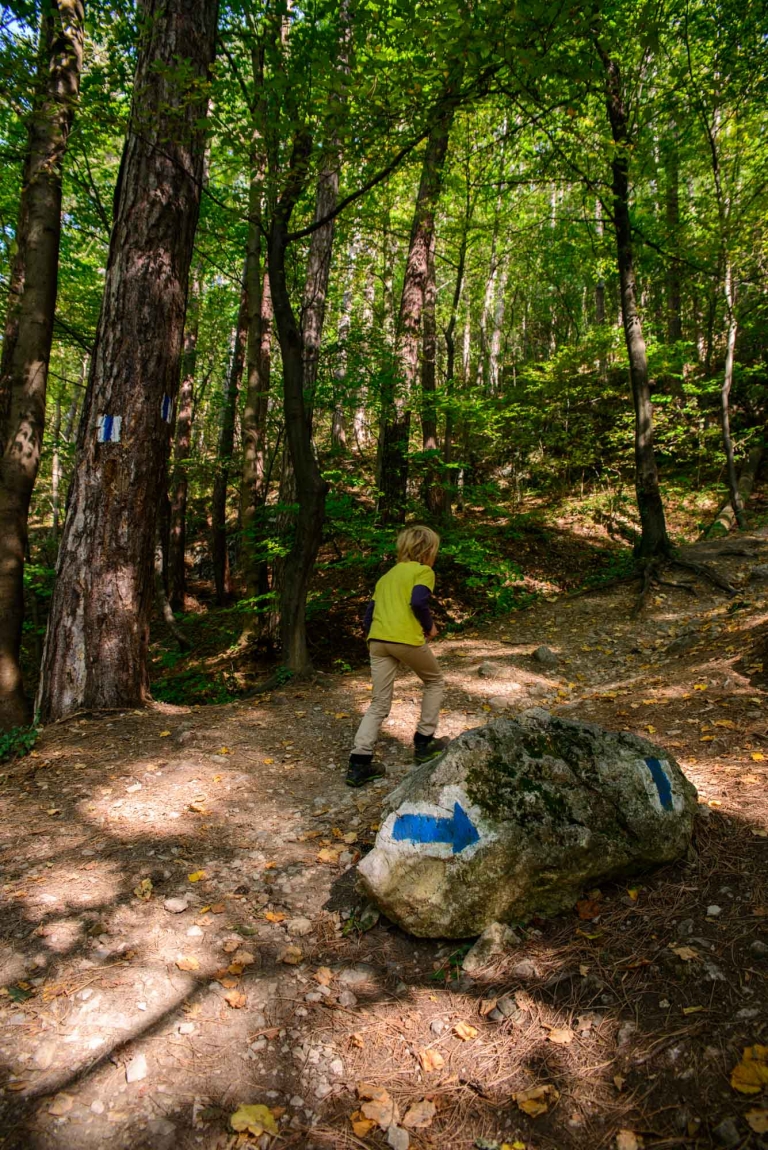 The mountain isn’t really very high and as you leave the trees behind, you’ll enter a flat area which is perfect for a picnic.

The day we went was beautifully sunny and it would have been perfect for a spot of food whilst admiring the thickly treed mountains that surround much of the area. The tree coverage is dense and green! 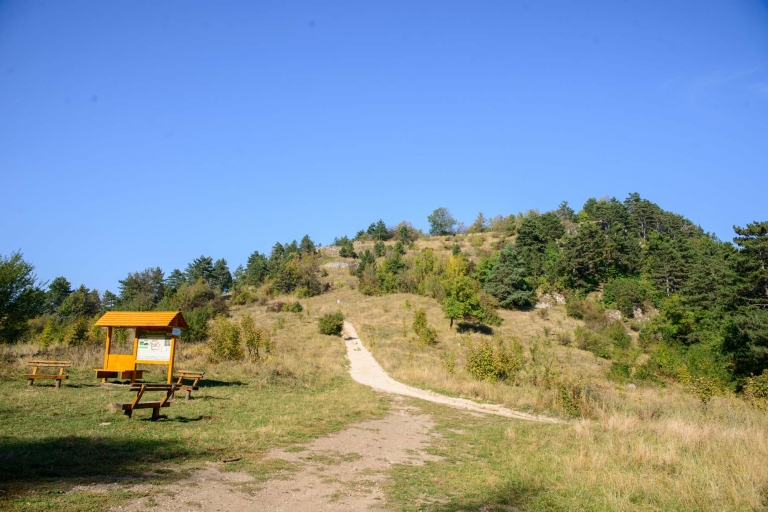 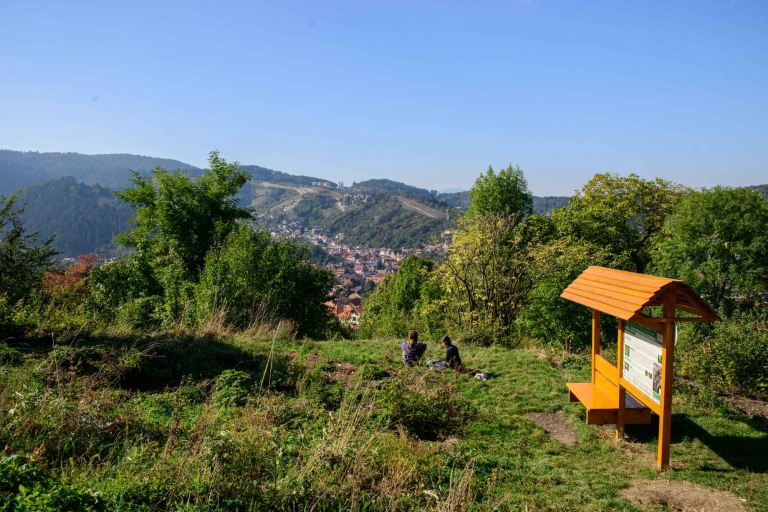 A great place for a picnic

Walk a little higher and you’ll reach the Belvedere Look Out; a series of small wooden platforms that jut out over the side of the mountain for a clearer view.

These were surprisingly busy when we went and we didn’t actually get a spot on it but we could still see the view of Brasov below. 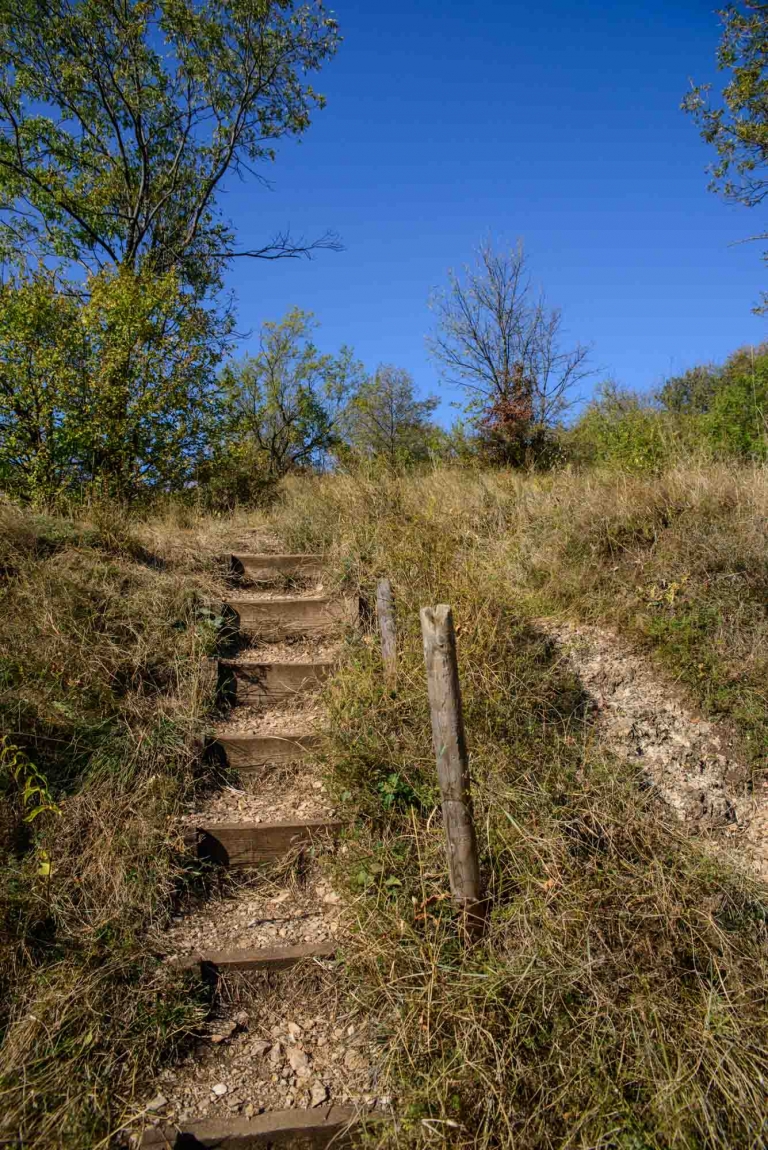 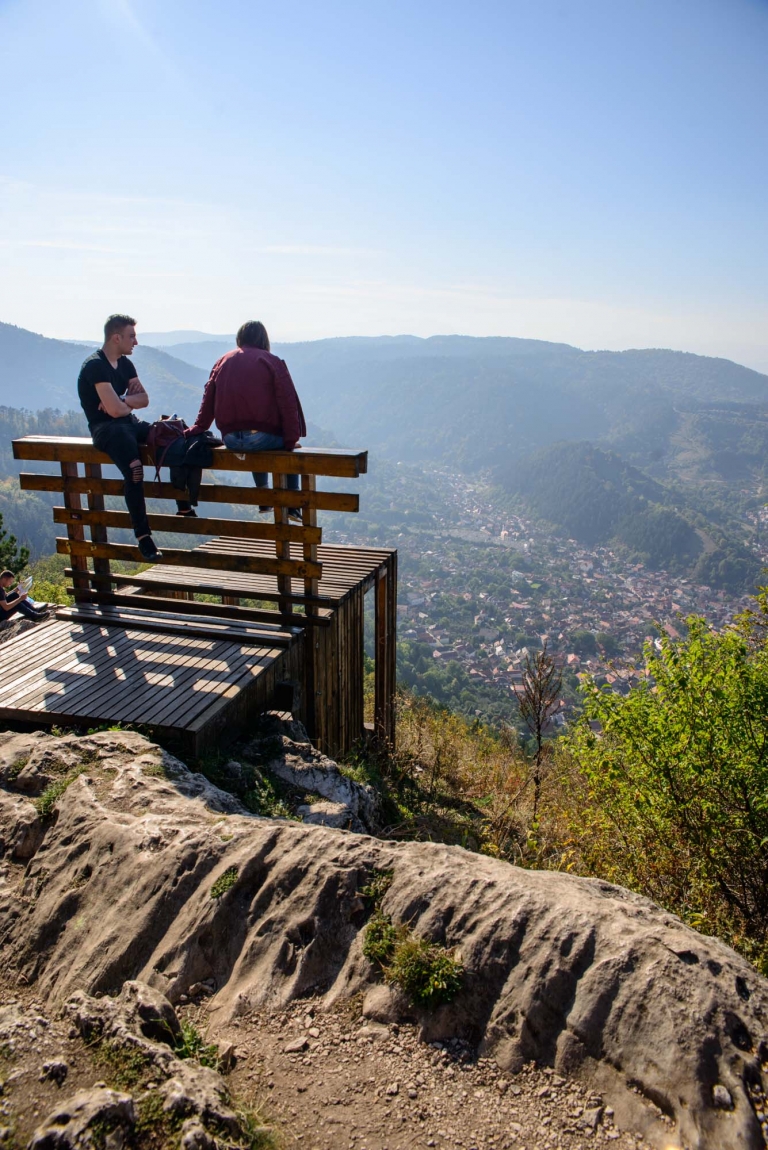 The look out point 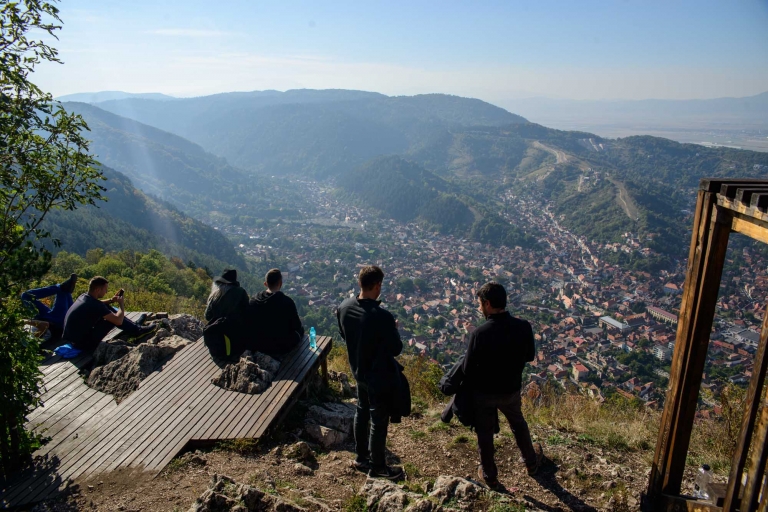 The view of Brasov from Belvedere

From this part of the mountain-hill you should be able to identify the different areas of Brasov: the German part of the town has hundreds of red roofs crammed between straight streets surrounding Piata Sfatului, whilst the Romanian Schei district to the south is a spaghetti of small streets, jumbled houses and cemeteries.

On the flat plain are the later additions to Brasov: the 18th and 19th century expansions and of course the flats and huge factories from the last fifty years. 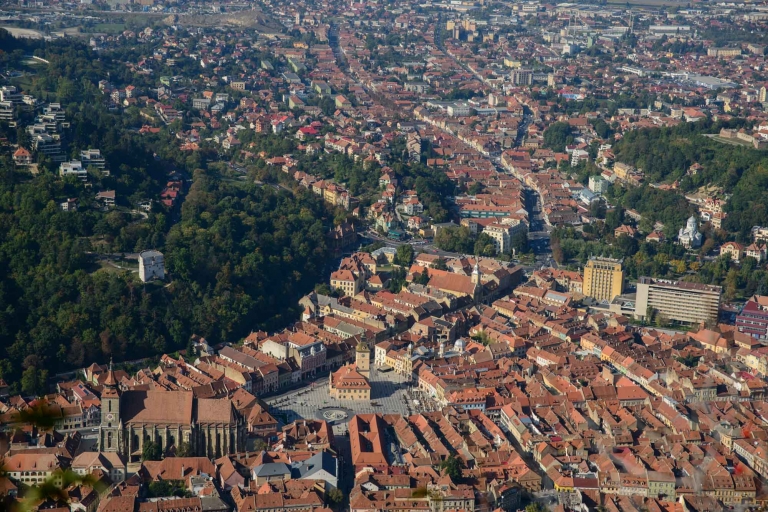 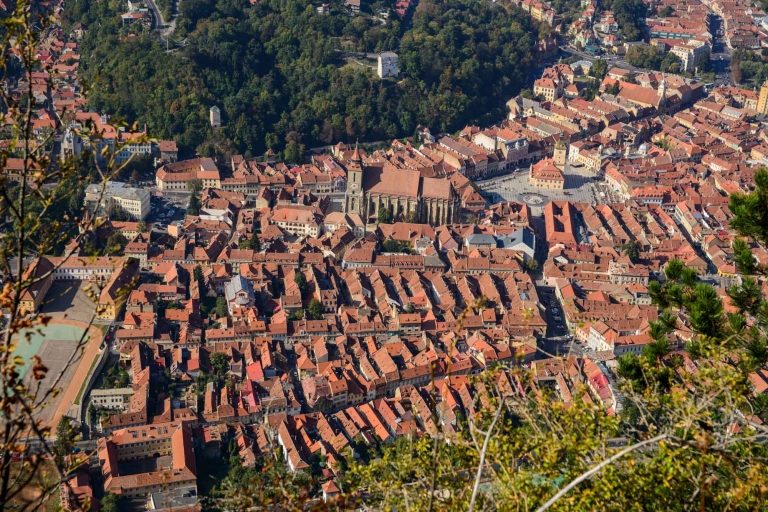 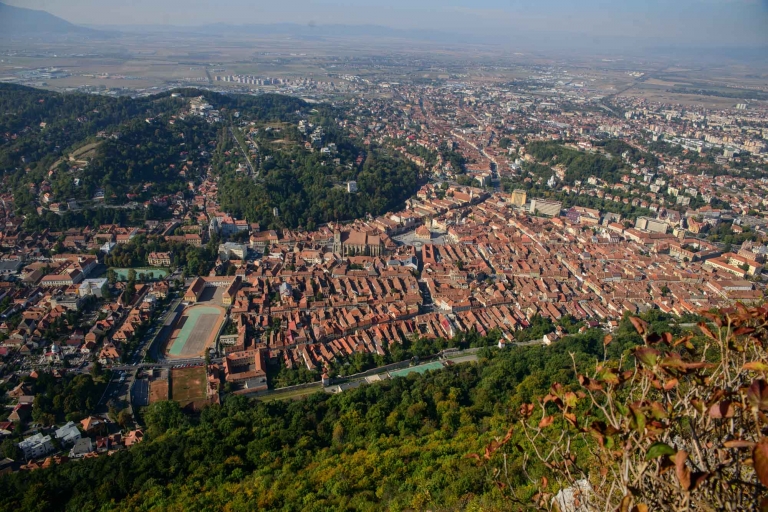 The city from above

The Brașov sign is easily spotted from all over the old town. From the cable car it is just a five minute stroll to find the giant letters.

The Hollywood-esque sign makes a kitsch landmark that feels like an appropriate homage to the repeated use of the region as a film set.

Excluding the multitude of vampire movies that are associated with Transylvania, the area has been home to number of big budget American film shoots. The 2003 blockbuster Cold Mountain was filmed in the surrounding fields of the Carpathian Mountains. 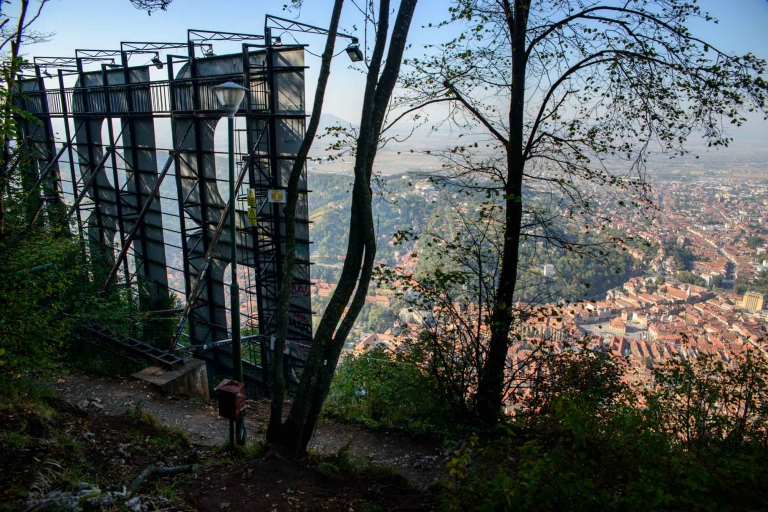 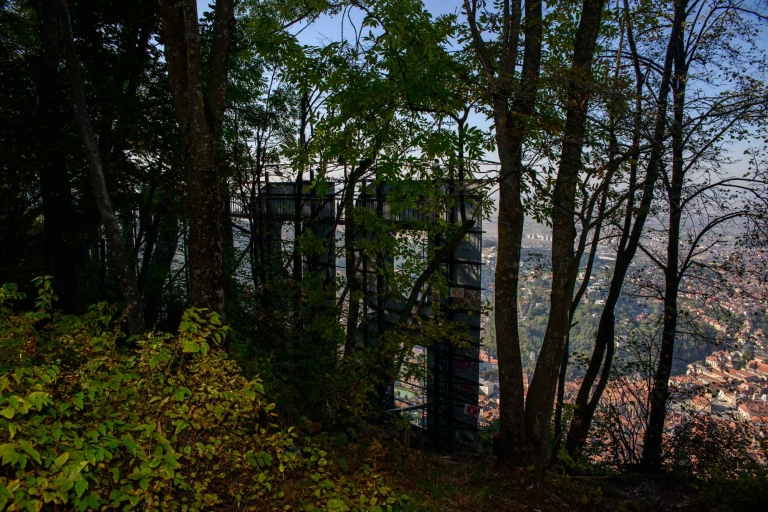 From the town: To get to the cable car, walk through the old section of the city. Leave Piata Sfatului on Strada Apollonia Hirscher. Stroll to the end of the road, taking a left on Strada Castelului. The next right is Strada Romer. Follow this until it ends and climb the steps to the cable car. 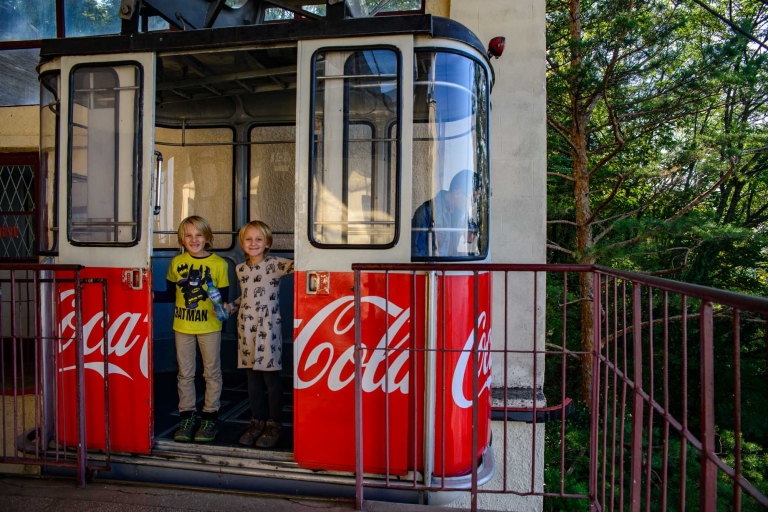 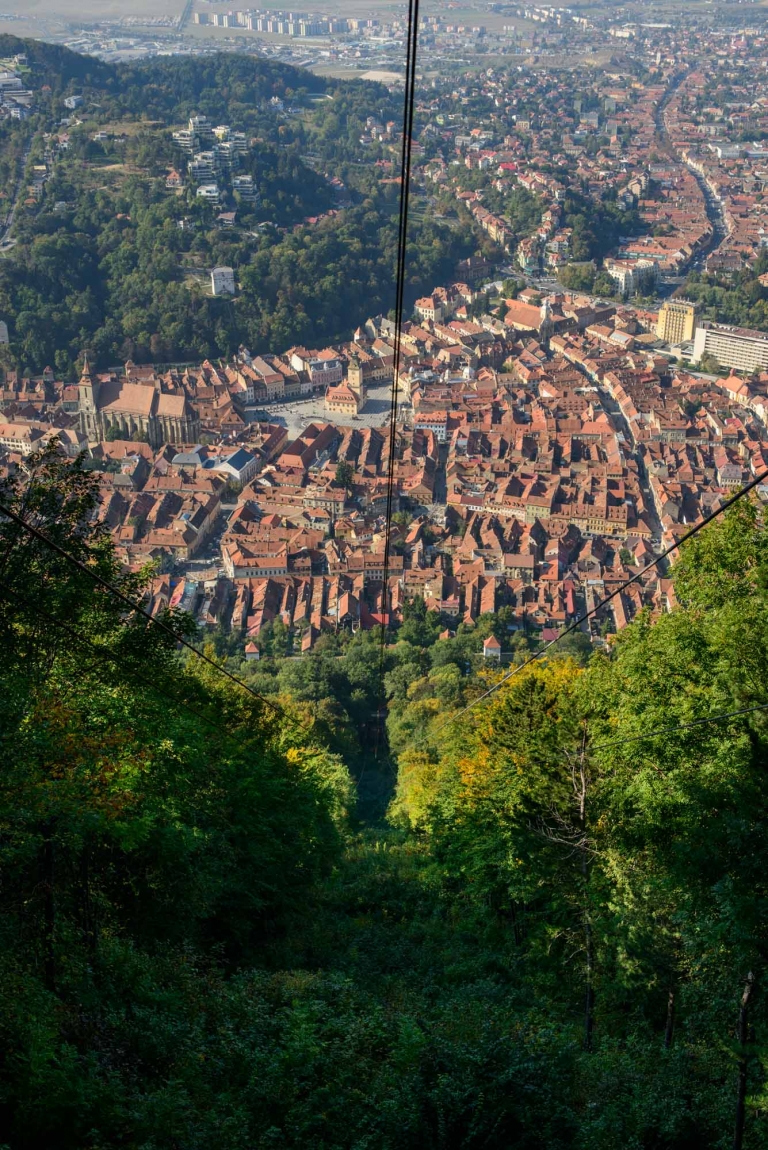 The view from the cable car

A very short video from the cable car coming down the mountain.

You can Pin this

Two clicks and you can add this to your Pinterest board 🙂

What else can you do in Romania?

Spread the love
2
Shares
2
Shares
Posted in Romania
« Rievaulx Terrace vs Rievaulx Abbey – with kids!
Get your geek on with CSI Las Vegas »