My Five Favourite Things to do in Bukit Lawang With Kids

We just spent five days in Bukit Lawang which is dubbed the gateway to the Sumatran jungle.  If you’re visiting Bukit Lawang with kids, here are our five most favourite things to do.

Bukit Lawang; our favourite things to do with kids

Of course, there are more than five things to do there but this is what we really enjoyed doing.

Junia’s offers a huge range of vegan food and it’s all cooked fresh. It is delicious and the wait staff are so warm and welcoming. We love it there and definitely recommend it to everyone who goes.

You can watch their fresh vegetables being delivered in a wheel barrow. It is nerve racking watching the young boys wheel it over the bridges. I wonder how many veggies have been lost over the side!? 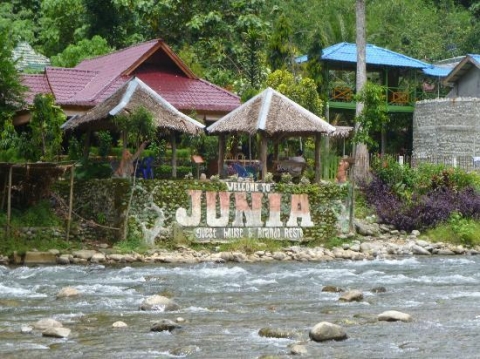 Wash your clothes in the river

This might sound ridiculous but we had an awesome time washing our clothes in the river, using the smaller rocks to scrub them clean and drying them afterwards in the sun (laid out on the rocks).

The river is so therapeutic to listen to and all the local kids jump and swim in it. They’re so fun to watch and their energy is contagious. 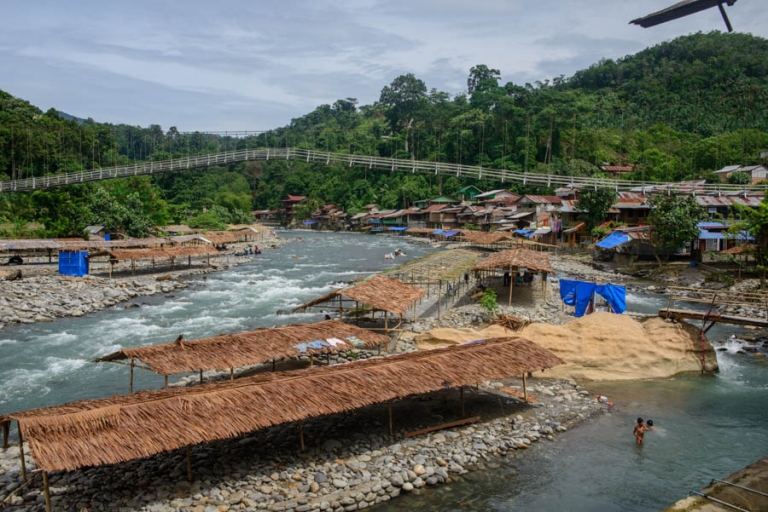 Trek and camp the jungle

You can’t go to Bukit Lawang and NOT trek the jungle. Each trek is followed by a tube raft and this is super-duper fun and not at all dangerous.  The river (even in rainy season) is not actually that deep and each raft is given two drivers – front and back. You can see the driver get off into the water at times to keep the raft afloat.

The longer the trek the more chance of seeing wild animals.  The one and two day trek will only show you semi-wild animals who have been rescued and released into the locality. I recommend the four day trek – make sure your tour guide understands you’re capable and willing otherwise they’ll chose easy routes as they think all foreigners are pathetic. 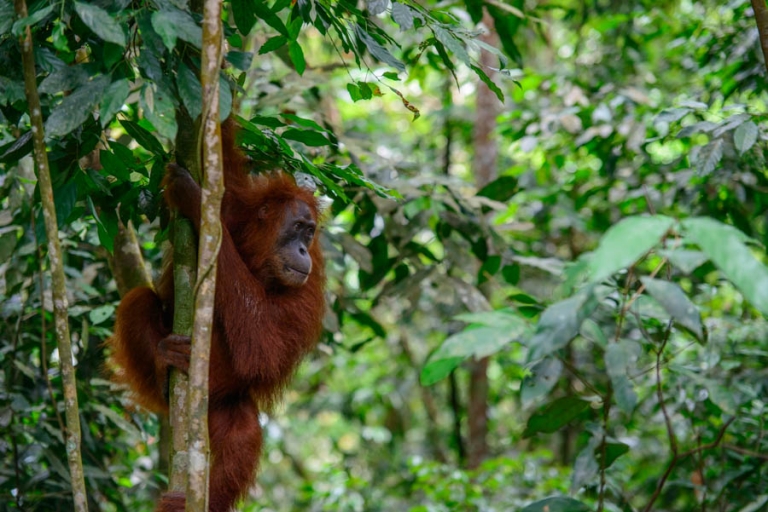 An orangutan from Bukit Lawang

See how many bridges you can actually cross

Some of these are a little scary looking and they can really wobble as you walk across them. I think we counted six bridges in total.

There is NO street lighting in Bukit Lawang so make sure to take a flashlight or full phone battery with you. You don’t want to be crossing in the pitch dark. 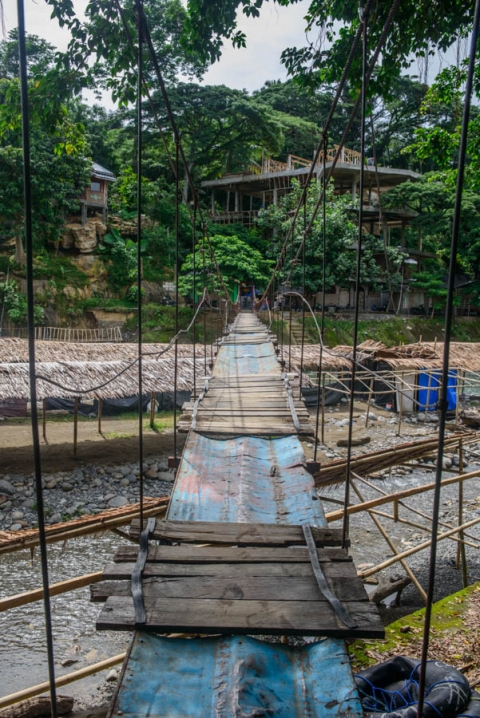 One of Bukit Lawang’s bridges

Get a touk-touk ride

Inexpensive and fun but don’t expect a helmet.  You can get touk-touks to the fruit market on a Friday or to the other side of the jungle to visit a school. 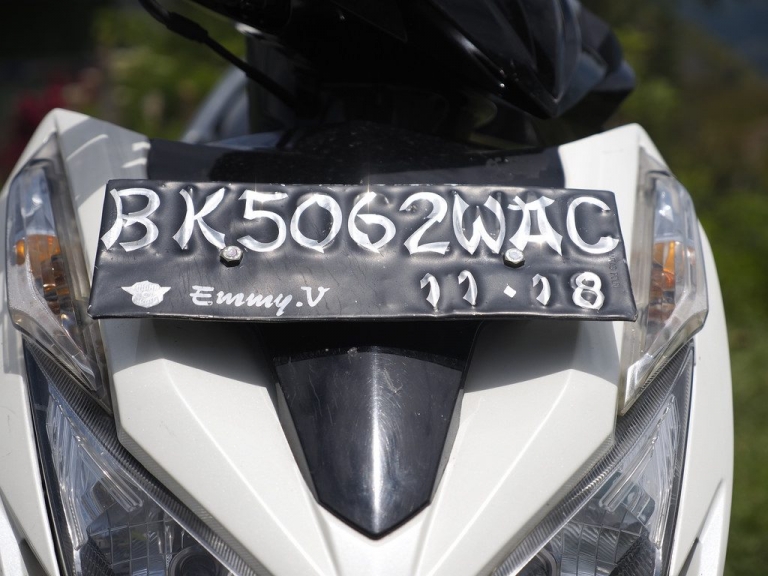 Where Could You Stay In Bukit Lawang with kids?


See How Easy it is to Pin This

What else can you do in Sumatra, Indonesia?

Spread the love
11
Shares
11
Shares
Posted in Indonesia
« Through the dark tunnel to Kamenovo Plaza Pržno, Montenegro
Can I afford to travel Montenegro? »