How To Book Flamenco Tickets In Seville

After spending an afternoon at the Museum of Flamenco in Seville we returned to our apartment and subsequently decided that we’d like to see a proper flamenco show and set about finding some tickets. Here’s the easiest way to purchase Flamenco tickets in Seville 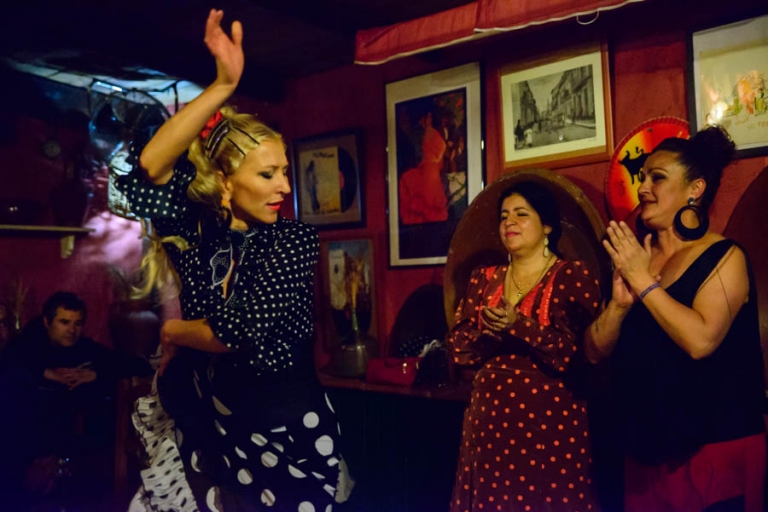 Seville is the heart of flamenco dancing and it’s easy enough to find impromptu shows around the city.

And ironically on our way back from the Museo del Baile Flamenco, we were stopped in the street and given a flyer advertising a flamenco bar dance that night close by (to the museum). It was a good forty-five minutes walk from our apartment though and we thought it was too far away, given we’d spent the day traipsing around the city, so we set about finding tickets that were in Triana where we were staying.

How to book Flamenco Tickets in Seville

The easiest way we discovered was to head over to Flamenco Tickets and choose the venue/show and book directly from the site. We chose Esencia in the heart of Triana.

Esencia @ T de Triana.  Escencia is the name of the flamenco project which is held in bar T for Triana. Tickets were €18 for adults and €12 for children aged between 4-12 and included a drink. The show started at 21:30 and lasted approximately an hour. we stayed on afterwards for tapas which were lovely.

In a homely corner of the bar, the guitarist, singer and two flamenco dancers take to the wooden stage.  They take turns to explain the history of Flamenco and the different styles – of which there are over 60 different styles. After each explanation, a short dance is performed as an example. 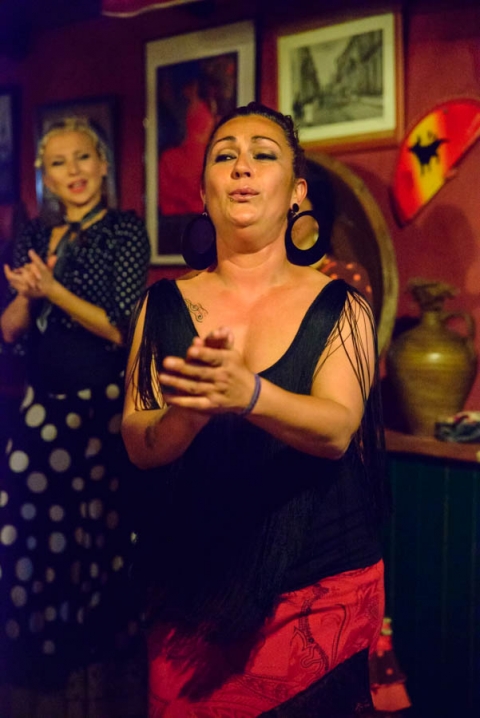 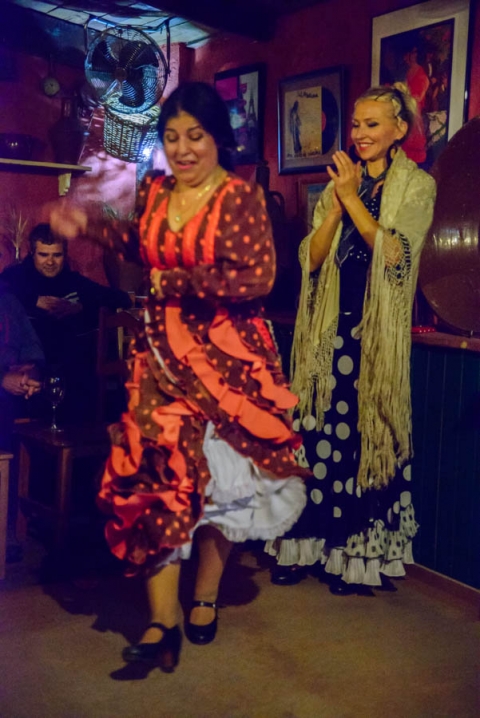 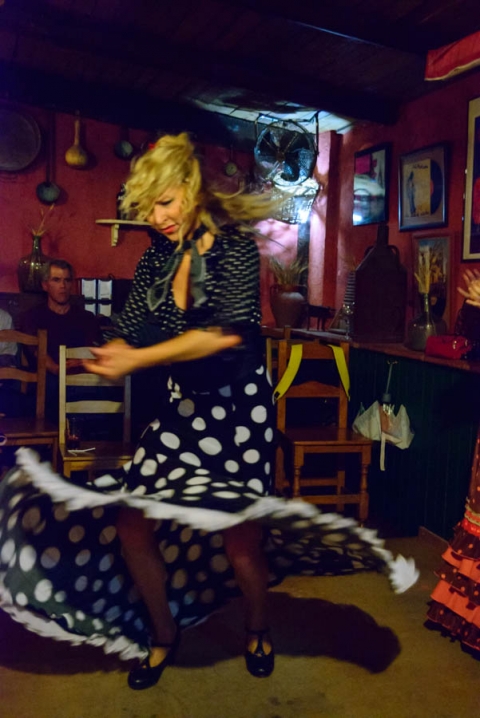 The performance was similar to a dance history lesson and there was lots of talking in between the dances. All of children said they loved it and had a really great time though so the speaking obviously didn’t deter them. The dancing was electric and the commentary was very informative. We had a really good time, topped off with fantastic tapas.

We didn’t go to bed until after midnight which the kids thought was WONDERFUL. We had a very good evening and we really recommend Esconcia as well as buying tickets through Flamenco Tickets. 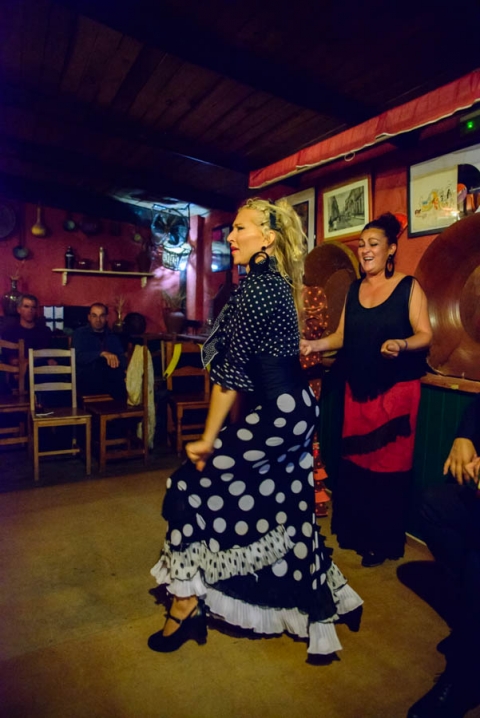 What else can you do in Seville or Spain?