We got lost but found Lu Impostu, Sardinia, Italy

Sardinia was one of those beautiful places that really surprised me.  We booked just a few weeks on the island in the middle of winter, not knowing what to expect, and ended up staying much longer than we imagined. Lu Impostu was the very last place we visited and ended up being our Sardinian ‘goodbye’. 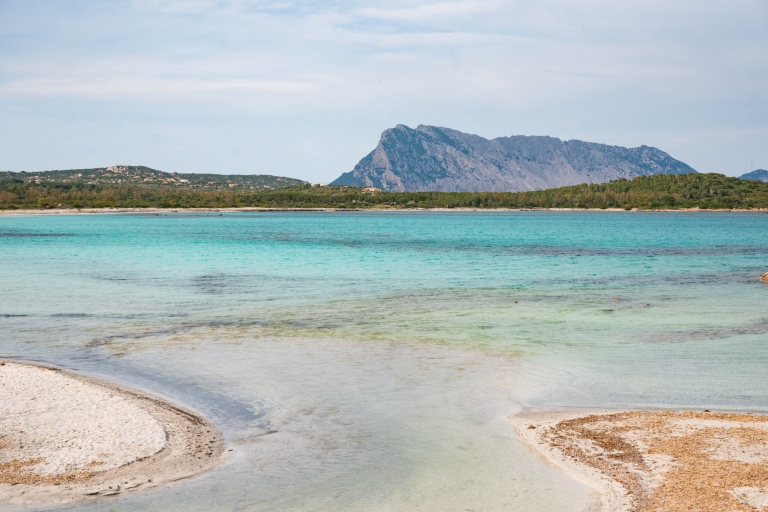 I am one of those irritating, control freak mothers who makes their families leave five hours earlier than is actually necessary but on this occasion it paid off. With a hire car packed full and three kids squeezed into the back all ready to go, we had driven through and discovered Flussio.

Not only did we have time to stop off and photograph the street art we also had time to take my poor suffering kids off-roading on dirt tracks (that our hire car really wasn’t ready for) looking for flamingos!  We didn’t find those illustrious flamingos but we did find a place called Puntaldia and the beach of Lu Impostu. 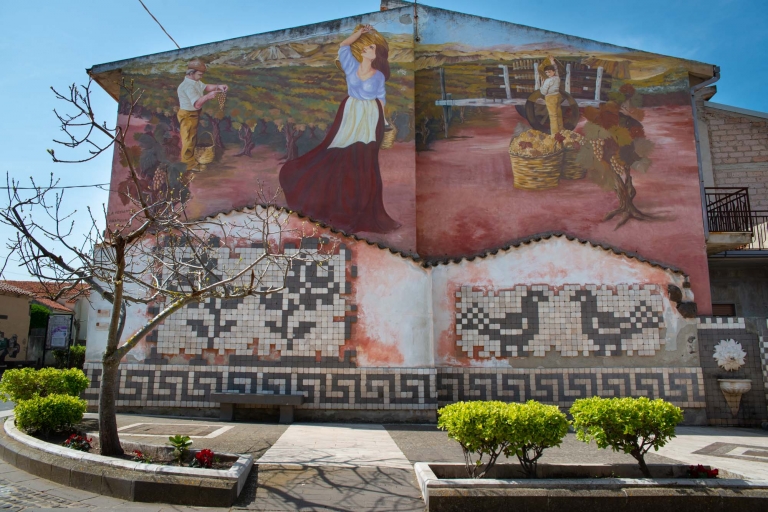 Puntaldia appears to be a hideous complex built around a mammoth golf course. I detest the pretentiousness of those housing estate golf courses as well as the environmental impact they have on depleting water reserves but according to my map there was an enormous, sandy beach close by, so we went in search. 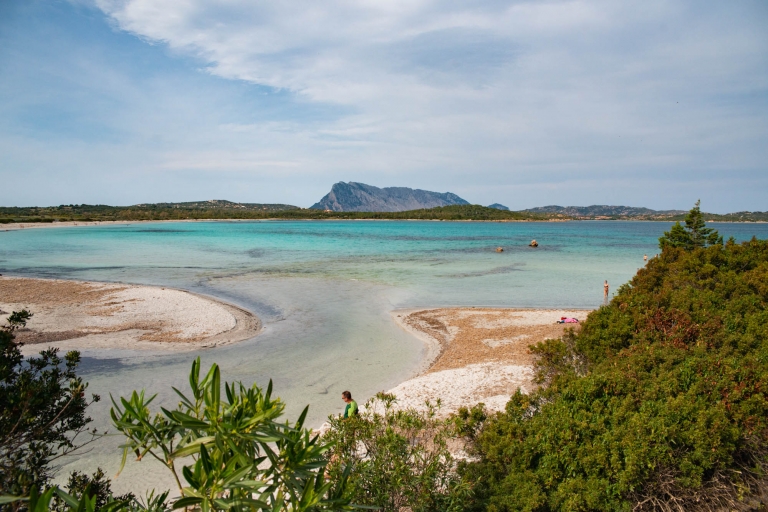 I was right, or at least the map was right, and there was a huge flat cove covered in glistening clear water and fine sand.

In the summer time I should imagine that this beach is heaving with people but in the slightly cooler times of winter & spring there was just a sprinkling of other tourists crazy enough to want to take a dip. 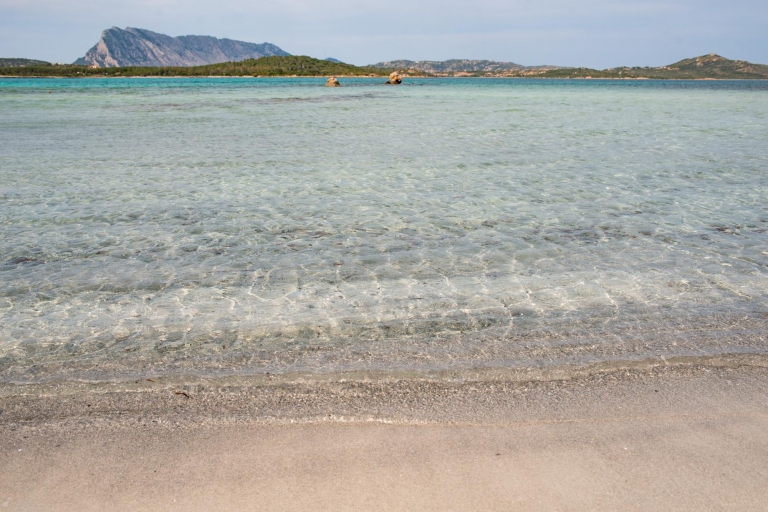 How to get there

Lu Impostu is just 30 minutes south-east of Olbia’s airport which is in the top north-eastern corner of Sardinia. We flew in to Cagliari in the south but decided to fly out of Olbia for no other reason than the cheapness of the flights.

If you want to visit you’ll need to drive. Self-driving is easy in Sardinia and the quality of the roads and signposts are excellent. Parking for the beach is in the Parcheggio Punta Est and access to the beach is through the steps directly in front.

There was no parking fee when we went in March.

As always on Sardinia, the sea is crystal clear and is fed by both the ocean tide and a big river. The waters are shallow and warm – even for winter!

We did what any self-respecting British family does and stripped the kids off to their underwear and let them get soaking wet. As we were already packed, I had no idea where their swimming stuff was so their underwear had to do. 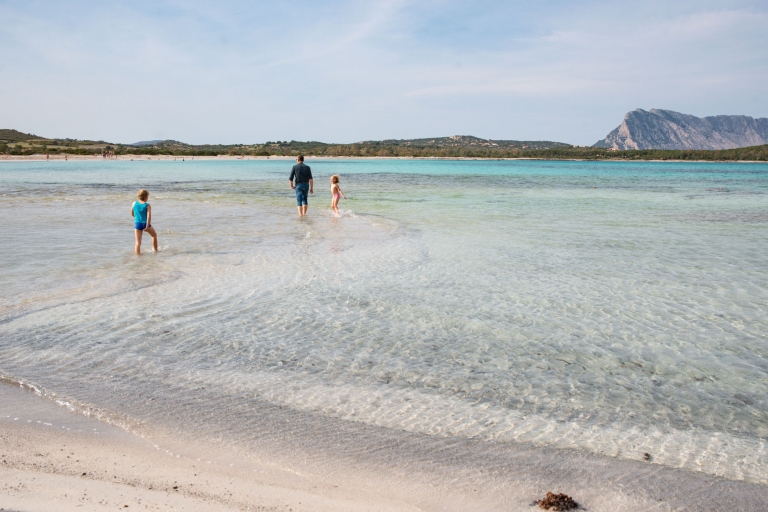 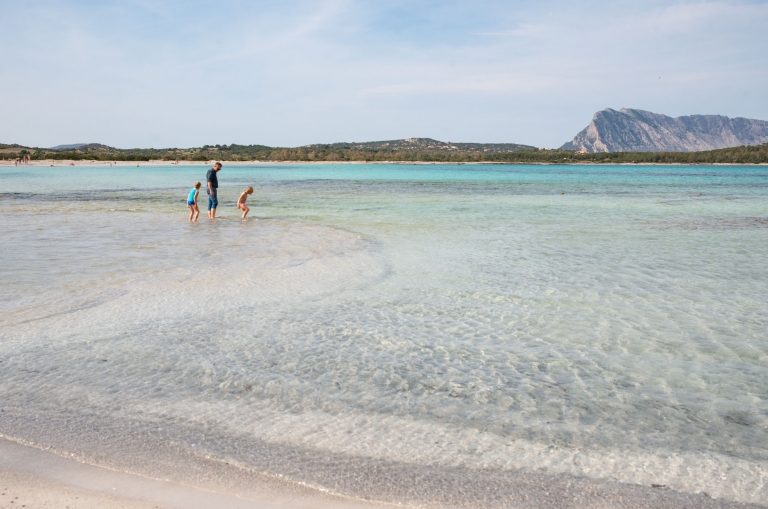 The beach is an incredible cove of 1km (which sits within another cove) with large rocks to explore at one end and a huge expanse of sand to play on. 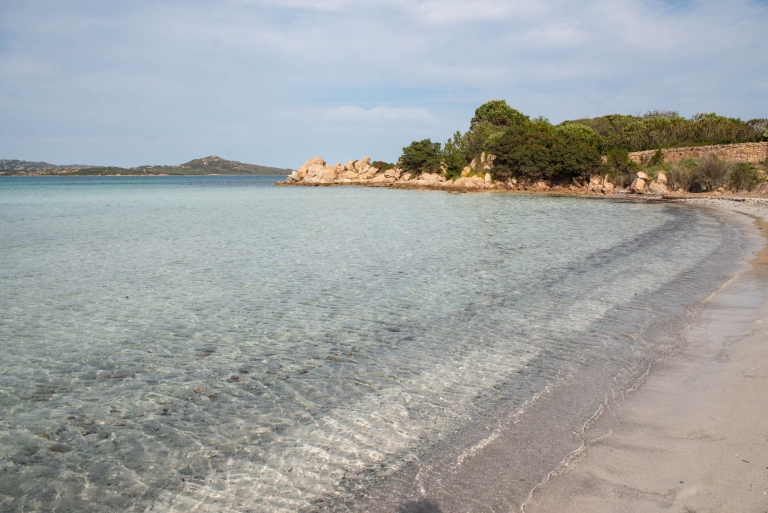 Rich admiring the view and soaking up the last few rays of sunshine before we flew back to the misery of a British winter…. but not for long because shortly after we soaked up some more sun in Seville. 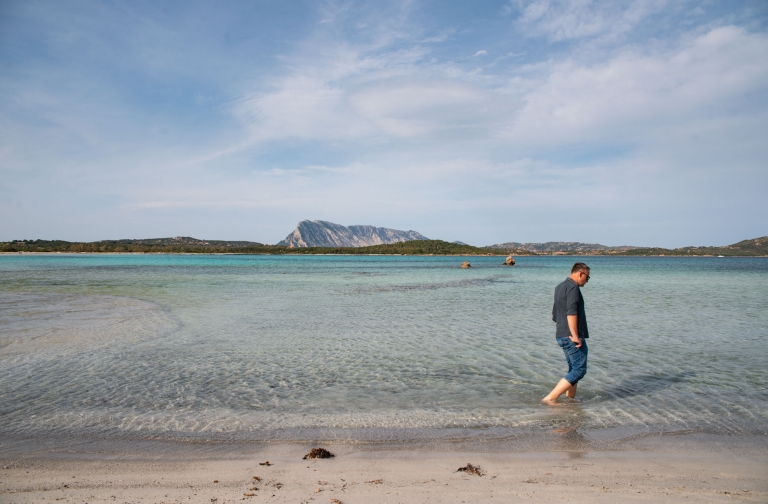 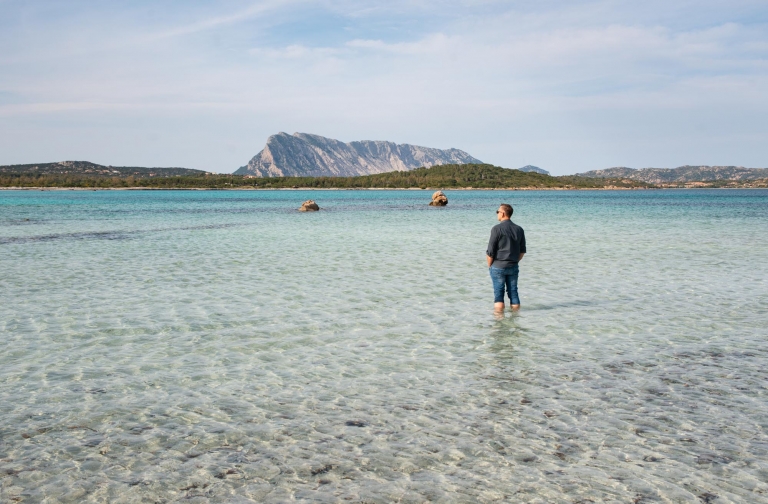 Lu Impostu is a perfect beach for kids as it’s a cove with a cove. Even in the bleak mid-winter it was flat and calm and warm. 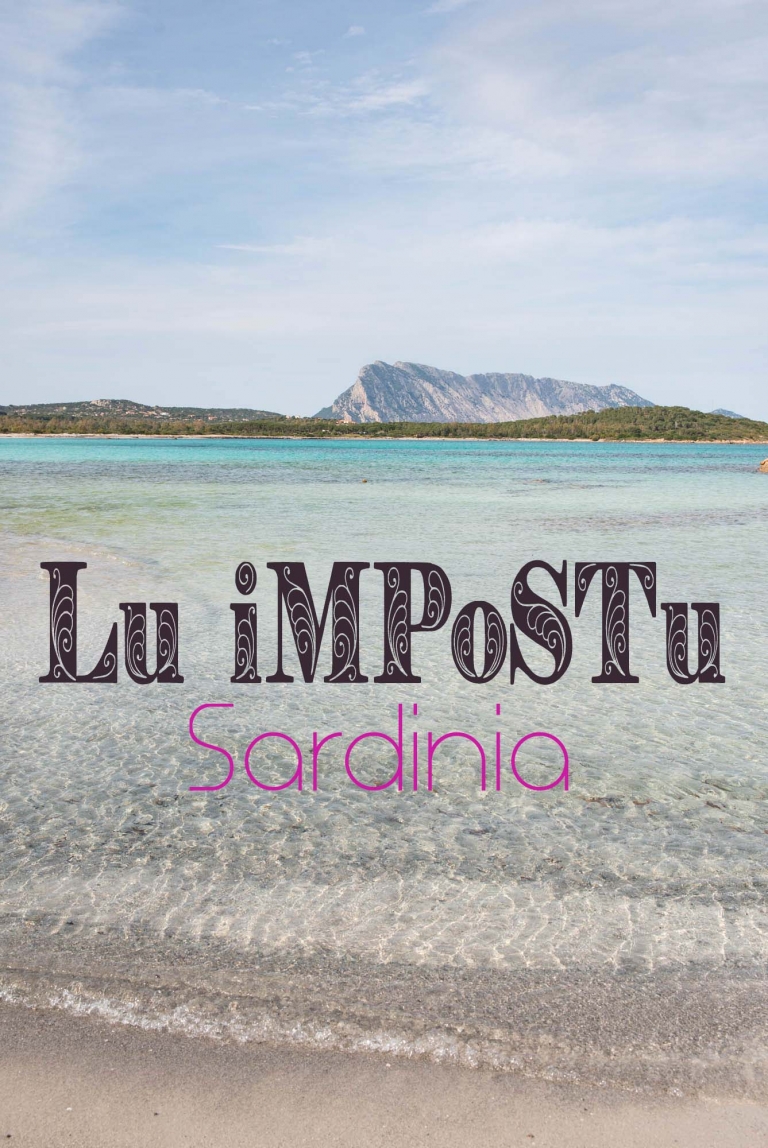 Do you fancy visiting Sardinia? Check out some of our other posts from this gorgeous island.