Two hours of photos from Kotor town in Montenegro

I really liked being in Montenegro and we stayed just over six weeks in total. For a small country it certainly seems to have everything! I was a teensy bit sad when it was time for us to move away from Montenegro but hey, we got to go to South East Asia and that was amazing. 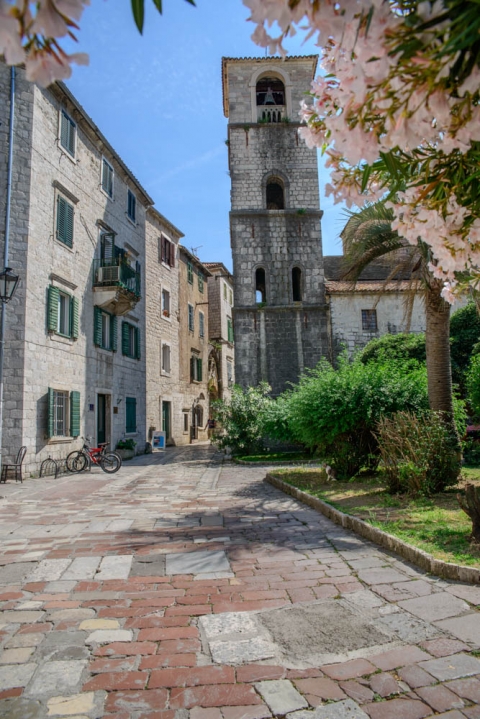 Kotor has a problem!

Kotor town has become a victim of its own success! It’s just too pretty.

I am not a massive fan of tourists so being in Kotor was always going to be difficult for me, especially as the population swells by SIX THOUSAND people when the cruise ships dock.

We did a very quick tour of Kotor and spent less than two hours in the actual town (although we spent another two hours hiking up to its castle walls).

This post is thus going to concentrate on the photos and not so much on words – that’s a first!! 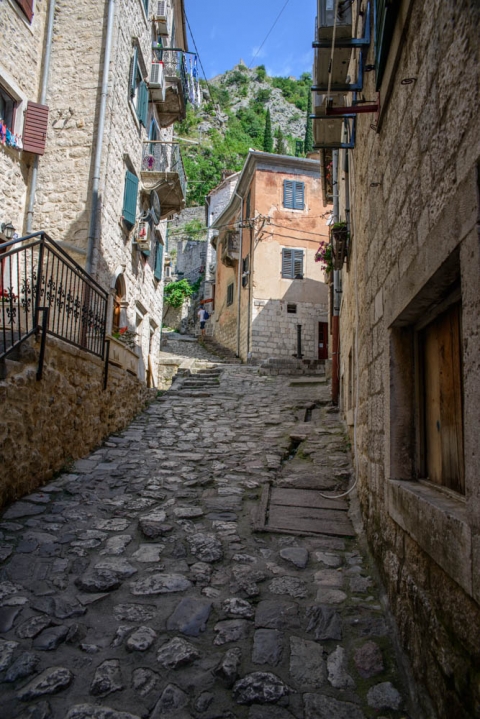 Kotor town was constructed between the 9th and 19th centuries although the fortification’s walls did not create a continuous ring around itself until the 13th century.

Venetians are responsible for the vast majority of the fortification however the Illyrians, Byzantines and Austrians also left their architectural identity on the old Kotor town. 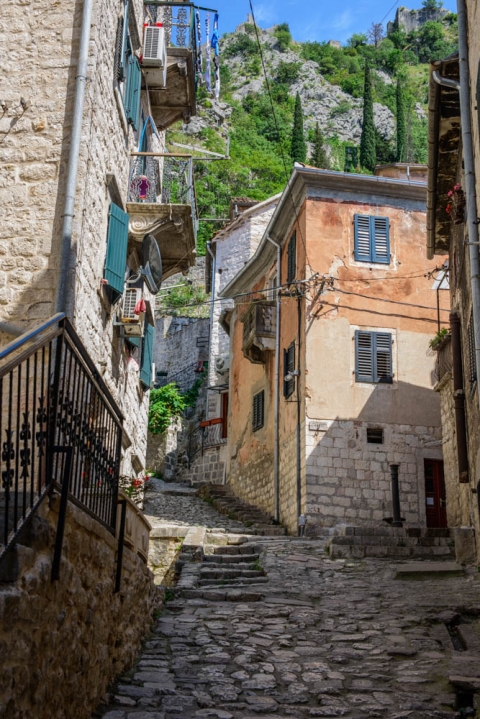 I loved Kotor Bay, which is a natural harbour, and felt it was a truly picturesque area.

The area around Kotor is complete with rolling grey mountains, jade coloured water, pebbled beaches and small, stone villages dotted around the inlet.

If you have time, taking a drive around the bay and on it’s very narrow roads is well worth it. 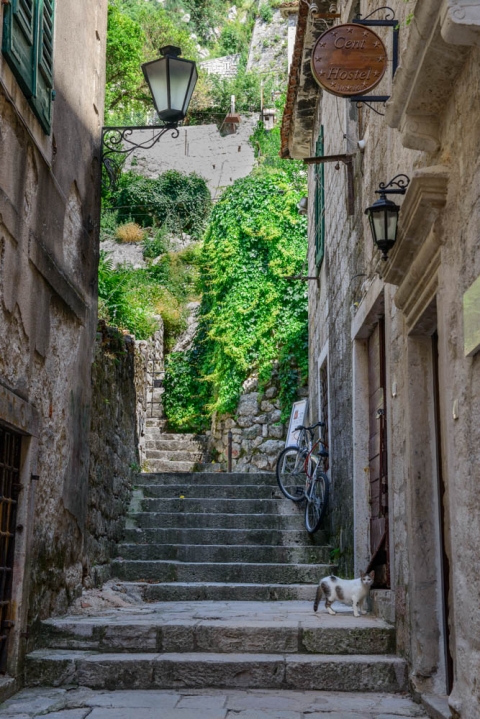 The area of Kotor actually dates back to the Middle Ages when it was an important artistic and commercial centre with famous schools of masonry and iconography.

Masonry and stone work are still studied in the region and many houses around the bay are restored during the winter months using these old techniques. The whole area is protected under the UNESCO World Heritage list.

A large number of the Kotor monuments (including four Romanesque churches and the town walls) were seriously damaged by the 1979 earthquake but the town has been lovingly restored, largely with UNESCO’s help. 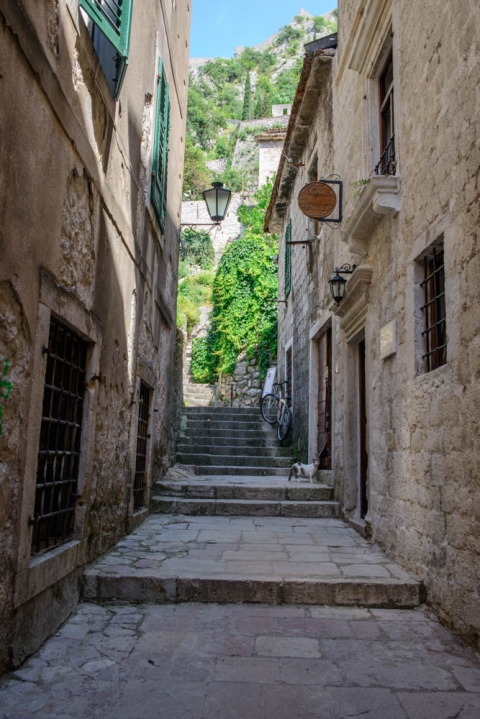 There are cats everywhere!

Much of Kotor’s tourism shops revolve around cat merchandise and that’s because there are cats everywhere you look.

The cats are not a pain or aggressive or hostile, they’re just everywhere you turn. 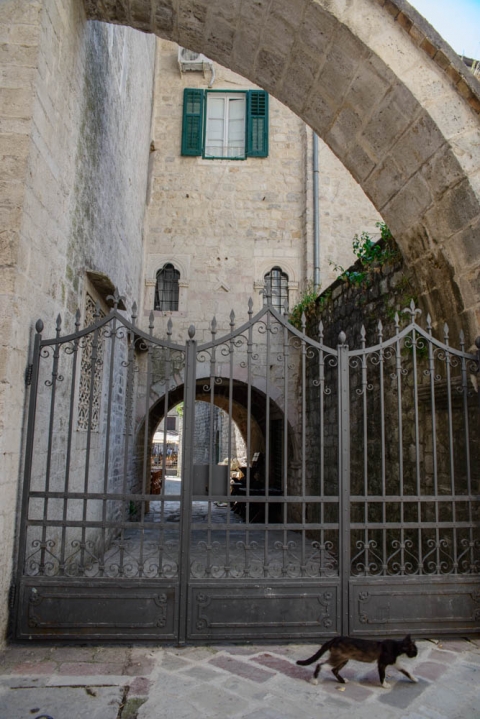 As you can see, the Medieval streets are cobble stoned, narrow and the buildings high. 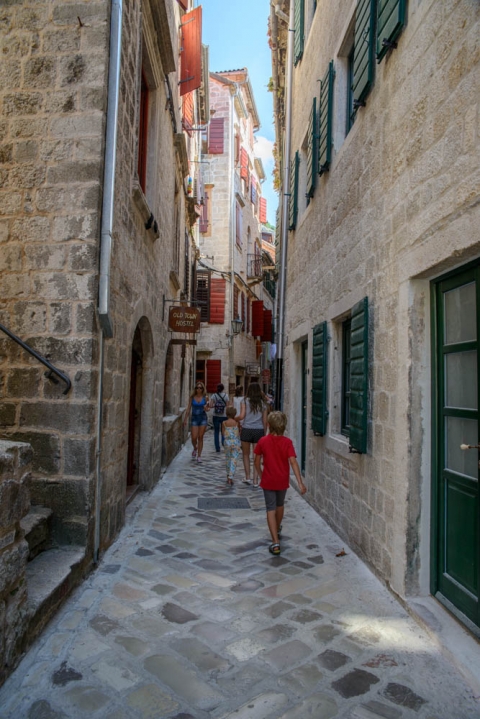 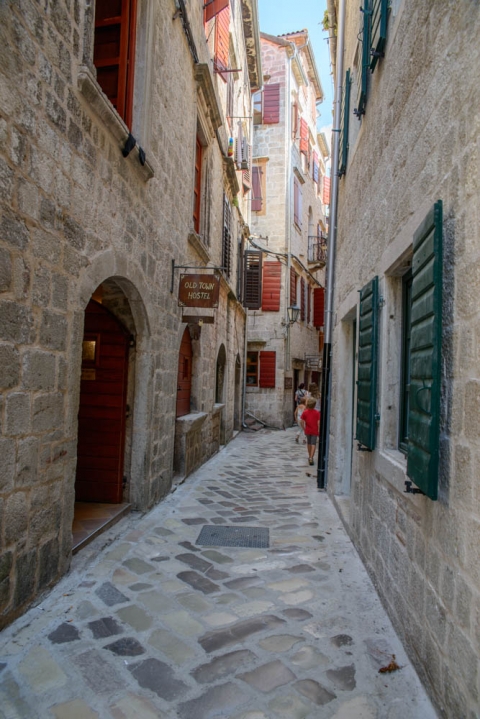 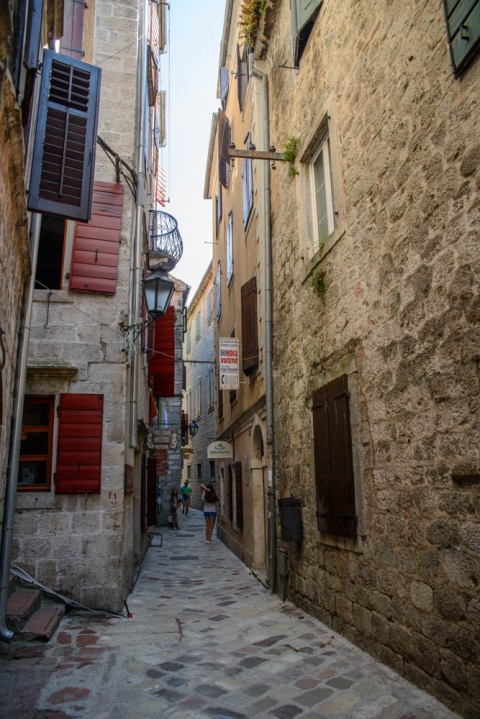 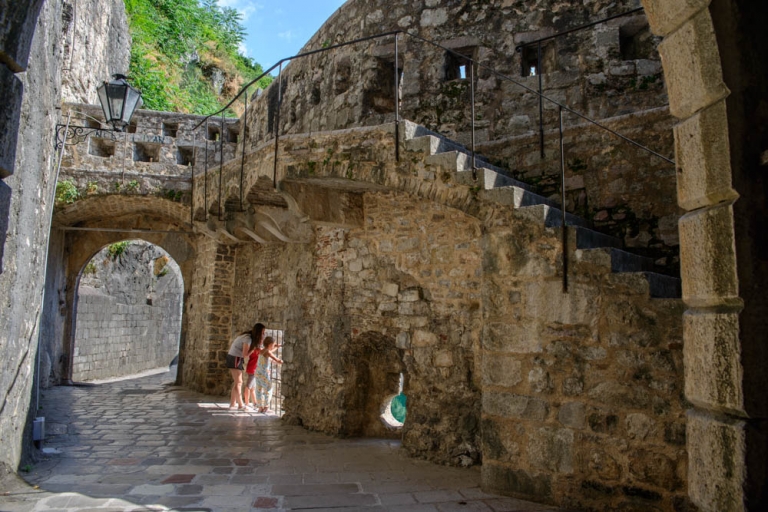 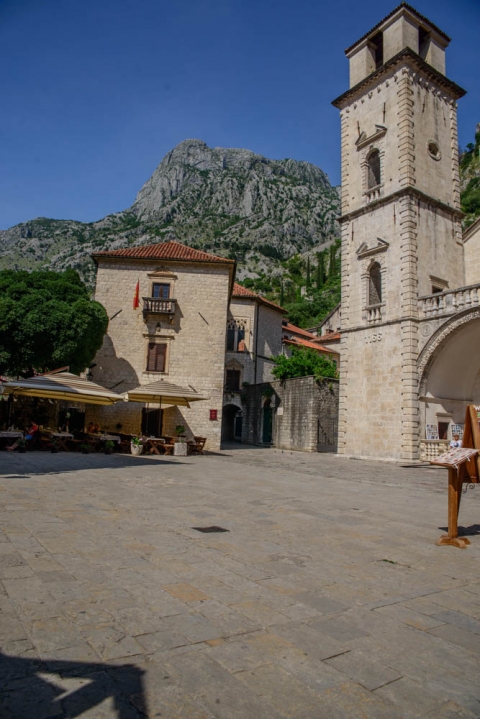 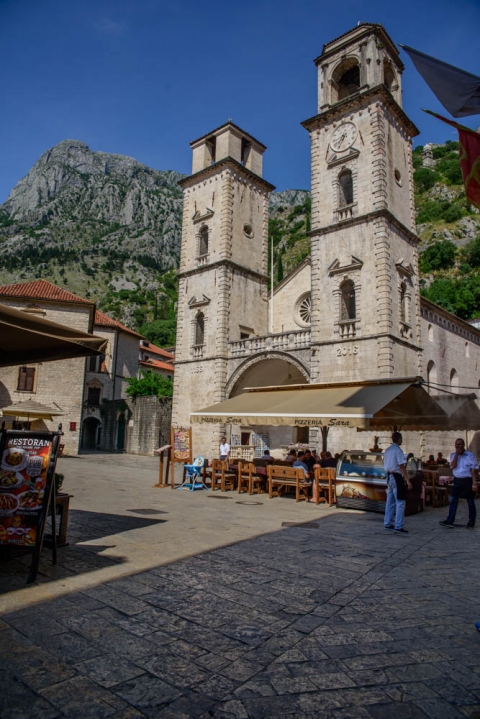 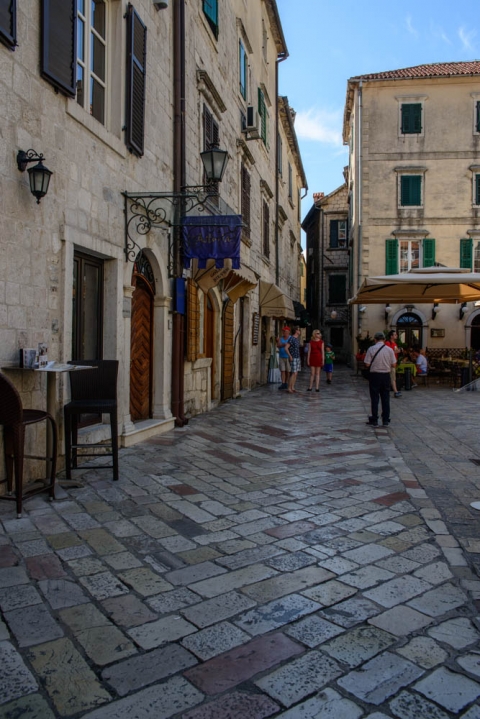 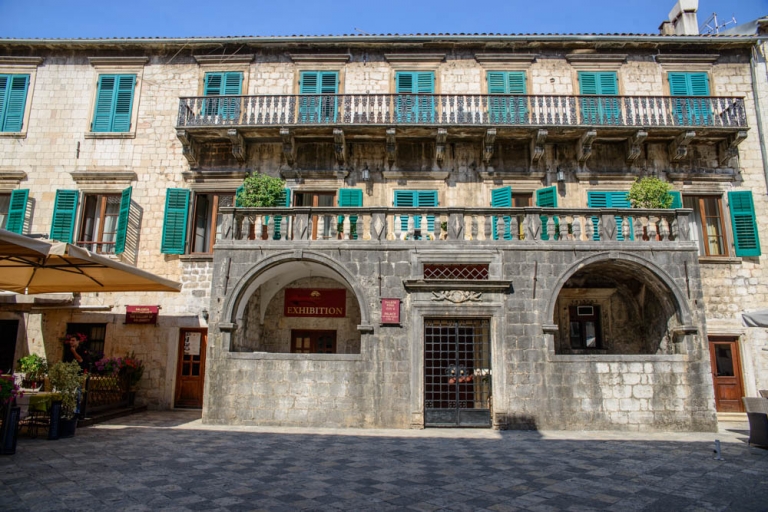 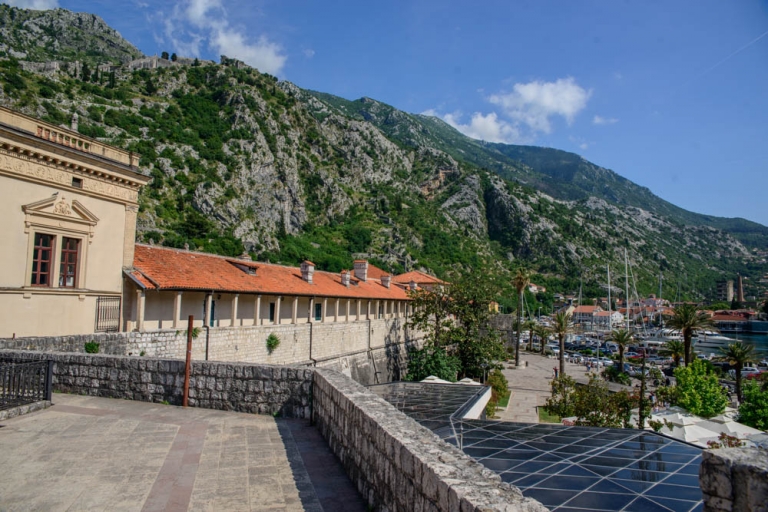 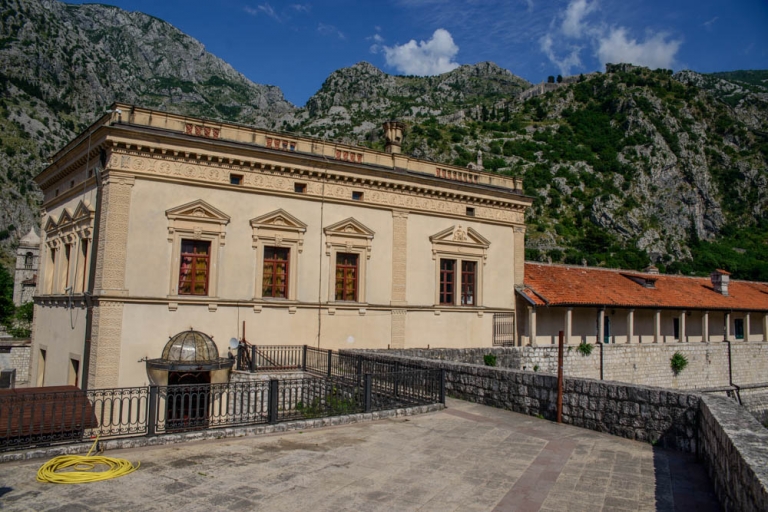 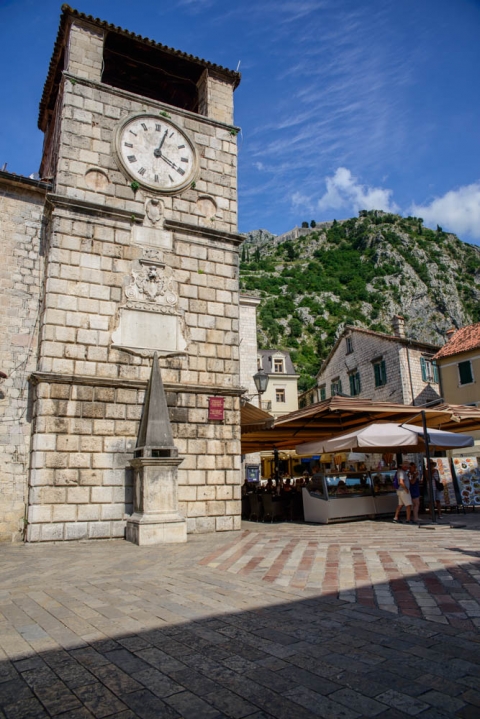 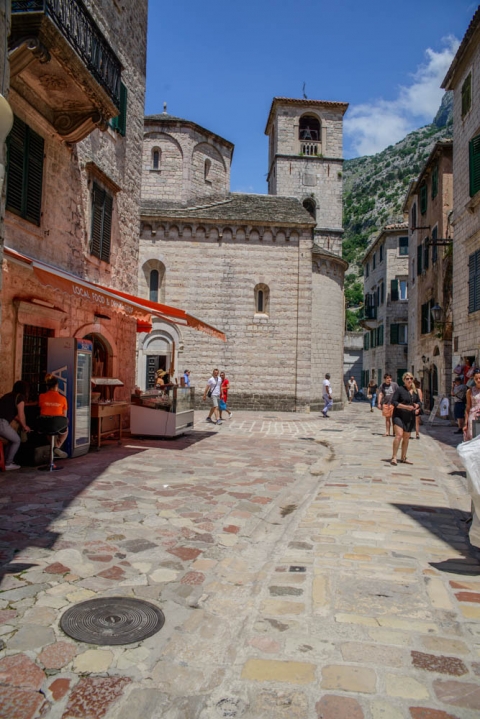 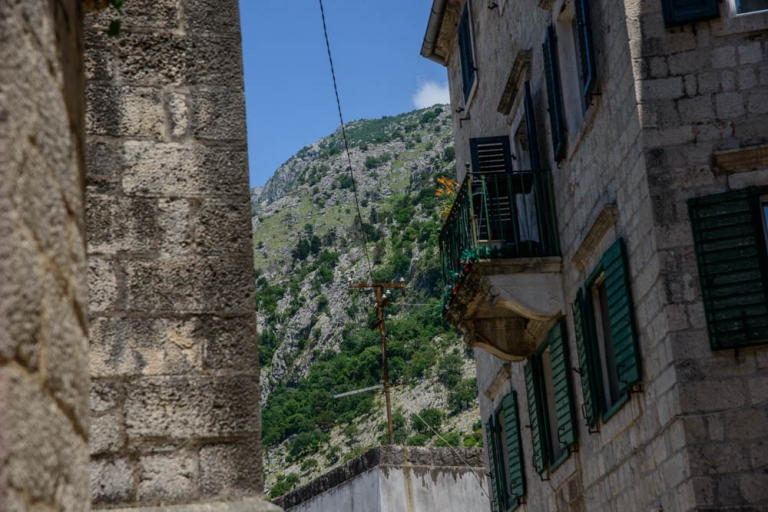 Pin this post so you can come back to it.