Sveti Stefan the elitist island for the rich. Montenegro

About two years ago this idyllic image popped on to my screen. It was a little island, illuminated in the orange glows of the sunset, the greens of the fir trees basking in the light with the turquoise blue ocean below. I had no idea where it was but I loved it. 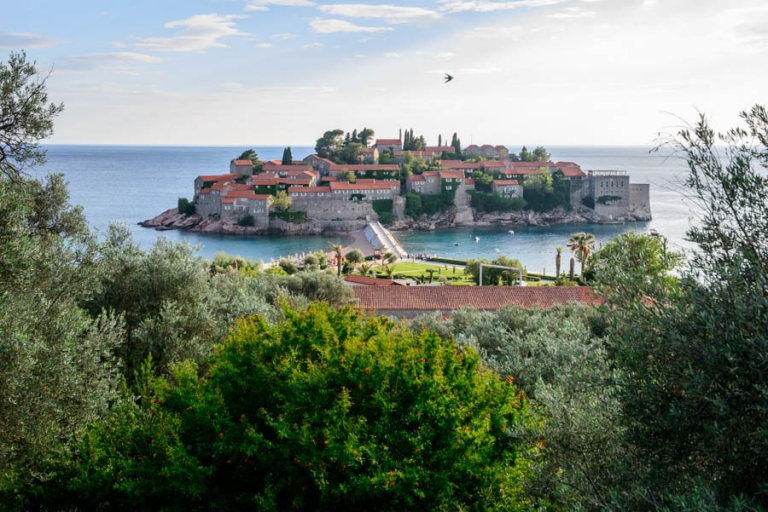 The island of Sveti Stefan from the main road that runs down to Bar.

That island I later discovered was Sveti Stefan (Saint Stephen)  in Montenegro. I saved the photo and had romantic visions of spending the day jumping from the rocks, swimming in the lapping waves followed by dinner in the sunset.

What is Sveti Stefan?

About 11km from Budva sits an island connected by a causeway. It looks like this with its stone clad buildings and quaint rooftops. 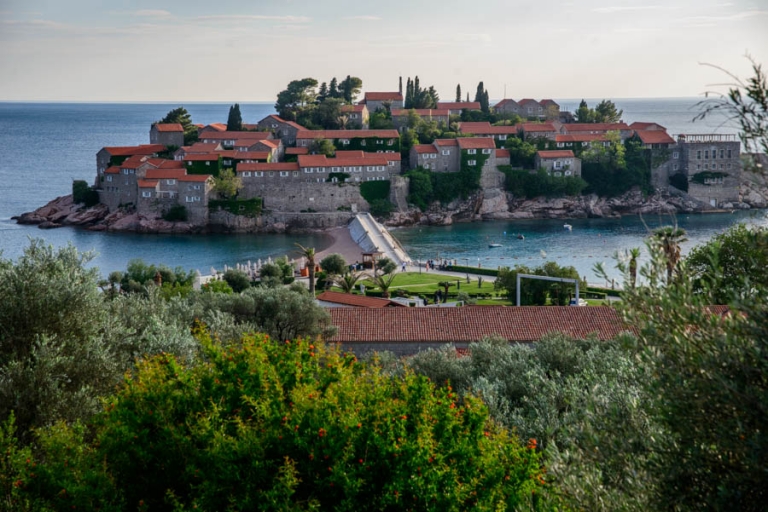 What I didn’t realise is that Sveti Stefan is an elitist high-end resort where the rooms are priced at €849 per night.

To put this into perspective the Montenegrin average wage per month is €700.  Sure, the resort has two restaurants, a bar, a chic spa and two pools but its causeway is BLOCKED by security staff to us lesser mortals. 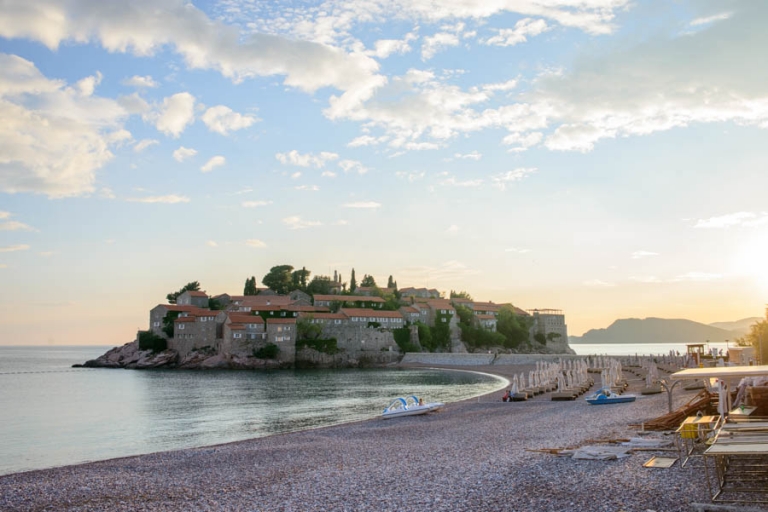 The island at sunset

It’s nothing more than a hierarchical barrier

Us plebs who don’t have a reservation are not only blocked from entering the causeway but one side of the island is also a no go zone, patrolled by a myriad of security staff.

There is nothing more I hate than the obnoxious tourist who thinks he’s better than the locals. It does nothing more than create an us and them mentality which fosters division and resentment.

It make my blood boil that Montenegrin land is closed off to its inhabitants at the bequest of foreigners and a foreign company. I detest elitism like that. 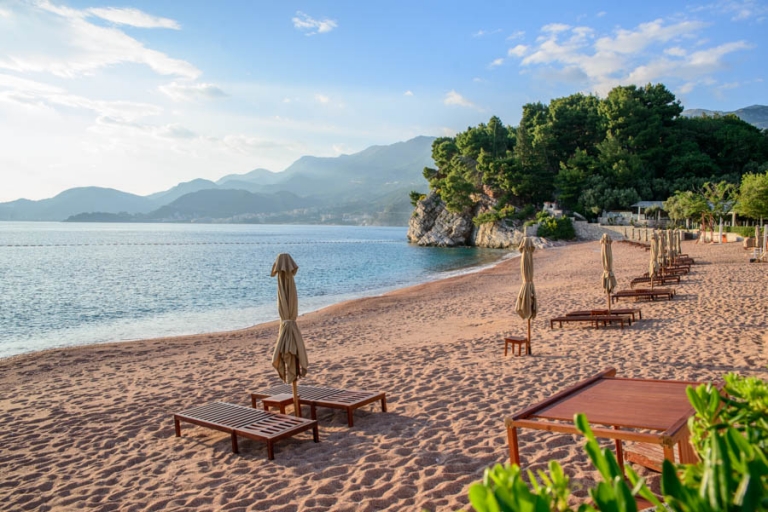 This sand beach is cordoned off to non-resort users.

What to do instead?

I was quite incensed that I wasn’t allowed on the island so instead we went onto the public shingle beach, note that the private beach is sand, and we played by the waters edge skimming rocks. 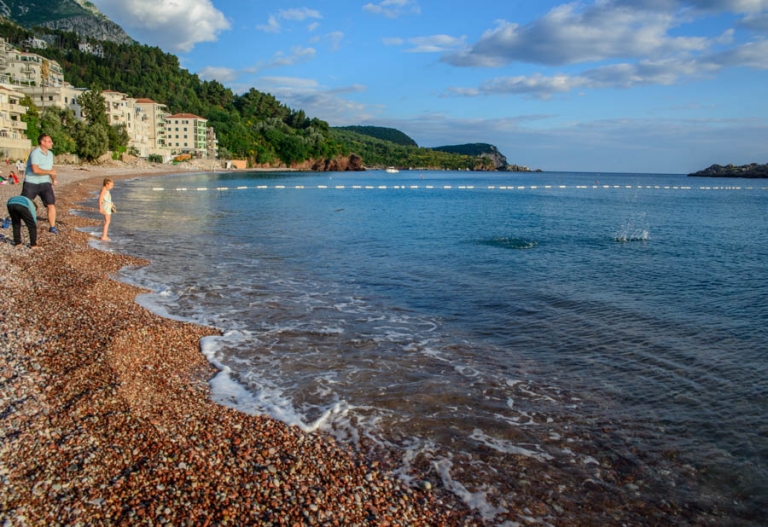 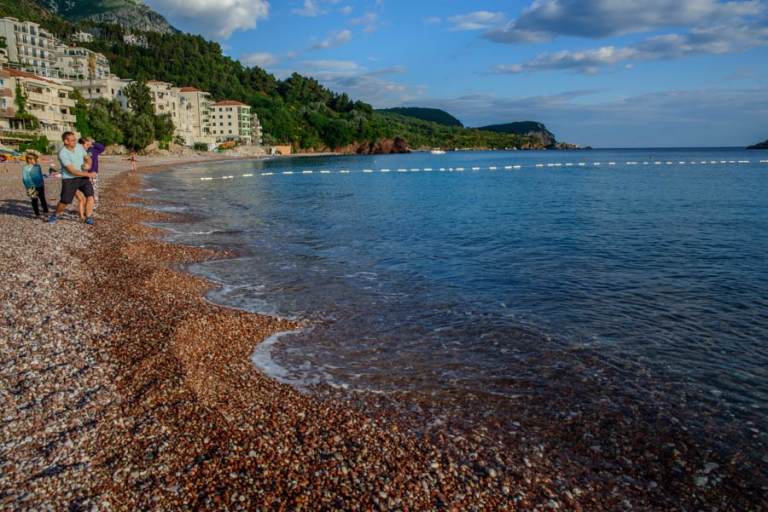 Getting a decent photo

There is a path which runs up and overlooks the island and into a wooded area. Being devious we took that but then sneaked off the pathway and round and down onto some forbidden rocks to get some photos. 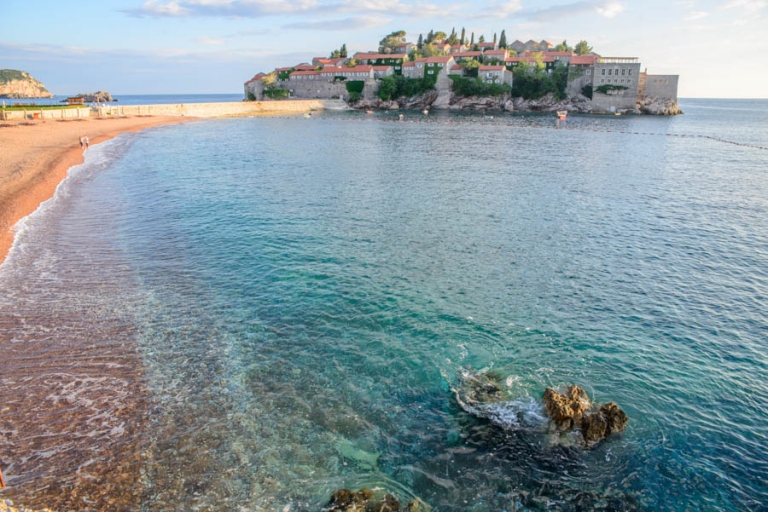 From the forbidden side! 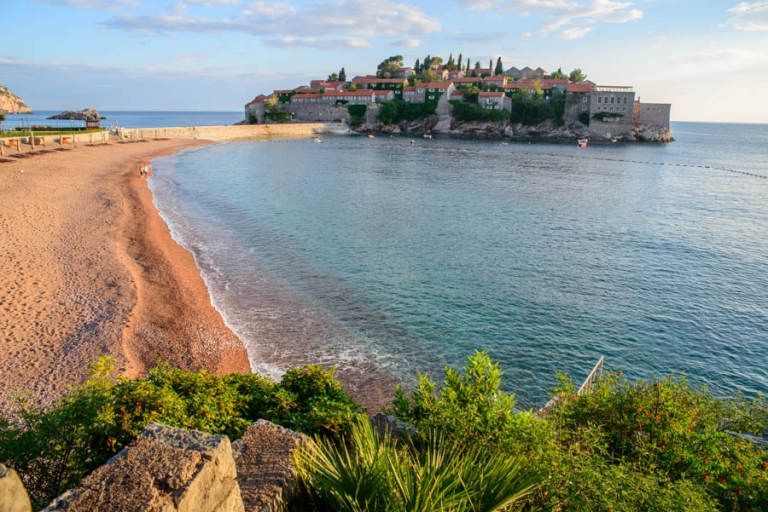 The wall and gate prevent access to the sandy beach 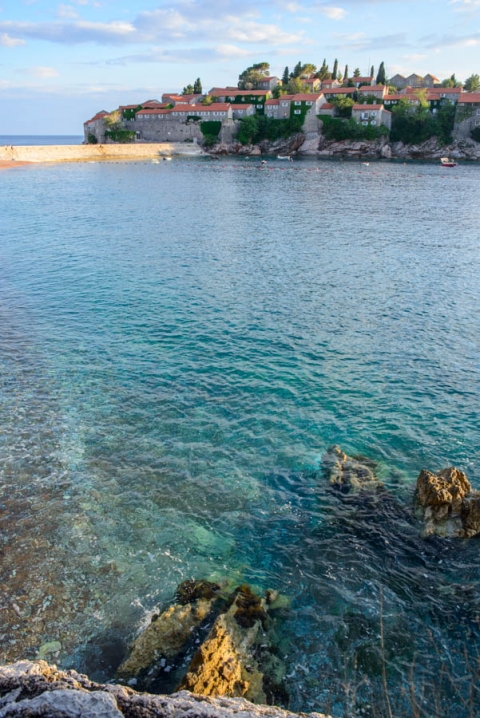 The sea is a gorgeous shade of turquoise 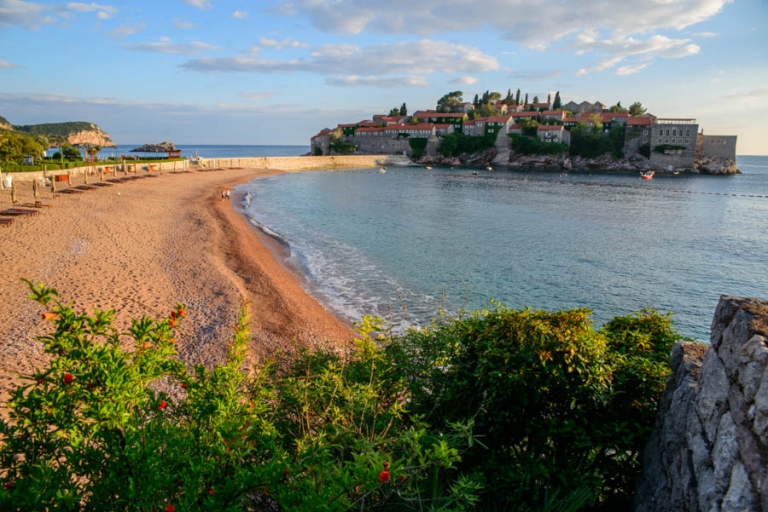 What else is there?

There are two restaurants within walking distance of the beach and there’s a good sized kids playground. Hazard a guess at which one we ended up at!? 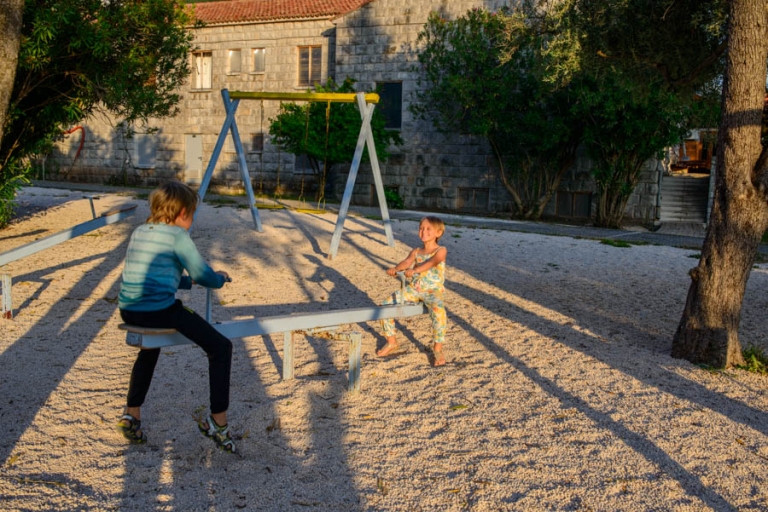 By the time we left..

I am still peeved that elitist tourism has a place here. I don’t think money should buy privileges and certainly not outside money.  It’s something we’ve seen a bit since being here and several locals have informed me that they can no longer buy property in their areas because of foreign investment.

I’d love to come back to Montenegro and explore more how foreigners are impacting Montenegrin life.  We always try to ‘leave no trace’ but more and more I am questioning if that’s possible.

We are coming to the end of our five weeks in Montenegro and we’ve had a blast! We’ve been hiking, canoeing, exploring islands, walking up to castles and plenty of swimming in the sea.

Keep an eye out for more posts HERE.

At the end of each month I send out a newsletter linking all of our newest blog posts and what we’ve been up to.