Visitng Madeira in January will result in some fairly dreich and windy weather but don’t let that deter you from visiting. There’s still loads to do and see. including the Farol Sao Jorge lighthouse and old sugar ruins of Sao Jorge…. 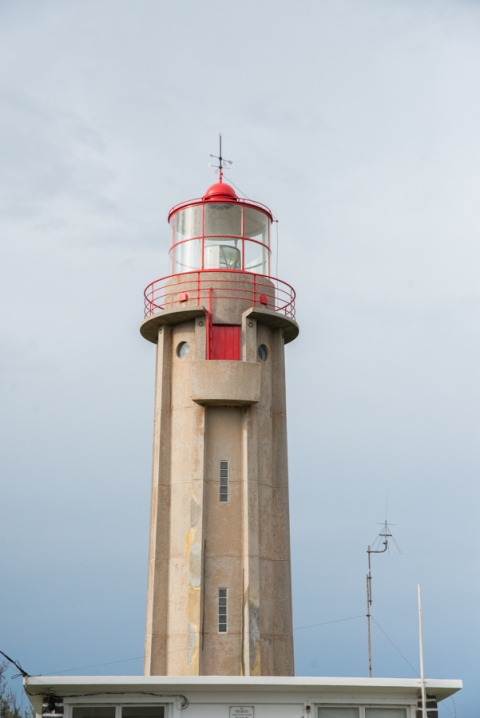 The Farol da Ponta de São Jorge is an active lighthouse since 1959 and it’s located on the top of Sao Jorge cliffs. It has a focal height of 271 metres. 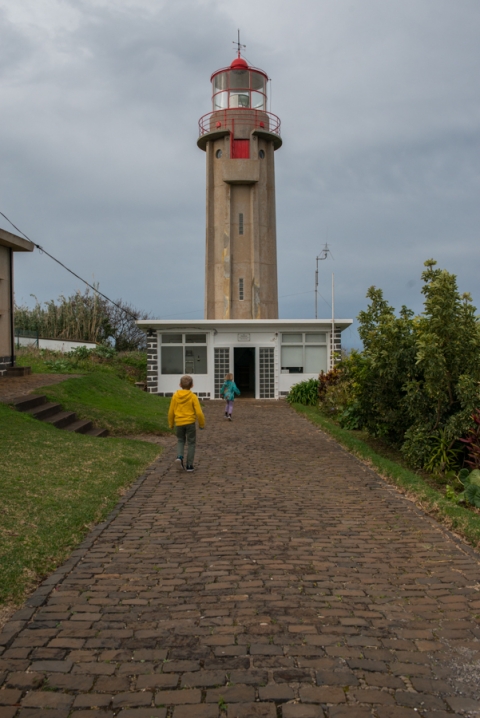 Google maps doesn’t appear to be very effective here on Madeira, so I’ve added in a map for you just in case you visit it. A, marks car parking, which is on the road and B, marks the lighthouse.

Parking is on the road outside the lighthouse and entrance is free. You must however sign the visitors book.

This lighthouse was designed in 1948 but only started to function in 1959. Its structure is a cylindrical tower 14 meters high and the focus is at an altitude of 271 meters.

Its light has a range of 16 miles and its operation was automated in 1986 after being electrified in 1962.

I am informed that this lighthouse appears to share its design with the Carapacho, Ponta da Garça and Ponta do Cintrão lighthouses in the Azores, which are a short distance away.

Clambering Up The Spiral Staircase

The lighthouse has an impressive spiral staircase leading up to the light. 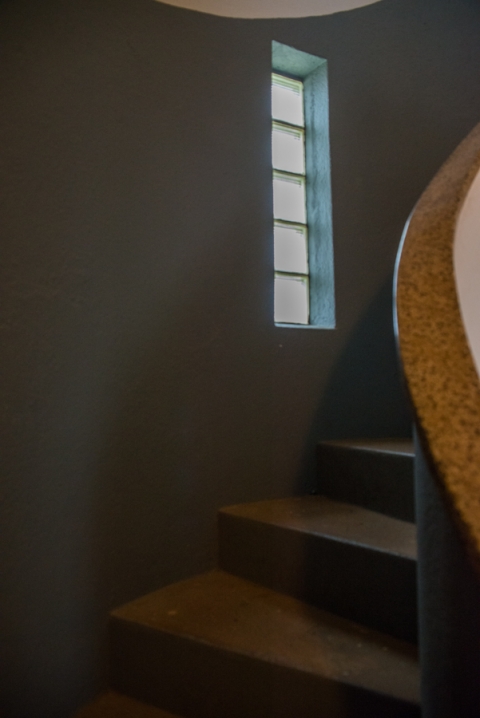 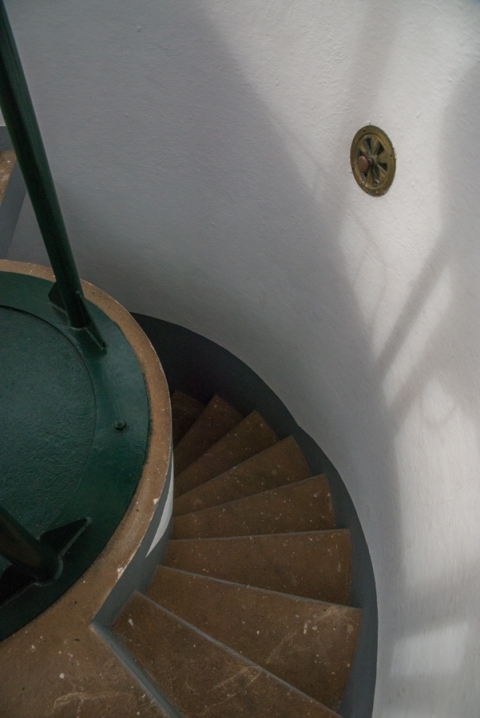 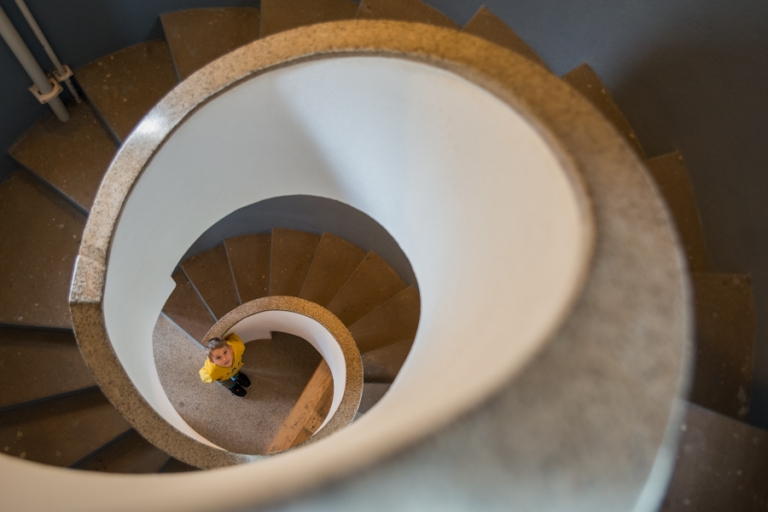 The boy at the bottom of Farol Sao Jorge Lighthouse

You Can See The Light

The light is HUGE – as is obviously to be expected given it shines 16 miles out to sea. 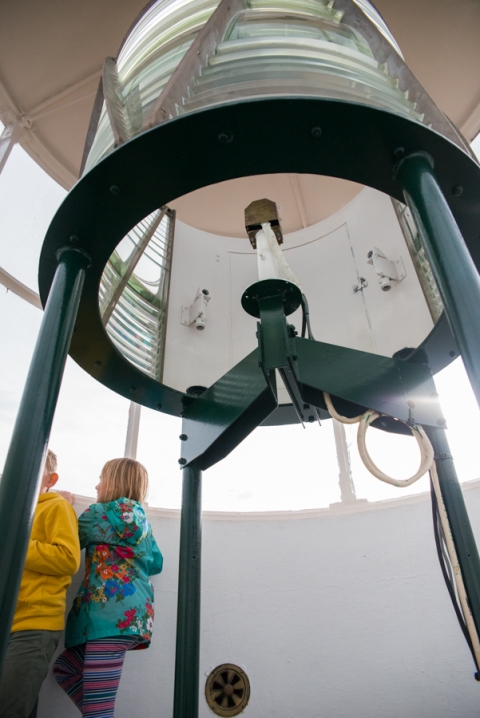 Looking under the light

I am quite short, only 5ft/1.5m, so I found the view a bit difficult to see as did the kids. I lifted them up to get a better view but sadly they couldn’t return the favour!

The view isn’t great as the local area is a bit run down but it’s pretty cool being inside a lighthouse. 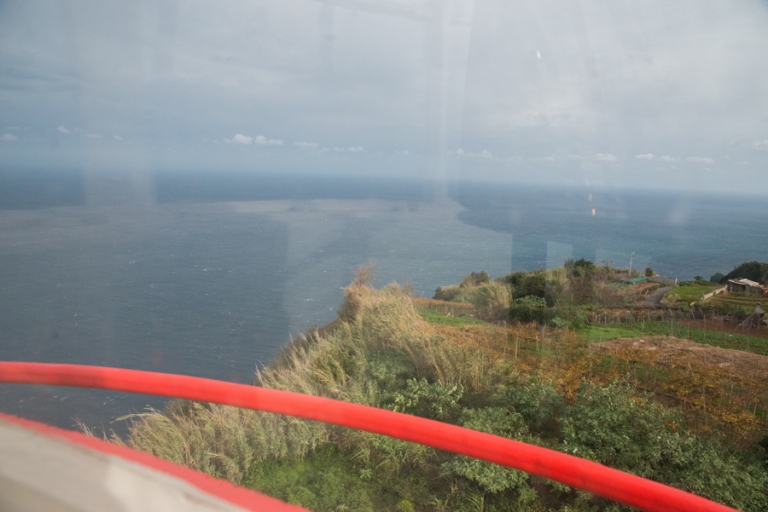 The view out of the lighthouse 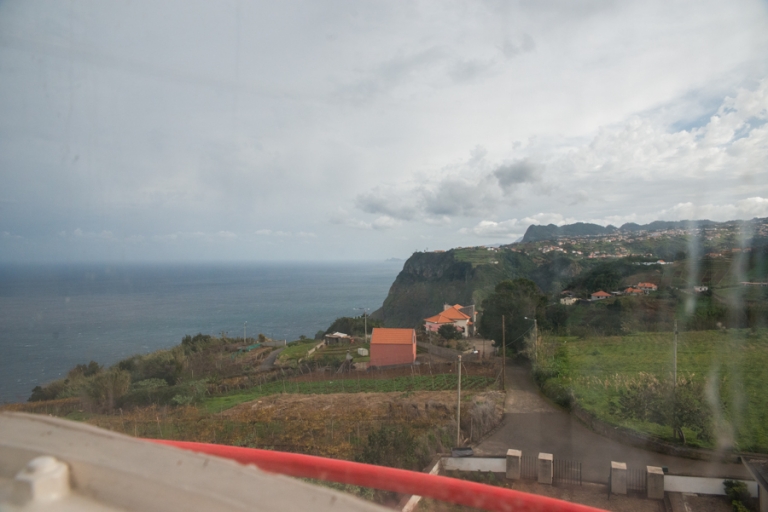 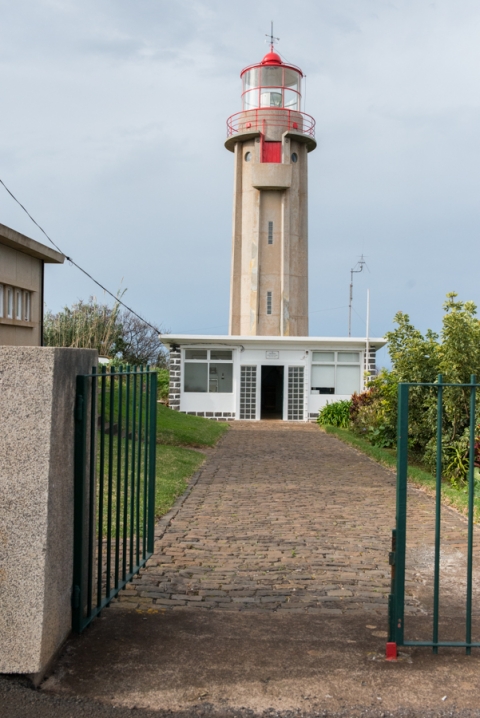