Can Gio District. A Day Trip From Saigon For Kids

We only had a short time in Saigon (Ho Chi Minh City) and we wanted to see as much of it as possible so we booked a one day tour to the Can Gio District with The Sinh Tourist. If you’re looking for fun things to do with kids in Saigon, this is a fun day out learning, seeing and doing.

How much did a day trip to Can Gio cost?

We paid 2,196,000 Dong (for four of us) and included in the price was a full day trip including transport and meals. Being vegan was really easy in Vietnam and everywhere we ate they could and would accommodate us. Nobody made a fuss or made us feel unwelcome at all and it’s one of the many reasons why we fell in love with Vietnam.

If you want to do this tour by yourself, carry on reading as I break down what we did, how much it cost and how you can do it alone. 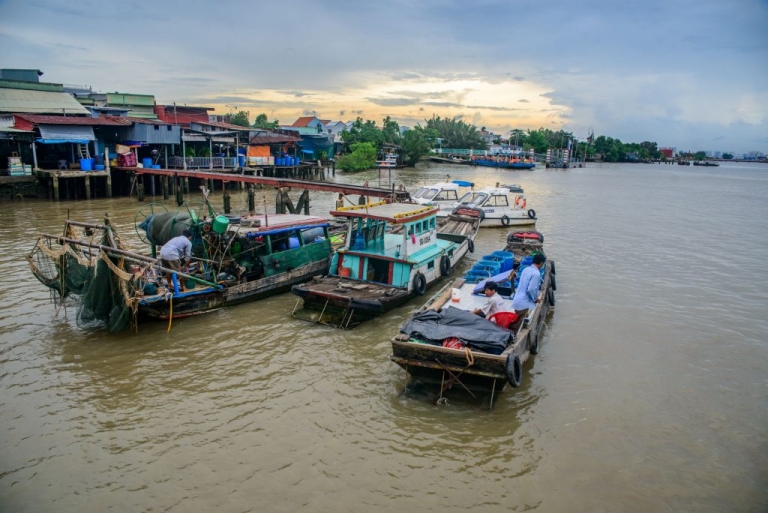 The ferry over to Can Gio

What And Where Is Can Giờ?

25km from Saigon, Cần Giờ is a low, palm-fringed island noted for its humongous mangrove forest.

It lies between the Saigon river and the sea and was created by silt flowing downstream. 35km in length and 30km in width it covers approximately 72,000 hectares. The area and beaches are made of hard-packed mud rather than sand and so it attracts fewer visitors than other areas and the area remains mostly undeveloped to large hotels and service industry.

If you visit here, you will see a rare glimpse of authentic Vietnamese life un-destroyed by mass tourism. 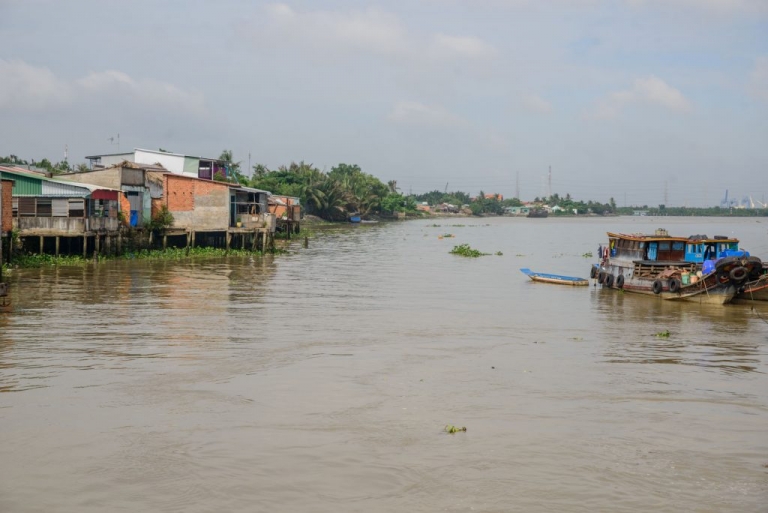 The Saigon river flowing into the sea near Can Gio.

We crossed the Saigon River on a small car and passenger ferry (keep reading for costs). It took about twenty minutes to cross the river where pedestrians sit upstairs on wooden slatted benches and vehicles are downstairs.

A local man was selling fried fruit and coconut which cost us about £0.10p and was really tasty. 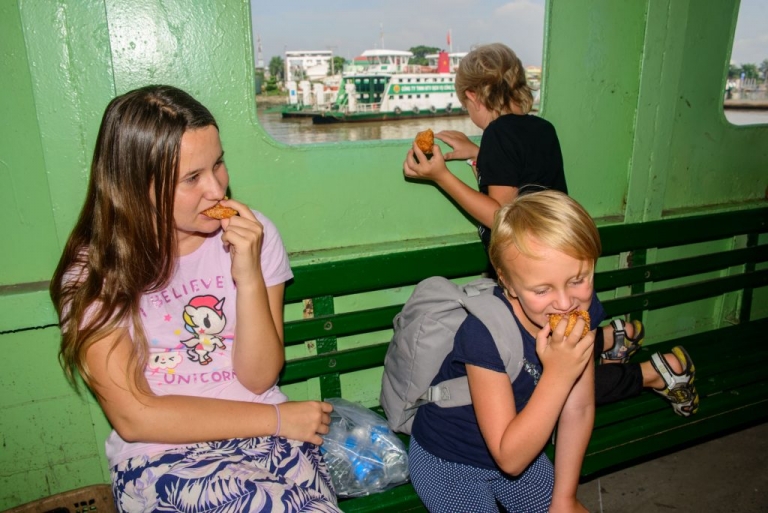 Eating fried fruit on the ferry

The Island Is A UNESCO Mangrove

The mangroves in Can Gio are originally 2,000 years old and have biodiversity with more than 200 species of fauna and 52 species of flora. Much like every other green park in every country close to its capital, it has the nickname of ‘Siagon’s Green Lungs’. Pretty obvious really! Since the year 2000, the mangrove area has been protected by UNESCO.

During the Vietnamese war, the labyrinth of the mangrove was used by the local fighters to fight off the Americans but the area was sprayed intensively with poisons including Agent Orange. It took a significant amount of time for the mangroves to recover.

If you come here, you’ll get to spend some time in this impressive tidal area which seems to be full of animals everywhere you look. 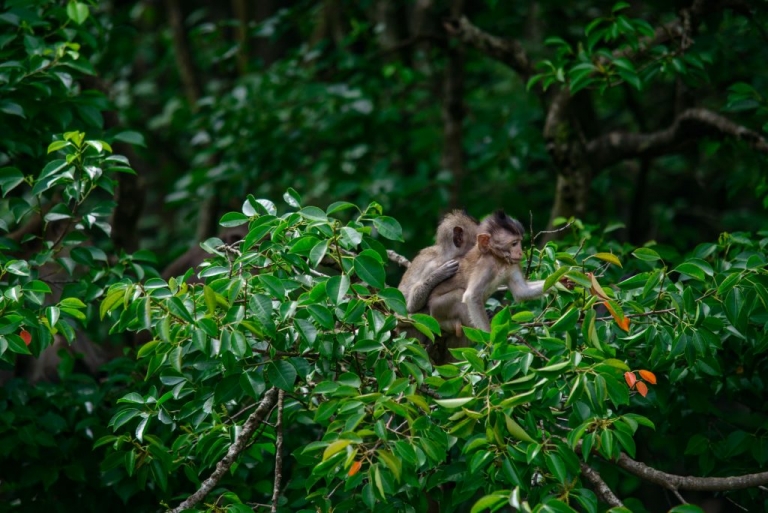 Monkeys playing in the mangrove trees 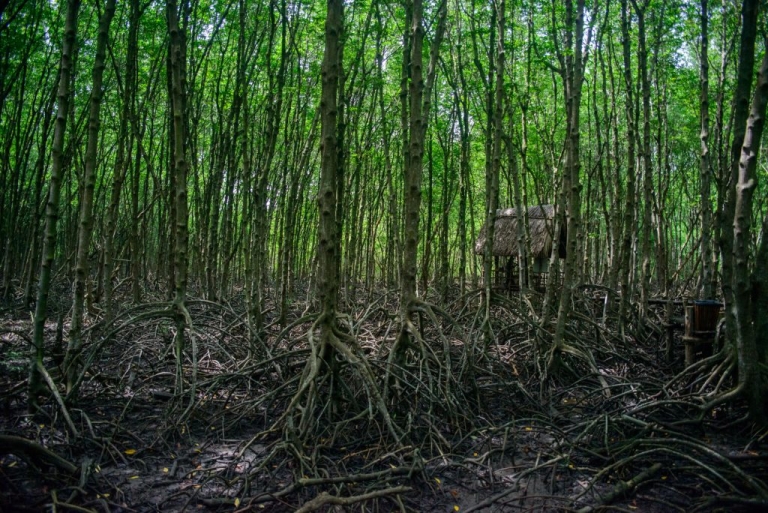 We have a somewhat scared obsession with these creatures and as we didn’t have any time to get vaccinations before heading to SE Asia, I always knew the monkeys would pose the greatest threat to us. We seem to be attracted to them but the feeling is not so much reciprocated and they tend to terrorise us lol.

I took my longest lens with me and tried to stay a fair distance away from them. That didn’t stop them trying to come close though and occasionally I resorted to throwing stones at them. It’s not the approach I’d usually use but monkeys can be unpredictable and I’m reliably informed that their bites REALLY hurt and the three (rabies) injections in your stomach you’re forced to have afterwards are incredibly unpleasant. 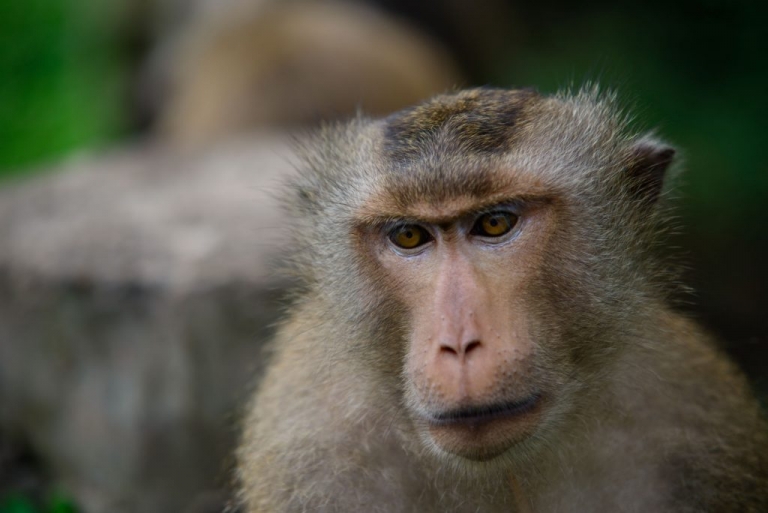 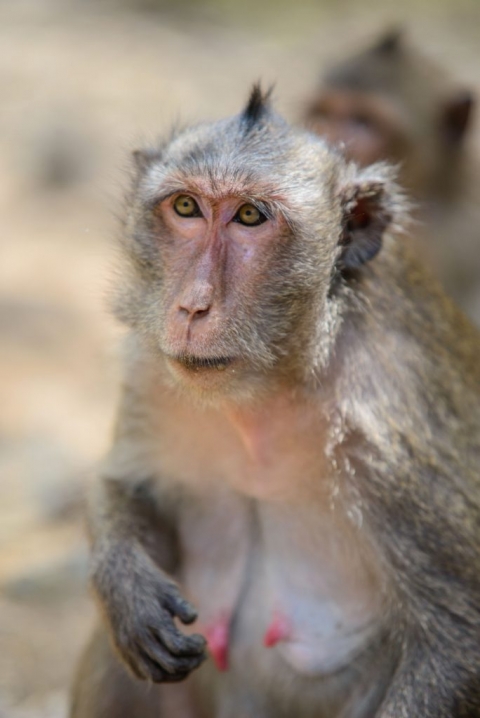 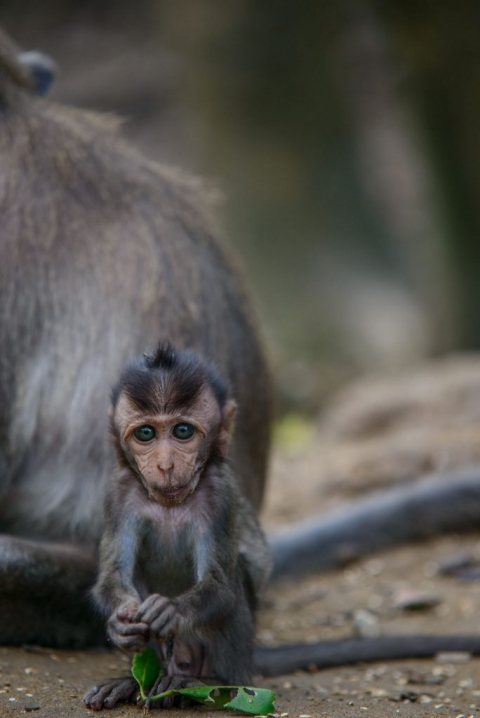 Have you ever taken a speed boat round shallow, tight cornered mangroves?

I’ll tell you it’s a thrill trying not to bang your head on the low hanging branches. Here’s a video we took of our time on the boat.

Learn About The VietCong Rừng Sác Guerilla Base

The boat drops you off at a bamboo, board-walked area where you’ll see a number of wooden huts. Here you’ll learn all about the role the mangroves played during the war.

Between 1962-1975 the mangroves acted as a base camp for the South Vietnamese Government, set up to house approximately 1,000 fighters. Back then it was called the Sac Forest but given the nickname ‘Forest of Assassins’ due to a miss translation, although many did lose their lives here. The base was created to defend the Lòng Tàu River, the main shipping channel from Saigon to Vũng Tàu.

Due to the difficult conditions for ground operations within the zone, the Vietnamese fighters regarded it as a safe area, however from 1965 onwards the American Army began decimating the area as part of Operation Ranch Hand. They primarily used Agent Orange to strip the area bare.

In order to hide from the American Army, VietCong fighters would submerge themselves in water and use bamboo to breathe through. 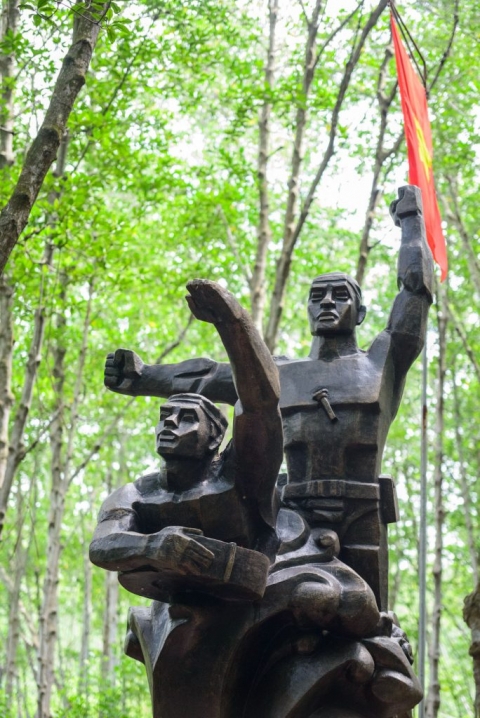 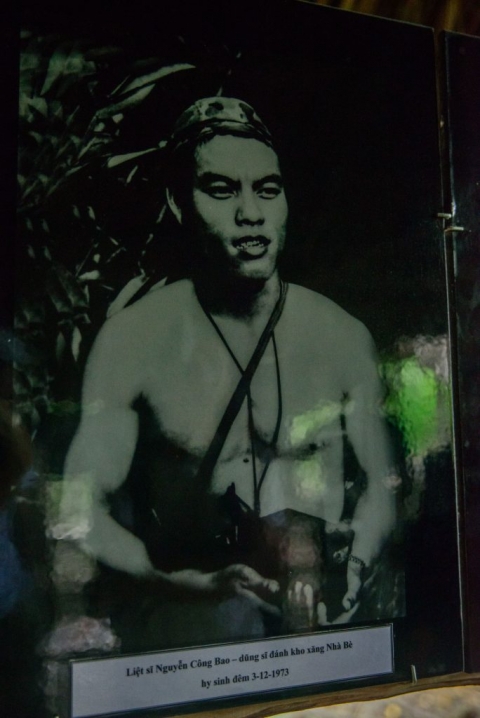 Swim At The Can Giờ Resort

The next and final destination for the afternoon was the Can Gio resort – with its much-needed swimming pool. The mangroves are incredibly humid and we sweated bucket loads.

Our tour guide gave us a choice here which gave us more options. We could spend time on the local beach, explore the local town and its market or stay in the resort.

Partially as a reward for the kids’ good behaviour and partially because the thunder was already grumbling and the black clouds on the horizon were blowing closer, we opted for the resort and eventually swam in a tropical thunderstorm.

The water was really warm and it was like swimming in a big bath. It was also super exciting and it actually passed really quickly – that’s what you get for visiting Vietnam during the rainy season. 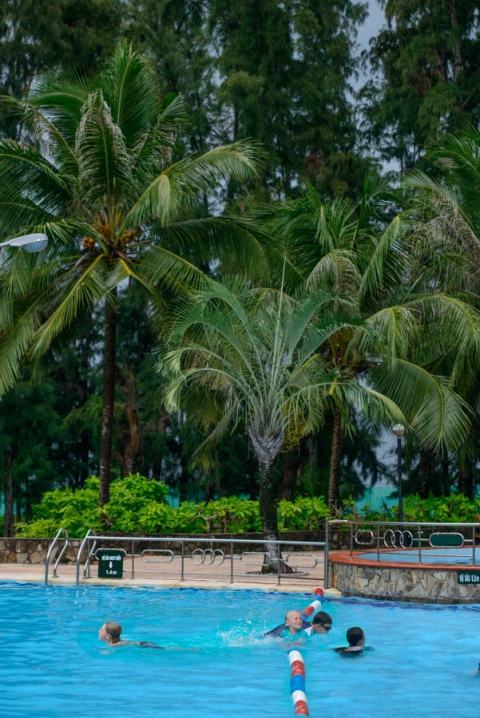 Swimming in a tropical thunderstorm at Can Gio Resort

Can You Visit Can Gio By Yourself?

As always, I try to break down official tours and work out if you could do them alone and without a tour guide.

Could you do this yourself? Yes, here’s what you’d need to factor in:

Want To Visit Can Gio As A Tour?

Spread the love
2
Shares
2
Shares
Posted in Vietnam
« Off the beaten track in Siem Reap: Triple A Tour
The Tangkahan Elephant Sanctuary is a BIG CON! »