I was interested to know how such a large volcanic rock could end up on a sandy beach, so I did some research. It is estimated that over a period of FOUR MILLION YEARS the volcanic rocks of Mount Barney & Mount Warning erupted leaving lava in the creek beds. With the constant movement of water, the  softer rocks were eroded into sand but the harder lava rock (argillite) remained on the shore line. What remains are the rocks of Elephant rock and Currumbin rock in Currumbin.

Elephant Rock is easily identified as the large rock in the middle of the beach that shelters the Viking Beach Surf Rescue Club. Once climbed it gives sweeping views of the Gold Coast from Coolangatta in the south to Surfers Paradise (The Gold Coast) in the north. Once upon a time Elephant Rock was covered in green vines and called the Green Rock, this name appears to have been dropped in the 1960’s. 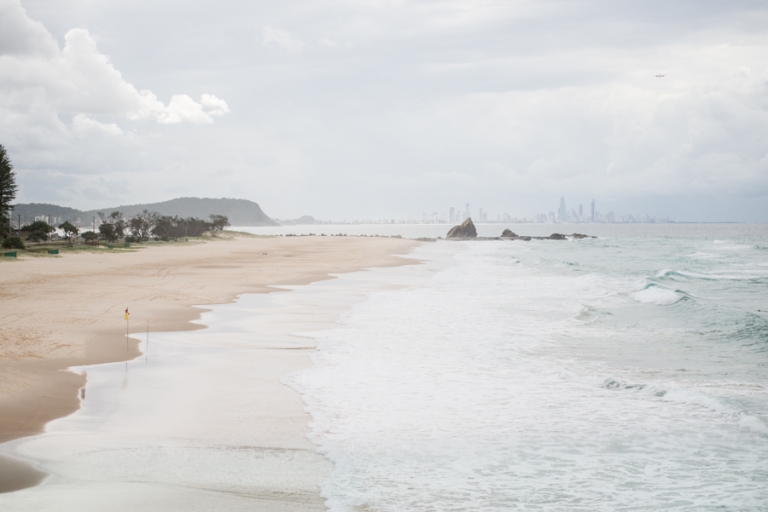 The view from the Viking Club in Winter. Surfers paradise in the distance is blocked slightly by Currumbin Rocks.

Currumbin Rock is located slightly further down the beach. Covered at high tide but time it right and you can watch a sunset from the rocks at low tide.

These photos were taken whilst the tide was going out and you can see in each photo how the water lessens. Long exposure is my favourite type of photography. I just love to play with reflections, patterms and colours.  Often very subtle colours, invisible to the eye will be picked up in the camera which results in the delicate pinky-purpley dusky colour. 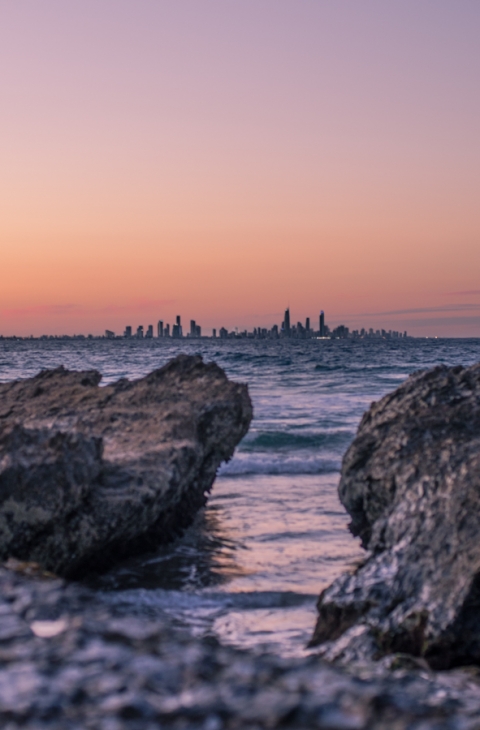 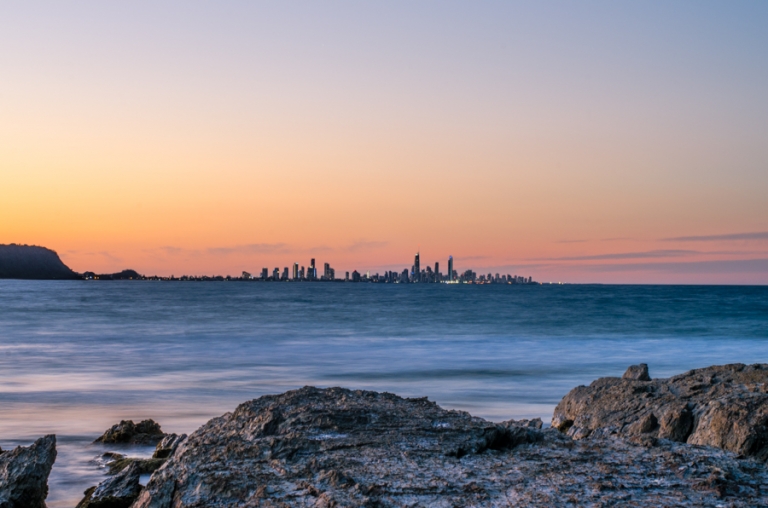 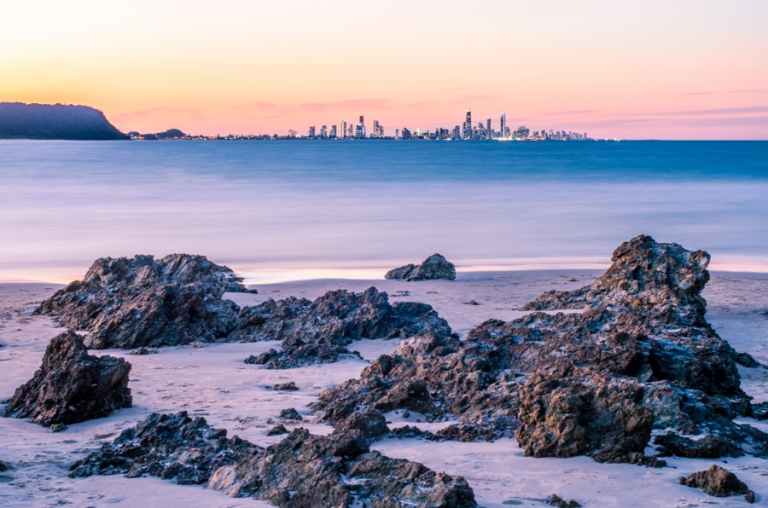 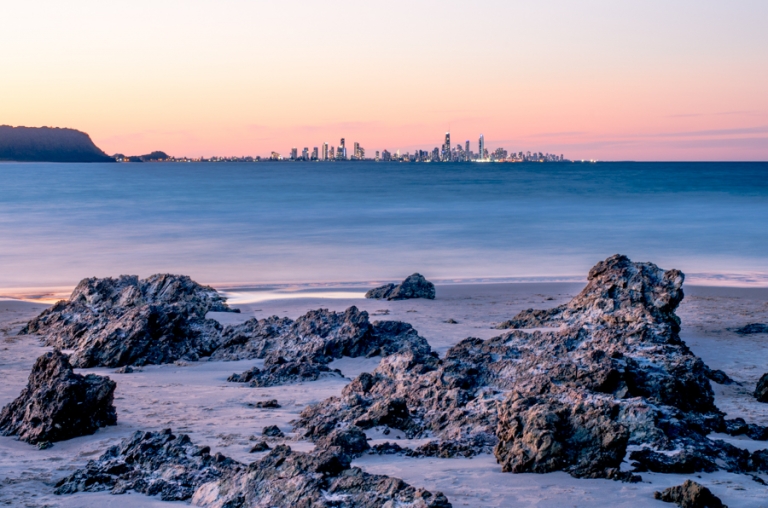 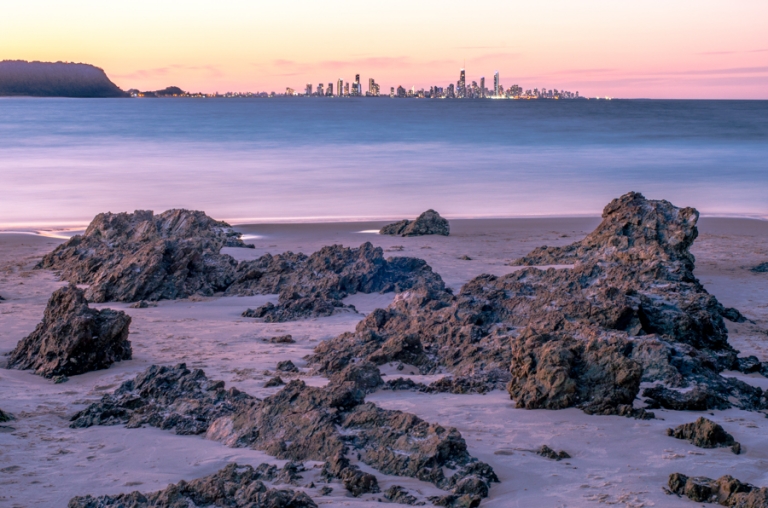 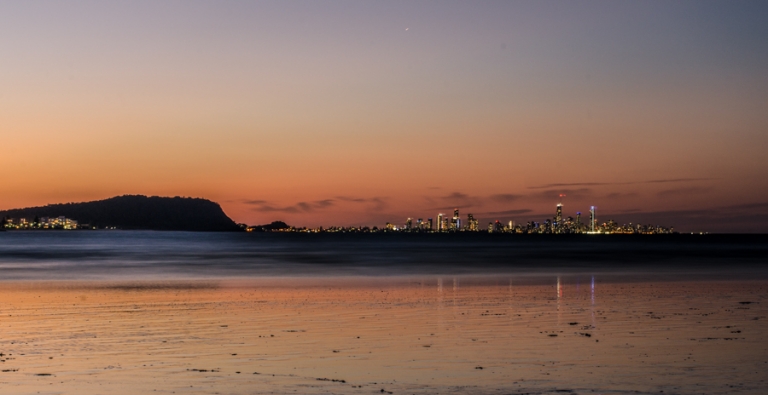 Currumbin alley, also know as Currumbin Creek, is the body of water that separates Currumbin from Palm Beach.  Its tall and well lit apartment block gives a great reflection with the setting sun. Taken at low tide. 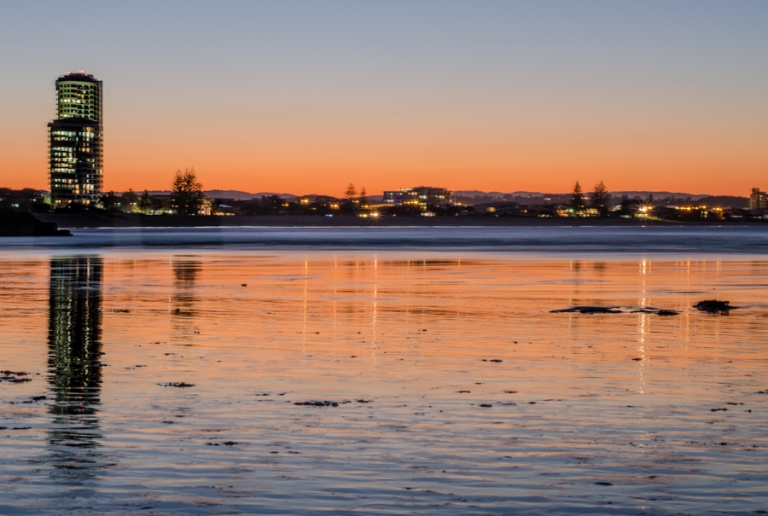 « Taking Kids To The Sinti Roma Memorial In BerlinFancy taking a Ljubljana boat cruise in the rain? »

© 2020 Journey of a Nomadic Family|ProPhoto Site