Let’s be frank, Western Australia (WA) has the largest amount of coastline in Australia (20,000km) and whilst you’ll never find a bad beach (oh this made me chuckle), we all have our favourites. If you’re travelling to Perth with kids, you’ll want to know the best beaches from Western Australia. These child-friendly beaches are perfect for any time of year, whether it’s a full-blown holiday or just a day trip.

Until 2013, we lived in Perth and I’m hopeful these natural beauty spots haven’t drastically changed. Some of these photos were taken pre DSLR days and before I learnt what over-exposure was all about, so please don’t be too critical of the photos!

So, if you’re looking for secret beaches near Perth, kid-friendly beaches in the Margaret River or just the best beaches for families in Western Australia, we list those below.

At the most northern edge of Perth’s vicinity, 61 km from Perth’s city, stands Two Rocks. Ignoring the marina and the decaying remains of the Atlantis Marine Park, the beach is a haven of untouched white sand defined by two large rocks at the most northerly point.

The waves can be big enough for bodyboarding but in the safety of relatively shallow waters. 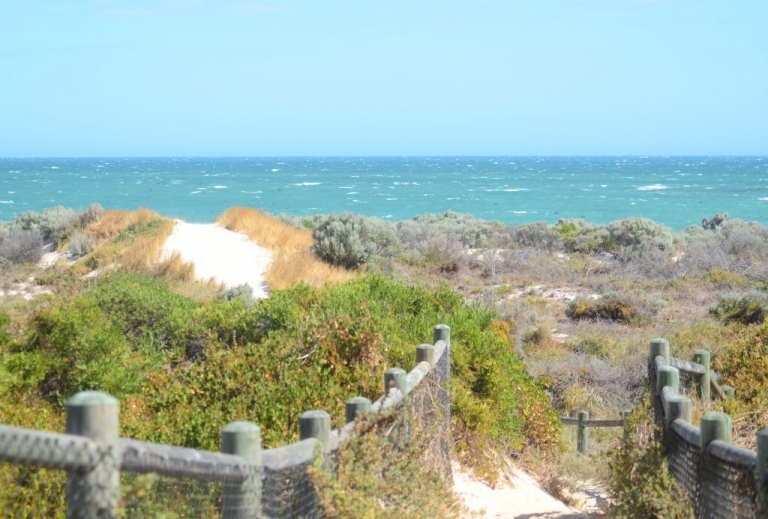 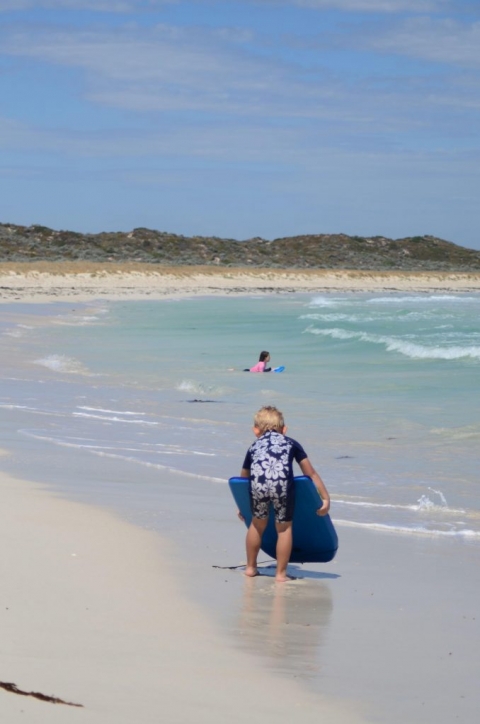 Just 25km north of Perth in this highly sought after residential area is the beach of Iluka.

Blink and you’ll miss the small car-park but after a short down-hill walk, you’ll see the coastal path and the rugged limestone cliffs.

This is a very small beach in comparison to the others around Perth but it is often overlooked. The beach has a small boardwalk at one end and is great for building sandcastles and having picnics. 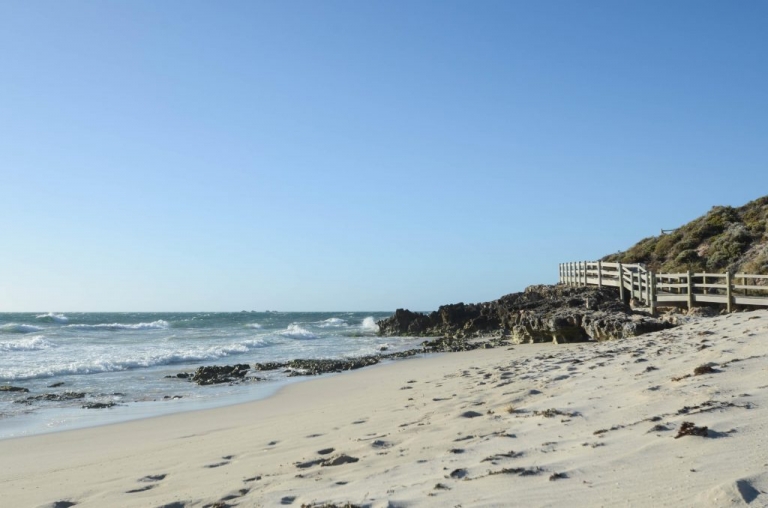 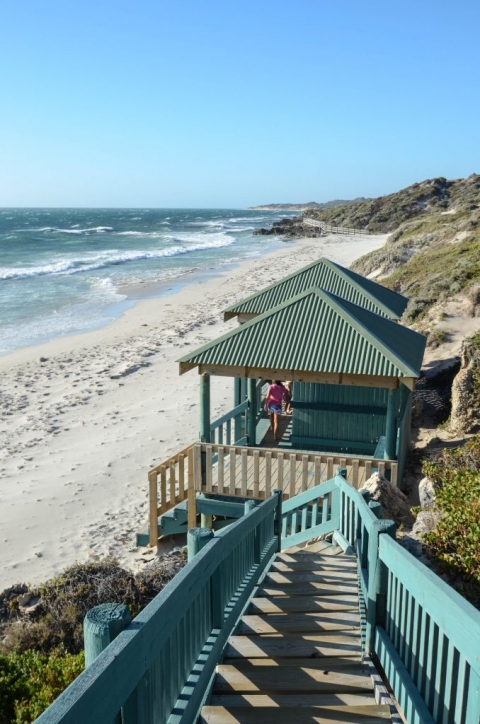 South of Dunsborough, nestled into the quiet banks of the Margaret River is the shallow and protected bay of Bunker beach.

Only slightly spoiled by the new addition of a holiday village, the beach is complemented by a world-class cafe, serving the most delicious salads (and other stuff).

In the winter this beach will be totally deserted and even at the height of the summer season, there’s plenty of room to find a quiet spot.

If Bunker’s Beach is too far away from Perth, head to Busselton Jetty. 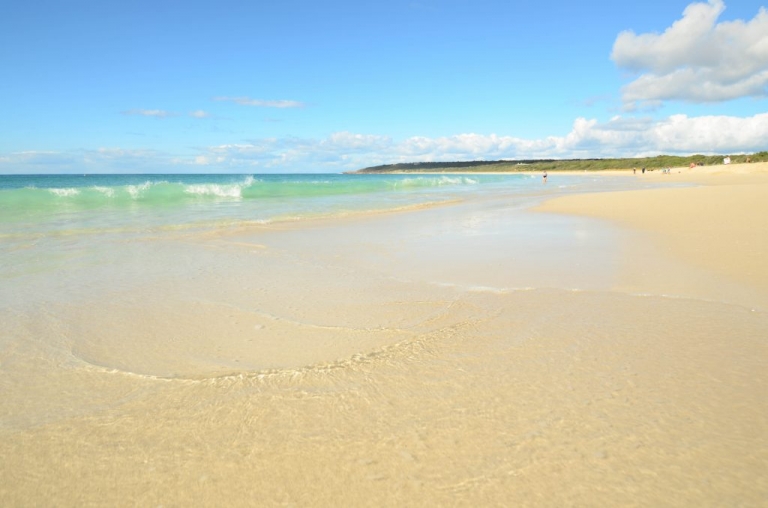 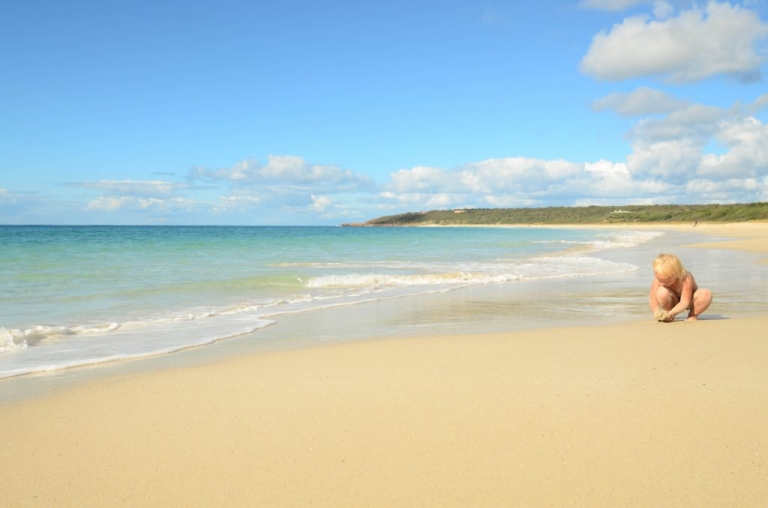 A seriously underrated beach, located in the Margaret River. A mix of sand, shingle and rocky pools at low tide makes this the perfect beach for families.

Whilst the waves pound the northern part of the beach, the southern part is protected by rocks and at low tide they provide a safe haven for kids to explore. 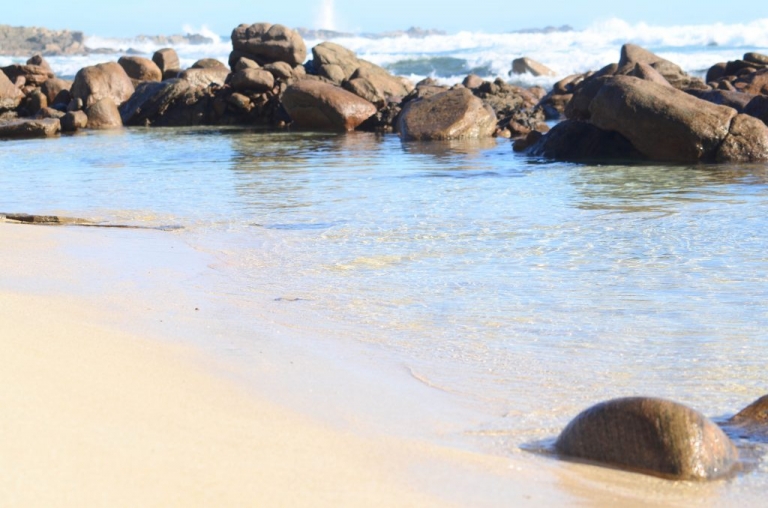 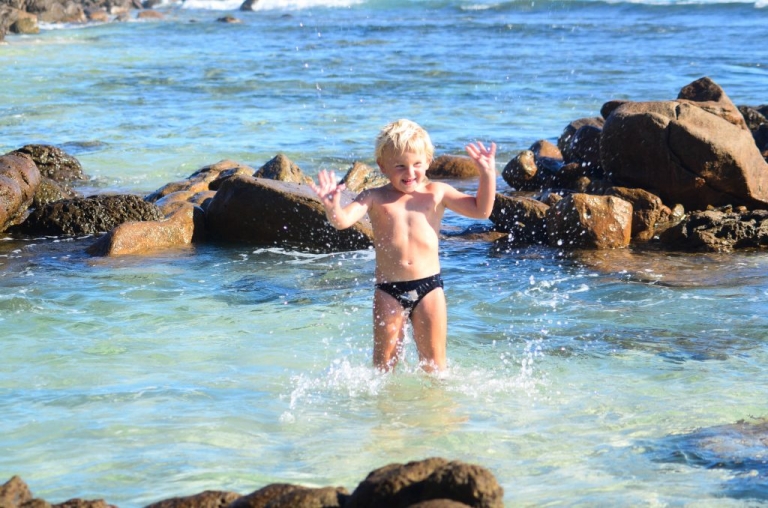 This photo was taken in winter and during the summer months it fills up with people flocking to the beach.  It can be very busy during the tourist season but less so during school weeks. 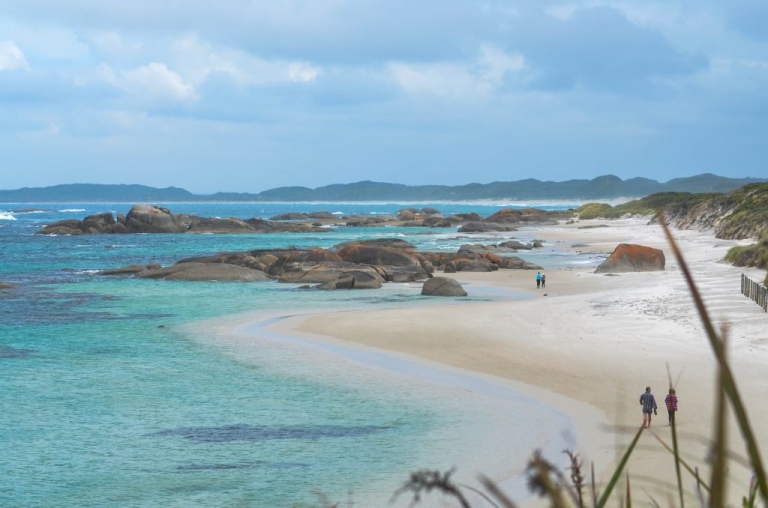 Down on the far south-western tip of WA sits Augusta. A sleepy little town comprising of 1200 residents about 4 hours from Perth.

In the winter the water is cold but still good for paddling. In the summer the temperature rises and so do the number of people – but not unnecessarily.

At low tide, rock pools become apparent and are a perfect addition to the crystal waters and white sand. The beach is protected, in a cove, from too much bad weather and the waves are gentle and lapping. 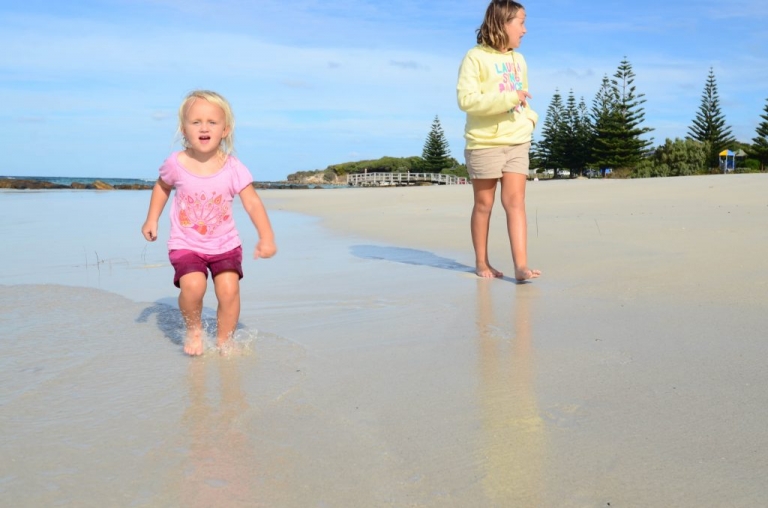 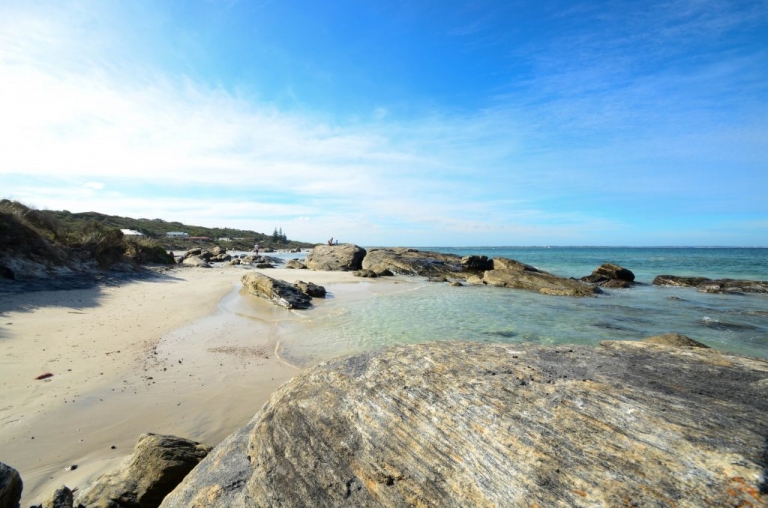 130km north of Perth on the amazing Indian Ocean Drive lies Lancelin. Another sleepy little community of about 600 people, swelling to 2,500 during peak tourist season.

Lancelin is close enough to Perth suburbs to leave early one morning and make as a full day trip. Regardless of the season, this beach doesn’t disappoint. It is usually warm in the winter and hot in the summer.  When the waves are big expect kitesurfers and windsurfers but there’s plenty of room for swimmers too.

Hope for some clouds and you’ll be rewarded with a spectacular sunset. 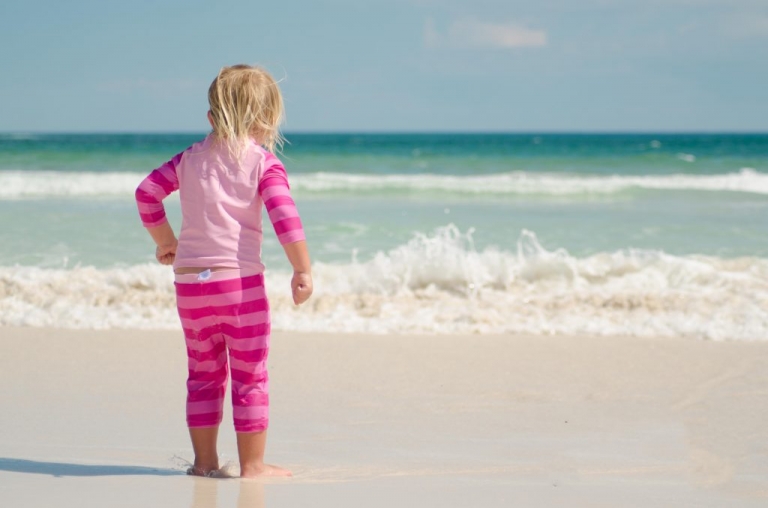 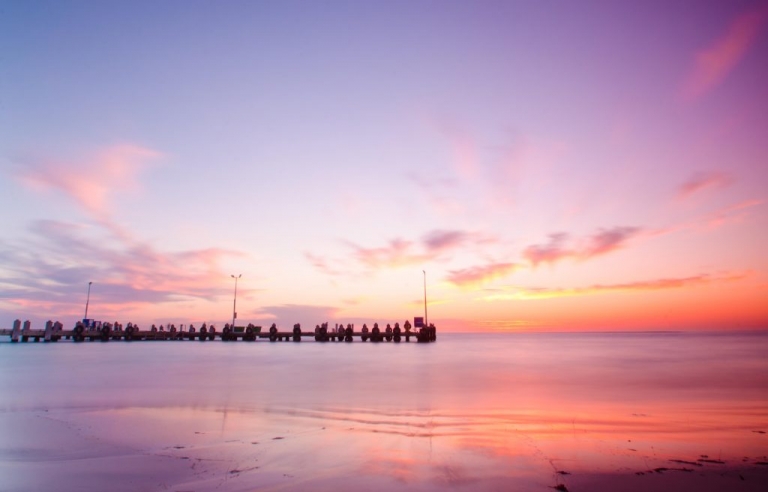 The warmth of the Indian Ocean hits you here, 220km north of Perth.  A part of WA’s coral coast, this beach is long and flat and white but has steep sandbanks to negotiate first. 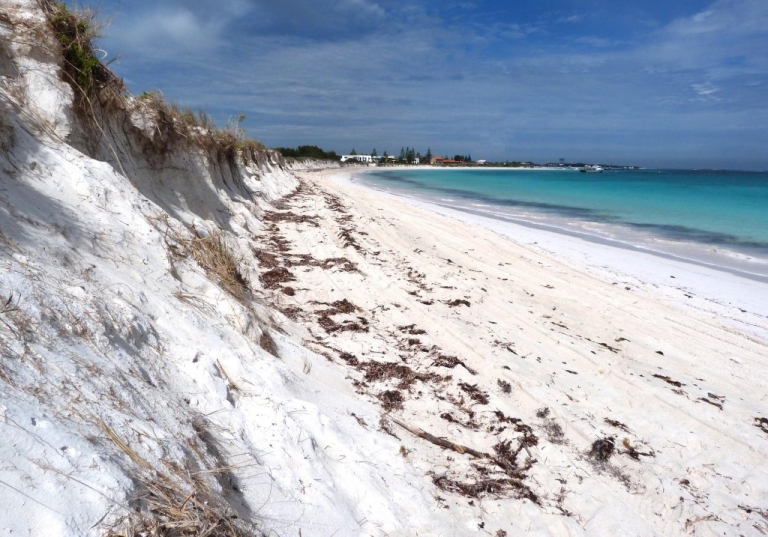 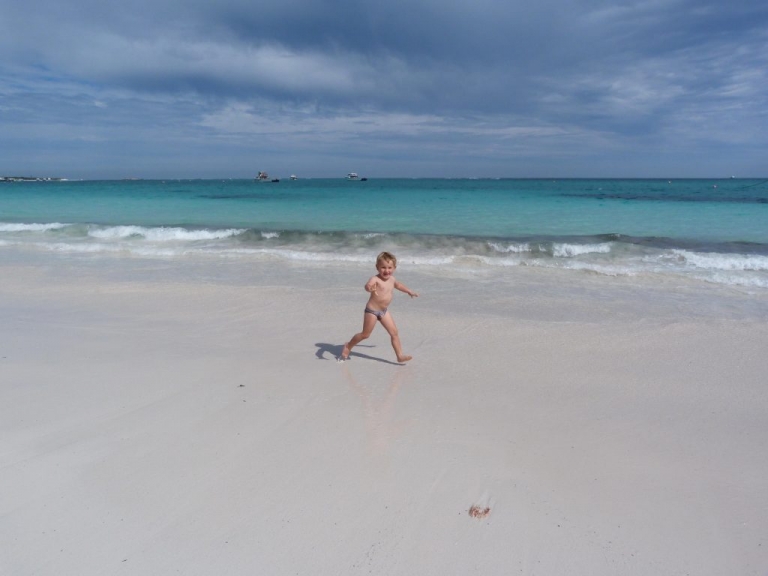 Another perfect little cove this time from Shark Bay, Denham.  A remote stretch of WA’s northern tip in the Francois Peron National Park.

Shallow and warm waters, these photos were taken in winter. Apply for a permit and you can camp the night here.

Perfect for canoeing and snorkelling and teeming with marine life. You can see more photos from Whalebone Beach. 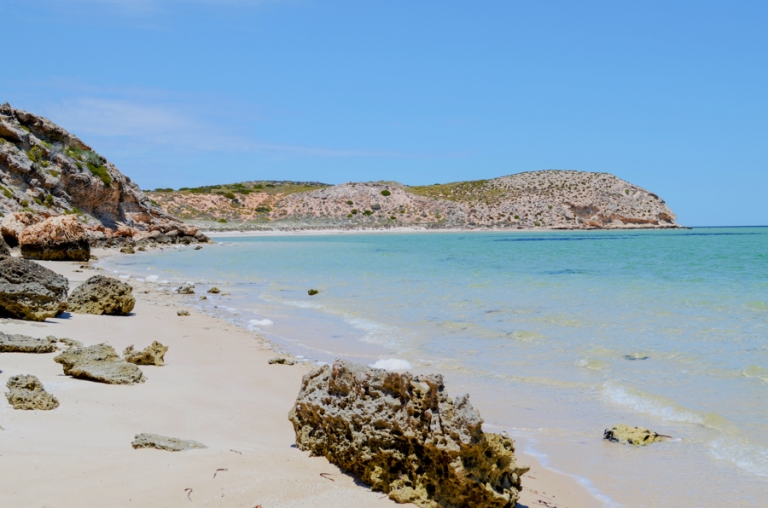 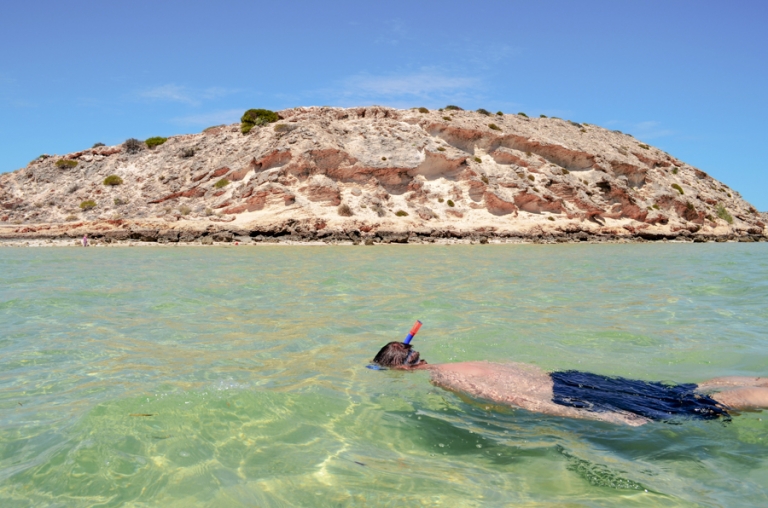 Rent a car in Australia and self-drive 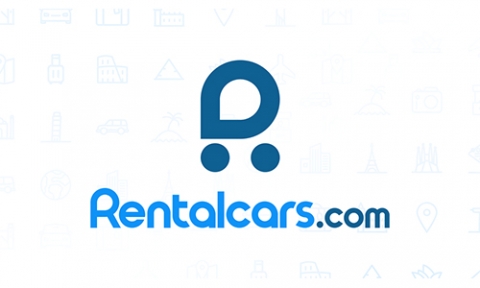 What Did You Think?

Did you like these beach recommendations for kids? How do our best beaches in Western Australia compare to yours? Leave us a comment below and let us know.

Get your cheap accommodation through Airbnb. Quality for less 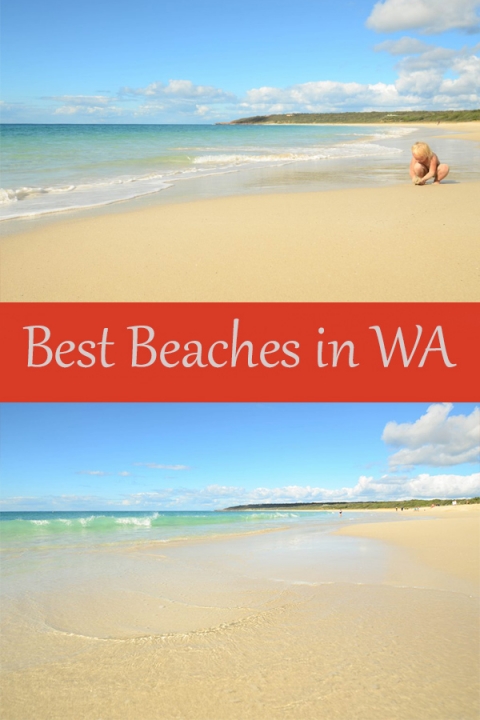