Floyen is a city mountain found in Bergen, south west Norway. It is home to the Floibanen Funicular which gives panoramic views over Bergen and a number of small hiking trails. This summer we spent a really nice half day catching the funicular up the mountain and hiking down. 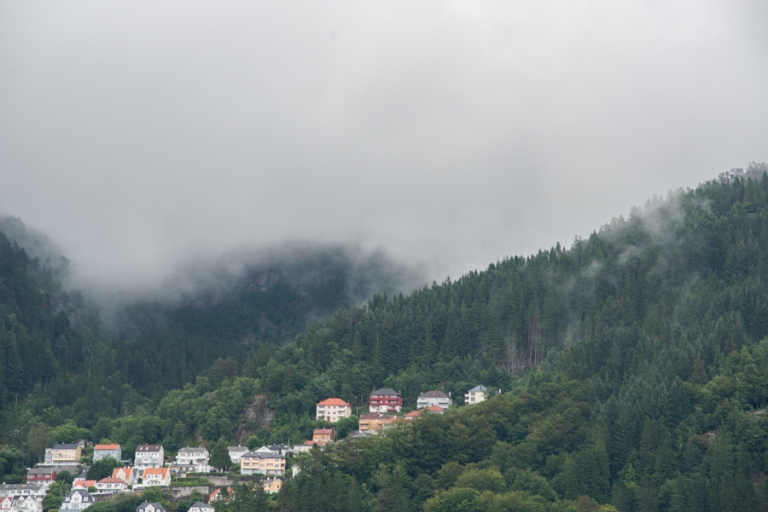 Floyen mountain where the clouds encapsulate it on a rolling basis.

In the interests of promoting peace we decided it was easiest to catch the funicular up the mountain. By this stage, we’d hiked twice in two days and our children weren’t necessarily in the best frame of mind when we suggested another one! On the other hand they were very excited about the train – especially as we could watch it from the kitchen window in our rental apartment in Bergen. 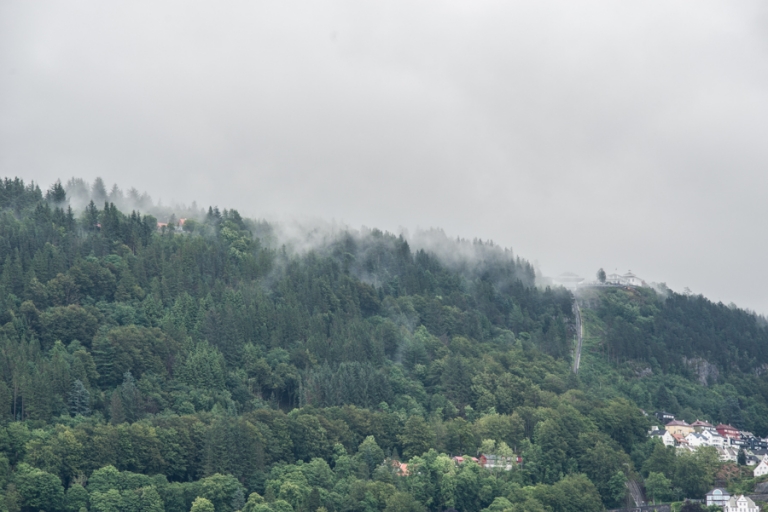 The view of Floyen from our apartment window.

Bergen is a hot spot for tourists; mostly large numbers of coach tours coming to visit the fish market and because of its proximity to the funicular there was a big queue. We decided to buy our tickets and just hang back and wait until we could grab a prime spot. We wanted that first seat in the train carriage!!

We visited Norway during the European summer holidays in July. The streets were busy, filled with bright colourful people from all over the world. If you’re looking for quiet experience, I’d definitely suggest going out of peak season. 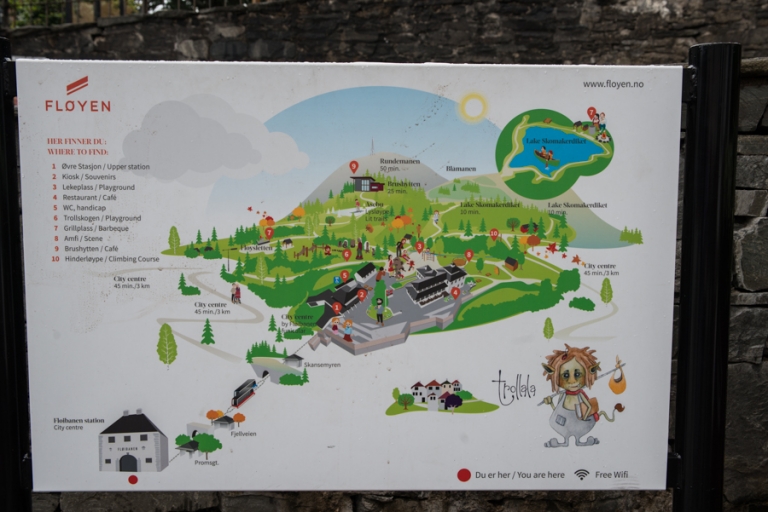 Prices can be found here. We paid  150.90NOK which is equivalent to about 16 euros.  It doesn’t take long to reach the top, probably 10 minutes maximum. This is the view from our window seat almost at the top. 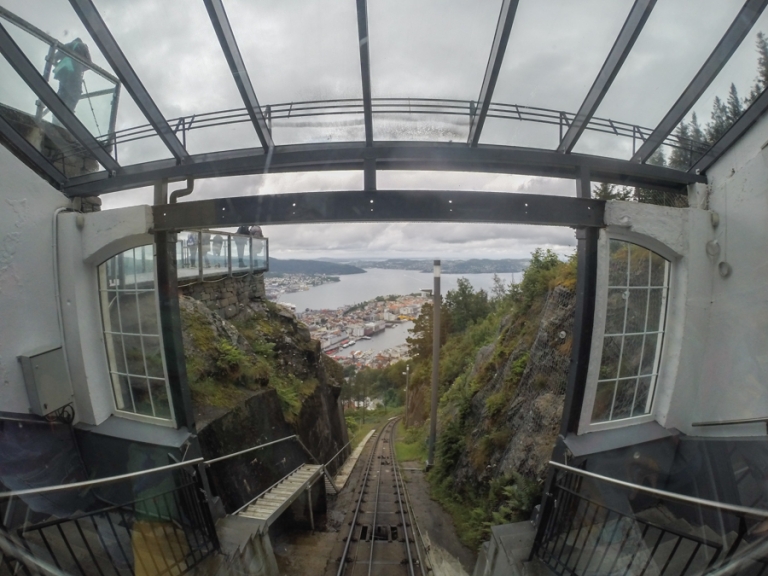 GoPro Hero 3+ shot of Bergen from the funicular.

I Only Have ONE Camera Photo

Foolishly I forgot to check my camera before I left the house. What an idiot I am and I didn’t take another battery so my beloved Nikon died.  The below shot is the ONLY camera shot I got. Taken with a Nikon D800.

Note: The Nikon was too heavy as a travel camera and I swapped it for a Fujifilm mirrorless XT2 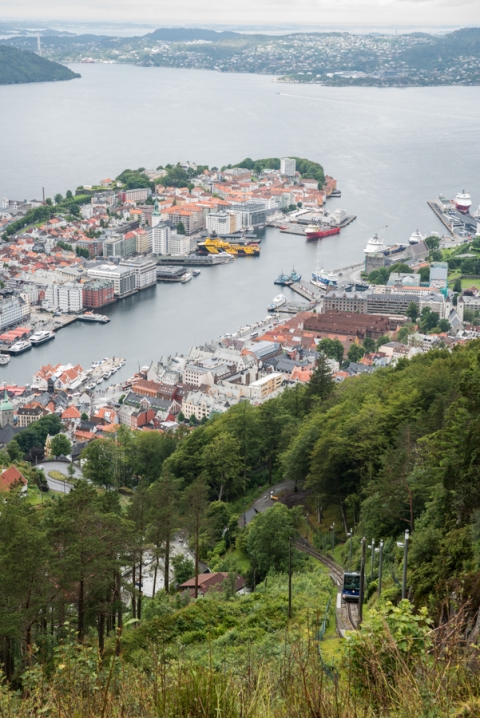 View of the funicular and Bergen from Floyen.

So I Had To Rely On The GoPro!

Thank goodness for my trusty old GoPro Hero 3+!! All photos from now taken with the GoPro.

Note: I also swapped this for a GoPro Hero 7. 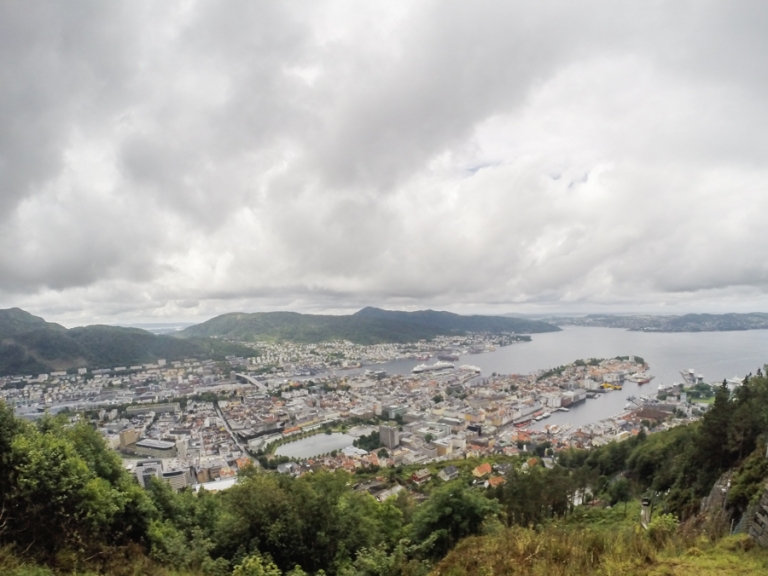 View of Bergen from Floyen. Taken with GoPro Hero 3+.

There Were Goats On Floyen Mountain

After admiring the view and the goats who were busy eating all the vegetation, we walked down the mountainside and headed for Bergen. It isn’t a challenging walk but there is a little bit of scrambling. It was perfect for tired legs that still needed to expend some energy!

Walking down the mountain 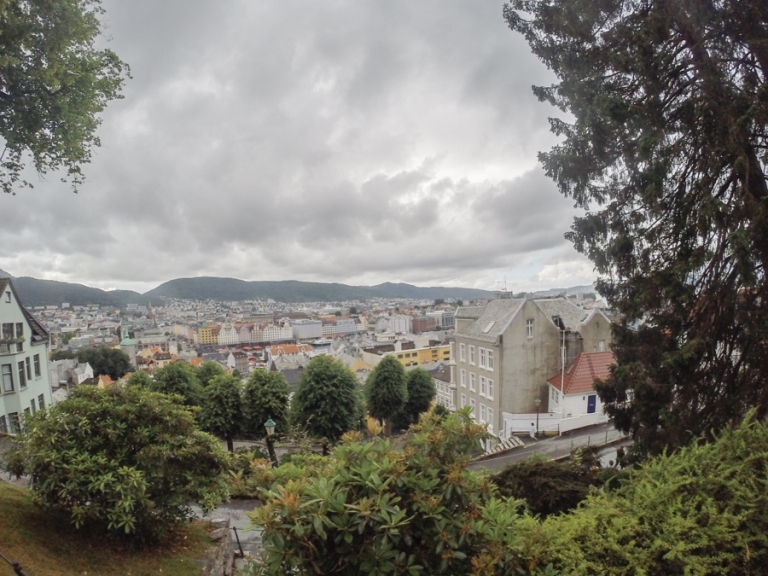 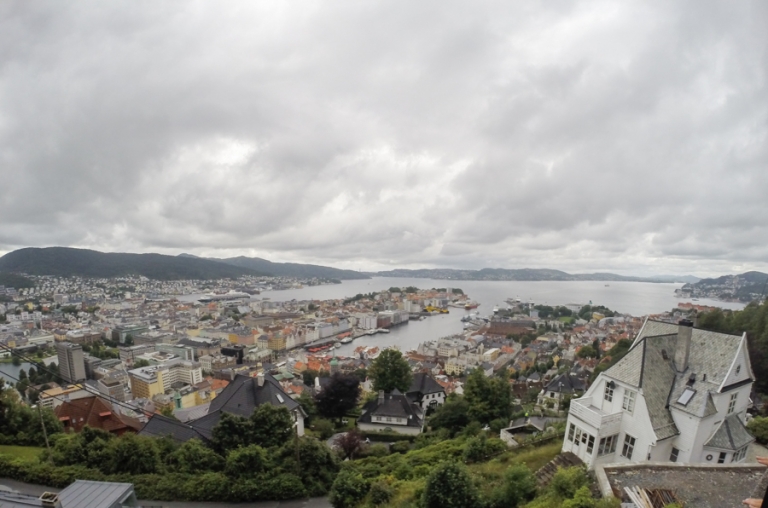 Where Could You Stay In Bergen?

You can use this map to search for local accommodation.  Another site that we book through is Hostel World where we book entire rooms for us all to share. We’ve had good experiences through them in both Jordan & Chicago.

What Else Could You Do Around Bergen?

Spread the love
12
Shares
12
Shares
Posted in Norway
« Preikestolen with kids: Hiking in the Rain
Renting A Shack At Ulvik Camping With Kids Norway »