Krupina is one of the oldest towns in Slovakia and written records indicate that it dates back to 1135 although archaeological digs report that tools from the bronze ages were found. Pretty much the only thing to do, aside from rent a teepee, is the Krupina watch tower. Here’s how you can visit and what to expect. 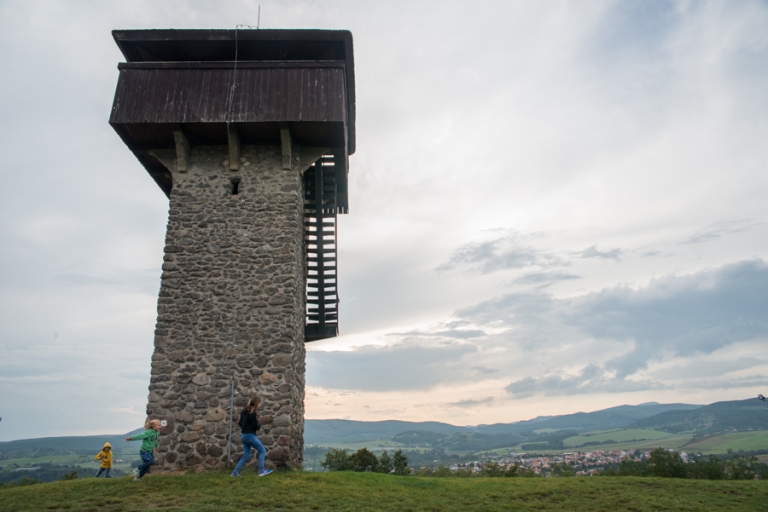 Playing chase around the tower

How To Find The Krupina Watchtower

We were told just to follow the signposts, however until we were quite close we didn’t see any sign posts. Never mind though as it’s really quite easy to get there.

Directions: With Tesco on your left, turn right onto Majersky rad. Carry on, going over the bridge and turn immediately right onto Dionyza Stura. Take the second turning on the left onto Tanistravár and follow the road until you get to the tower.

Where Can You Park

There’s an abundance of parking although it is mostly all on the grass.  The parking is free and it is open all year round, throughout the day and night.

There are also a large number of picnic tables for you to use as well as a fire pit, which we thought was great! 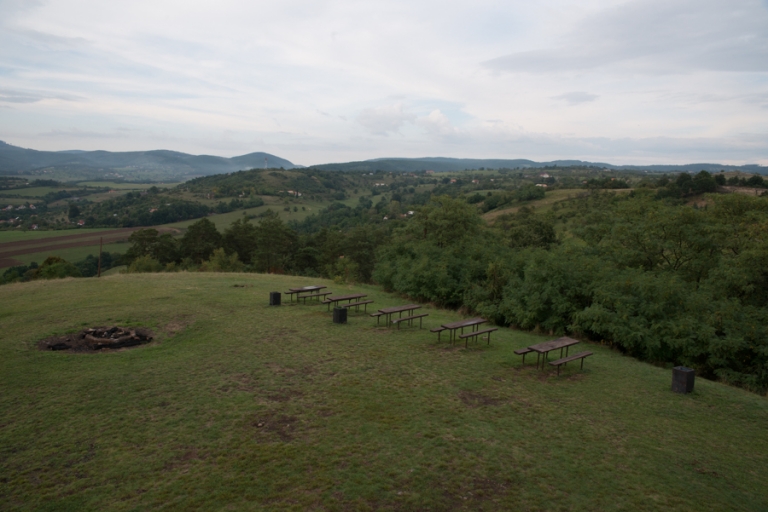 To understand the need for this tower (vartovka) we need to travel back in time to 1564 during the Hungarian-Ottoman war when The Turks repeatedly invaded Slovakia doing much damage. The watchtower was built between 1564 – 1571 to protect the city of Krupina and it belonged to the signaling and defense system of central Slovakia.

In 1663, the tower was captured by the Turks however in 1685 it was recaptured by the army of Charles Alexander of Lorraine. The Krupina Watch Tower was used until the beginning of the 18th century when it then became abandoned. 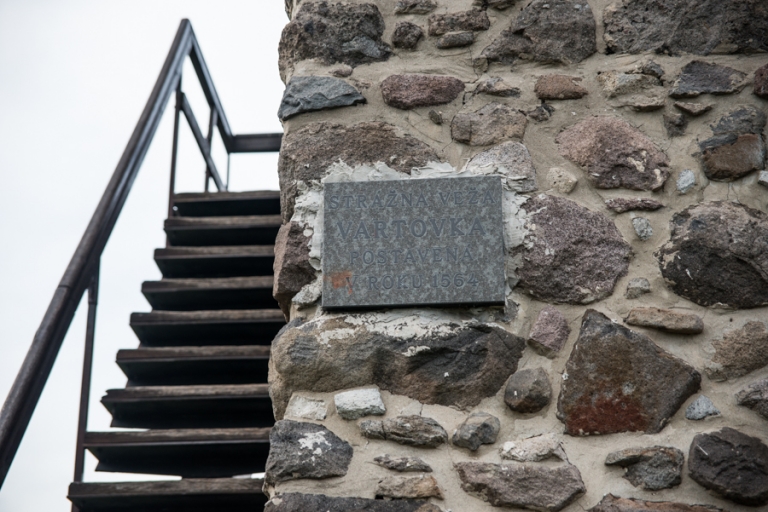 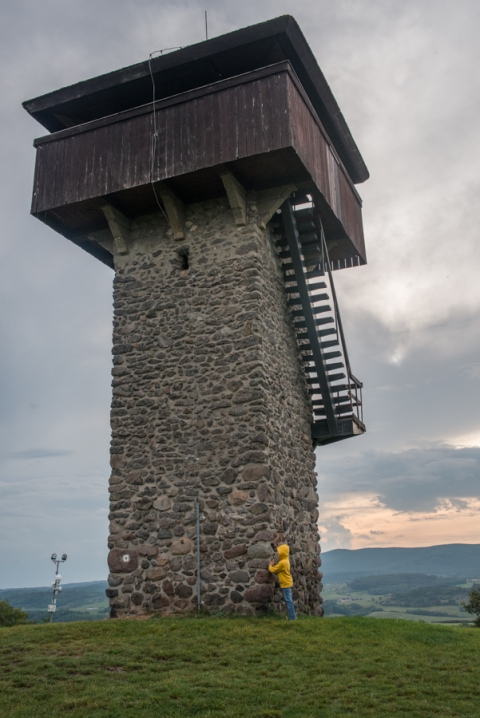 Our son playing hide and seek around the tower

How Big Is The Krupina Watchtower

The tower is 13 meters high and stands on an already elevated hill of 250 meters giving it an impressive position above the town.  The entrance to the tower was originally located in the upper part of the tower and was only accessible by a wooden ladder.

Among the few watchtowers from this epoch located in Slovakia, it is the only one that has survived in its original state. 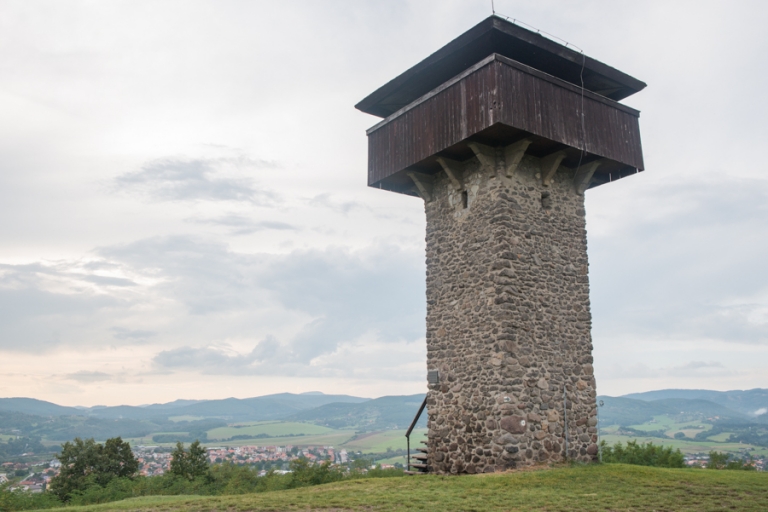 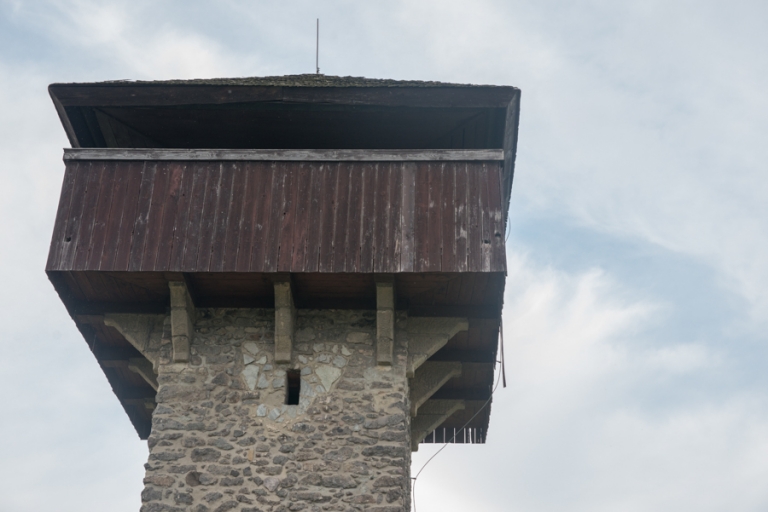 The wooden steps up to the tower are incredibly steep and narrow and there are two sets of them. All I can say is, people back them must have had tiny feet!!

Our kids climbed the tower well and quickly – given their pixie feet – however when we reached the top we realised that they couldn’t see anything. The viewing ledge is about 1.3-1.4m high and they needed me to pick them up so they could see.

They got bored of the actual tower pretty quickly but they had a great time running around the base of it playing tag and hide and seek. 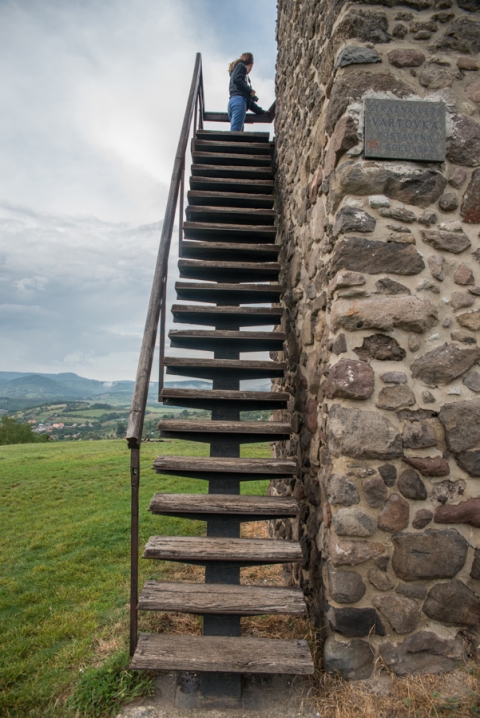 The first set of steps at the Krupina Watch Tower 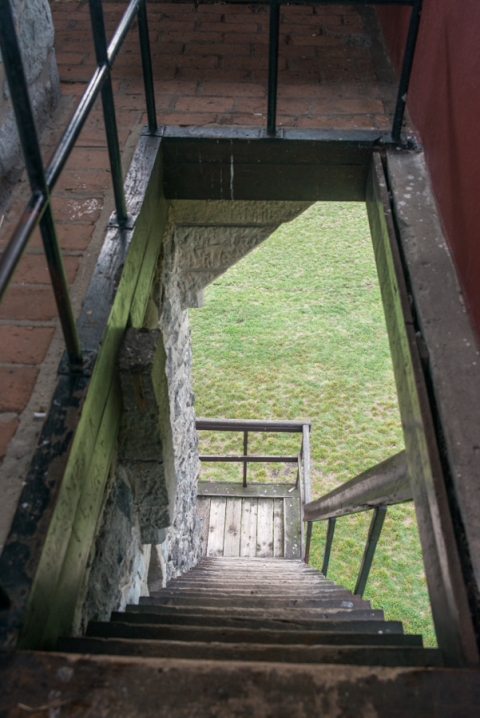 Looking down the second set of steps 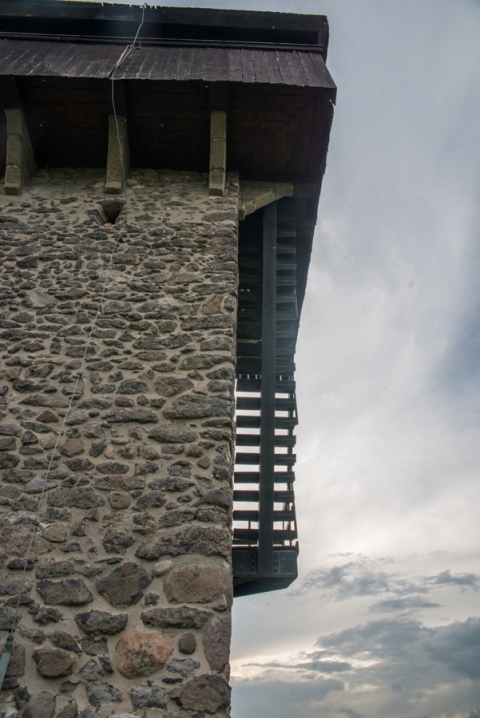 Looking up from the ground at the second level of steps

The view over Krupina is spectacular. We went as the sun was setting and although it was quite a cloudy day, it didn’t inhibit the view.   It would be cool to go back here on a clear night and see what sorts of stars you could see. 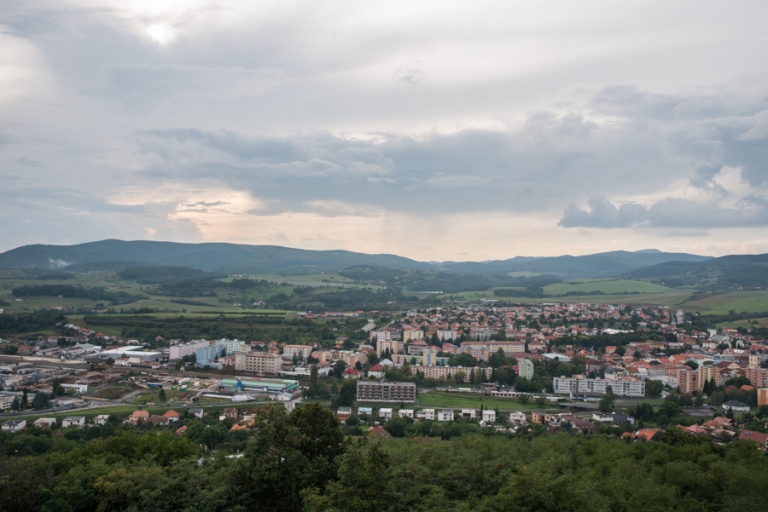 The view from the tower 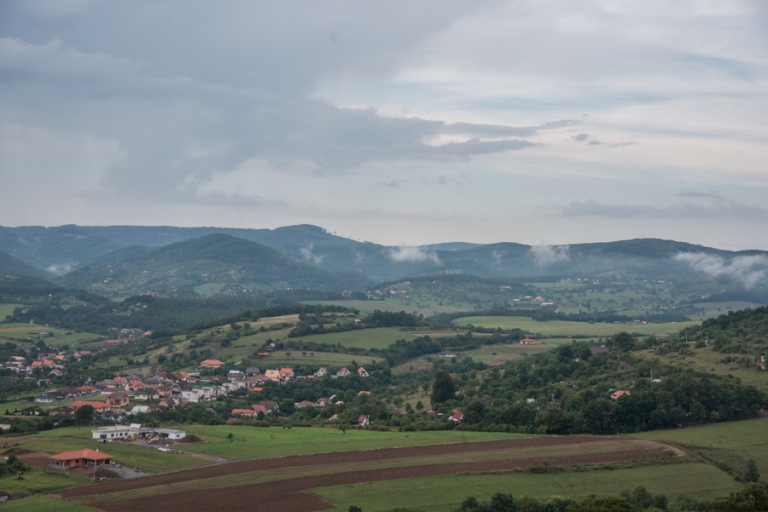 The view from the tower

Where Could You Stay In Krupina?

You can use this interactive map from Booking to find cheap accommodation.


Where Else Could You Visit?

Spread the love
Posted in Slovakia
« What To Do In Ljubljana In The Rain With Kids? A Ljubljana Boat Cruise!
OMG! We lived in a Tepee for 3 weeks. Slovakia »