You MUST Visit The Iconic Busselton Jetty In Western Australia

Back in 2011 we sold our house, packed up our possessions and flew down under to experience living life in Western Australia. The Busselton Jetty is just a few hours south of Perth and we think you should visit it. Here’s why. 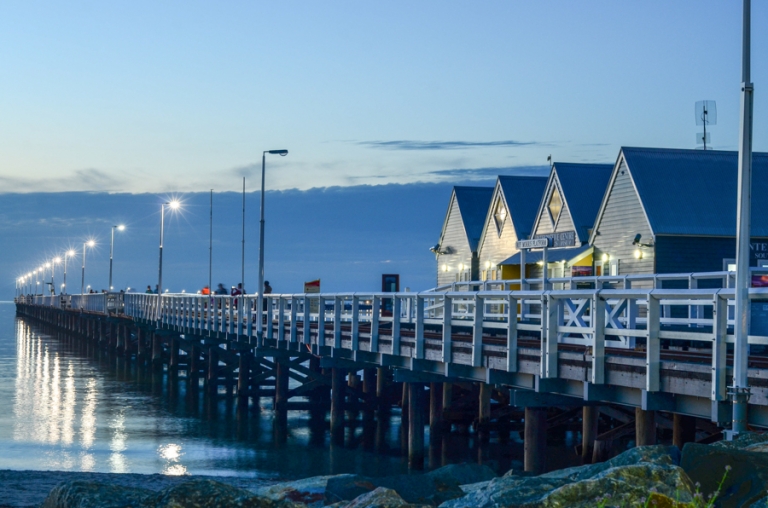 The jetty at dusk

Where Is This Jetty?

Busselton is 224km and nearly two and a half hours south of Perth. It’s the gateway to the Margaret River and Western Australia’s south-west which is spectacular!

Busselton Jetty is THE Iconic Landmark Of Western Australia

The Busselton Jetty is an iconic bit of architecture to Western Australia. There can be nobody in and around Perth and the south-west who hasn’t been to it and I’m not joking!

Unlike European countries, Australia’s history doesn’t revolve around architecture. Although Aboriginal mobs were nomadic, they were some of the first architects in the world. However unlike bricks and mortar, Aboriginal structures were frequently able to be moved.

For this reason, Western Australia (which ranges from dry desert in the east to rugged but sandy coast on the west and from the two season coast in the north to wet, lush and green coast in the south) doesn’t have many iconic buildings. The Busselton Jetty (Geographe Bay) was the first real holiday destination to be built in Western Australia and kids have been having holidays there since they can remember! So when I said there could be nobody within Perth who didn’t know it, I wasn’t joking. 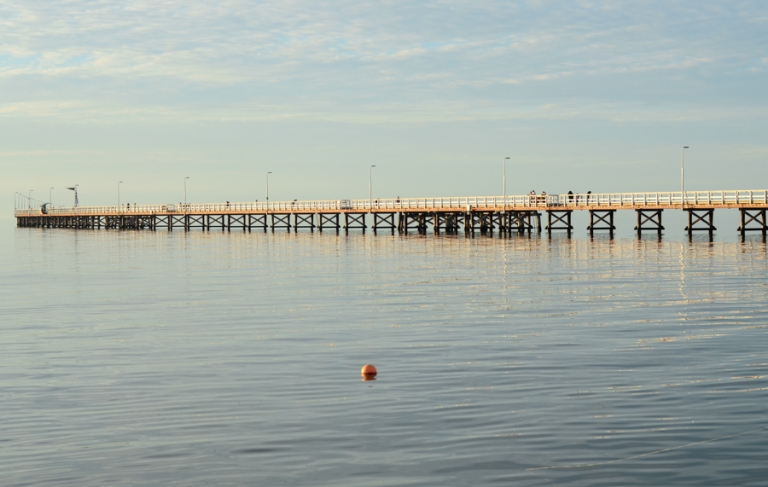 The jetty at sunset

What To Expect From Your Visit To The Jetty

This jetty was the first to be built in Australia in 1853 and remains the longest in the world at 1841 m.  It has survived cyclones, rot, being burnt down and even the threat of closure.

The jetty is very significant to us as a family and holds a special place in our hearts; it was our first holiday in Western Australia and subsequently is where our eldest daughter learnt to scuba dive.

The jetty is open twenty-four hours a day for walking on and is a frequent spot for fishermen, day and night.  There is a variety of marine and wildlife all around the waters and dolphins are a common sighting. One night we were sat on a floating pier close by and a female dolphin and her calf came up to see what we were up to. 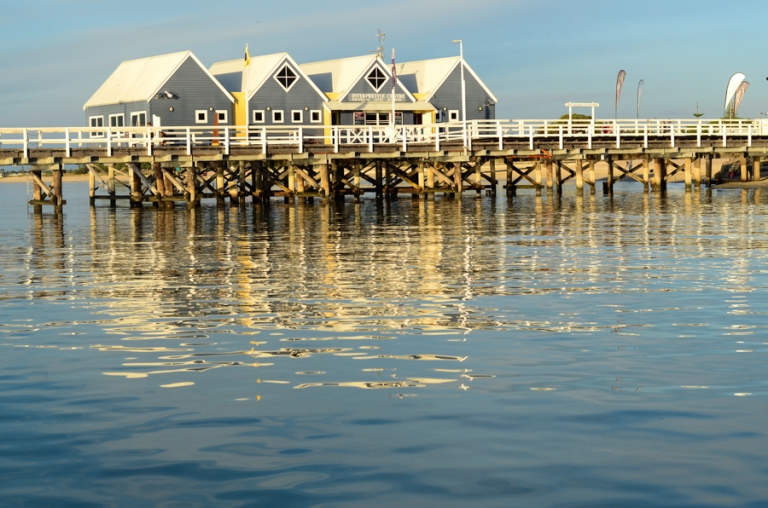 There’s Even A Jetty Train!

The train is quite a new addition, in comparison to the jetty, and was opened in 2003.

When we first visited our two younger kids were quite small and couldn’t always manage the entire 1.6km walk there and back. We would pay for the train one way and walk back the other. It leaves very regularly and costs just a few dollars. As it makes its way up the jetty, you can wave to the walkers and familes who are fishing which makes it fun for smaller kids. 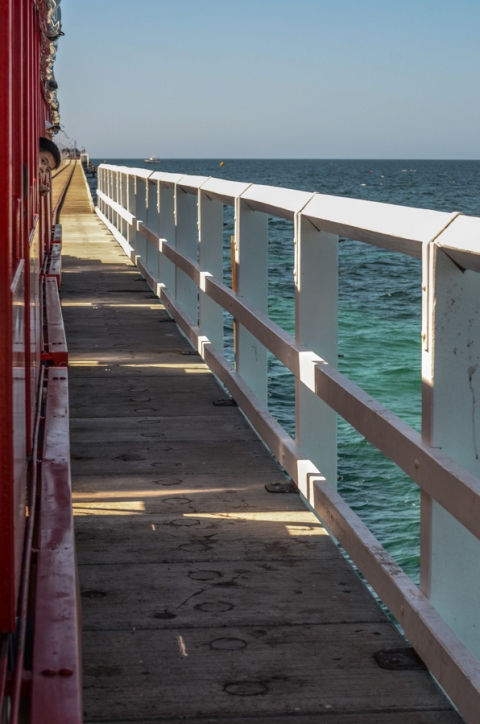 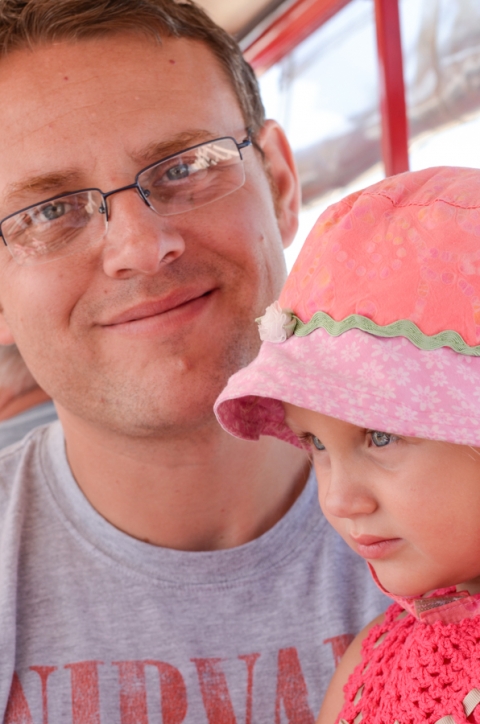 Oh how small they were. 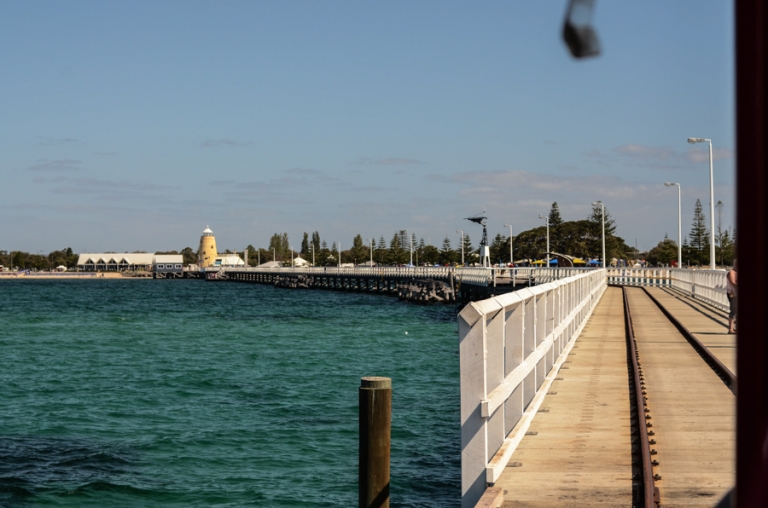 Taking Photos On The Train Tracks

Even if you don’t walk the length of the pier, the train tracks that run almost its entire length make great holiday photos. It is hard to believe that our kids were once this small!?

Nearly the entire length of the jetty, you’re able to walk in, jump over and even sit on the lines. The jetty is littered with people fishing and most have buckets where you can see what they’ve caught. Even for us vegans, it’s interesting to see the array of life in the waters. 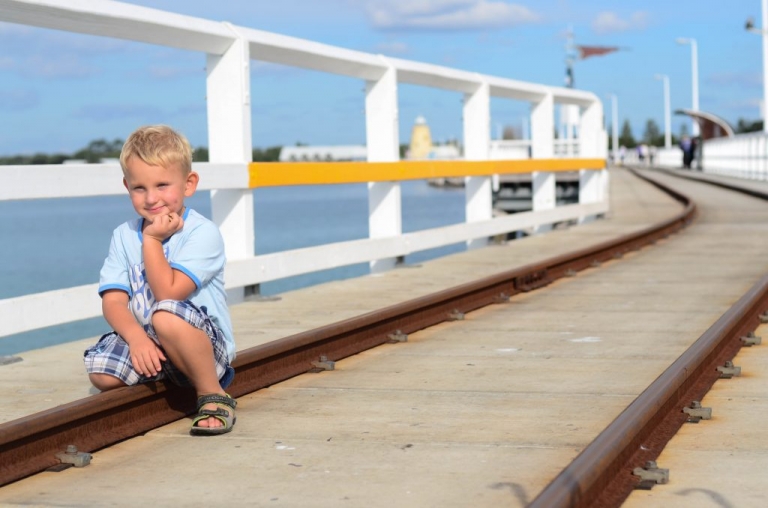 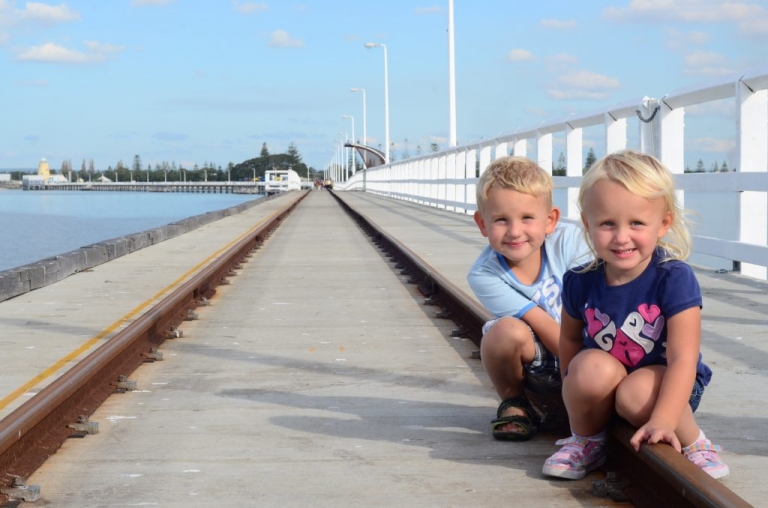 How cute they were back then.

In 2003 the underwater observatory, which sits at the end of the pier, was opened.  You can pay to walk eight metres below the sea and watch corals, fish, crabs and scuba divers from the massive glass windows.

If you have this option, I’d really recommend it. It is far better than any man-made aquarium that imprisons creatures. Sometimes you can see entire shoals of hundreds of fish swimming past. It’s really fascinating. 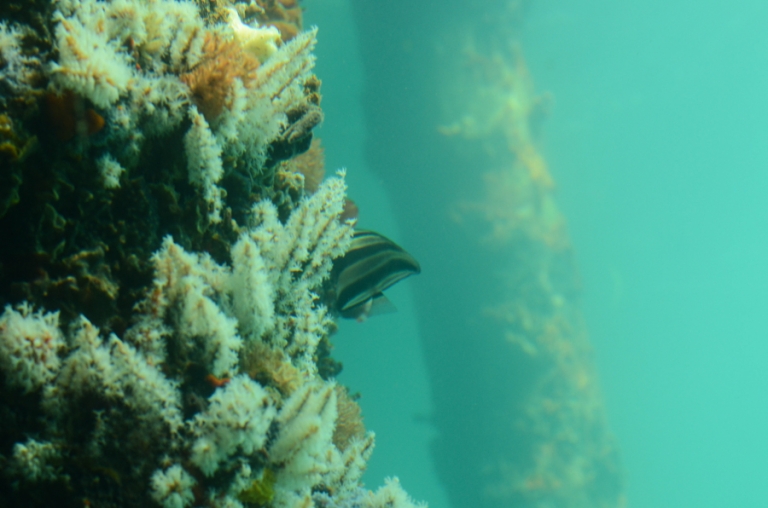 Fish under the jetty 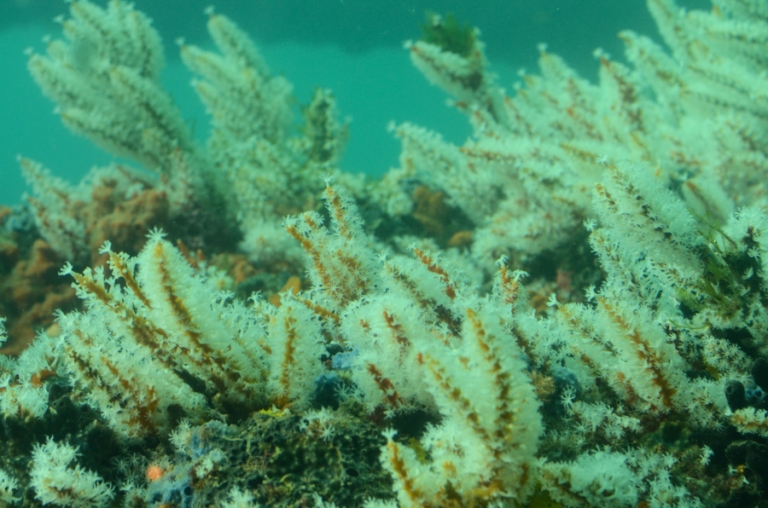 The view from under the jetty 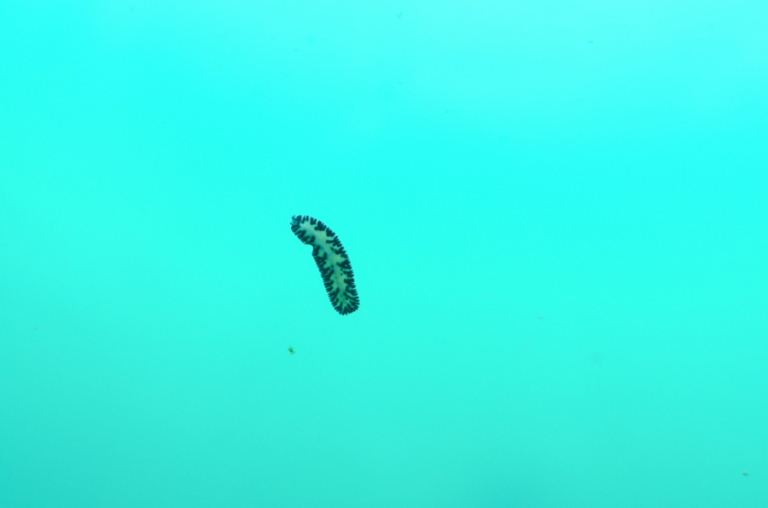 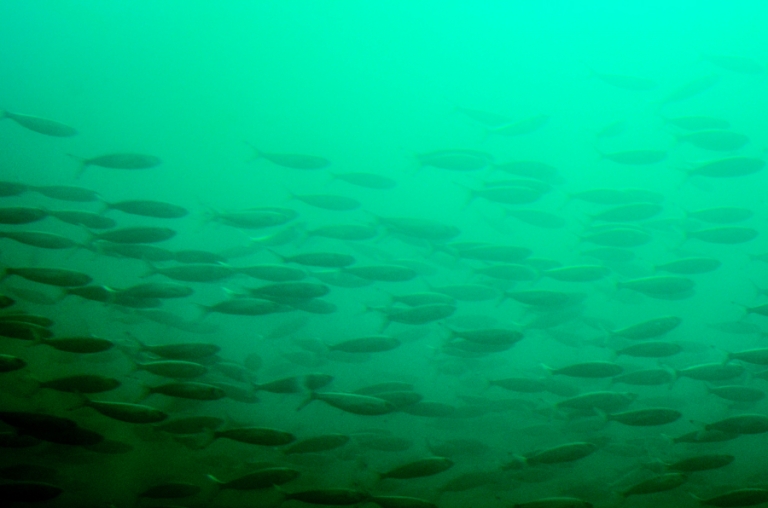 Fish from the jetty 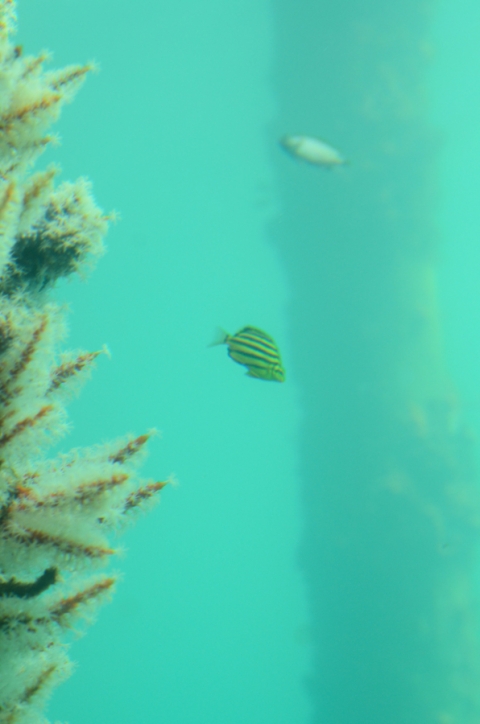 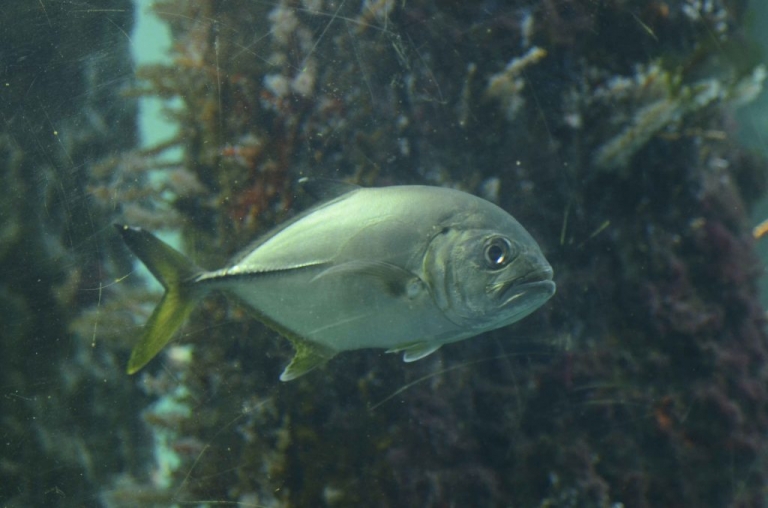 Fish under the jetty from the viewing glass

The Jetty Is Surrounded By Beaches

The jetty is surrounded on both sides by beautiful white-sand beaches and crystal clear, shallow water.

Geographe Bay doesn’t usually get huge waves and unless you’re swimming the entire distance of the jetty, rips are not that common. We were very happy to let our kids play around in the water with minimal supervision.

The beach to the right of the jetty (stand facing the jetty) is the quietest and you can walk for miles up the beach or potter around on the shore line. We really loved it there. 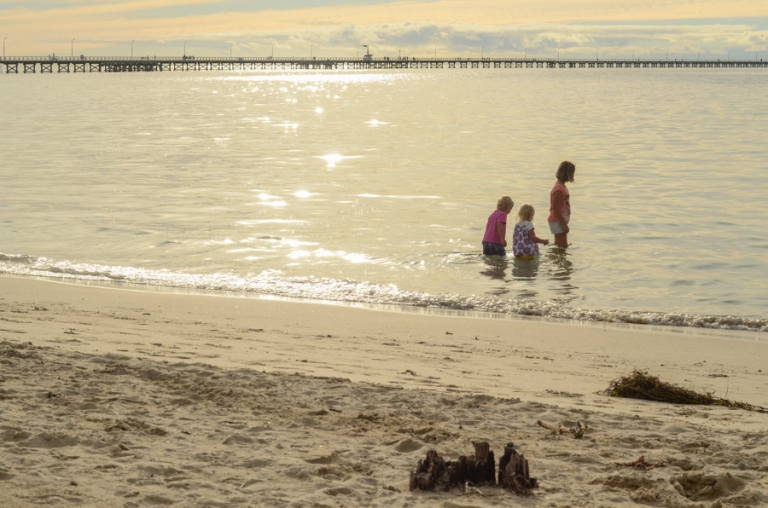 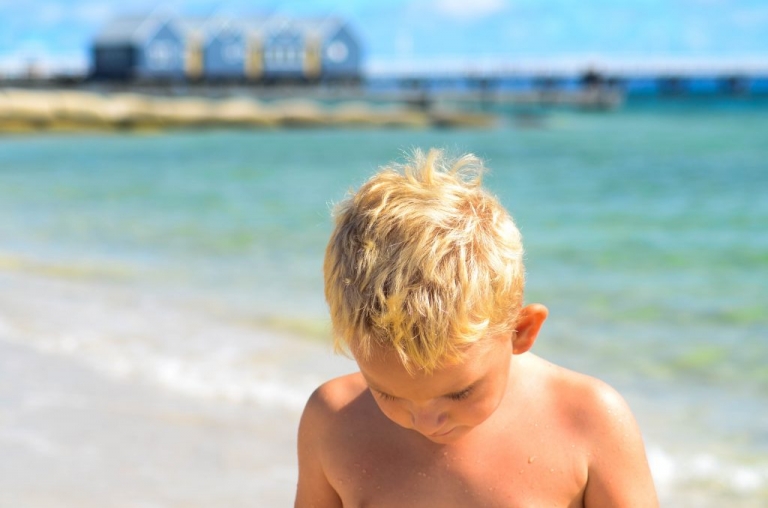 Our boy with his blonde locks 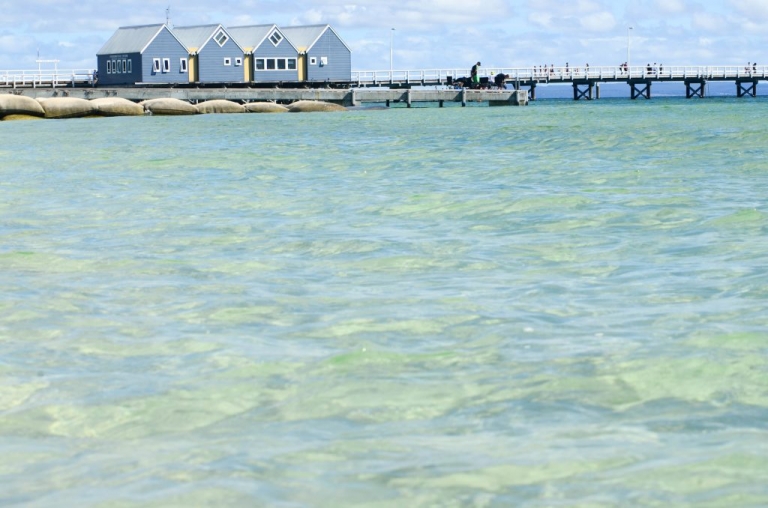 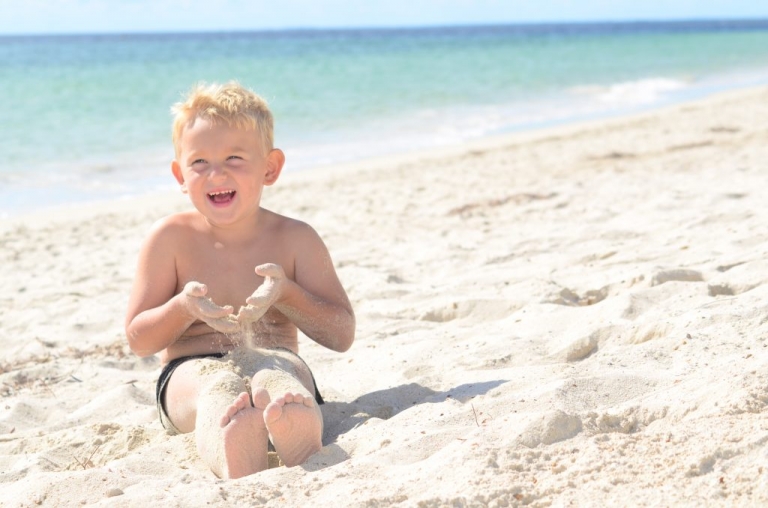 Playing with the sand.

Where Could You Stay In Busselton?

The metadata on some of these photos says that they were taken in November 2012. Sometimes it feels like yesterday that we were hitting the freeway south of Perth and driving down. We used to have an old campervan and camped in Busselton regularly.

You can use this interactive map to search for cheap accommodation in and around Busselton.

Have we convinced you to visit the iconic Busselton Jetty? Add this post to your Pinterest board with the image below.

What else can you do in Australia?

We spent nearly four years in Australia, have a look at our other posts and see what else you can do.

Spread the love
Posted in Western Australia
« Climbing the UFO Tower Bratislava With Kids
Road Trip With Kids? How to Prepare »