If you’re looking for an off the beaten track Norway adventure, this post is all about hiking up Tveitaelva Waterfall and how you can too from the tiny island of Stord in Norway. 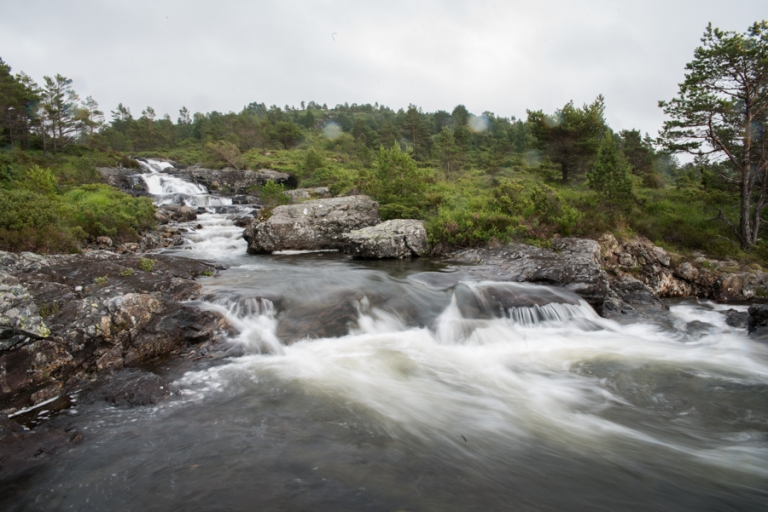 Where To Find Tveitaelva Waterfall in Stord

To break up our journey from Stavanger to Bergen we decided to stay over on the island of Stord. It is one of four small islands on the south-west coast of Norway and it is often called “Norway in miniature” since it has such a variety of landscapes in a small area.

Like most of Norway, Stord it is steeped in history and can be dated back to the Stone Ages where it was a key contest in the battle between Denmark and Norway to reign the area.  The island is roughly 26km long so if you were a good hiker and up for a challenge, you could easily cover a good proportion of it in a short space of time.

Travelling from Stavanger we caught a ferry from Nordre Rennesøy to Arsvågen Kro which cost about 450NOK.  We then island-hopped to Stord. One of the things that impressed me so much about Norway was the quality of its roads and bridges.

The suspension bridge that crosses the Digernessundet strait is a kilometre long.

We parked at Dalshaugane (where the big P is) and although there are a number of set walks around Botnavatnet mountain and the waterfall of Tveitaelva, we only followed one for a short space of time and decided to cut straight up the mountain to see if we could get some shots of the actual waterfall.

Our plan was to straddle the waterfall and then continue up to Botnavatnet Lake at the top of the mountain. Just after we left a few spots of rain started to pitter-patter on our cagoules but this is Norway and it is prone to temperamental weather so we continued walking… 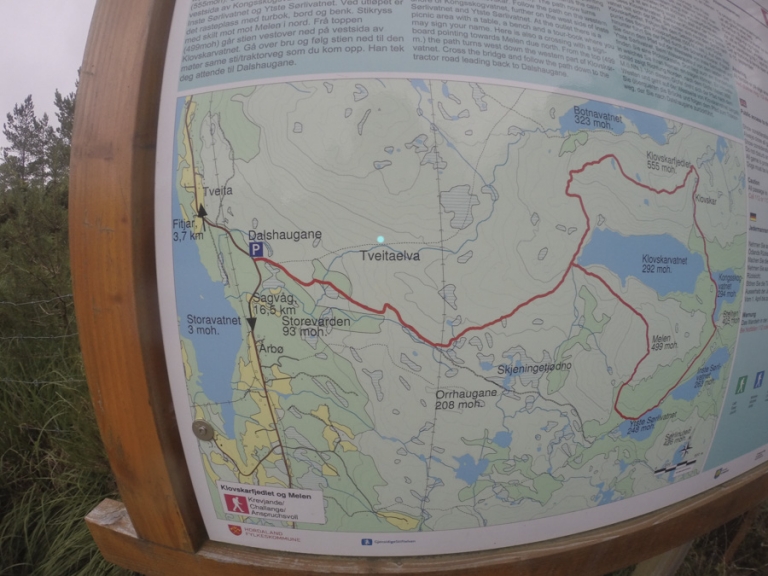 The turquoise dot marks where we straddled the waterfall.

Hiking On Botnavatnet With Kids

Hiking the mountain was easy but it was REALLY boggy. There was a lot of groundwater. Of course, this didn’t deter our littlest explorers who ran off, squelching their way through the mud in excitement. It was just me, looking at their extremely muddy boots, pondering “how will we get those clean and back in the car?”.

After a short distance, you have the option to cross the river on a bridge and follow the red route up to Klovskarvatnet. The river here is quite wide but still fast flowing. I am told that in the winter it freezes entirely and you can toboggan down it. 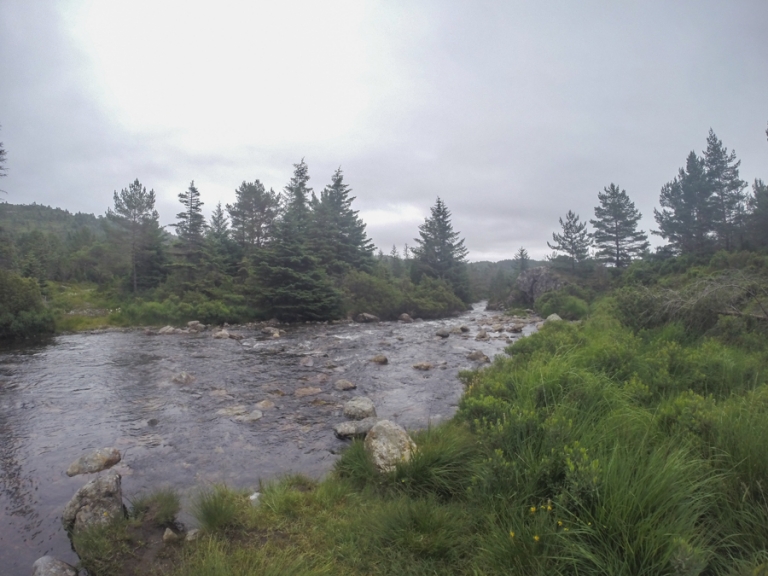 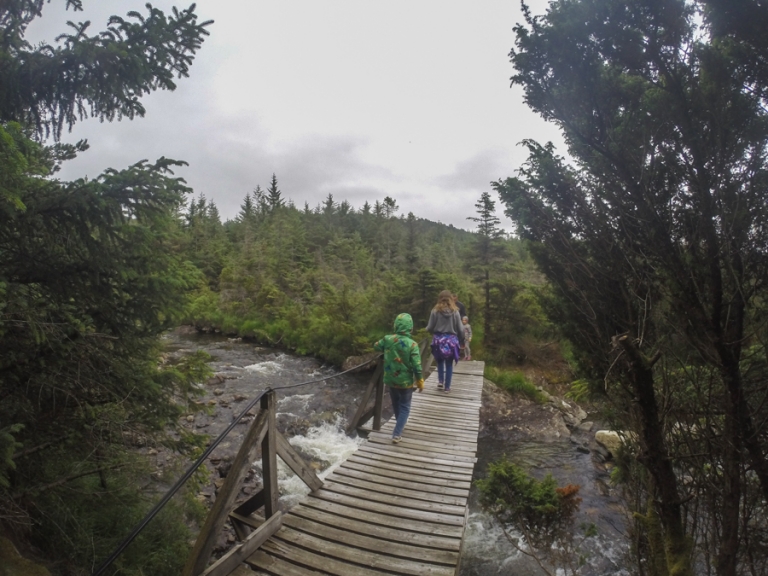 Crossing the river to have a look

Hiking Up To The Waterfall

Hiking up is not very strenuous. It is steep in some parts but really nothing major. I’d guess you probably climb 50-70m at the most although the ground was bogged, there was stepping stones and gorse in places. 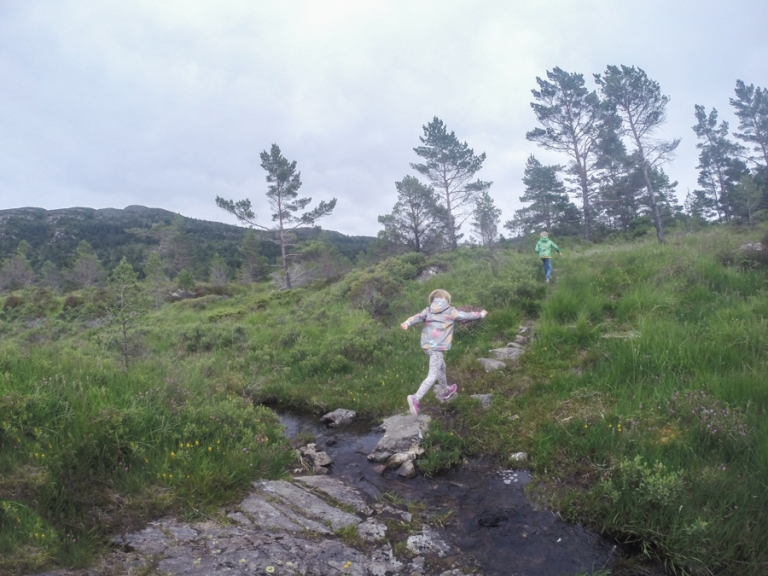 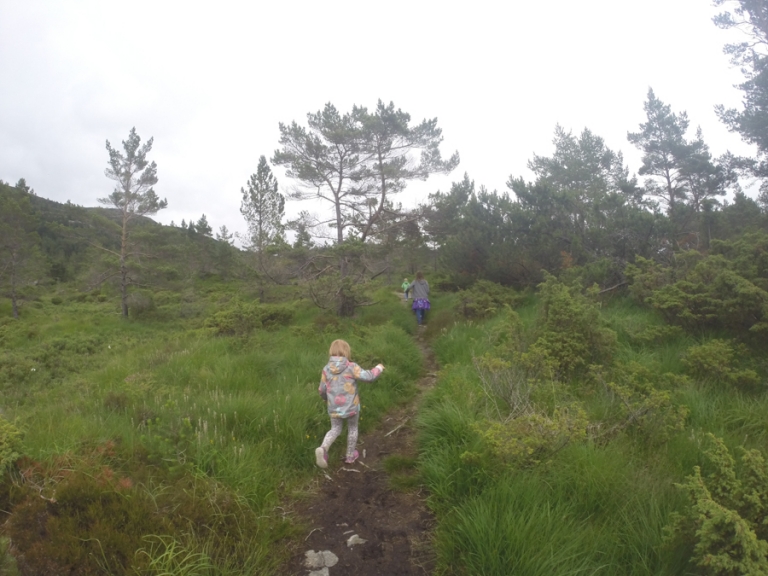 Walking up the path 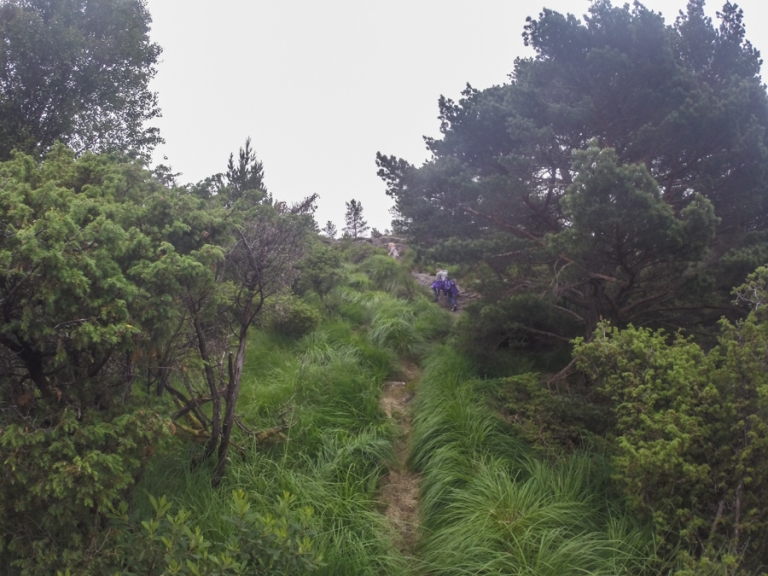 The Biggest Problem We Faced?

The biggest problem we faced on the way up was the amount of groundwater and our inappropriate shoes.

If you’re going to Norway, I would definitely recommend some waterproof shoes and clothes. Even though we visited in July and August, the weather was temporarily bad. There was lots of cloud coverage and the odd downpour to content with. 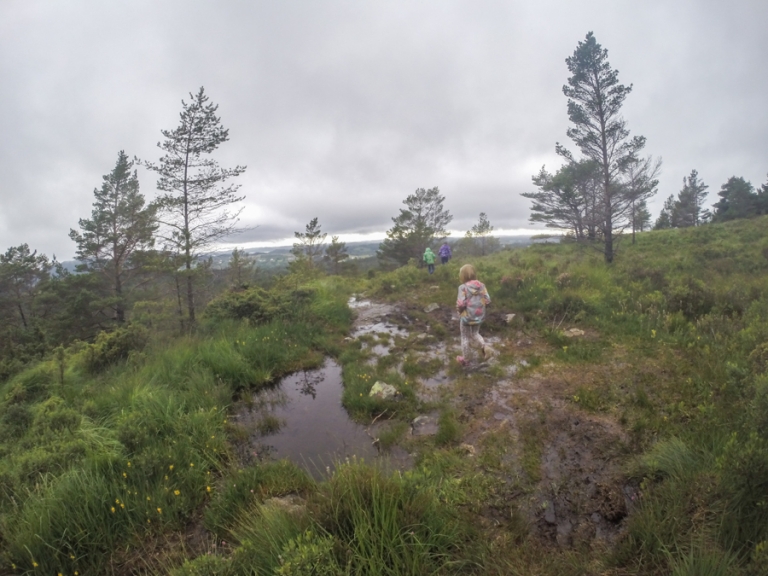 It probably took us about 20 minutes to reach the waterfall. It is slightly off the pathway and of course, it’s very wet but don’t let that deter you!

Despite the overwhelming noise it produces it is a small waterfall and the drop is only a few metres. I have read that at it’s height in spring, the force of the flow can whisk people easily off their feet. 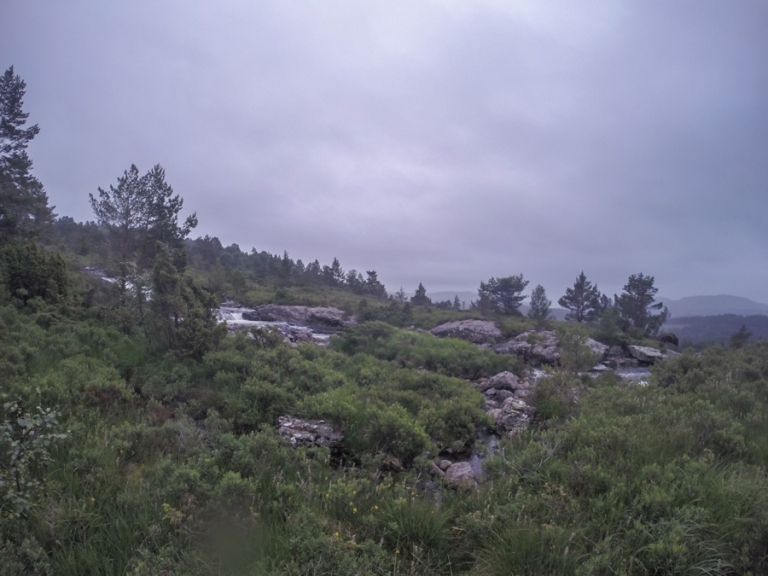 Crossing the bracken and bog to get to the waterfall 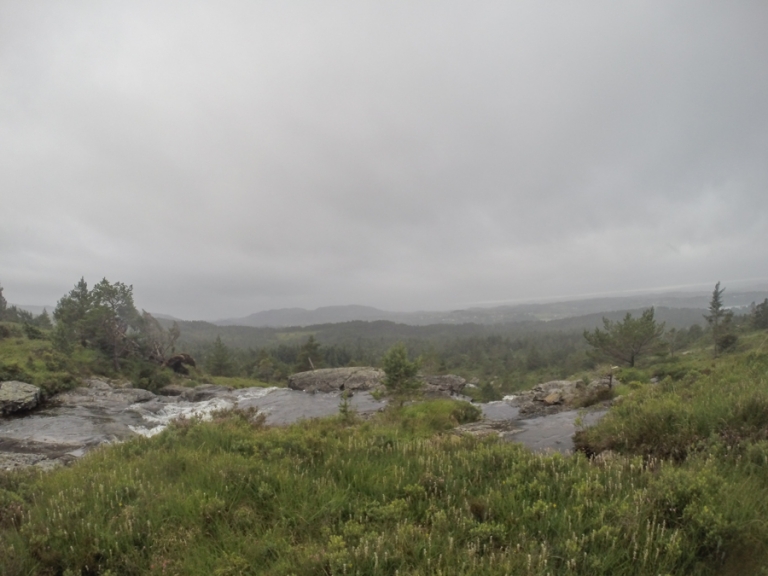 Looking down over the waterfall 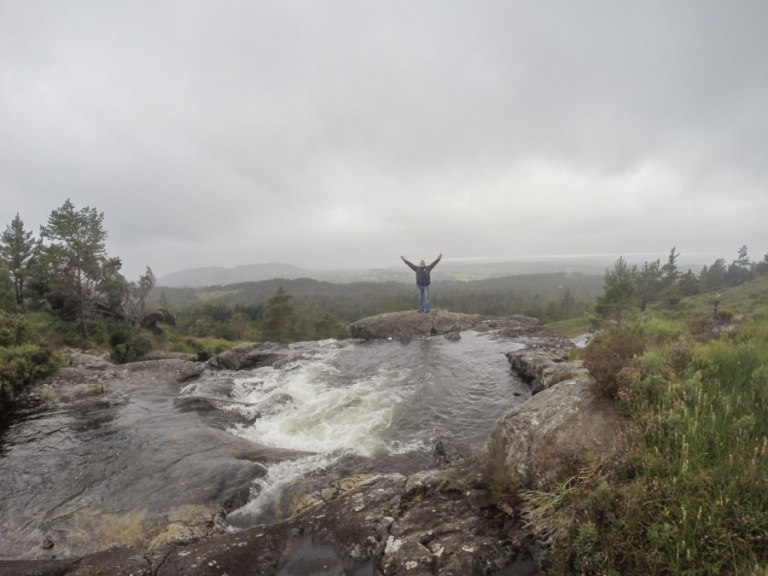 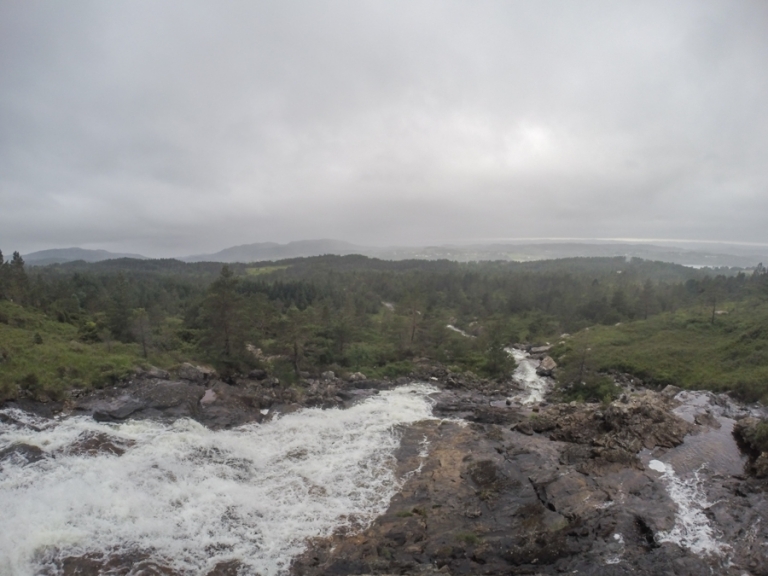 Looking down the waterfall

The weather can and does change RAPIDLY

And then the weather changed and for a second it was pretty scary and very exhilarating.  I looked behind me and I saw this cloud moving down the mountain, through the trees and coming for us and we RAN lol. We ran down that mountain because those clouds were going to engulf us!! That was exciting!

If you’re looking for other hikes locally, read this post on hiking in Sunnhordland. 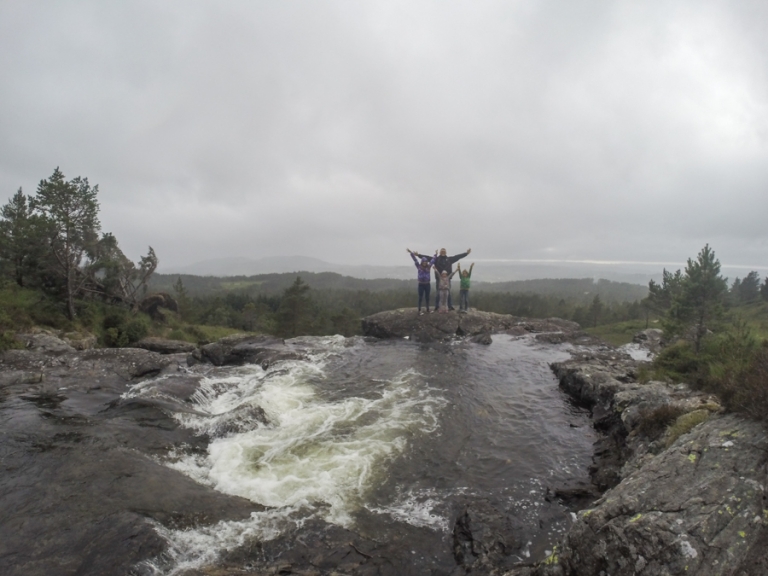 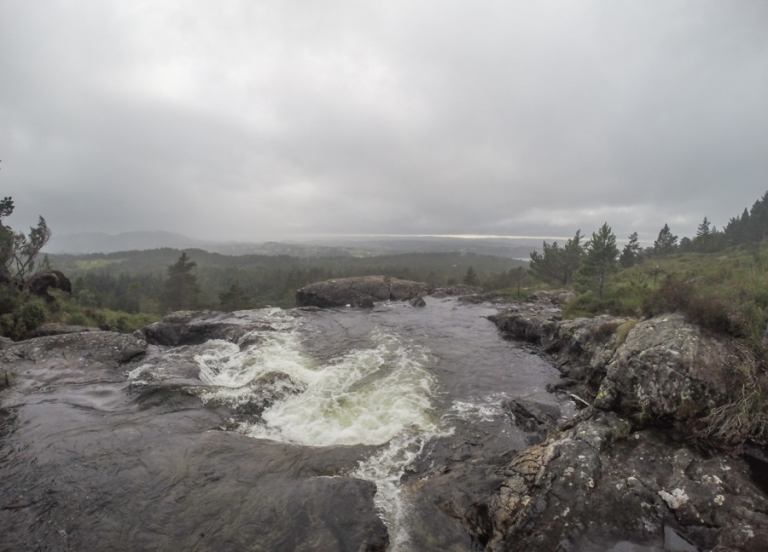 Long exposure of the waterfall

By the time we got to the waterfall, it was raining hard but there was no way that I was not going to take some long exposure photos.  My filters were covered in water, I tried my best to hold my cagoule over the camera but then I was soaking wet… it was such good fun though and the roar from the waterfall made it so exciting. 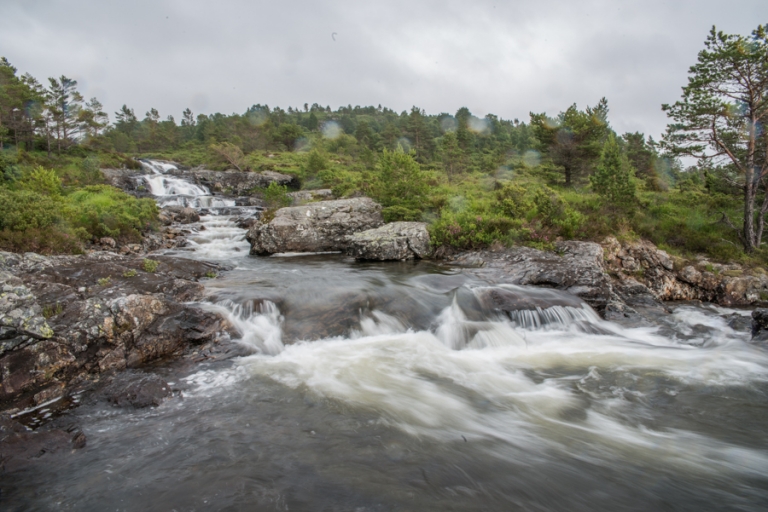 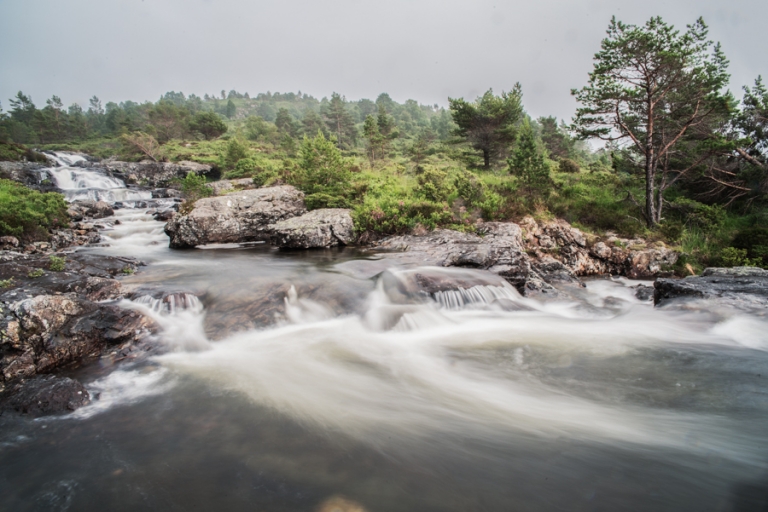 Stay On The Island Of Stord

You can use this map to look for local accommodation on the island of Stord.

What Else Could You Do In Norway?

Spread the love
1
Share
1
Share
Posted in Norway
« Maroochydore River Boathouse at Sunrise
Five things to do in Eidfjord, Norway »