If you’re heading to Slovakia and planning to spend some time in Bratislava,  you MUST climb the UFO Tower. Here’s how and why. 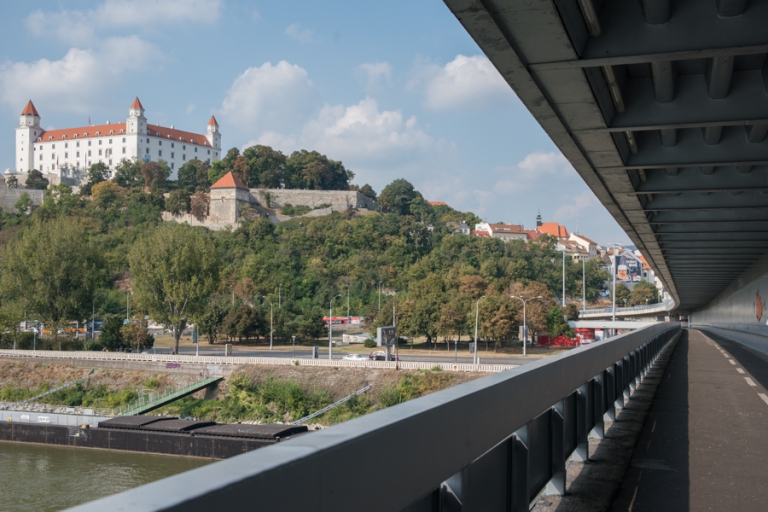 The bridge and Bratislava castle

What’s In A Name?

Since it’s completion in 1972, the UFO tower bridge in Bratislava has been known by three different names; Most SNP, Novy most and UFO Bridge.  Most SNP (Most Slovenského národného povstania) literally translates to Bridge of the Slovak National Uprising.  Novy Most translates to new bridge and of course UFO needs no translation.

From 1972 to 1993 it was refereed to as Most SNP, however in 1993 it was changed to Novy Most to unify its name with that used by the people. In 2012 the Mayor petitioned a vote to change its name back to Most SNP. It is advertised as UFO bridge in English speaking tourist brochures.

The bridge is the world’s longest cable stayed bridge which also happens to be asymmetrical. Of course, unless you’re an engineer or especially interested in bridges the bridge itself is of no real concern, it is the flying saucer shaped restaurant and viewing platform which attracts visitors. 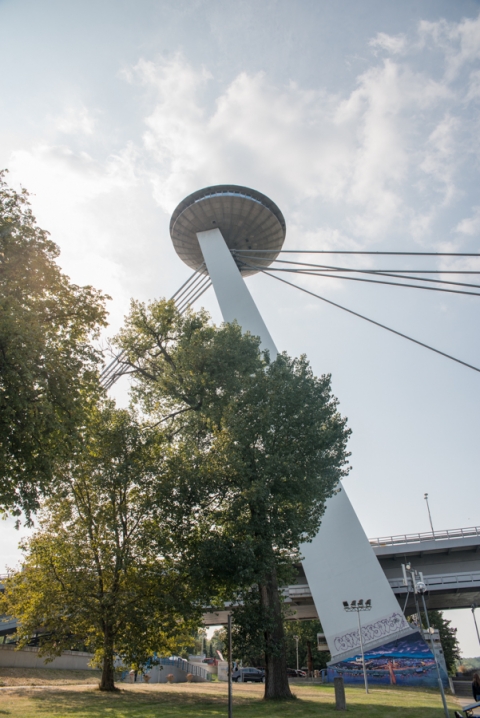 How To Get To The UFO Tower

We chose to walk from Old Bratislava (which was mostly destroyed by the construction of the bridge) and across the bridge. It’s just short of half a kilometre long (430m) and takes a few minutes to cross.

You can walk on either side of the bridge and get a different view each time. Each pedestrian area is separated to the sides with the cars driving through its centre. Every time a car goes past, you can feel the bridge move although you can’t see the cars. 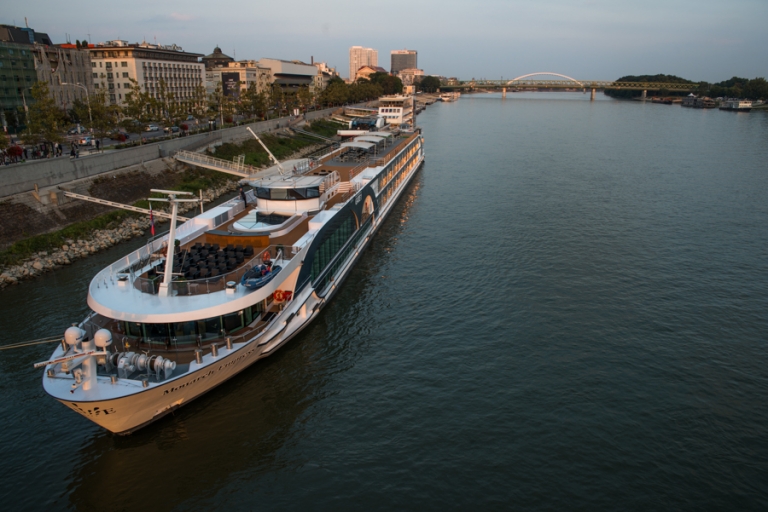 Walking to the UFO tower in Bratislava, you have views of the Apollo bridge 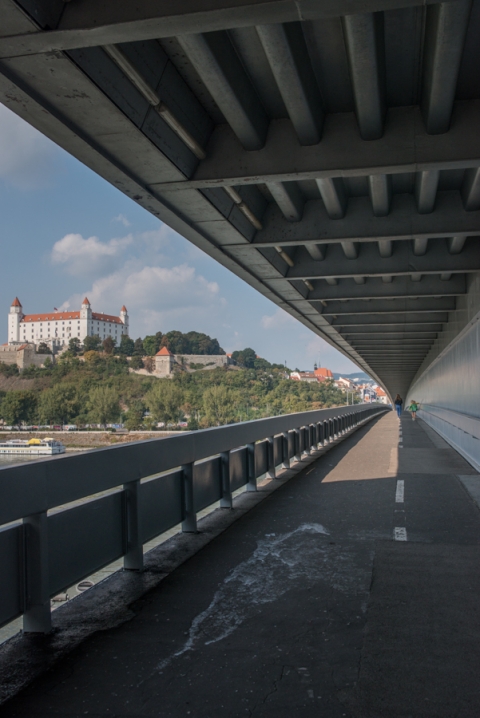 For the majority of the way up the tower you catch the elevator. It isn’t exactly strenuous although the last bit of the journey comprises of two series of metal steps. It’s a minimal effort.

The entrance fee is approximately 7 euros for adults and 3 or 4 for children. Foolishly I didn’t keep my ticket stub!

A panoramic from the top of the UFO tower

The View From The Top Of The UFO Tower

With 360 degree views across Bratislava and the neighbouring countryside it’s a great site.  We watched the sun set over the river before heading back to Bratislava town where we stayed on the Botel Marina. It was great fun for the kids and our cabins were comfortable and clean and brilliantly located on the waterside. 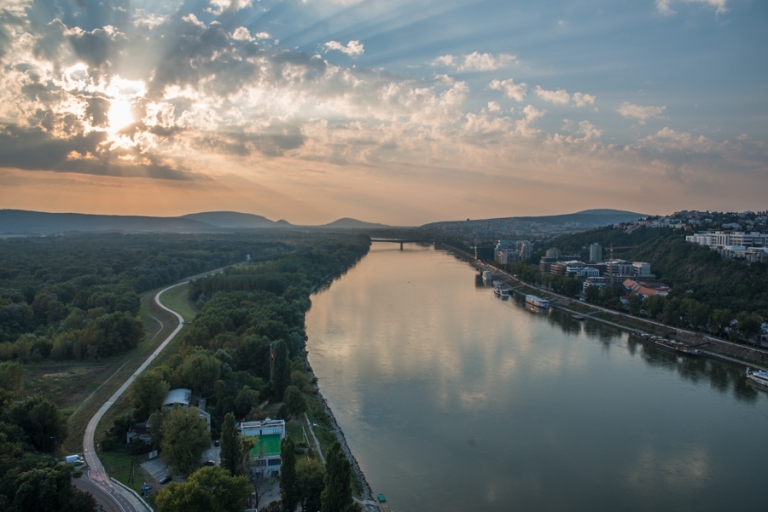 Sunset from the UFO tower Bratislava 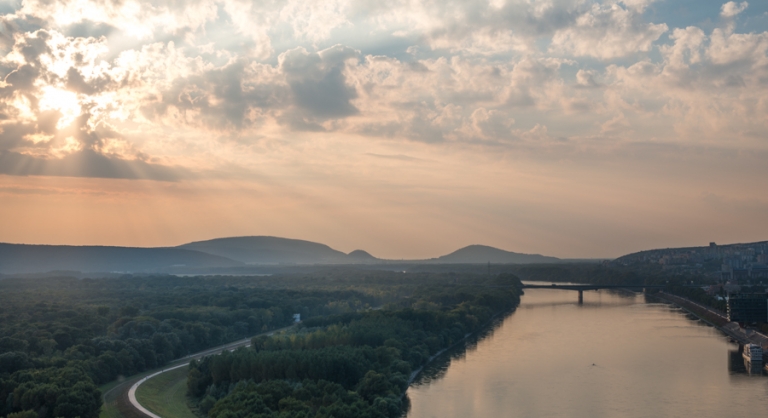 Sunset from the UFO tower 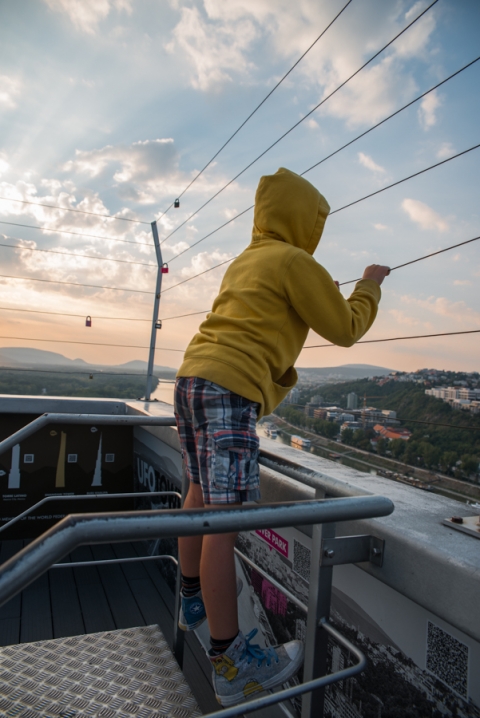 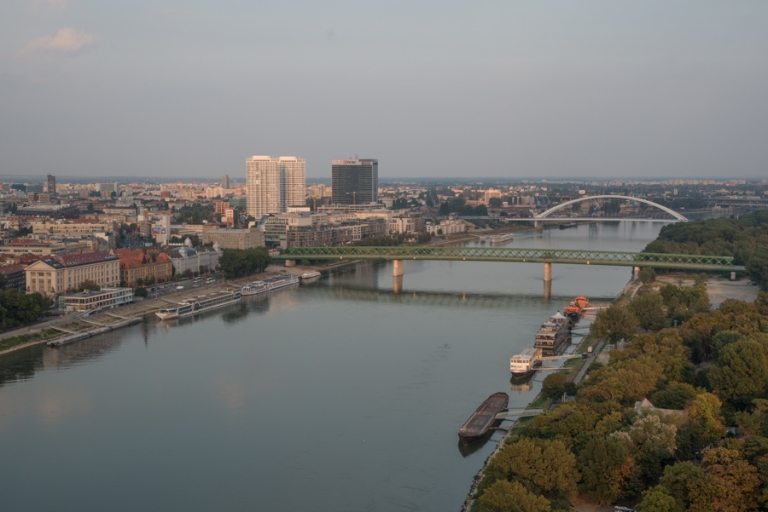 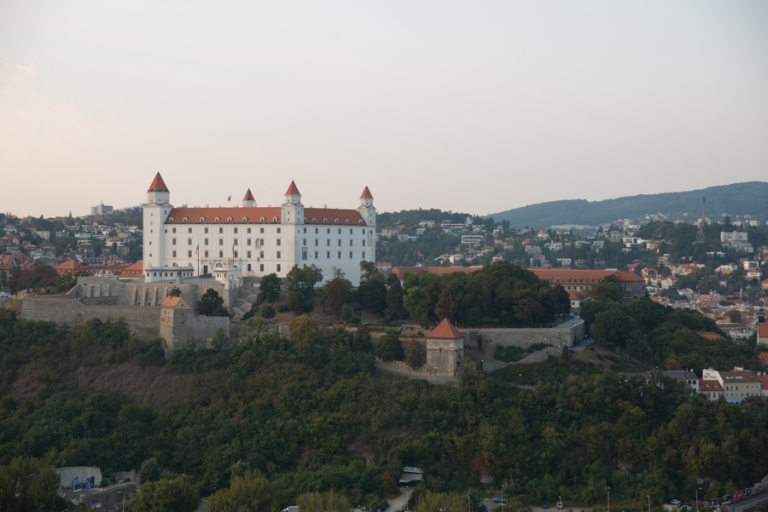 Bratislava castle from the UFO tower 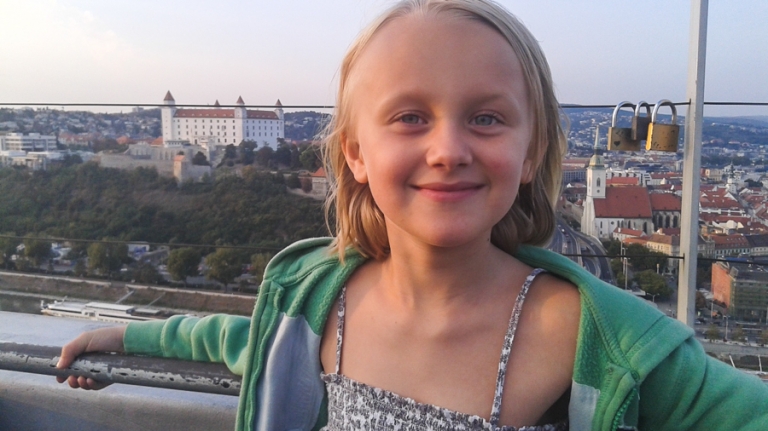 Phone shot of Imogen on the viewing UFO tower

Looking For Other Things To Do In Bratislava With Kids?

Our most favourite thing to do in Bratislava was not a day trip to Bojnice Castle BUT the Mackafe. A Cat Cafe that served great vegan drinks and snacks. 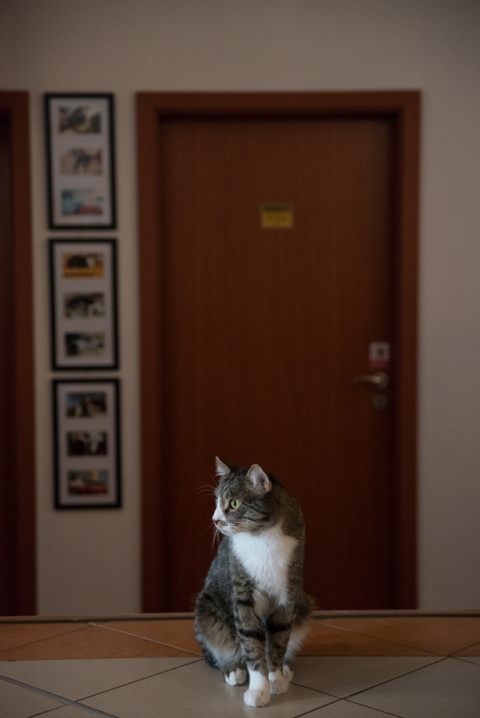 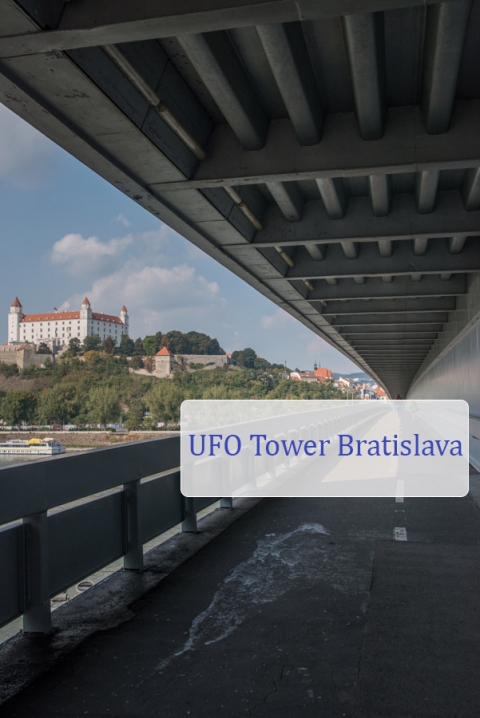 What Else Could You Do On Your Travels?

Spread the love
2
Shares
2
Shares
Posted in Slovakia
« What To Expect From Taking Kids To The DDR Museum, Berlin
You MUST Visit The Iconic Busselton Jetty In Western Australia »