We’ve been stung a few times by supposed sanctuaries that we felt furthered the abuse of animals. First there was Tangkahan Elephant Sanctuary in Indonesia and then there was Petencito in Guatemala so when we heard about Centro de Rescate Las Pumas in Guanacaste, Costa Rica, you could forgive us for being cynical. However, it is the nicest sanctuary we’ve been to so far and for that reason I recommend that you visit.

Sitting in the north east of Costa Rica, under the watchful eye of Tenorio and Miravalles volcanoes, Centre de Rescate: Las Pumas is roughly 35 minutes drive from Liberia in Guanacaste.

This area of Costa Rica was my favourite and you can read more about our travels in Guancaste by heading to our Costa Rica blog section: COSTA RICA

Prices for foreigners and nationals are given in two different currencies although we did pay for ours in cash and in colones.

Cost of entry for foreigners:

The opening hours are:

Some history about the Centro de rescate: las pumas

The centre is funded by a not for profit organisation called The Hagnauer Foundation which was founded a Swiss couple (Mr & Mrs Hagnauer) who relocated to the area in the 1950s. They opened the centre in 1989 as a wildlife conservation area for sick or injured animals who could not be released.

“Mrs Lilly” (Hagnauer) as she was affectionately known by the locals died in 2001 and the centre is now managed by her daughter and close friends.

What makes this place special

For us there has to be balance between our children learning through seeing and not damaging through presence.

This is hard to manage with animals but as we walked around between the enclosures, we could see there were small streams, trees and verdant green plants to disguise the animals habitat and keep it as natural as possible. Some of the enclosures are fairly large much more so than a zoo and the foliage gives a protective feel.

There is nothing going to disguise that these animals are in captivity and that they’re kept in wire mesh enclosures however many of the flowers and plants attract butterflies, birds, squirrels and lizards native to the area giving the place a more authentic feel. There are also large signs requesting people talk quietly and respect the animals in their home.

Why are the animals at Centro de rescate: las pumas

Of the six species of wild cat found in Costa Rica, five can be seen at Centro de rescate: las pumas. These include the two largest, the jaguar and puma, as well as smaller ones like the margay, ocelots and the jaguarundi.

Both the white-faced capuchin and spider monkey can be seen at the centre, as well as white-tailed deer, river otter, the greater grison and brightly coloured birds like the Toucan, Scarlet Macaw, Red-loreat and Mealy Parrot. All of the birds have been rescued from homes or from people trafficking them. Many were fed on human food and didn’t develop correctly or their wings were damaged so they couldn’t fly.

On the whole the enclosures are spacious and try to mimic the natural environments of the animals – most of which are native to Costa Rica.

For example, small streams run through the animals’ spaces which feature trees, thick plants and bushes, dead logs and rocks with the aim of providing shelter and camouflage.

The enclosures have bi-lingual signs that describe the story of each animal and explain how they arrived at the centre. There are 18 enclosures in total, and we spent about two hours self-guiding around the paths, reading the signs and trying to spot the animals. Sometimes this isn’t easy as there’s a lot of foliage for them to camoflauge into.

I didn’t take a huge amount of photos at the centre; mostly because it was challenging through the metal so I hope I’ve been able to give you an indication of what the centre is like.

It’s a good experience for kids and ours had a lot of fun but I felt like they learned quite a bit too. The signs are all bi-lingual and easy to read giving a brief description of the animal and its life. We were able to spend time, quietly watching the animals and not being too intrusive. If you have the time just to sit and be still, I think it’s really worth it.

How can you help?

The centre estimate that they rehabiliate and return to the wild over 60% of the animals they receive.  There are some animals unable to be released as they are deemed incapable of surviving back in the wild so they become permanent residents.

The Foundation is run solely on the admission fees from visitors and sponsorship from business, therefore 100% of the money is put into the foundation and thus the care of the animals.

You can help by visiting, donating to the foundation through their webpage (https://centrorescatelaspumas.org) or by volunteering.

The centre has a number of programs, mostly for students studying animals, however they do accept volunteers for more than a month. If you’re interested you can apply there: https://centrorescatelaspumas.org/programa-de-voluntariado/ 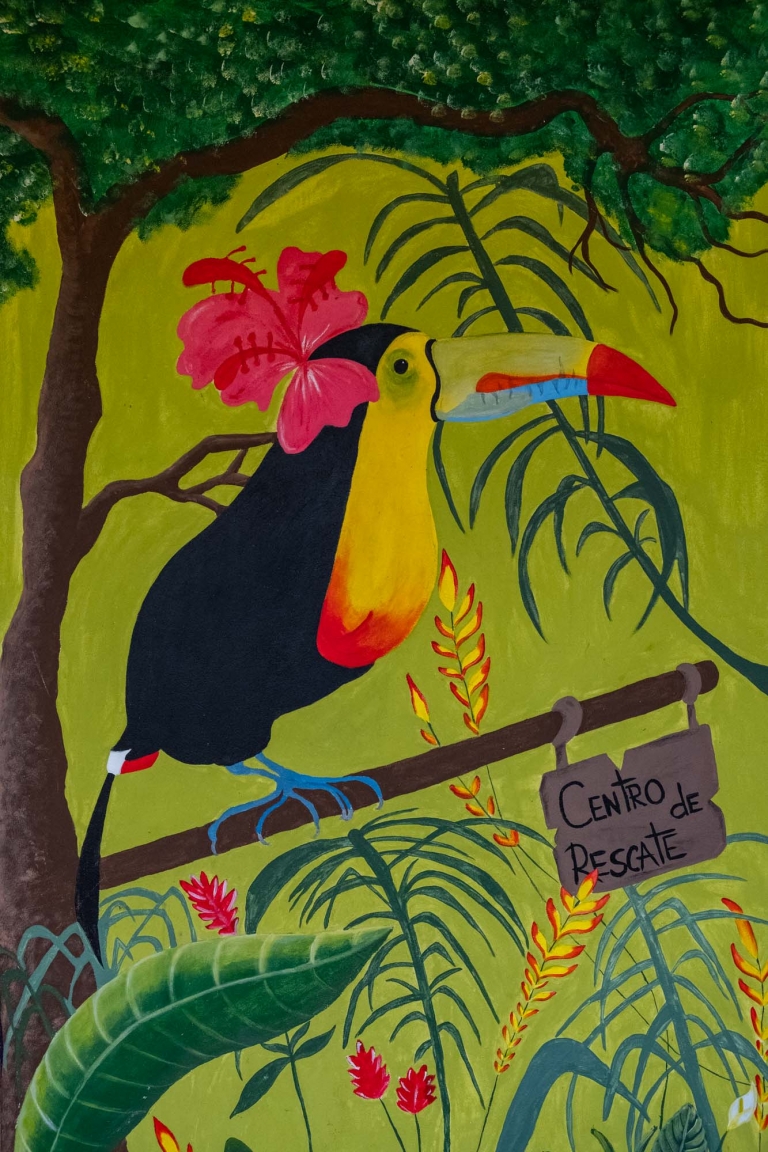 What else did we get up to?